In the first nine days of March South Jersey witnessed both a three-inch+ snowstorm and record-setting heat. 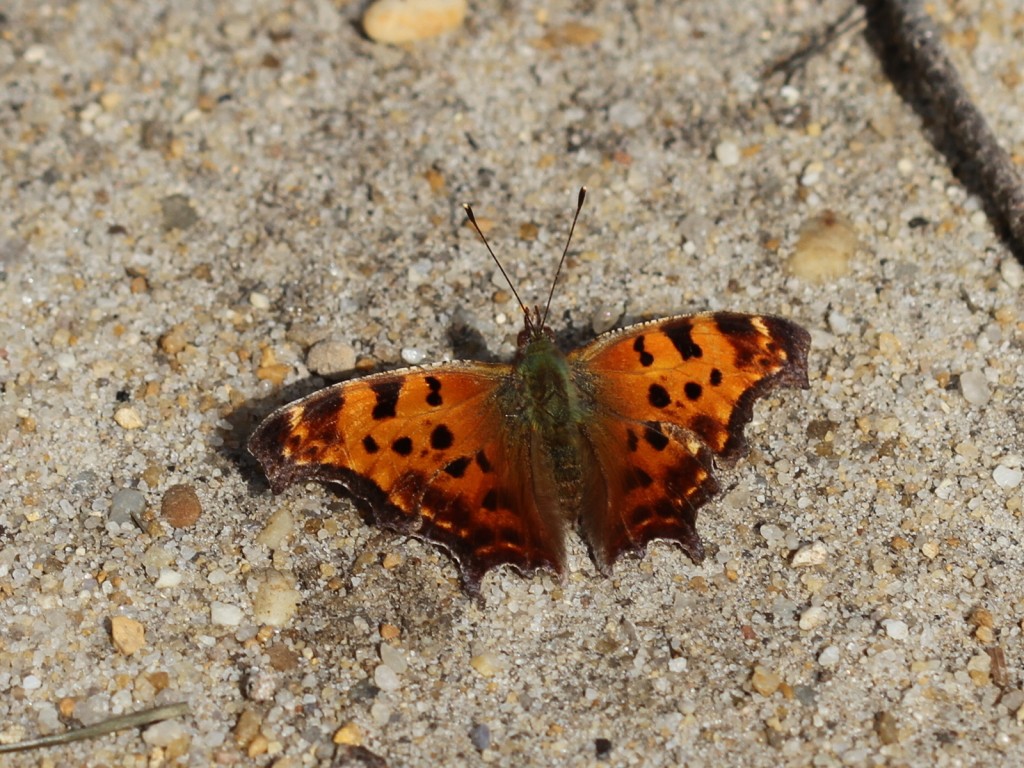 Comma numbers have been good: 12 different reports (of 21 individuals) so far in March. Dave Amadio photo’d this one at Glassboro WMA (GLO) on March 9. 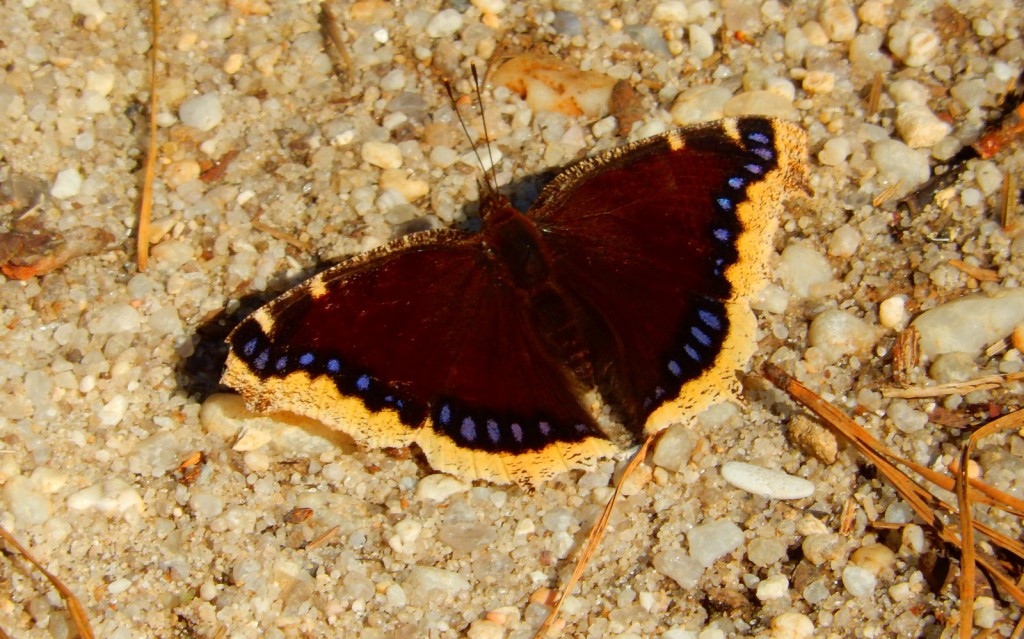 This mourning cloak, photo’d by Jack Miller at McNamara WMA on March 8, was one of more than 60 individuals we have recorded so far this month. 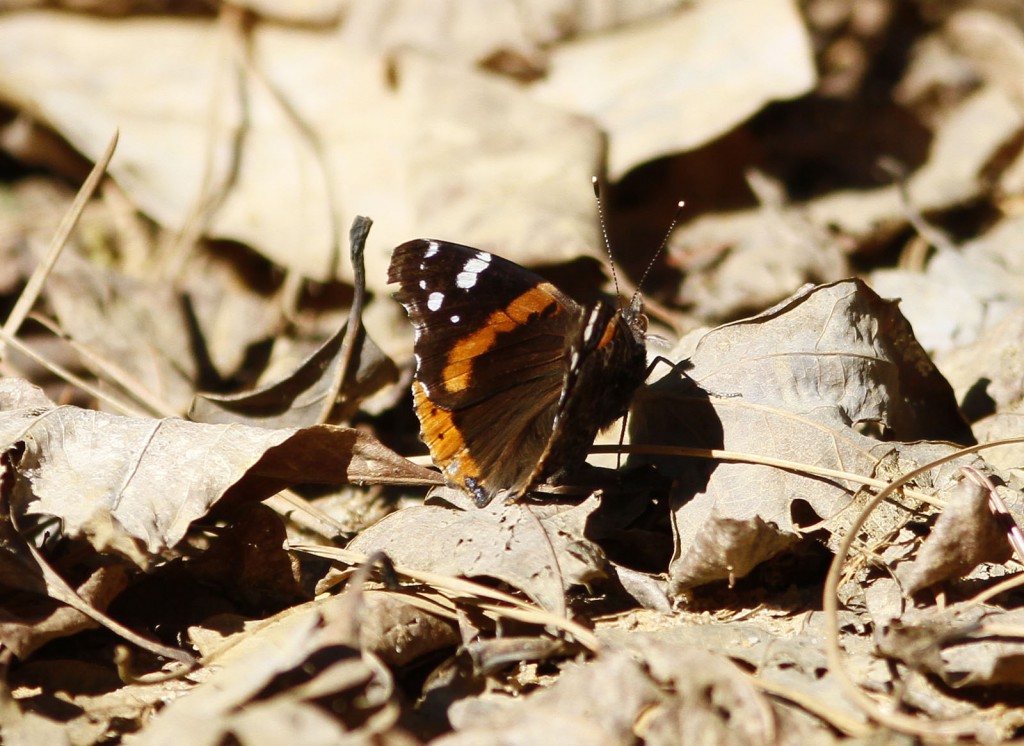 Pat and Clay Sutton documented this red admiral (our only one for the month so far) at McNamara WMA on March 1.

In a quick scan of our records, 2008-2015, I can find no previous year where March opened with a matching outbreak. The one year that comes close is the very warm March of 2012, when we recorded eight species in the first nine days of the month (we missed clouded sulphur and red admiral then, but found “spring-form” summer azure).

For contrast, does everyone remember last March?

From March 1 through March 9 of 2015 we recorded a single individual butterfly. That’s right: one. Chris Tonkinson and Will Kerling found a single, lonely mourning cloak on High’s Beach Road in Cape May on March 9, and it was our first butterfly of the year. (And we went another eight days — until March 17 — before anyone found any other butterfly of any species.)

Obviously, it’s a very different story this year. Numbers of commas and mourning cloaks have been particularly impressive, and we have already found blueberry azures in five of our eight counties: Cape May, Cumberland, Gloucester, Atlantic, and Camden. 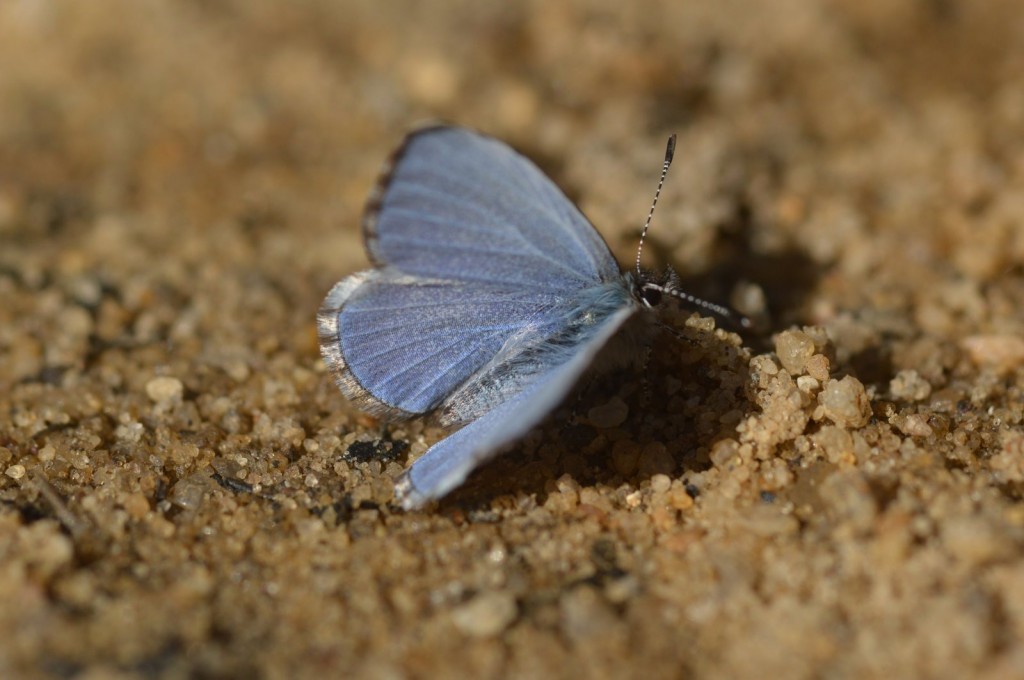 Will Kerling captured the hard-to-photo dorsal side of this male blueberry azure on Beaver Dam Road (CMY) on March 9. 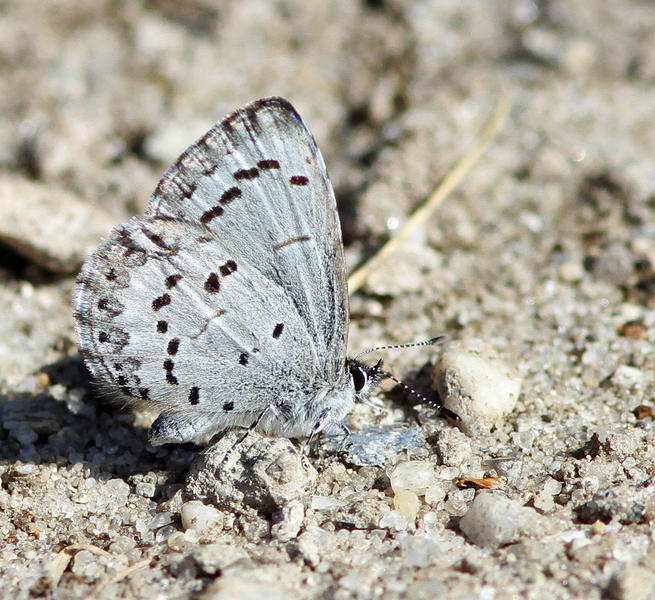 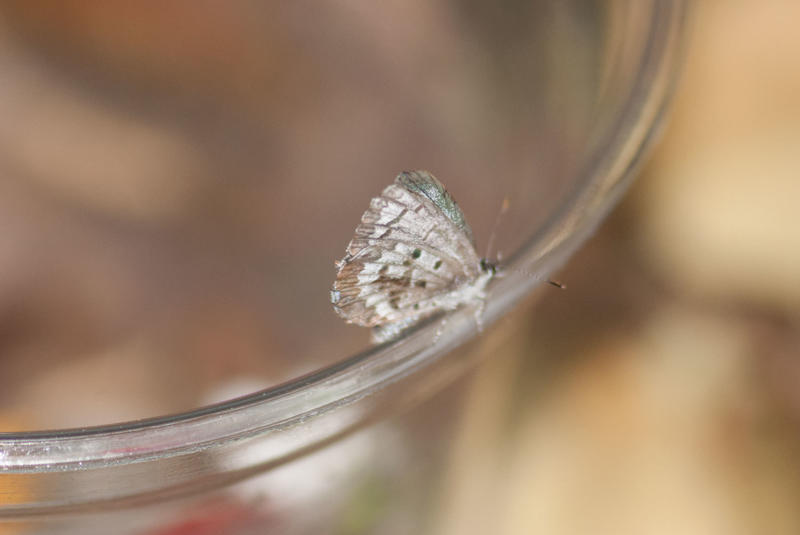 PS: For some thoughts on the never-ending challenge of azure identification, here are some past posts with diagnostic photos and also links to research by David Wright and Harry Pavulaan:

This entry was posted in First Emergences, ID Challenges & Tips, Links to Research Articles, Looking At Our Data, Lycaenids, Nymphalids. Bookmark the permalink.