What Is A Hermaphrodite? 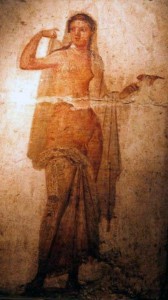 According to the Oxford English Dictionary, a hermaphrodite is, “A person or animal (really or apparently) having both male and female sex organs.” The term originates from the ancient Greek myth of Hermaphroditus. The OED describes Hermaphroditus as, “son of Hermes (Mercury) and Aphrodite (Venus), who, according to the myth, grew together with the nymph Salmacis, while bathing in her fountain, and thus combined male and female characters.” Hermaphrodites were considered creatures of myth, or regarded as signs from God for their deformity.

In the nineteenth century, however, hermaphrodite was commonly used as a term to refer to those who did not fit in the gender binary of either male or female. The term was used to refer to intersex individuals, or those whose gender or sexual organs were unclear. However, this term was often used to connote the monstrous, freakish, or the individual being an oddity. According to the OED, the definition of hermaphrodites once had the component of, “Formerly supposed to occur normally in some races of men and beasts; 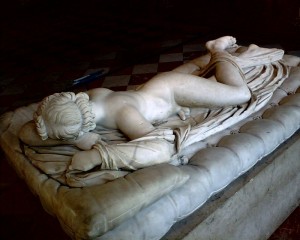 but now regarded only as a monstrosity.” Several medical texts during the time period, such as The Boston Medical and Surgical Journal and The Medical Examiner, regard cases of intersexuality as hermaphrodism, often treating the patients as medical oddities. One case of note is that of James Carey. After his death, artist James Akin created a pamphlet describing Carey as a freak and brutish man, including renderings of Carey’s corpse and eyewitness accounts that were largely unflattering. A link to Akin’s article can be found here. 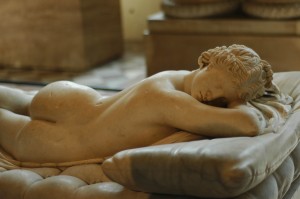 The term hermaphrodite slowly went out of use late in the 19th century. As medical science advanced with the discovery of gonads, the idea of the hermaphrodite went out of fashion. The term disappeared from use in the early twentieth century as the medical community realized that true hermaphroditism was impossible in humans.

Today, the term intersex is commonly used in place of hermaphrodite. In the OED, intersex refers to an “individual having characteristics of both sexes.” For more information on intersexuality, its history and its impact today, please visit the Intersex Society of America.