Biography
Hannah Crafts is a person who is somewhat of a mystery. For years, many people have searched for the person who composed the novel The Bondwoman’s Narrative. Her identity was originally thought to have been Jane Johnson until it was discovered that Jane Johnson is in fact referenced within the novel. 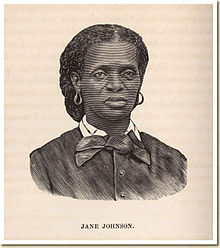 It was not until very recently that her true identity was discovered as Hannah Bond. We can make assumptions that pieces of the novel are true based upon the discovery that Hannah Bond was in fact owned by John Hill Wheeler who is Hannah’s owner at a point in the novel. We do not know much detail yet as to any specific information about Hannah Bond but hopefully we will soon when the book The Life and Times of Hannah Crafts is published by Professor Gregg Hecimovich who is the person that finally cracked the case of Hannah’s true identity. 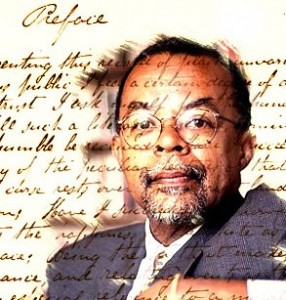 Henry Louis Gates, Jr. utilizes the first ninety two pages of his 2002 recovered text of The Bondwoman’s Narrative to explain his recovery of the manuscript and the search on which he embarked to discover the true author and the authenticity of the work as an autobiography. The manuscript was obtained by Gates through an auction. It was being sold from a collection of Dorothy Porter Wesley. Porter had obtained the manuscript from Emily Driscoll for $85 and Gates obtained it from Porter for $8,500. 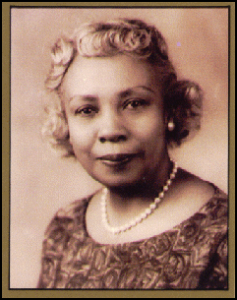 When the text was originally under review, Katherine Flynn made a suggestion that the author could have been Jane Johnson and Nina Baym suggested that she may have been Hannah Vincent. Both of these suggestions have been disproven, and as stated earlier, we now know the author is in fact Hannah Bond.
Critics have been trying to determine if the novel is a complete or partial autobiography. There are characters within the novel that have been discovered as real people in Milton, VA, which is one of the few places the author actually names. Crafts mentions the areas in Milton such as the steamboat landing along the James River. The detail with which the author explains her surroundings suggests that this novel is at least, in part, an autobiography.
The importance of this novel being rediscovered is that if this novel is in fact written by Hannah Bond, a fugitive slave, this would be a manuscript that was unedited by any white editors. This work would have been an actual slave’s thoughts without any changes by another human being. This would make this work very unique and something that should be recognized as a complete original.

The narrator of The Bondwoman’s Narrative and main character, Hannah Crafts, was born into slavery and never knew her parents. She was a light-skinned slave and around the age of 8 or 9 years old she became a caretaker for the other slave children. Later, she would become a house servant which was a considered a better class of servitude compared to being a slave in the fields.  When Hannah was a young girl, she befriended a neighbor,  an older white woman named Aunt Hetty.  Aunt Hetty, who was very religious, taught Hannah how to read from the Bible.  This not only satisfied Hannah’s deepest desire of learning how to read but also gave her religious training which she followed for her entire life.  In her lifetime, Hannah was owned by two different families and, temporarily, one very deceitful man  named Mr. Trappe.  Hannah was forced into escaping from the last family that owned her when she was dismissed from the house and told to work in the fields and to marry a field slave named John.  She would have become his concubine. She couldn’t bear that thought so she ran away disguised as a young man.  Her fugitive escape took her from North Carolina to New Jersey.  She married a minister and became a Sunday school teacher.

There are multiple themes in this novel, such as freedom and loyalty,  but the theme of ignorance is particularly interesting. At the end of Chapter 1, we come across a passage: “Ignorance, forsooth. Can ignorance quench the immortal mind or prevent its feeling at times the indications of its heavenly origin. Can it destroy that deep abiding appreciation of the beautiful that seems inherent to the human soul? Can it seal up the fountains of truth and all intuitive perception of life, death and eternity? I think not. Those to whom man teaches little, nature like a wise and prudent mother teaches much.”

Hannah asks these questions dealing with life and death to make readers think. It is clear that Hannah enjoys an intellectual life that is different from the other slaves’ lives. She likes to read, paint, and learn, and this passage shows Hannah’s desire for art and culture. This passage is telling the reader that Hannah’s enslavement can’t and won’t stop her from appreciating life’s beauties and enriching her mind. Hannah is on a quest for freedom. She shows us how ignorance is used to control slaves.