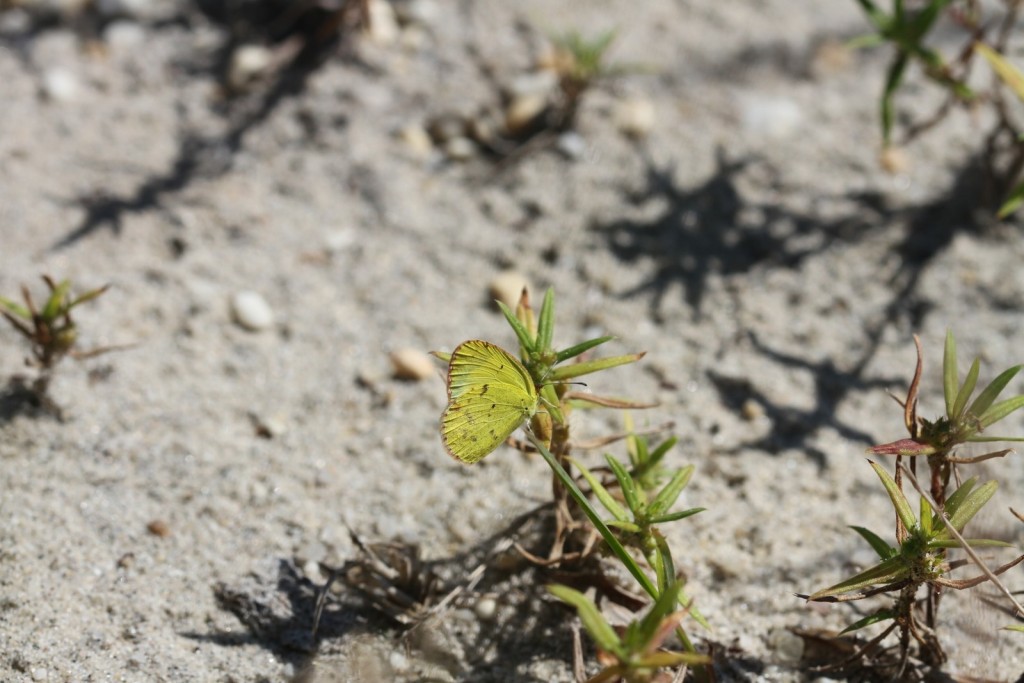 Our log has now recorded little yellows in four of our eight years. Dave Amadio documented the species’ appearance in 2015 with this and other photographs from Cape May Point on 9-18-15. 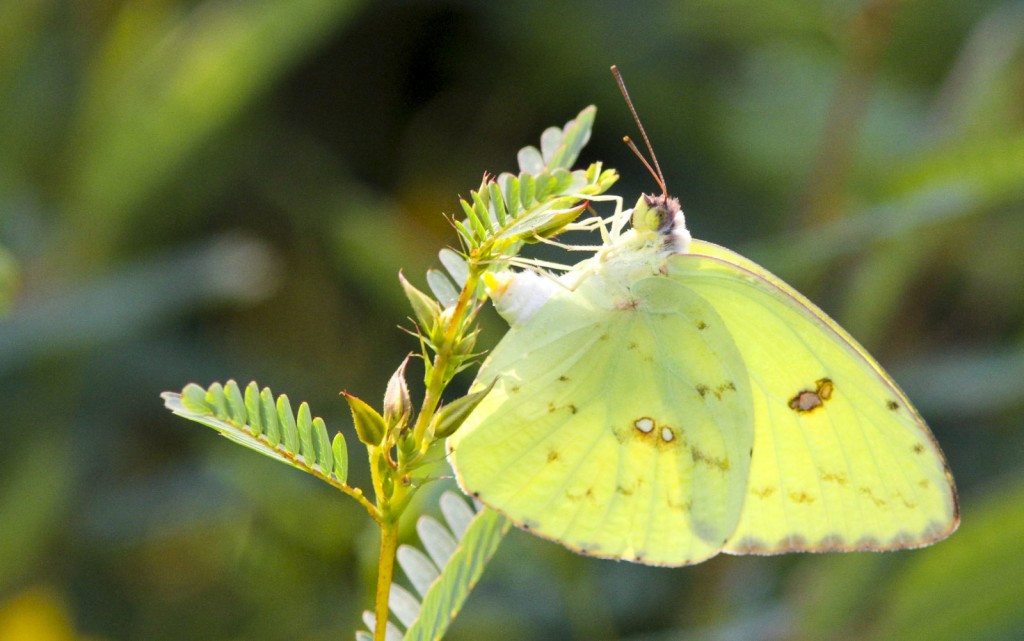 Cloudless sulphur, our most regular southern vagrant, has been building in numbers recently. Beth Polvino photo’d this beauty in her garden in North Cape May on 9-3-15.

It’s that’s exciting time of year for butterfly watchers when we can see migrants on the move in both directions in southern NJ: NJ breeders heading south and southern species migrating in what seems the wrong direction, north through southern New Jersey and sometimes beyond. 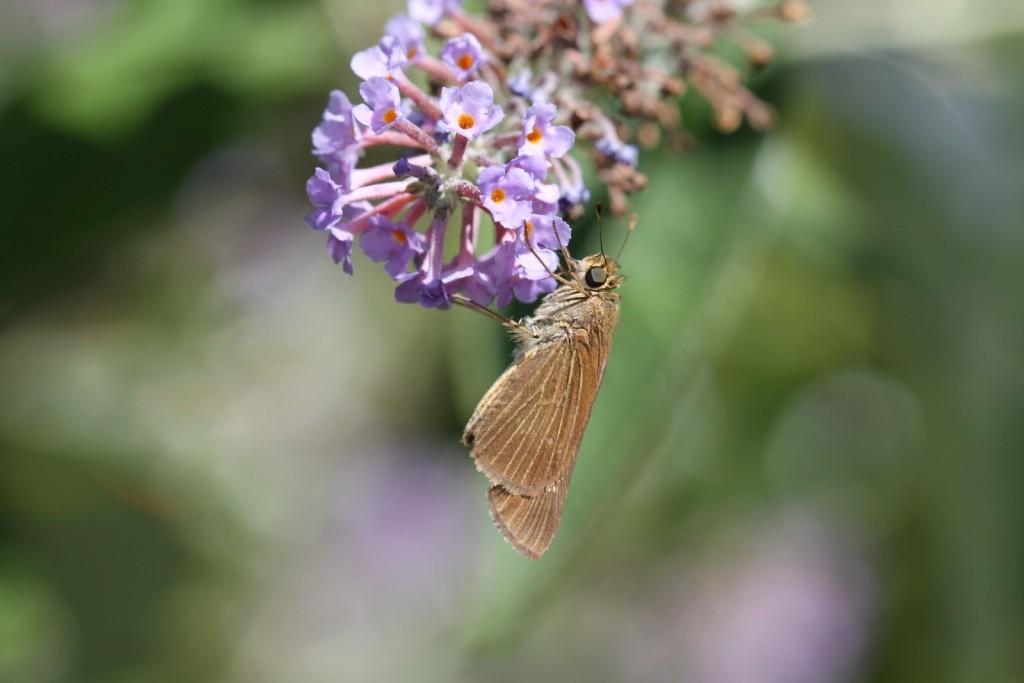 Ocola skippers have been recorded (in varying numbers) in all eight years of our log’s existence. This one was photographed by Dave Amadio at Cape May Point on 9-18-15 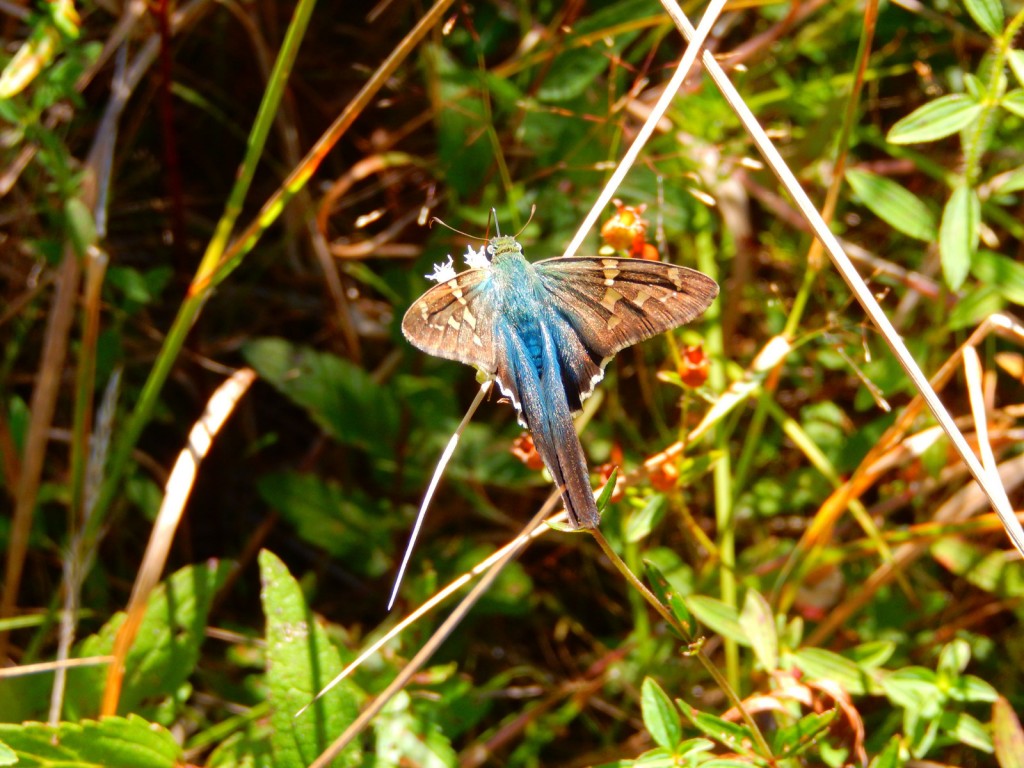 This long-tailed skipper found by Jack Miller at McNamara WMA on Sept 14 is the only individual documented by photograph so far this year.

On Sept 15 Teresa Knipper had three of the southern strays in her garden in Cape May on the same day: cloudless sulphur, fiery skipper, and Ocola (as well as half a dozen white-m hairstreaks).

On Sept 19, Dave Amadio recorded the first Ocola ever for Wheelabrator Refuge in Gloucester County — the 53rd species recorded there: 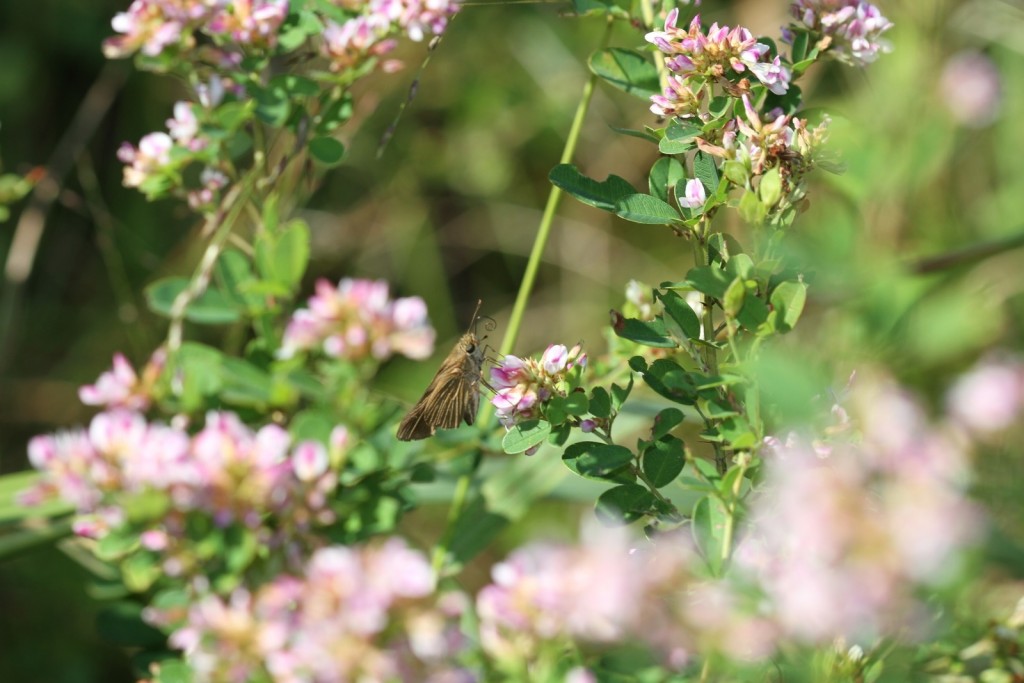 Jean Gutsmuth and Chris Herz recorded our first fiery skipper this year at Mannington Marsh on July 10 — and we now have reports from four counties: Salem, Atlantic, Gloucester, and Cape May. 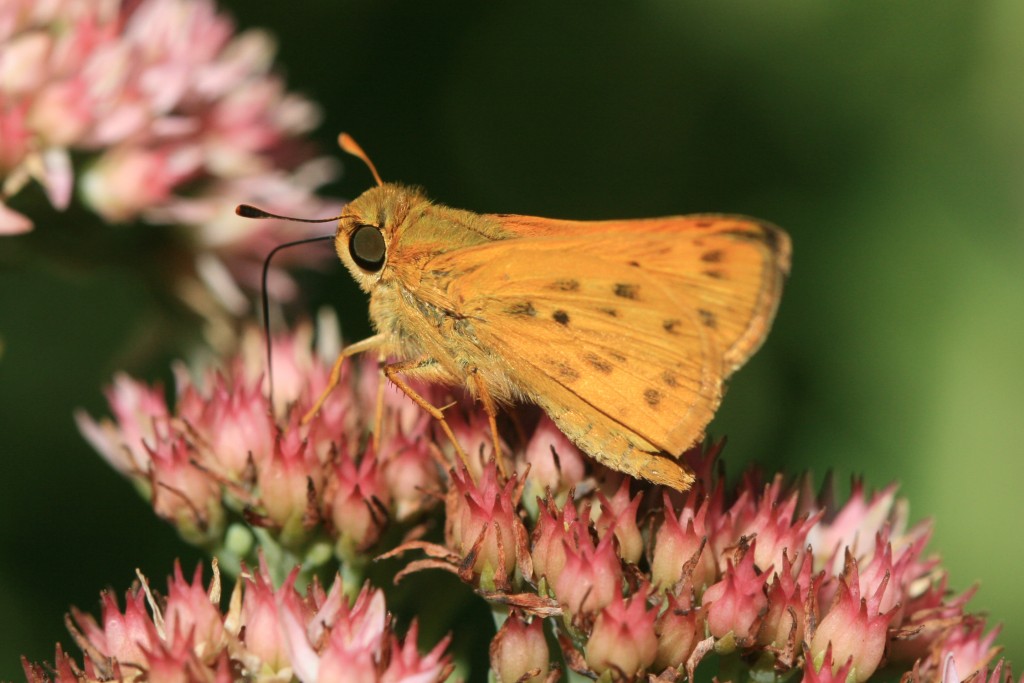 We also have southbound migrants headed in the “right direction,” of course — south toward warmer wintering areas. Monarchs are the most -celebrated and best-studied species. The Cape May Bird Observatory’s Monarch Monitoring Project is this year celebrating its 25th year tagging and tracing the species. (Tracking the migration of monarchs in North America goes back to Fred Urquhart’s work beginning in the late 1930s.) 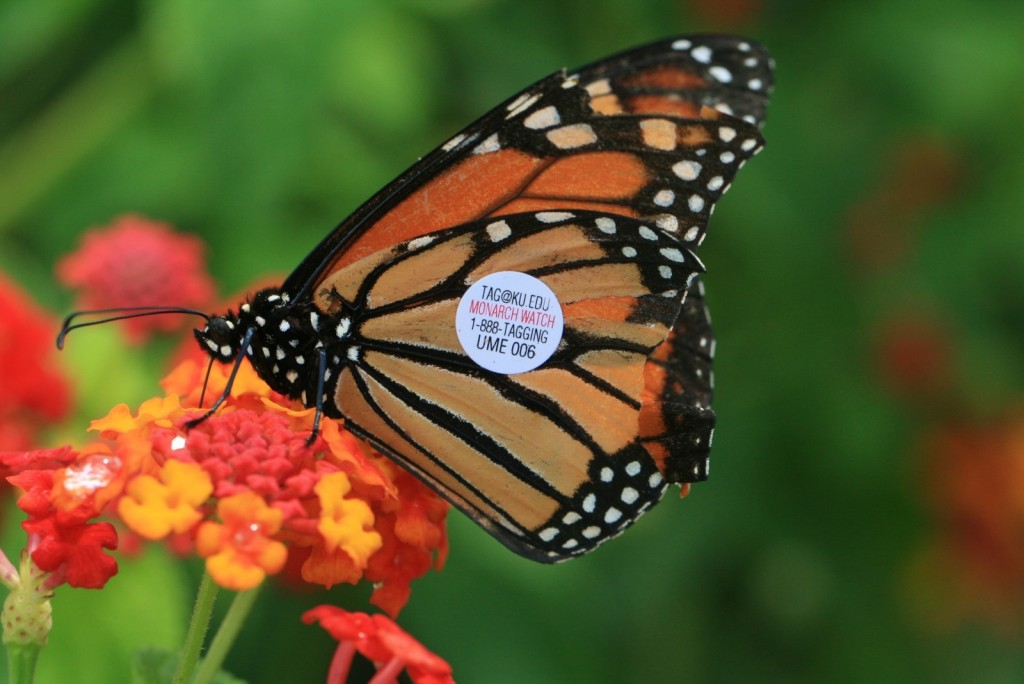 One of the first monarchs tagged in Cape May this year (photo’d at the Triangle Garden in Cape May Point on September 6.)

But other butterfly species migrate in NJ as well, although how many do so has not been certainly documented. This group may include clouded sulphur, variegated fritillary, both ladies, red admiral, common buckeye, question-mark, eastern comma, American snout, and very possibly others. Documenting their movements has proven to be difficult as most of them do not gather in large numbers and so can get past us “under the radar.” This fall, however, common buckeyes seem to be on-the-move in good numbers. 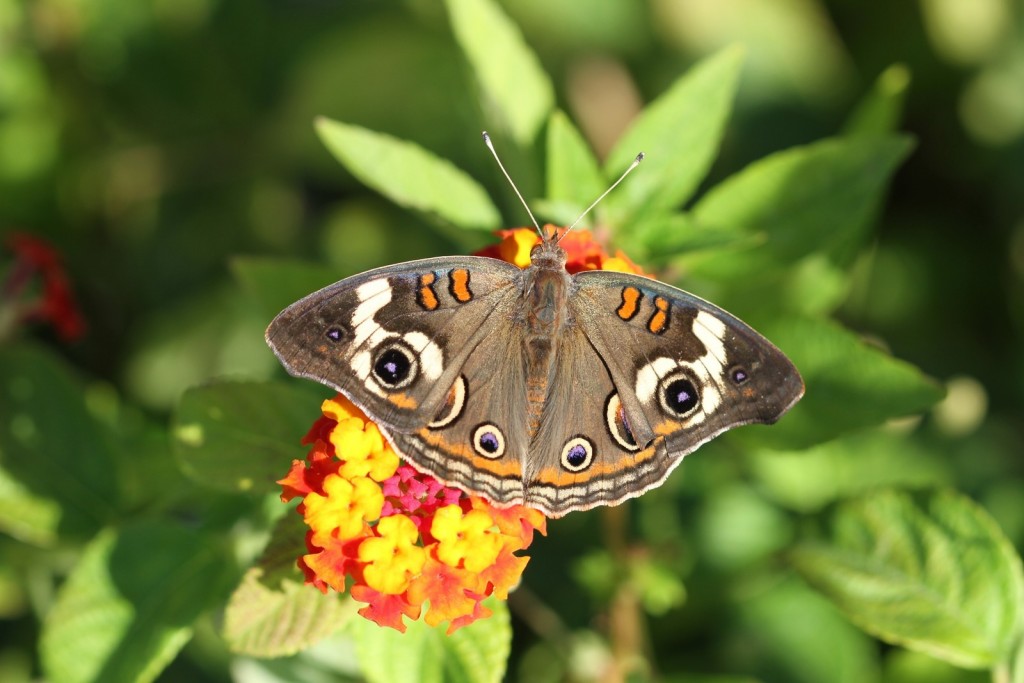 A common buckeye apparently engaged in “right-way” migration at Cape May on 9-18-15. Photo by Dave Amadio.

And here’s a post from 2012 when all six “regular” southern strays reached our area:

Here’s another from 2012 about that fall’s huge painted lady flight:

This entry was posted in Looking At Our Data, Migration, Milkweed Butterflies, Nymphalids, Pierids, Skippers. Bookmark the permalink.