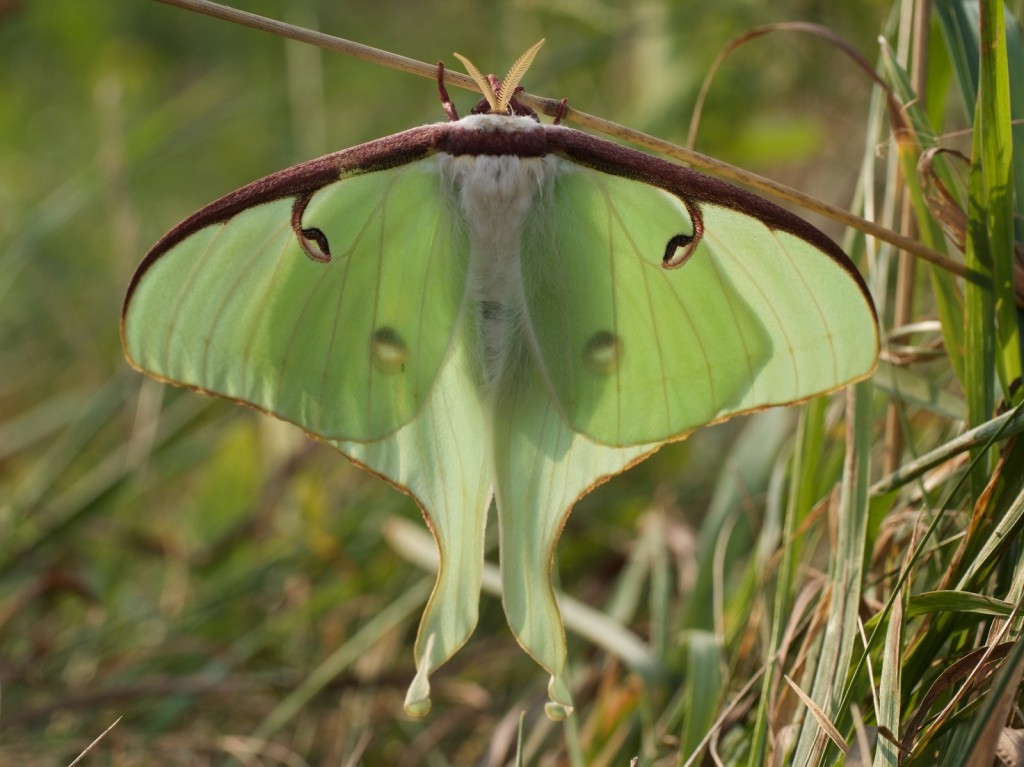 Among its many other advantages, David Reese’s new logging system allows us to share our photographs much more easily than we could previously.

You can see all 70+ photographs posted by our observers in September 2015 by going to our new log at the link below. You can go backward chronologically through the most recent two weeks, or click on September 2015 (on right-hand side of page) to scroll from the beginning of the month. Click to enlarge any shot and hit ESC to return to the report.

Or, to see a few selected from the best and most interesting, keep scrolling here: 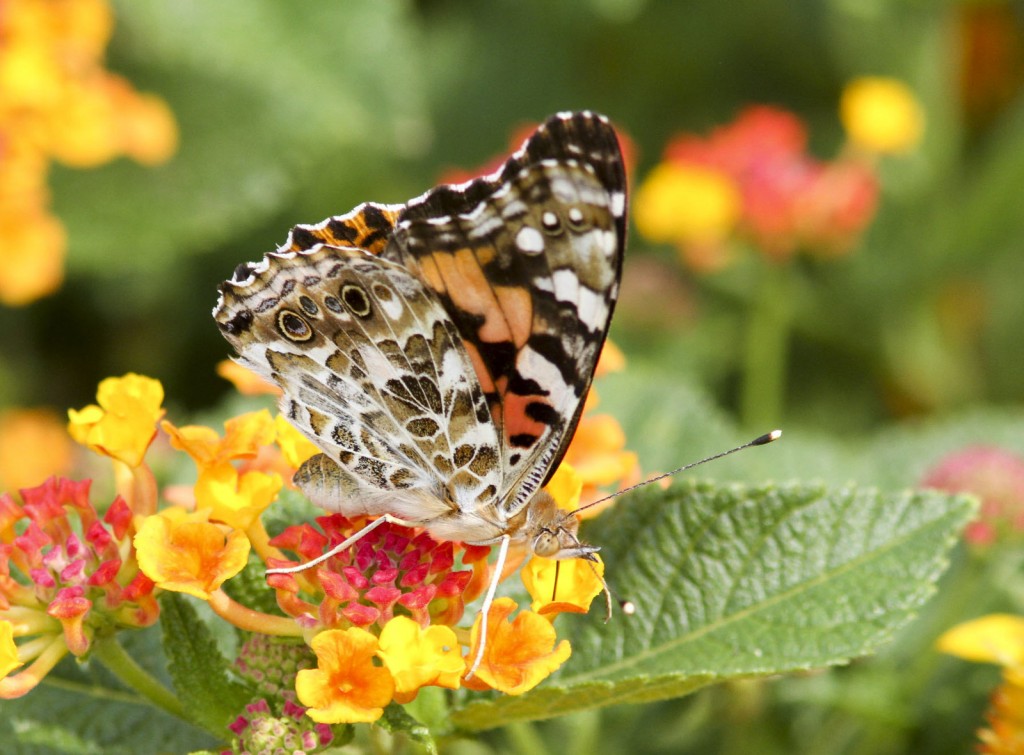 Painted ladies have been scarce in 2015, but Beth Polvino captured this one nicely with a photo in her garden in North Cape May on 9-2-15 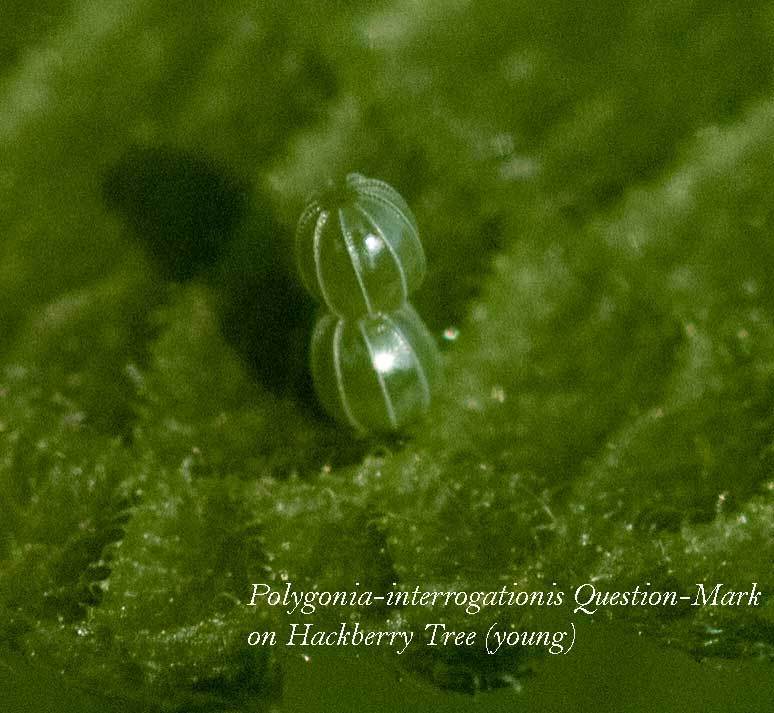 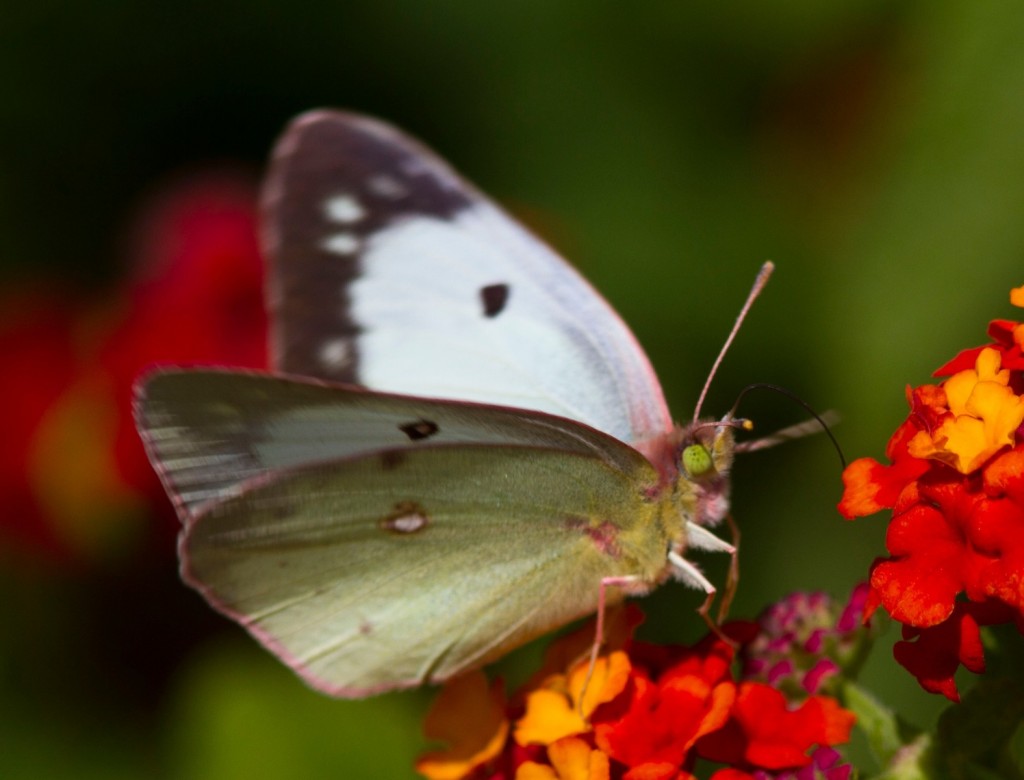 Our two Colias sulphurs are difficult to separate, especially white-form females. Beth Polvino’s super shot makes it possible here, though, because she caught this sulphur with its dorsal side showing. The pattern of white spots in the black indicates this is a clouded sulphur (Beth’s North Cape May garden on 9-6-15). 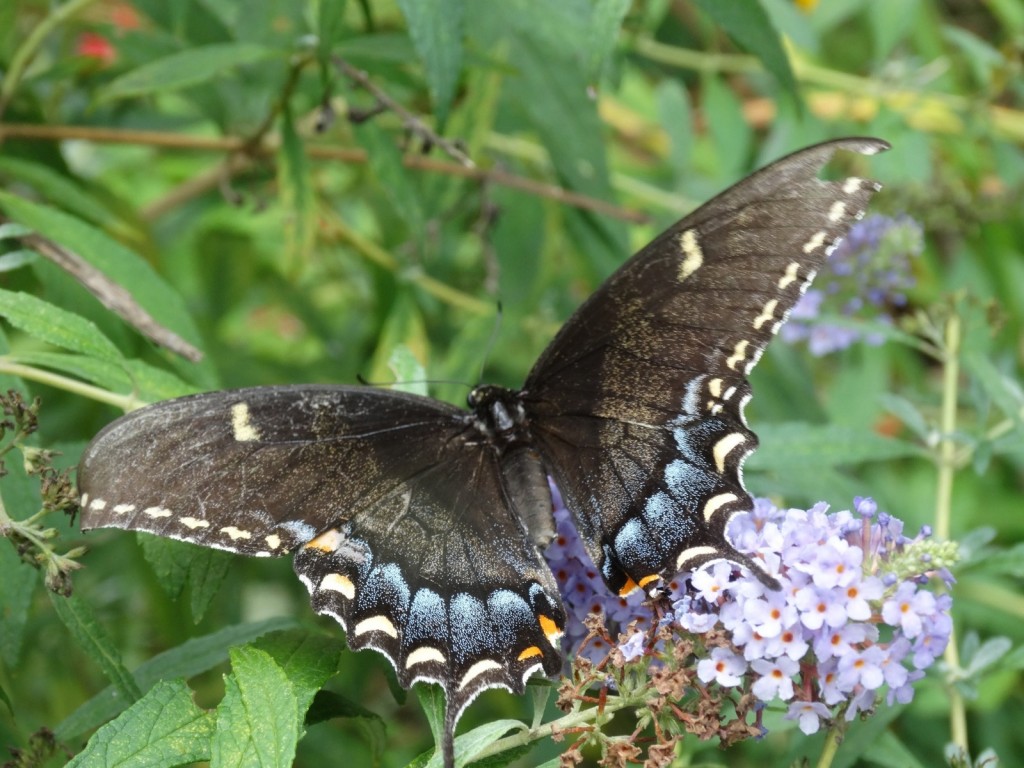 Black form eastern tiger swallowtails are a good find anywhere in South Jersey. Chris Herz photographed this one in her Audubon garden (CAM) on 9-12-15. 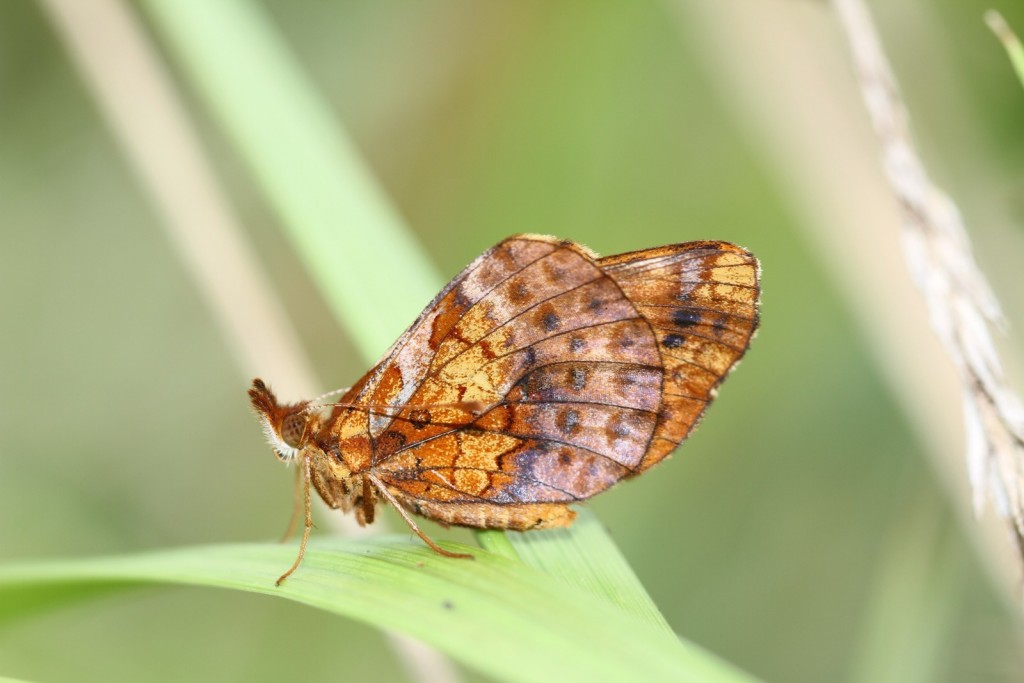 Meadow fritillaries hang on in South Jersey in just a handful of spots. Dave Amadio photographed this one in Salem County on 9-12-15. 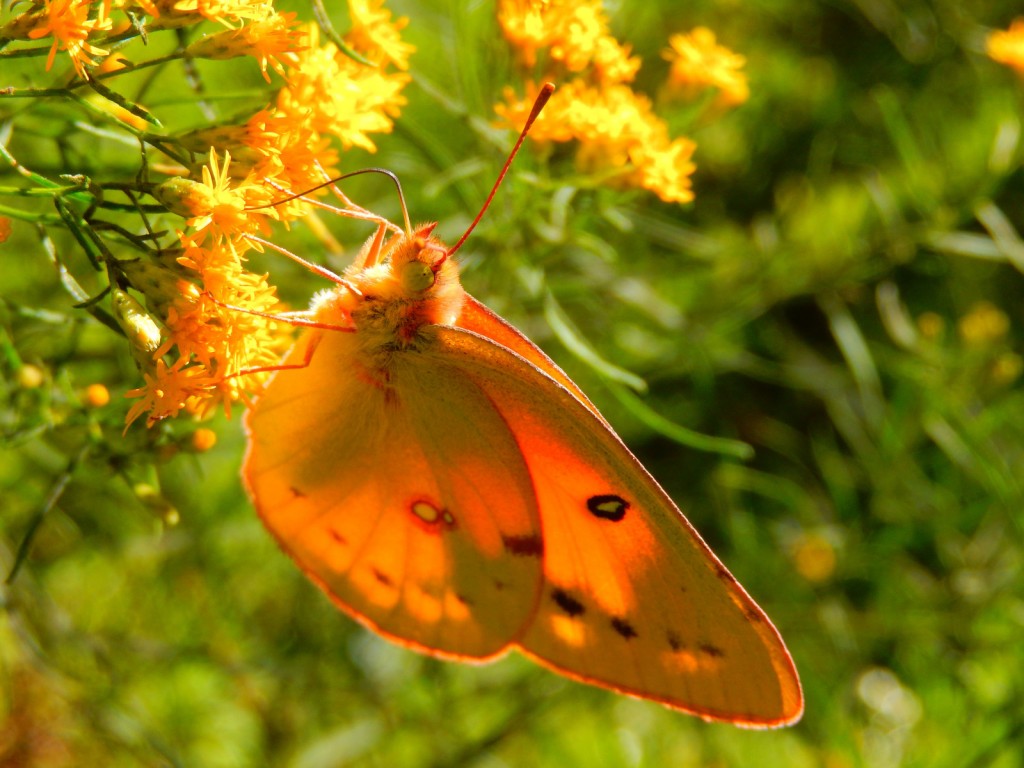 Sometimes you get such a good look (or see such a good photo) that separating our two Colias species is easy. That’s the case here with this shot of orange sulphur, C. eurytheme, by Jack Miller at McNamara WMA (CMY) on 9-14-15. 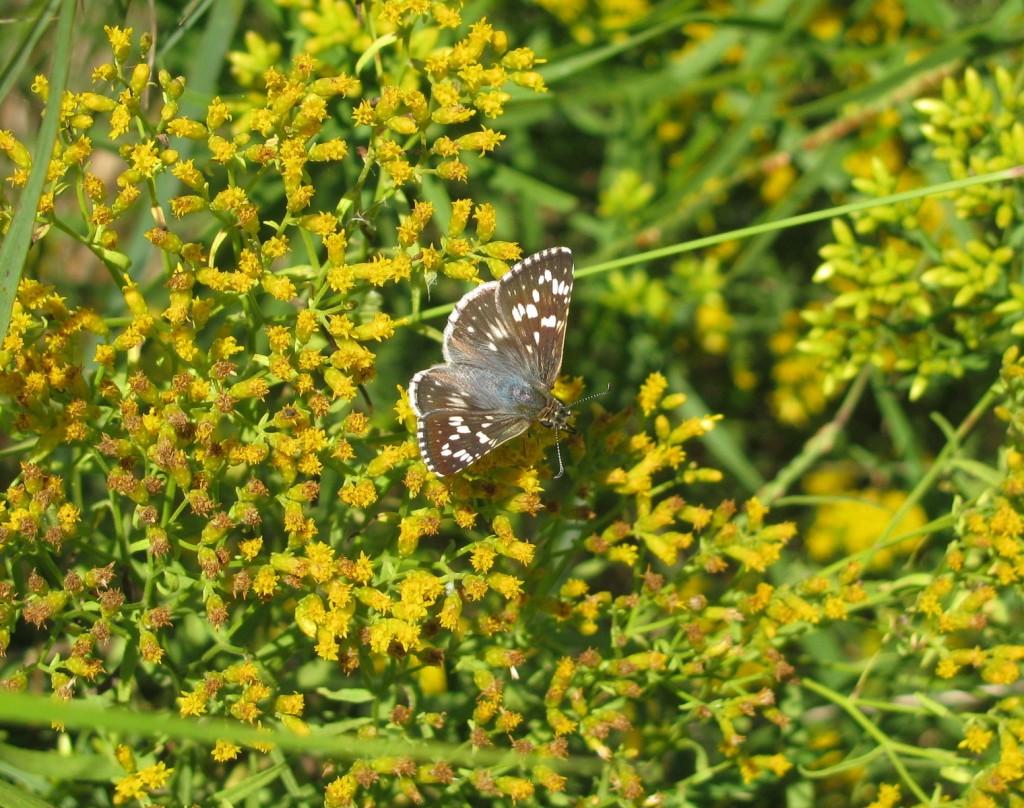 A beautiful shot of common checkered skipper balanced on the goldenrod by Steve Glynn in SAL 9-17-15. 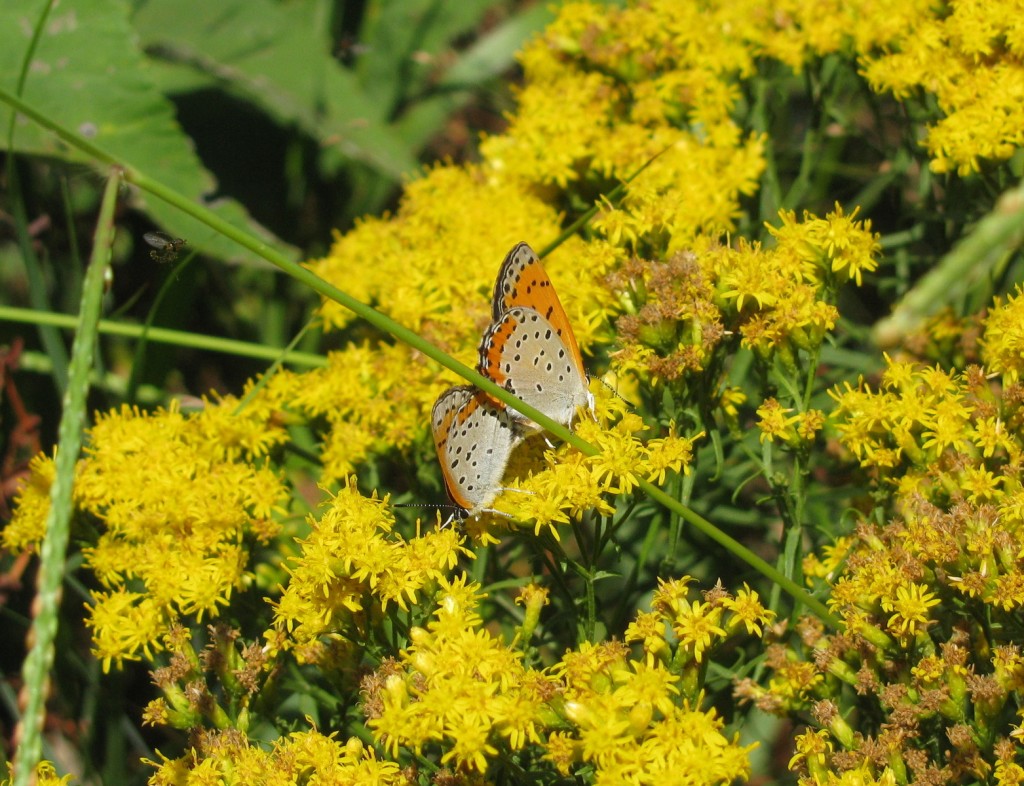 Another pretty shot by Steve Glynn in SAL on 9-17-15: mating bronze coppers, a species that struggles in South Jersey (and the whole state, for that matter). 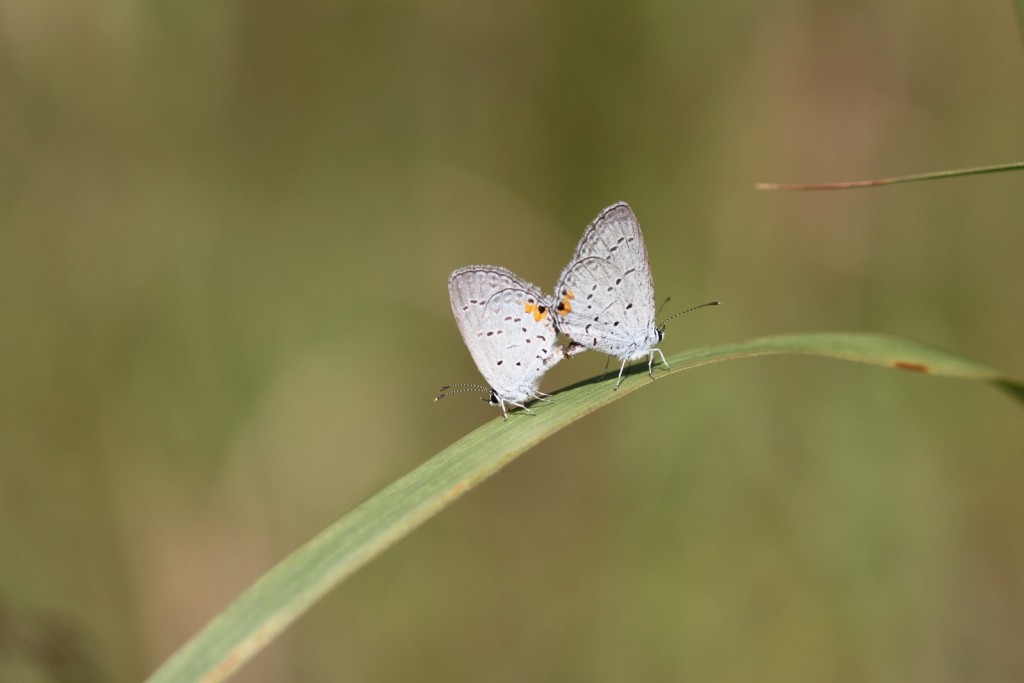 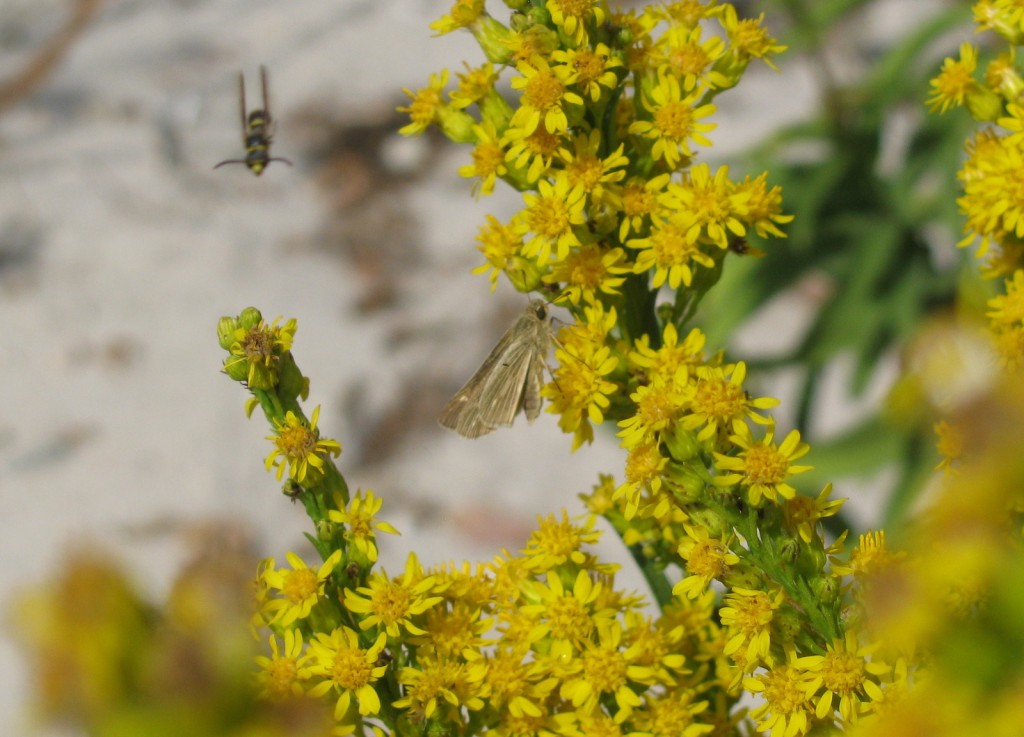 Just one of the 138 salt-marsh skippers Steve Glynn counted at Reeds Beach (CMY) on 9-19-15. That is a new high count for September on our log. 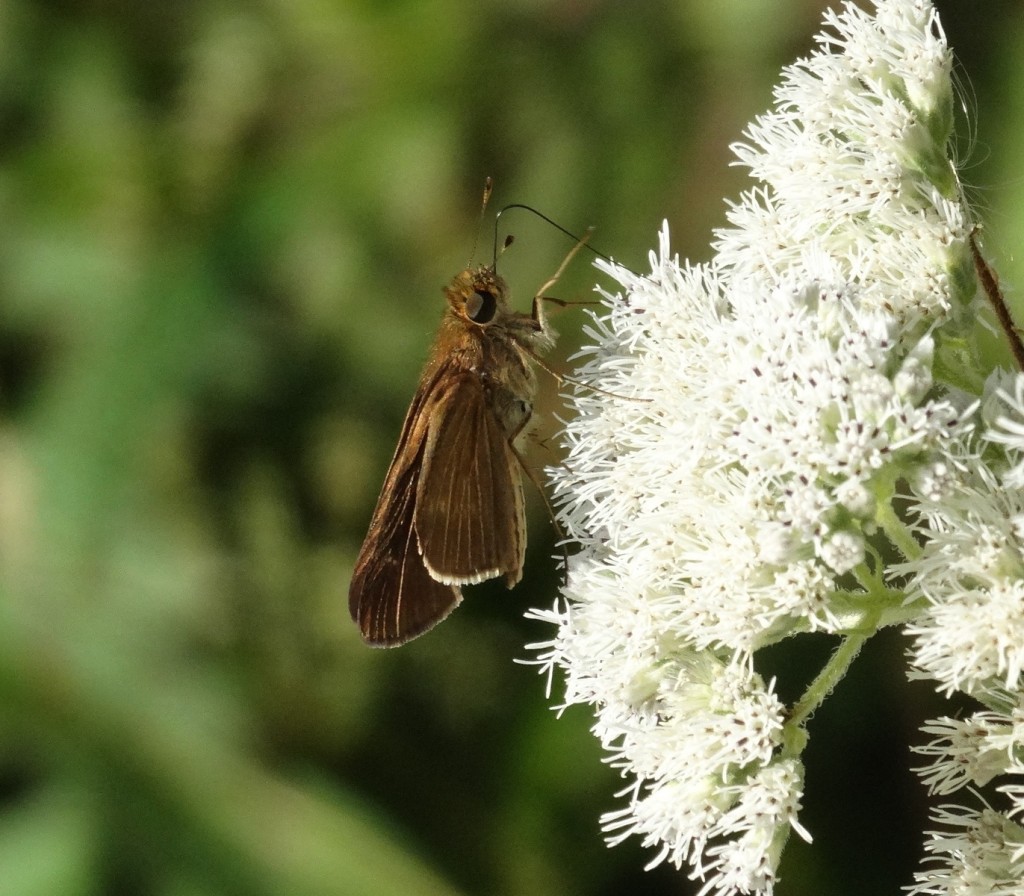 Ocola skippers are always a good find in South Jersey (or anywhere north of us). Sandra Keller captured this one nectaring on Eupatorium at Cape May State Park on 9-27-15. 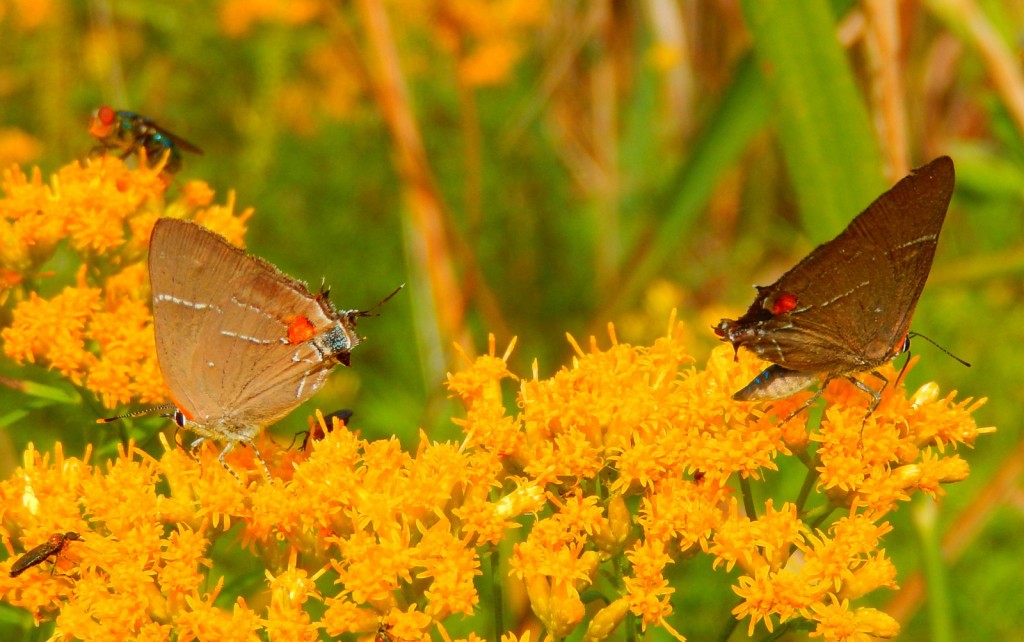 Thanks to each of these photographers for uploading their shots to our log.

Keep ’em coming, everyone — and let’s hope that after more than two months of near-drought conditions, we do not now get drowned in the two October storms that seem to be pushing our way at the moment.