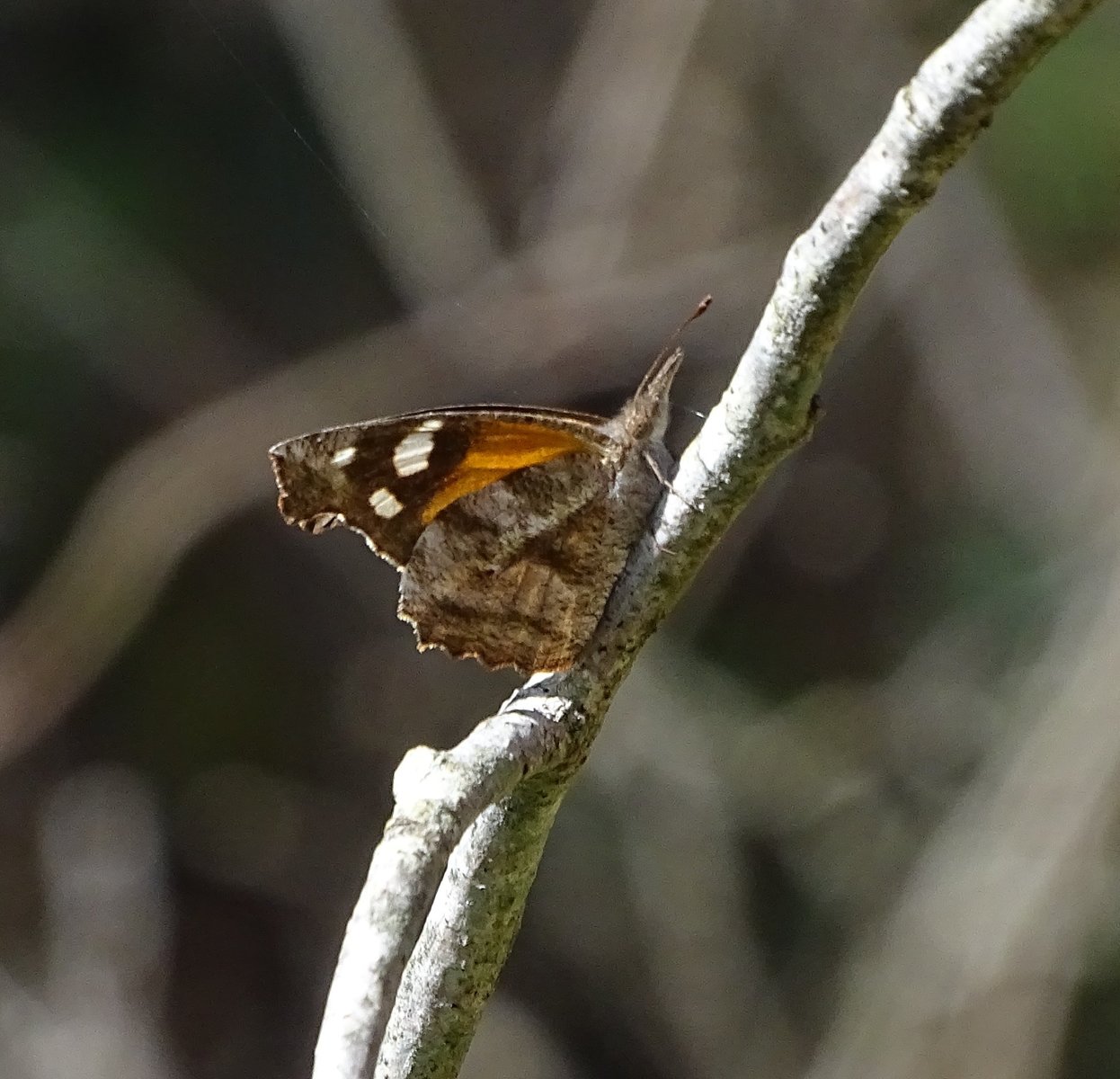 An American snout photo’d by Sandra Keller in Glassboro Woods on 3-14-20 toward the end of the species’ extraordinary winter in 2019-2020.

As of March 20, the first official full day of spring 2020, we can point to a startling sequence of numbers that spanned the South Jersey winter of 2019-2020:

Those numbers are the individual American snouts found and reported by our observers between December 21, 2019, the day winter began, and March 19, the day it ended.  We generated thirty-three reports of the species in that period — three reports in the last ten days of December, two reports in January, six in February, and twenty-two (!) in the first nineteen days of March.  Total individuals counted = 94, an average of just over one individual per day for the ninety-three official winter days. 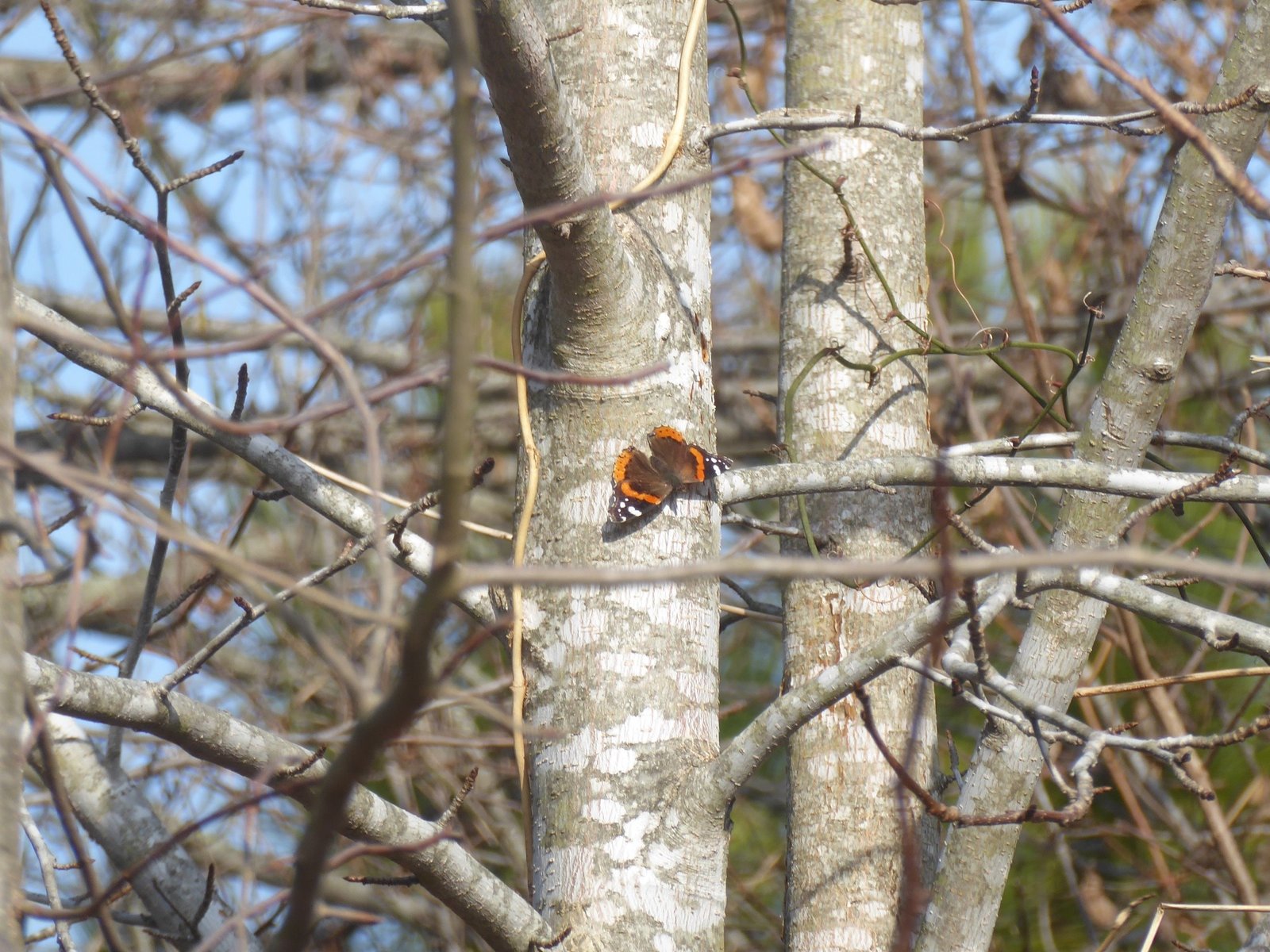 One of seven red admirals Matt Webster found at Cape May Point SP on 12-28-19. They too were far more numerous than usual this winter.

Red admiral has always been a far more likely winter find and generally as likely a winter find of any South Jersey butterfly. The warm winter of 2019-20 was an especially good season for them.  In fact, that species also may have set new record winter totals (haven’t been checked yet) with 32 reports and 45 individuals.  But even the hardy admiral could not match the surprising snout. 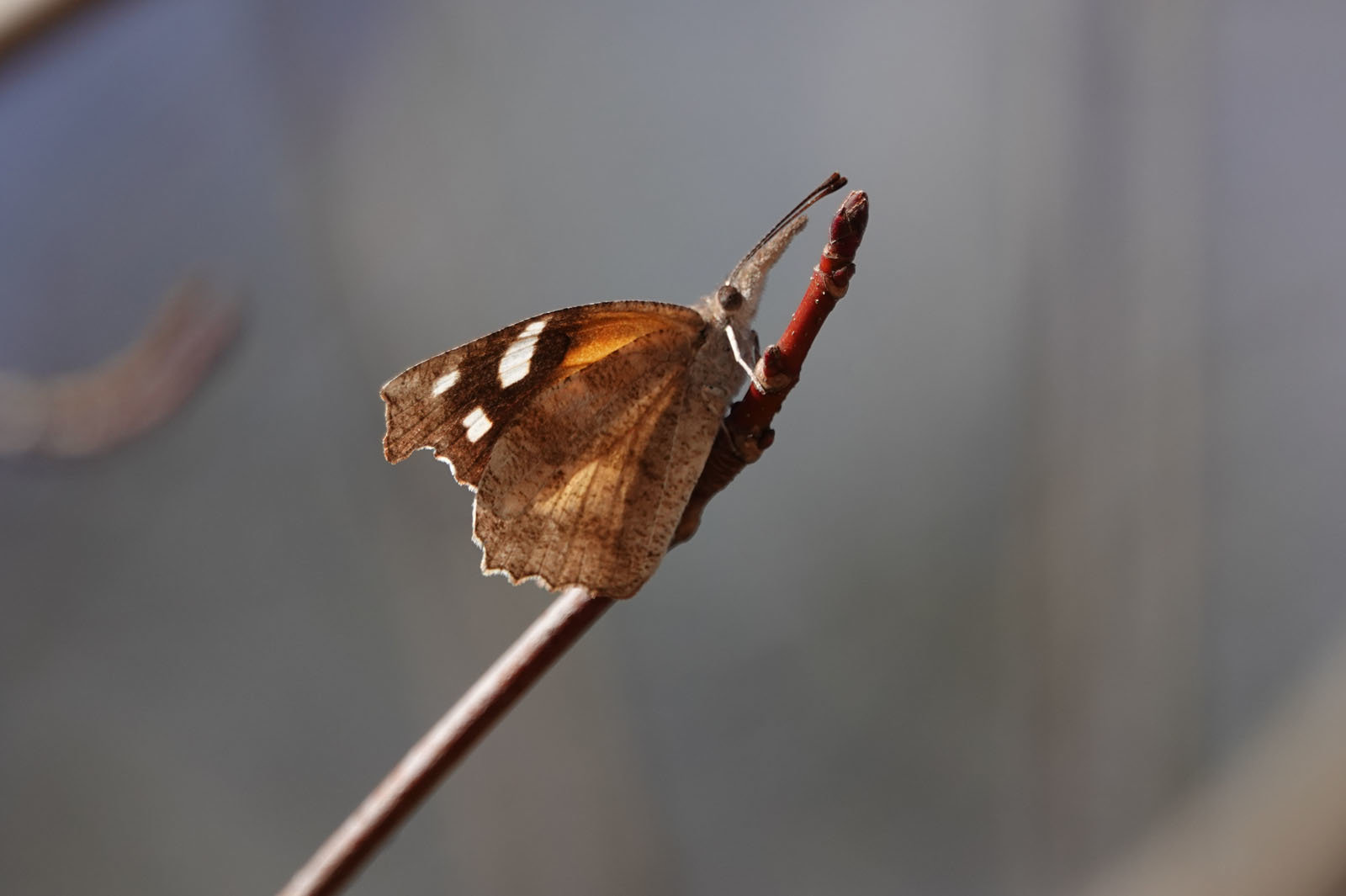 Pat Sutton photographed this snout on 3-9-20 in Belleplain State Park.

Another perspective on the extraordinary numbers:  from 2009-10 (when we first began logging individual counts) to last winter, 2018-19, we had seven winters with zero reports of the species and totaled just 29 reports of snout and only 59 individuals in the other four added together.   That’s an average of ~2.6 reports and ~5.4 individuals per winter.  So, winter 2019-20 represents more than an order-of-magnitude leap above the snout’s previous average.

Two apparent reasons for the surge:

First, American snouts bred with extraordinary success in 2019 throughout the state.  Michael Gochfeld  has noted that it was the best  year for the species in New Jersey since at least the mid-1980s. (See “A Teaser Challenge for Ten-Year Reports” post below.) That meant that far more snouts than usual hunkered down to take their chances on surviving the winter as adults.

Second, December 21 to March 19 was far from wintry. In South Jersey we had little snow and only a handful of days with temperatures well below freezing.

The latest chart from the New Jersey Climatologist’s Office: 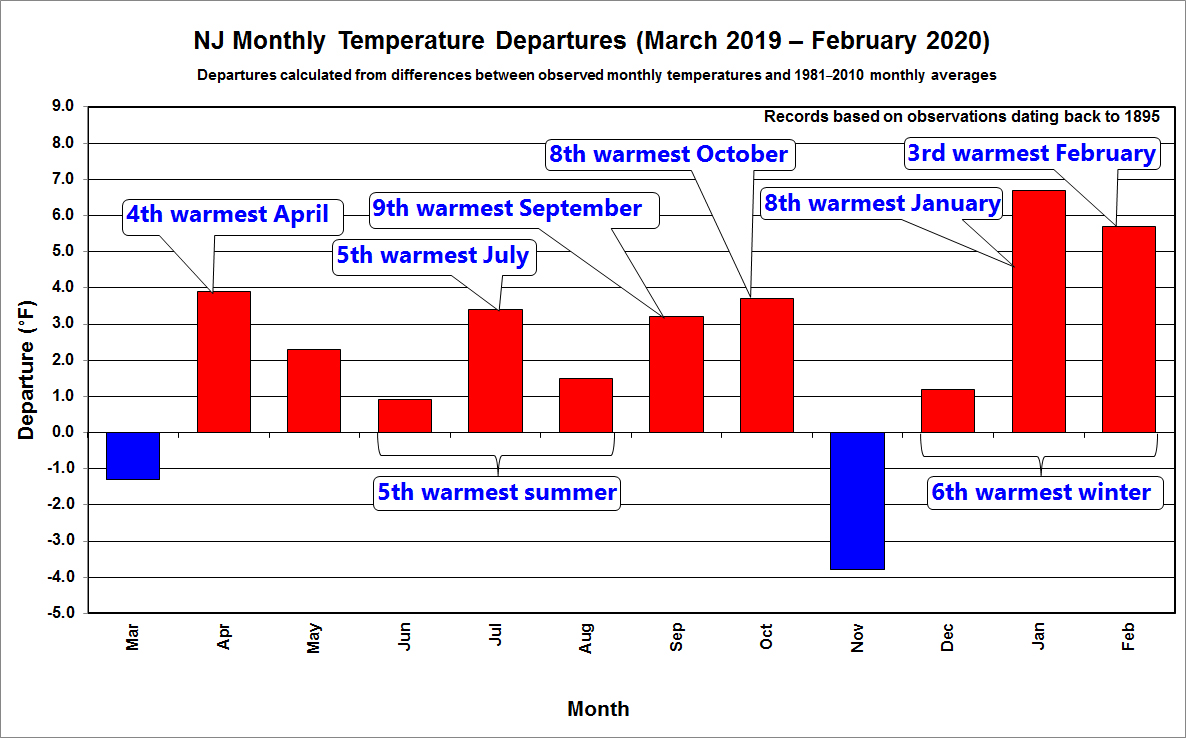 All but two of the past twelve months have been warmer than average. February 2020 was the third warmest February since 1895, when NJ record-keeping began.

But enough numbers!  Let’s take a few moments to celebrate the snout as a butterfly worth pursuing and enjoying:  its “anteater nose,” its Halloween colors on topside, the zig-zagging flight, its pugnacious attitude and aerial dog-fights, its devoted attention to hackberry. . .

Did you know that, if you get a close enough look at just the right angle, you can tell male from female – or at least guess at distinguishing them?

Starting with Sandra Keller’s photo at the top of this post you can find here seven recent photos of snouts in reverse chronological order.  Can you say which are apparently male and which apparently female? Hint: the varying hind-wing underside color patterns are not the key. 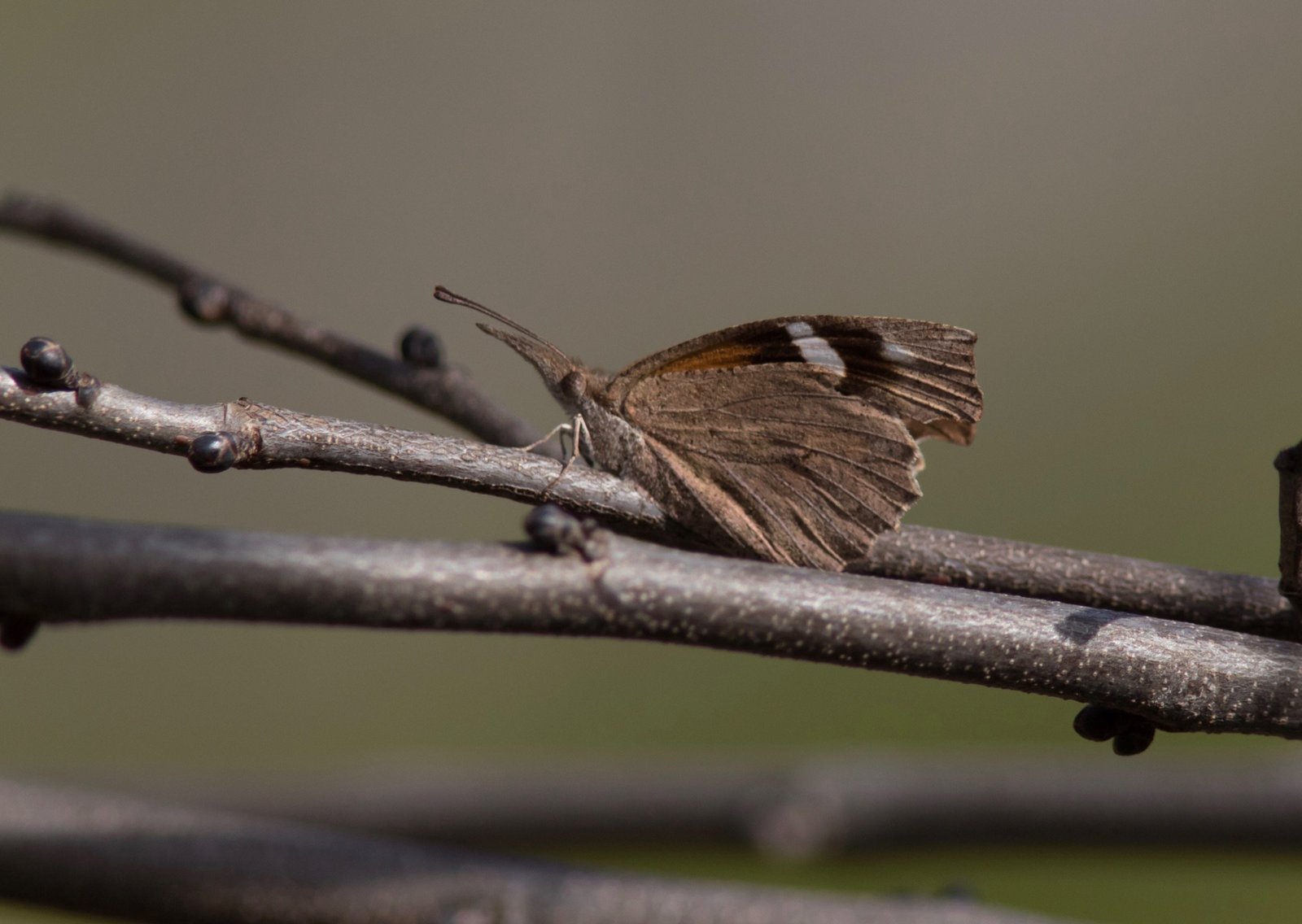 Dolores Amesbury photographed this snout in her yard in Cape May Courthouse on 2-3-20. 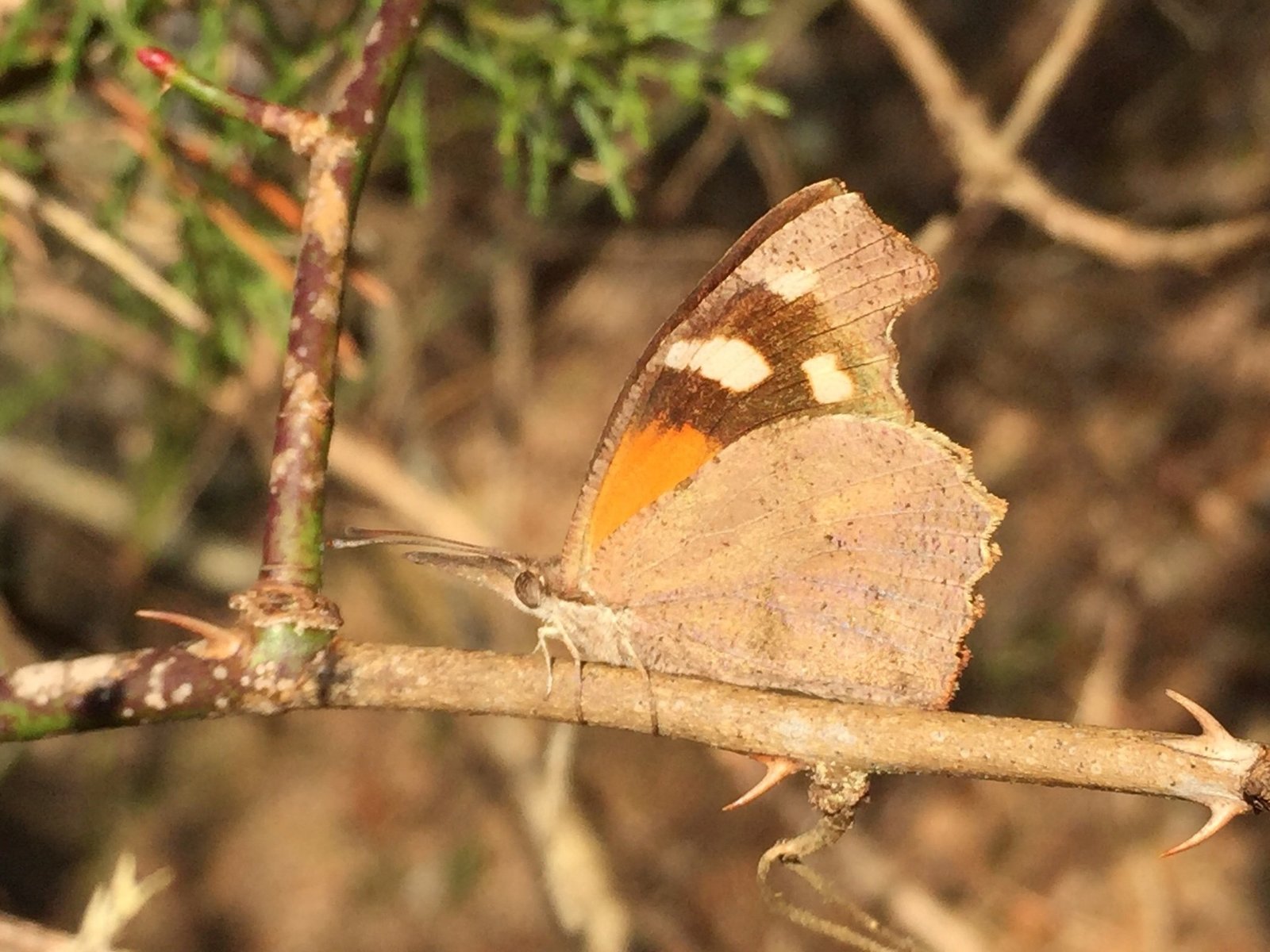 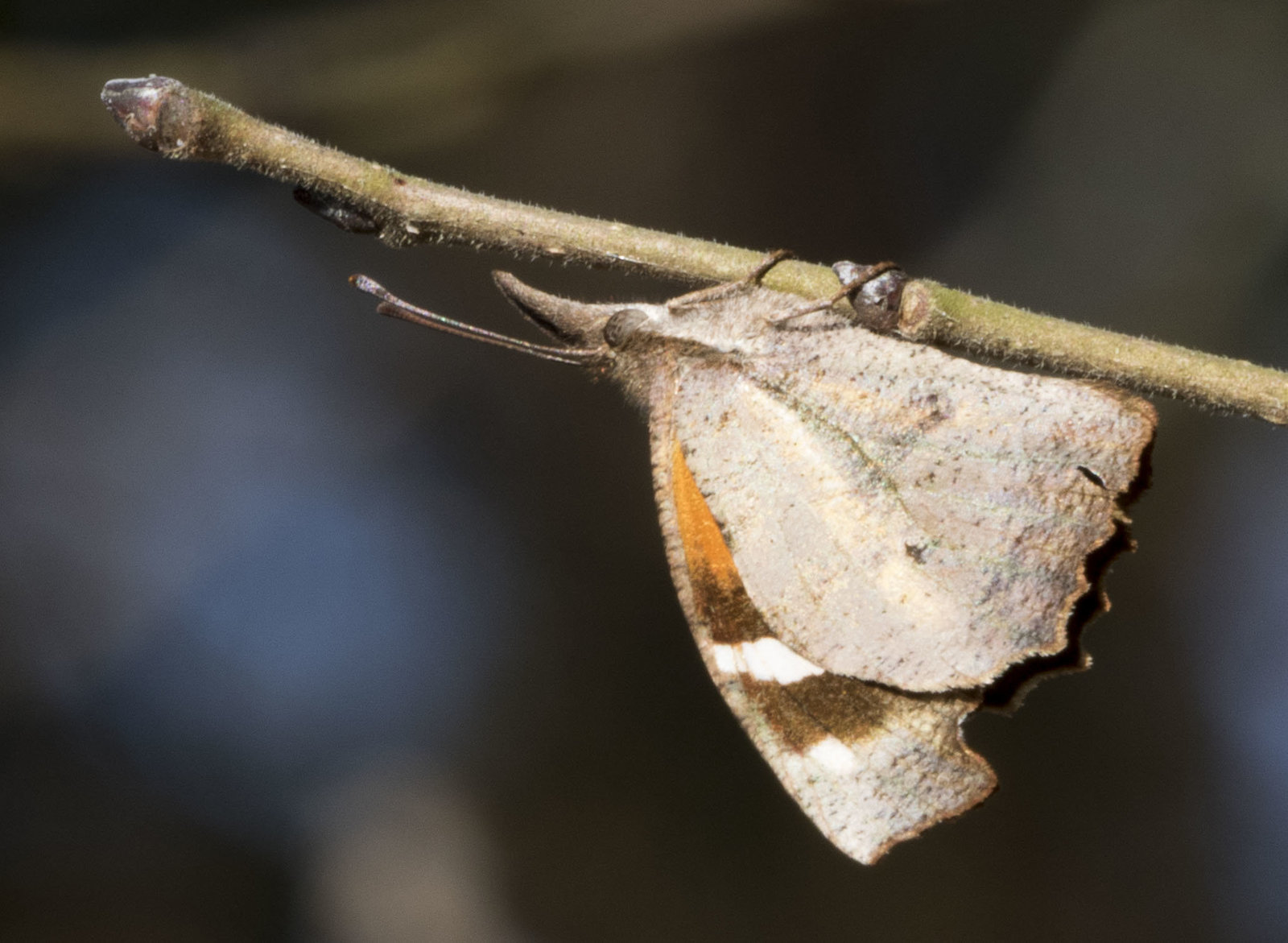 Snout photographed by Beth Polvino in her yard in North Cape May on 12-24-19. 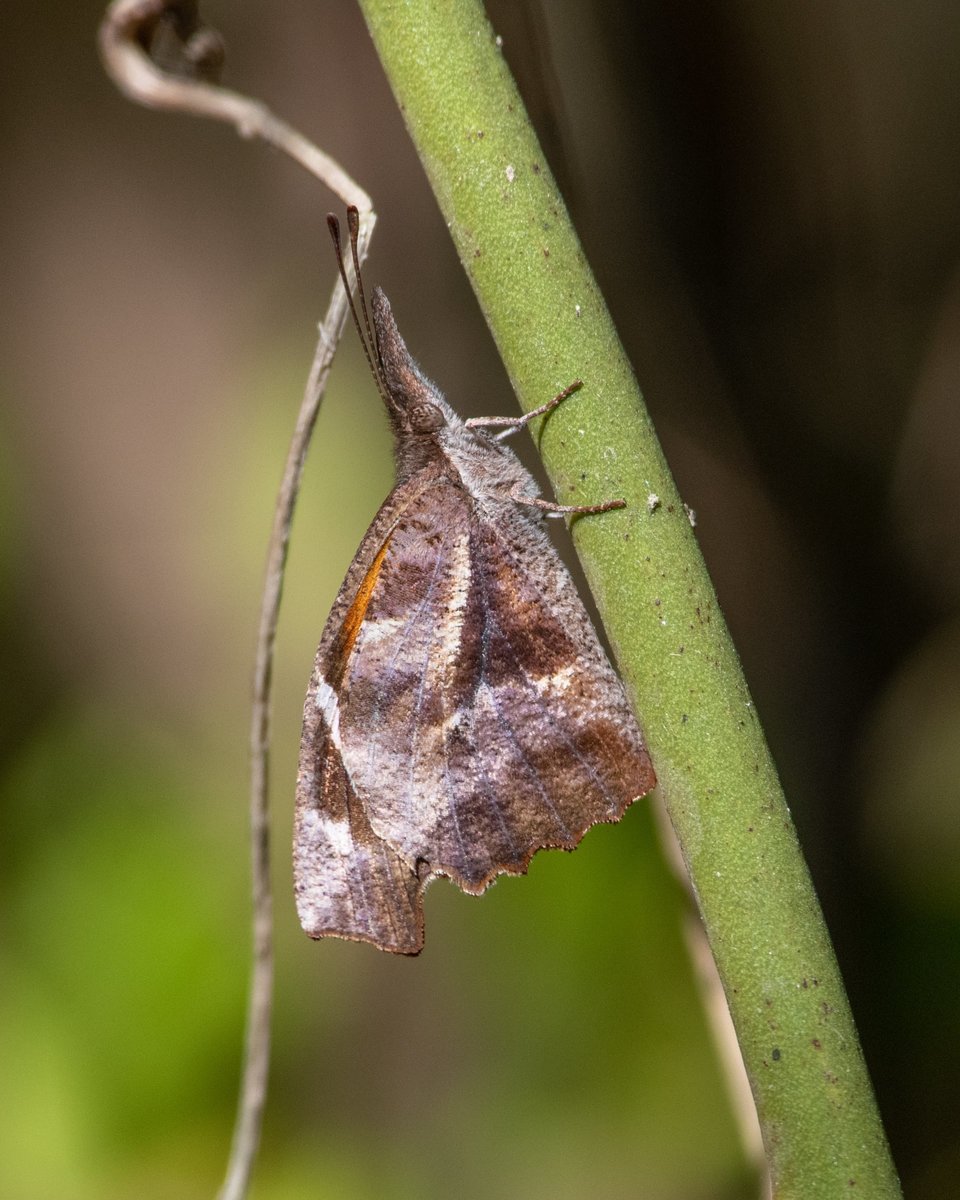 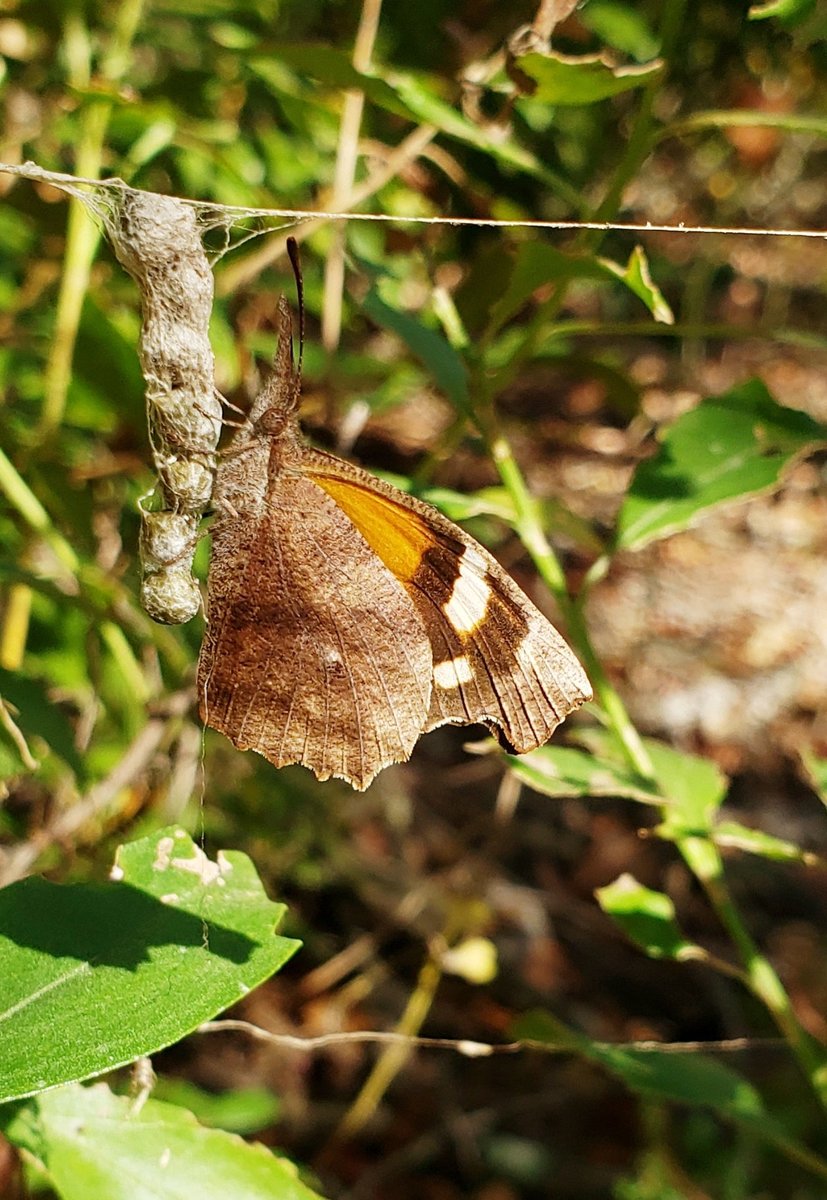 The answers (in my possibly inaccurate opinion):

American snout is unique among the Nymphalidae in that one of its sexes — the female — has retained all six legs. The male snout, like both genders of the rest the members of the family (including in NJ the Fritillaries, Crescents, Anglewings, Emperors, and the Monarch), has lost its forelegs through evolution.

I do not see evidence of a foreleg pair on the butterflies in Sandra’s, Pat’s, Beth’s, and Harold’s shots. I am not sure about Dolores’s individual — because of the way it is resting with body against the branch — but I am guessing it’s a male. I am more confident about the other two snouts here. Three pairs of legs seem evident in Sam’s and Brian’s photos, making those snouts females. I will happily accept corrections!

Another feature on snouts that’s fun to look for are the different underwing patterns. The hindwings below vary from striated and contrasty, as in Sandra’s and Harold’s photos here, to plain and relatively unmarked, as in Dolores’s, Sam’s and Beth’s shots. Some show intermediate patterns as seen in Pat’s and Brian’s pix. Shapiro called the two basic patterns different “forms” and noted, “The variation is certainly genetic.”

In this sad and scary time of a pandemic virus, I hope everyone can find some good hours to venture outside, at proper social distance, to chase snouts and other butterflies — or whatever else draws your attention in our still delightful natural world.

This entry was posted in Looking At Our Data, Nymphalids. Bookmark the permalink.