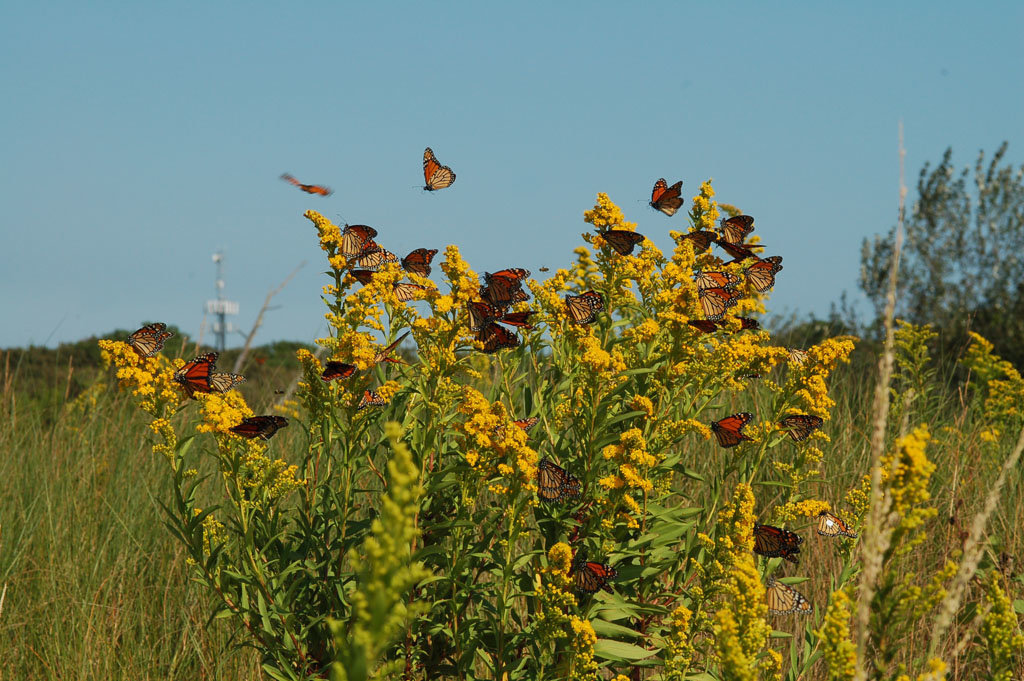 Scenes like this — photo’d by Pat Sutton at Cape May Point State Park on 10/3/18 — may lead you to guess that our greatest logged flight involved monarchs. 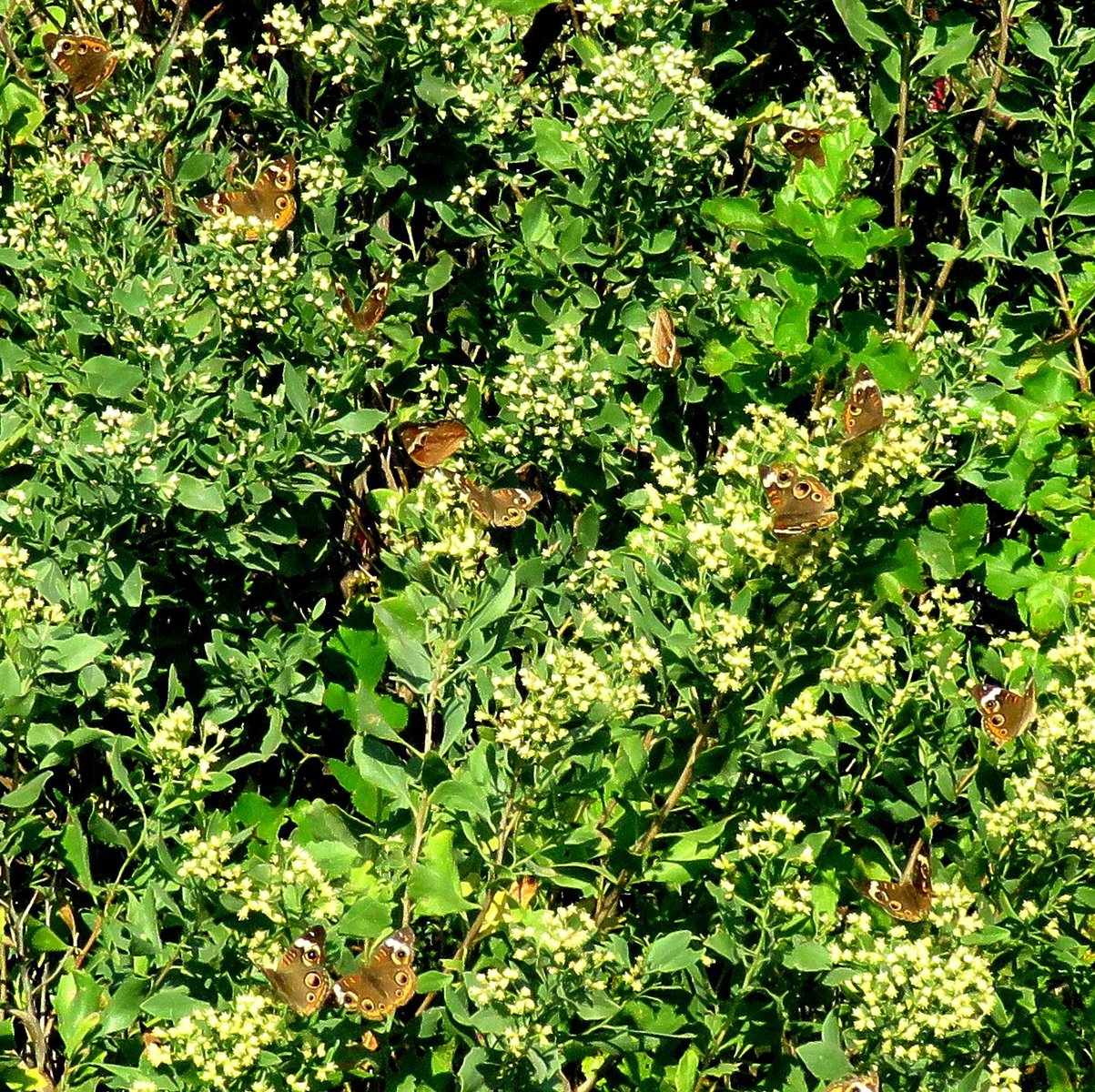 Or you might guess our greatest one day flight involved common buckeyes — here photo’d by Vince Elia, also on October 3, 2018 at CMPt State Park

Our new ten-year-averages chart is available at the link on the banner above, comparing the 2019 numbers of all species reported in 2019 with their average counts from 2009-2018.  Thanks again to David Reese for modifying his reporting system so that we can compile these data.

But wait!  Don’t click on the chart yet.  If you are up for another January quiz question, read on:

One species had such a magnificent flight one day in our log’s history that its ten-year-average remains distorted still, years later.  Subtract that single day from all our other totals of individuals of the species over the ten years and the species’ average for total individuals/year drops  from 8000+/year to just over 1000/year.

You might guess that this largest logged-single-day flight would involve monarchs — or possibly common buckeyes.  Both those species undoubtedly occur in 1000+ single-day southbound flights fairly regularly in fall at Cape May Point and other funneling spots in South Jersey.  However, we have documented single-day 1000+ counts of monarchs only four times in our log’s history and have documented a four-digit-single-spot count of common buckeyes only once.

This lack of reports of big flights probably reflects the self-restraint and diligence required for the watcher(s).  An observer determined to do such a count must stay in one spot and monitor hundreds and hundreds of butterflies passing by for several hours.

Our highest single-day, single-site count for one species did involve an observer remaining in one spot for hours and keeping track as thousands of butterflies flew by him. They weren’t monarchs or buckeyes, however, and it was a spring flight not an autumn one.

The observer was Tom Reed, the date was May 4, 2012, and the spot was Stone Harbor Point.  Here’s Tom’s logged description:

Remarkable afternoon flight– estimated total from 4 hours of observation. 50-100/min from 12 pm through 1 pm, then gradual increase, reaching ~200/min by about 3:15 pm. Definitive peak shortly before 4pm, with minute-long counts of 700+ passing fixed point as viewed through binoculars. Flight tapered along outer beach once sea breeze developed shortly thereafter. Almost all movement SE->NW, coming in off the ocean and continuing inland. A number of dead/exhausted individuals littering the beach.

Tom estimated 55,000 butterflies of that single species flew by him in those four afternoon hours.

And he was seeing only one small fragment of that flight.  That same afternoon, south and west of Tom’s lookout, Dave Amadio reported so many flying by him as he drove toward Reeds Beach that he had to roll up his car windows “to keep from collecting them.”  He subsequently found hundreds at several different spots throughout the day.

In Cape May Courthouse that afternoon, in between Tom and Dave, Will Kerling counted 224 stream by him as he took a brief ten-block bicycle ride at 1 pm.  “And their pace continued for the next two hours,” he added in his log note. “Counted out a front window around 3 pm and saw 102 along one fence going rapidly S to N.”

North and west of Tom, Dave, and Will in Cape May County, Sandra Keller saw 300+ go by her in about half an hour at Palmyra Cove Nature Park, Burlington County, “Most were streaming NE over the Delaware River bank. Some were inland, but still heading northerly. This spectacular flight slowed around 4:45 PM. I started counting around 4:10 PM. I presume a lot [more] put down here!”

North of us in Toms River, Ocean County, Shawn Wainright counted 100+ every three minutes several times and by the end of the day estimated 20,000+ had flown through his yard between 8 am and 7 pm.

OK, that’s probably too many hints.

Q: Can you name the species?

This entry was posted in Compilations, Looking At Our Data. Bookmark the permalink.