A New Butterfly For South Jersey 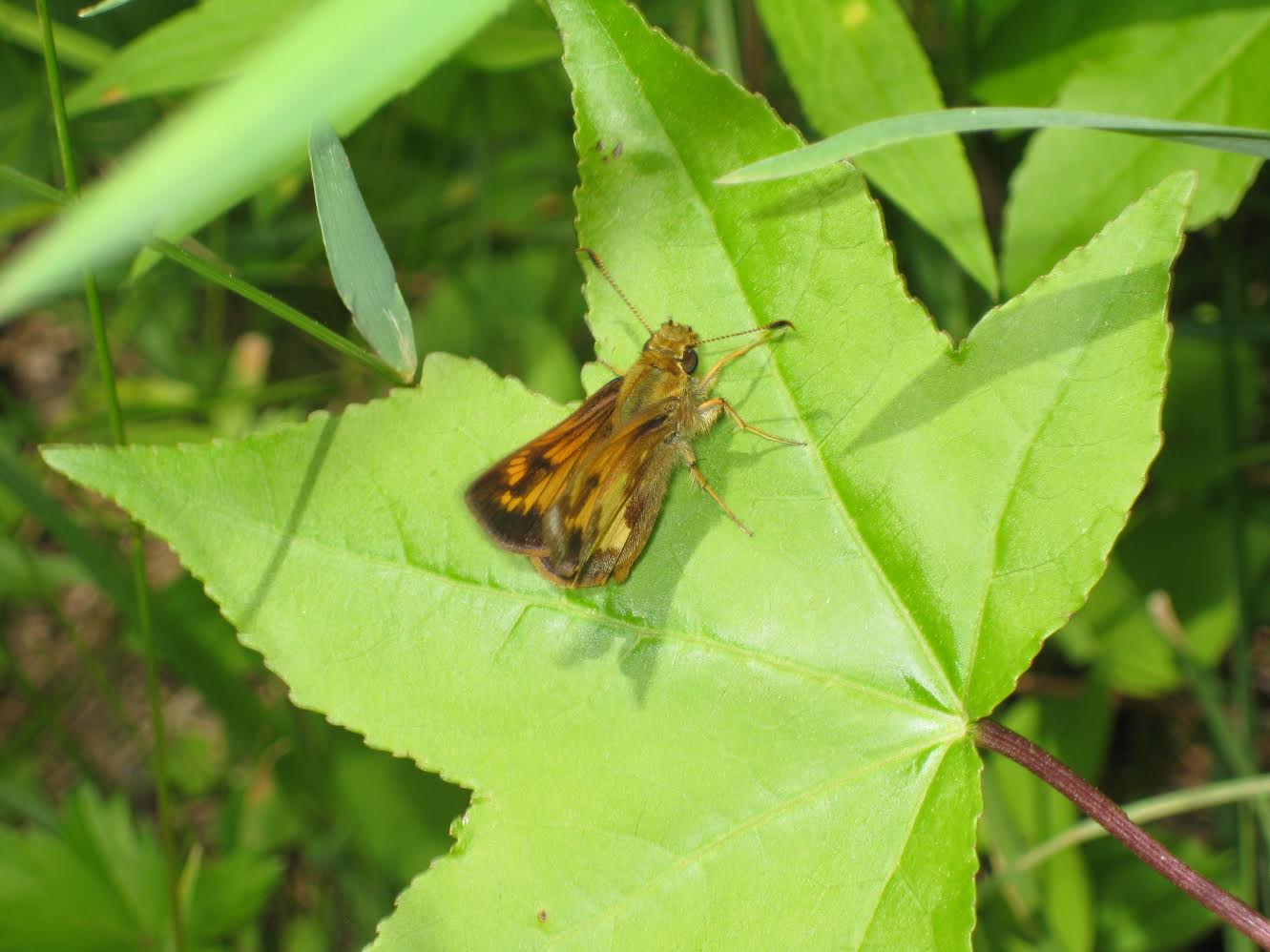 A Poanes skipper photo’d one May day a few years ago by John Maxwell at Rancocas Nature Center. Looks like a zabulon perched in that familiar, territorial style….or does it?

Exciting news!  We can add a 106th butterfly to our list of documented species since our log began in 2008: Hobomok skipper, Poanes hobomok, found and photo’d by John Maxwell at Rancocas Nature Center on May 15, 2010.

The sighting emerged in retrospect, thanks to Steve Mason who came upon John’s photograph on Bug Guide and contacted him.

It’s a first for our project and may be the first report ever for the state of that species on the Coastal Plain. Gochfeld and Burger in their Butterflies of New Jersey (1997) list no records for the Coastal Plain in their compendium of records from various sources; and until the report emerged this November, Jim Springer’s map on North Jersey NABA’s New Jersey Butterflies website showed all our southern counties blank for Hobomok.

There may be records somewhere not so easily available, of course, but even if so, Hobomok skipper is, at best, very rare in southern NJ.

“We were at the Rancocas Nature Center for a weekend program, I think a tree ID class led by Karl Anderson. The center maintains the meadow out in the woods and mows sections once in a while to keep it from growing over back to woods. That’s where I found the skipper — just sitting there for at least a minute on a young sweetgum a few feet off the ground. I’m not sure if it was sunning itself or if [it had taken up] a territorial viewpoint. The sweetgum trees sprout along the path (one of the reasons the meadow needs to be cut back regularly). This one was surrounded by ‘Panic Grass’ which is very common there.”

Hobomok’s closest look-alike in our area is zabulon skipper, whose males also like to perch on leaves in the sun.

Remember to take closer looks at those zabs next May, everyone! 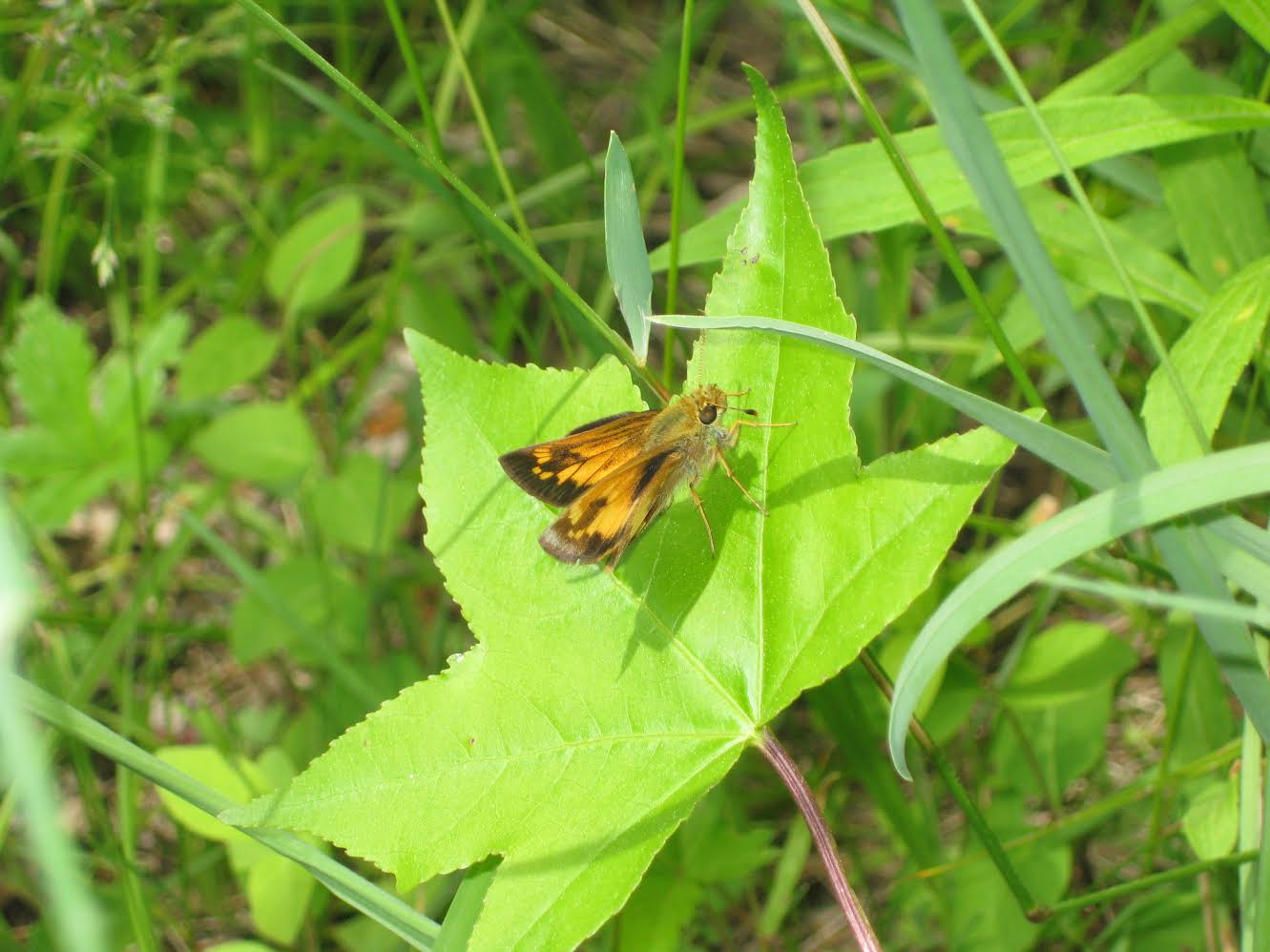 Thanks to John Maxwell for passing along these and other photos of his find.

This entry was posted in Looking At Our Data, Skippers. Bookmark the permalink.

2 Responses to A New Butterfly For South Jersey