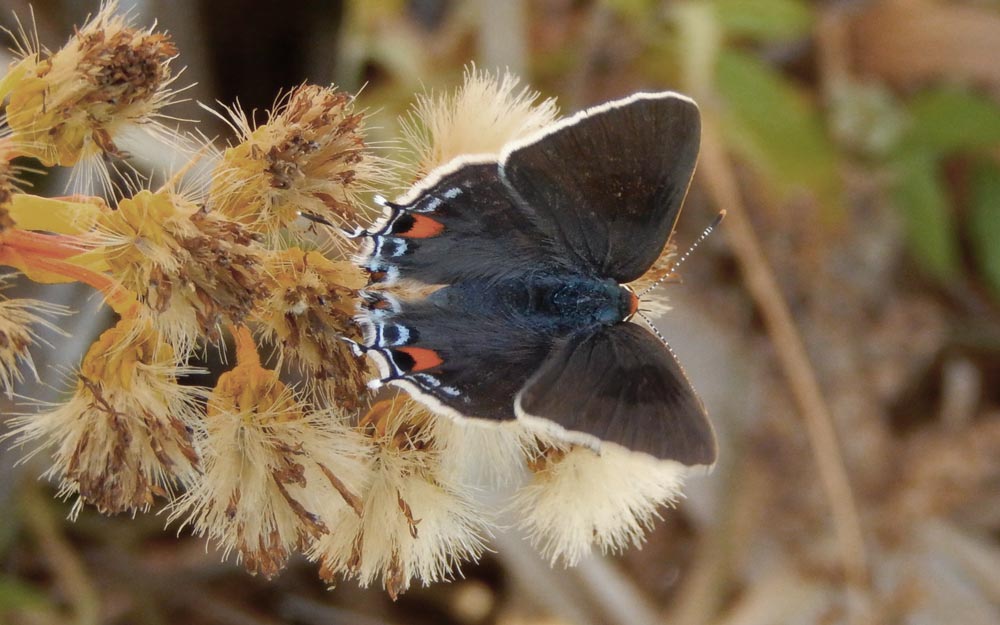 Jack Miller took on the much-harder-than-it-looks task of compiling our records for the full year of 2015. Thanks to his many hours of work we now have two new spreadsheets documenting that interesting year.

This one focuses in detail on 2015 by itself. All compilation and notes are by Jack Miller:

This one incorporates the new 2015 data into our records for all previous years of our Project’s log:

As evident on both spreadsheets, our 8th year of logging started cold and ended hot.

Cold start: We did not find our first butterfly until March 9 (a mourning cloak found by Chris Tonkinson and Will Kerling in CMY). Even more tellingly, for the first time in eight years of logging, we did not establish a single record early date for any species at all.

Hot end: At the other end of the year, butterflies were still flying in numbers well into November and some into December — including a couple of species still active on December 31 (and beyond New Year’s Day into January, 2016). December 2015 was the warmest December documented in NJ, going back to records in the 1800s, and January continued with warmer than average temperatures until about the middle of the month.

Here’s a post from Dave Amadio detailing the December finds:

A December To Remember

Here’s one by Will Kerling discussing our January records over the years, including 2016:

The Butterflies of January

Finally, go to this Page for a discussion of the difficulty of assessing January records (early? late?):

Keep exploring and recording, everyone, and if you enjoy having this 2015 compilation of data available, send you kudos to Jack Miller!

This entry was posted in Compilations, Early Dates, Late Dates, Looking At Our Data. Bookmark the permalink.