We had a very active fall season -– with observers out in force and reporting frequently. In fact, we logged more than twice as many reports for each month than we had for the same months last year (which was our first fall using the David Reese system).

Thirty-nine observers contributed to the log during the period. Thanks to each of you — and a special welcome and thanks to our newest participants (listed in bold)

Sixty-two species were reported during September 2016, including three that had not been found in August (meadow fritillary, painted lady, and mourning cloak) and we also recorded our first long-tailed skipper for 2016 — our 91st species (and final FOY) for the year. 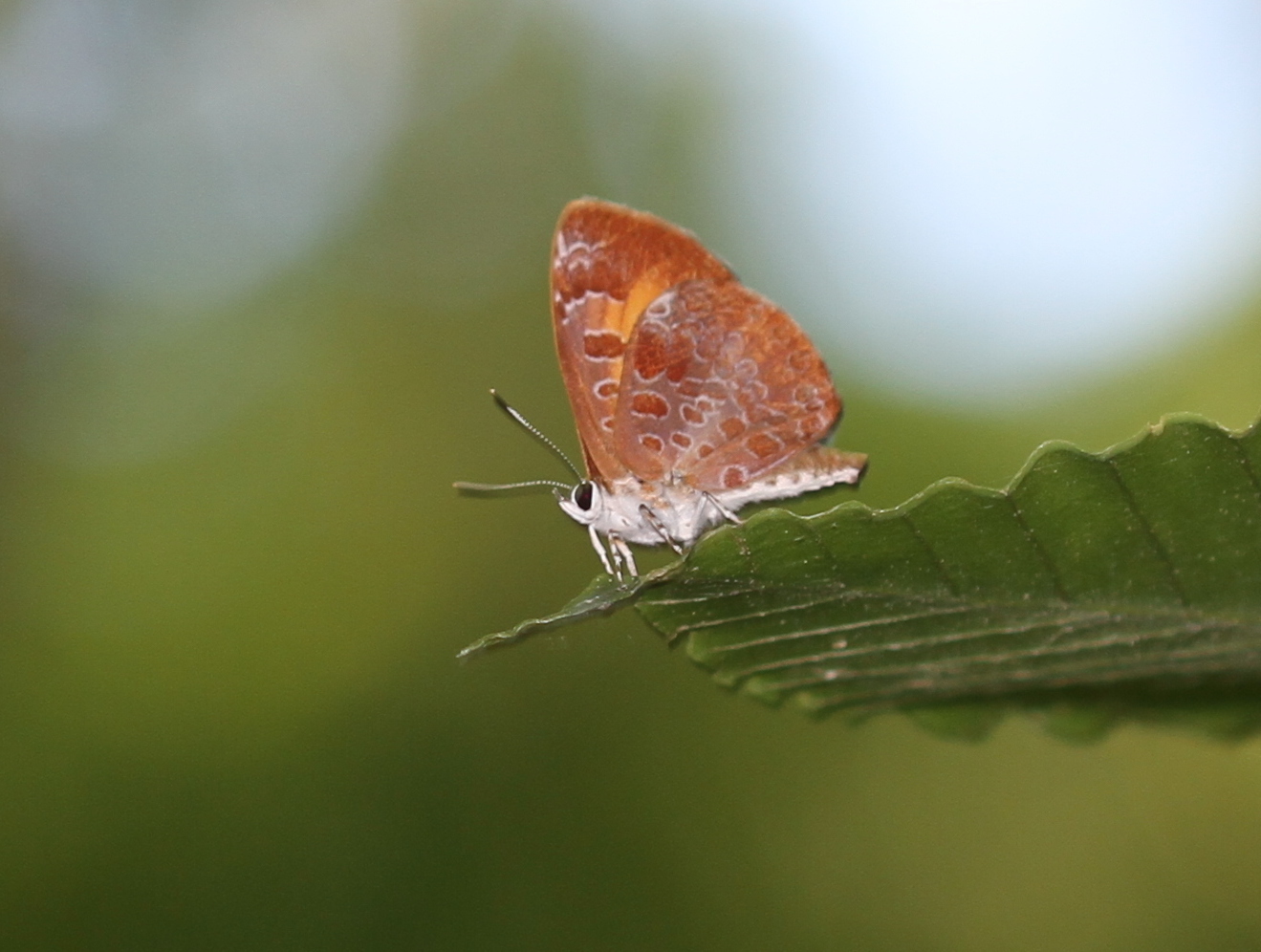 Dave Amadio found and photo’d our last harvester for the year on 9-4-16 at Chestnut Branch, Mantua, GLO. 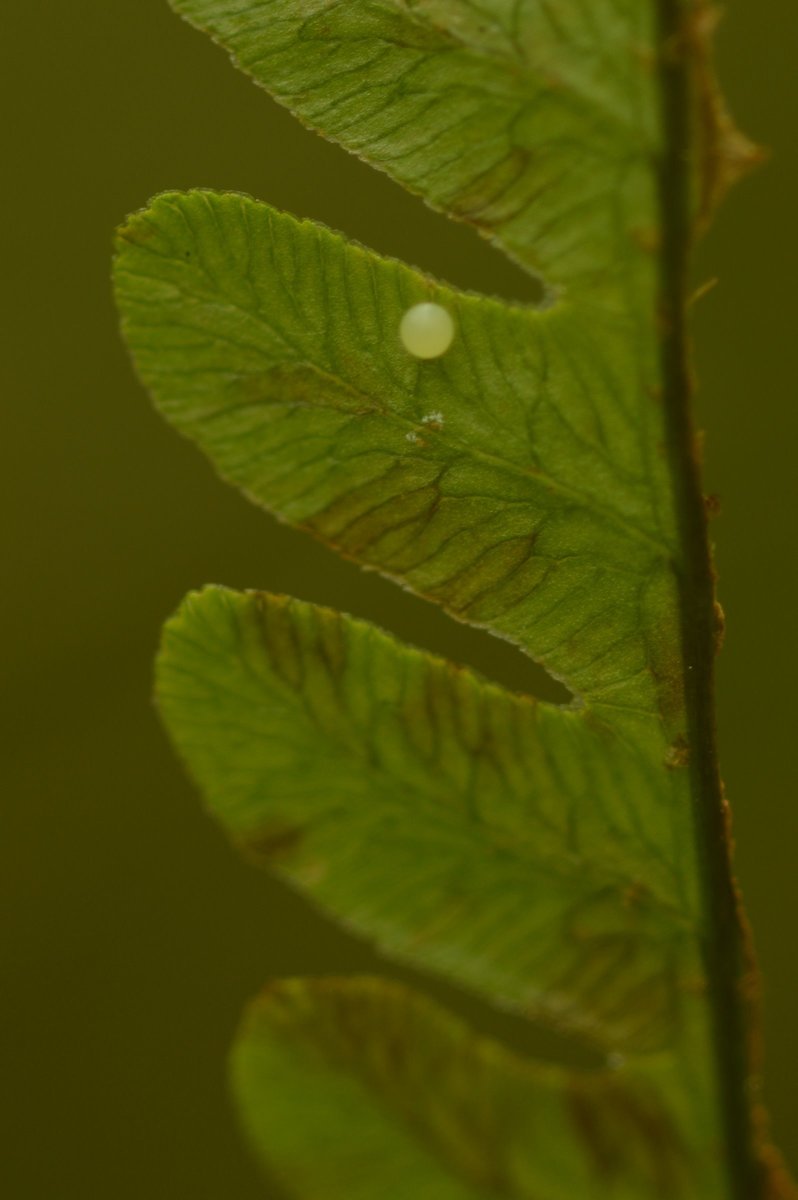 Will Kerling found this egg of an Appalachian brown on a fern frond at Lizard Tail Swamp Preserve, CMY, on 9-5-16. 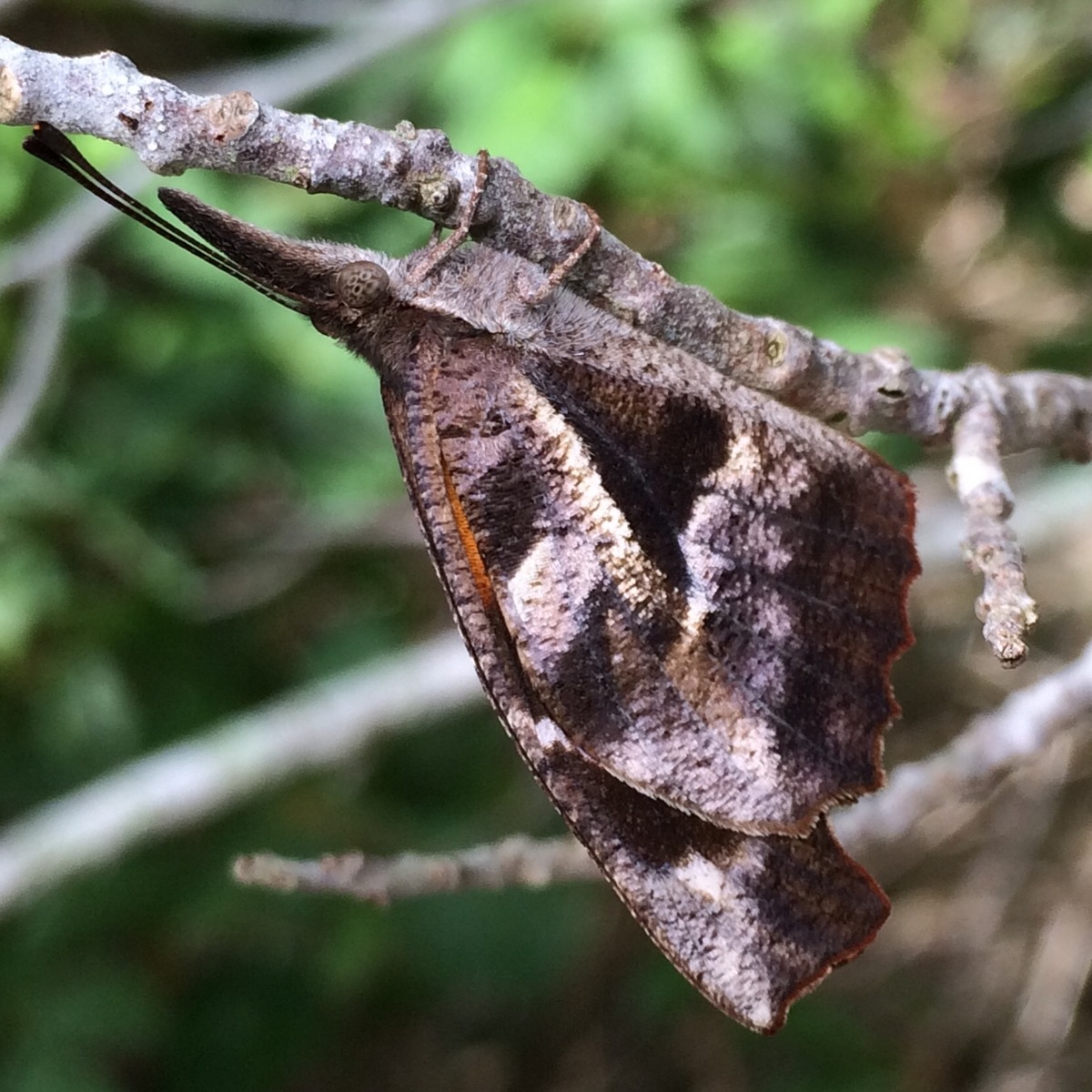 An American snout, shot up close and personal by Teresa Knipper at Cape May State Park on 9-7-16. 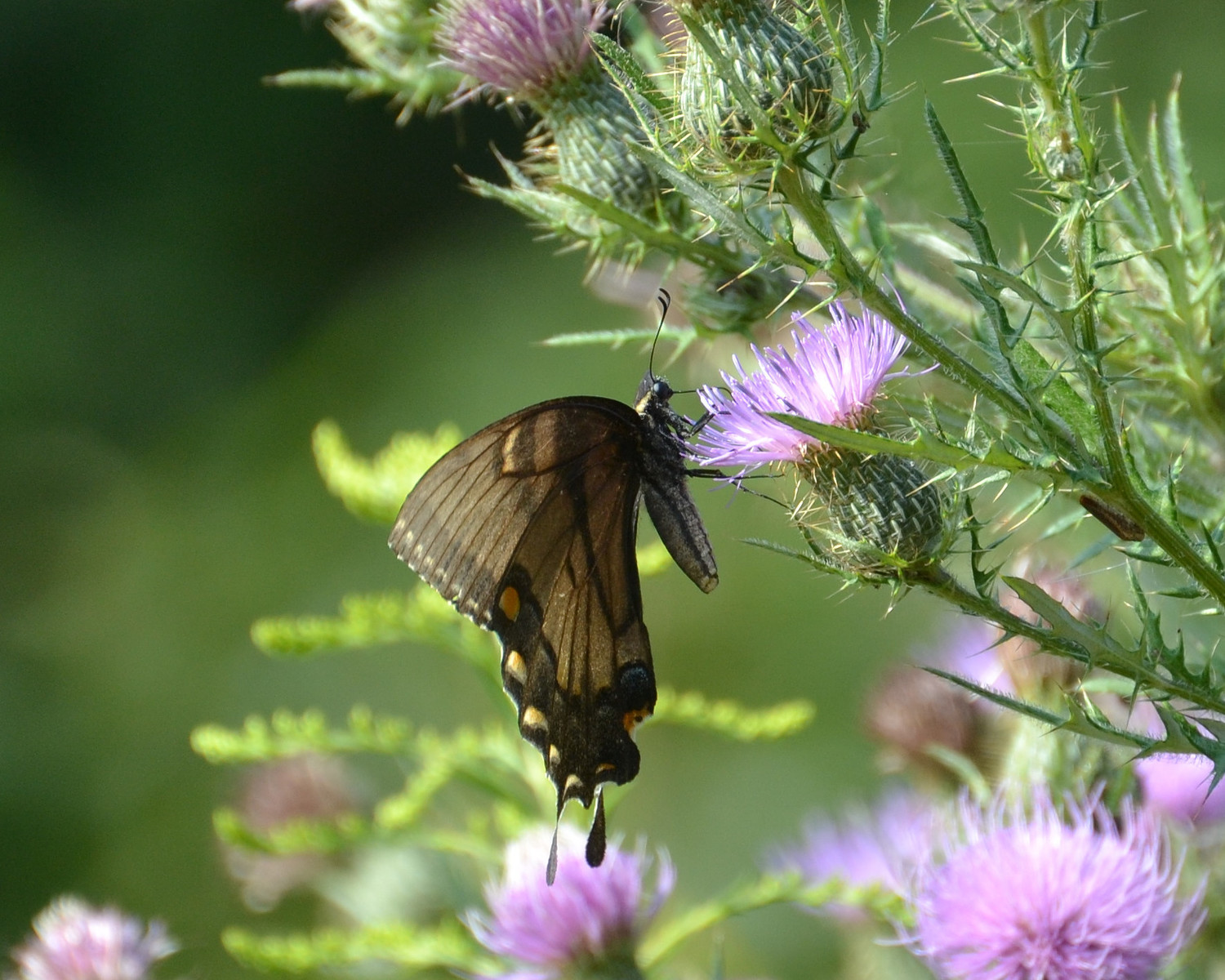 Although we do not count them separately, dark tigers seemed more common than usual this year, especially in our western counties. Claire Campbell photo’d this one at Rancocas Nature Center, BUR, on 9-8-16. 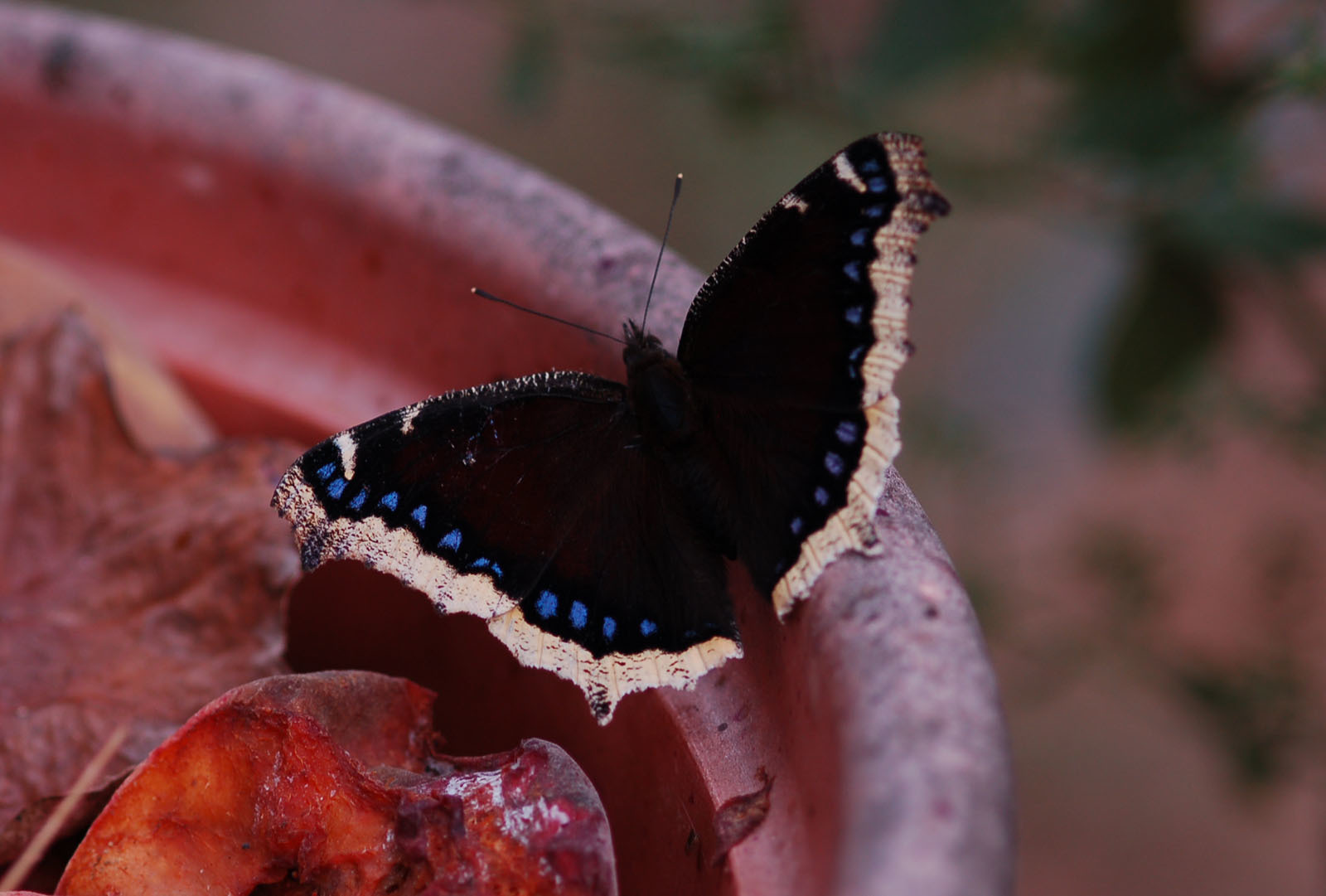 Mourning cloaks re-emerged in September after going unreported in August. Pat Sutton photo’d this one in her yard in Goshen, CMY, on 9-10-16. 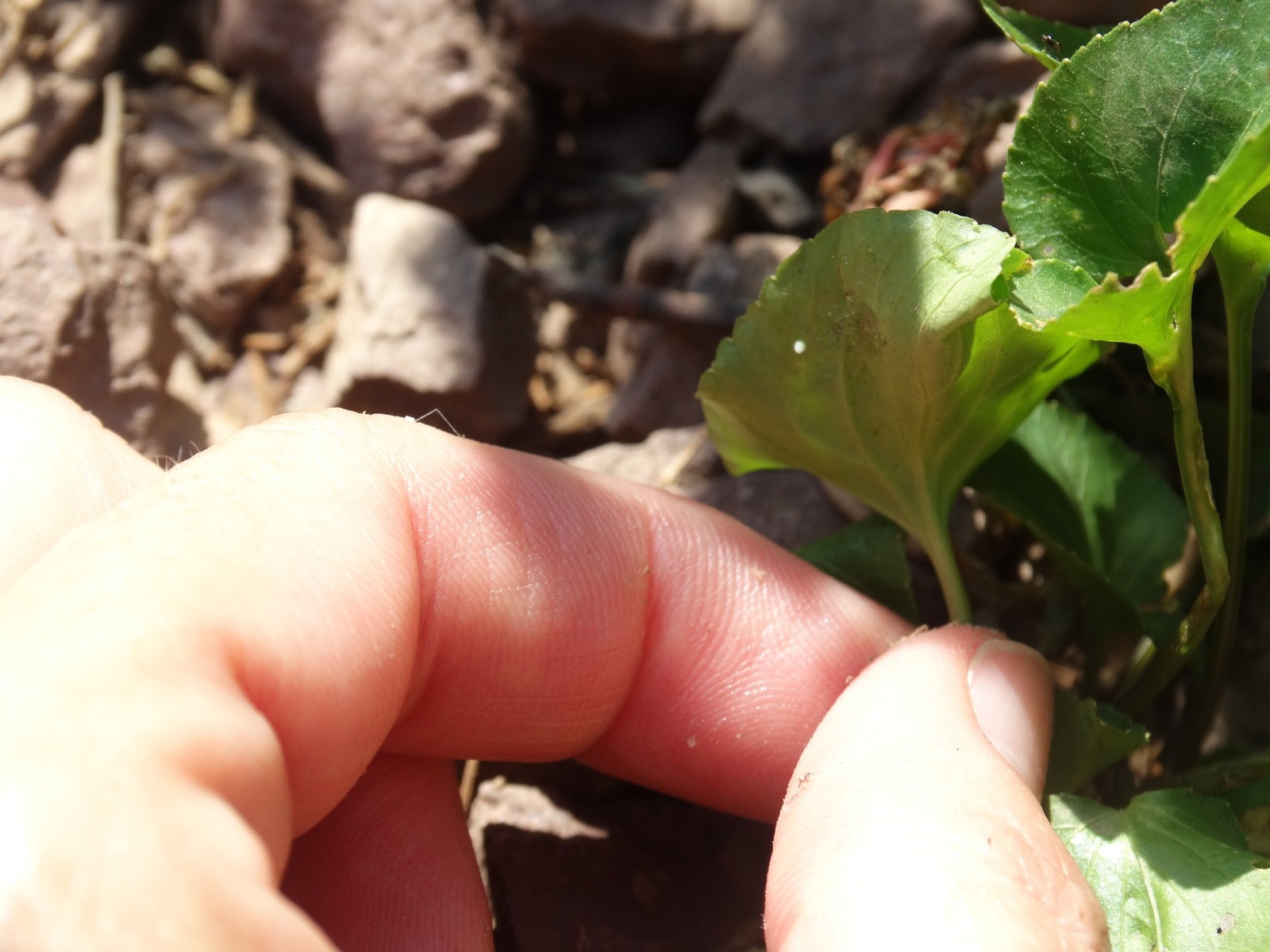 Chris Herz found a variegated fritillary laying this egg on a violet in her yard in Audubon, CAM, on 9-10-16. 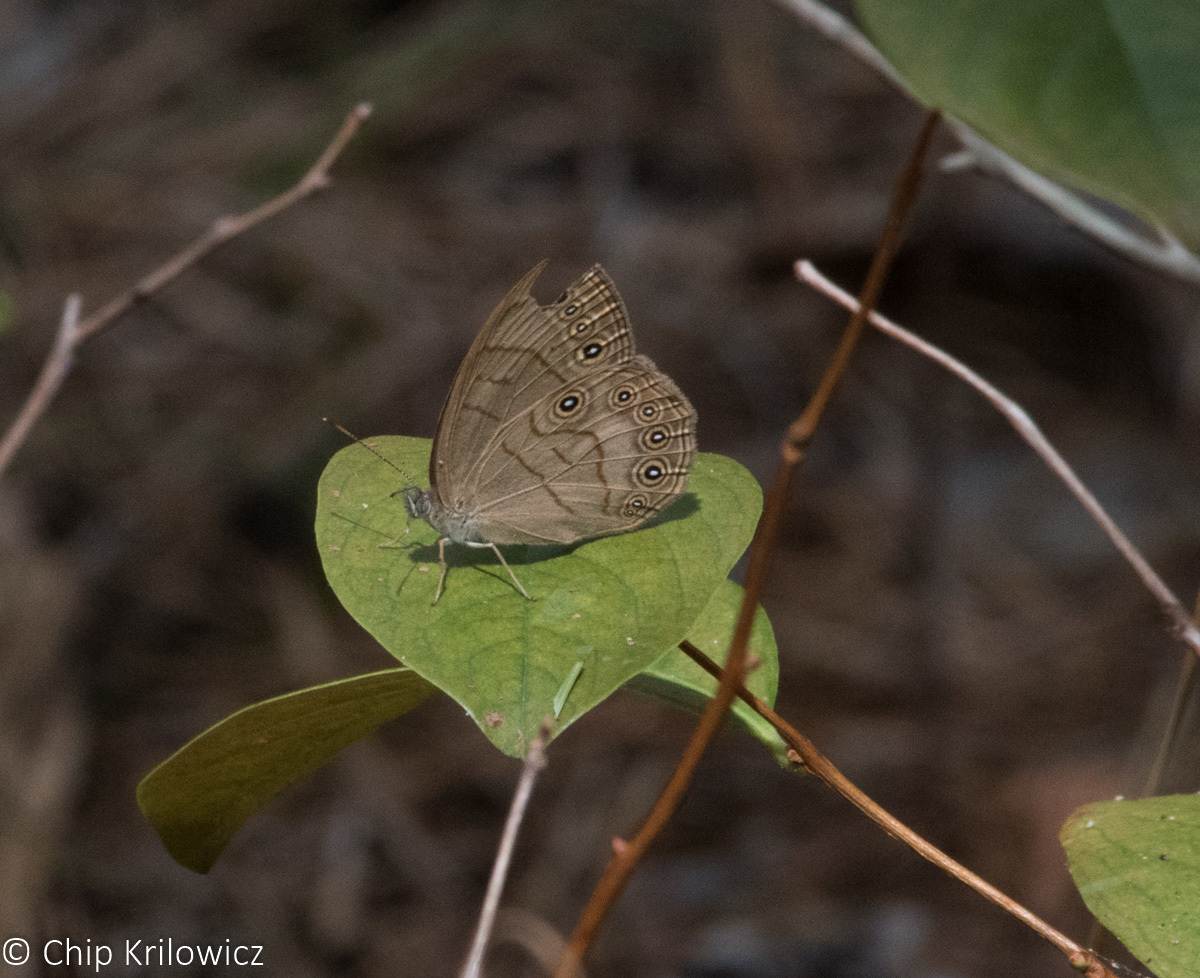 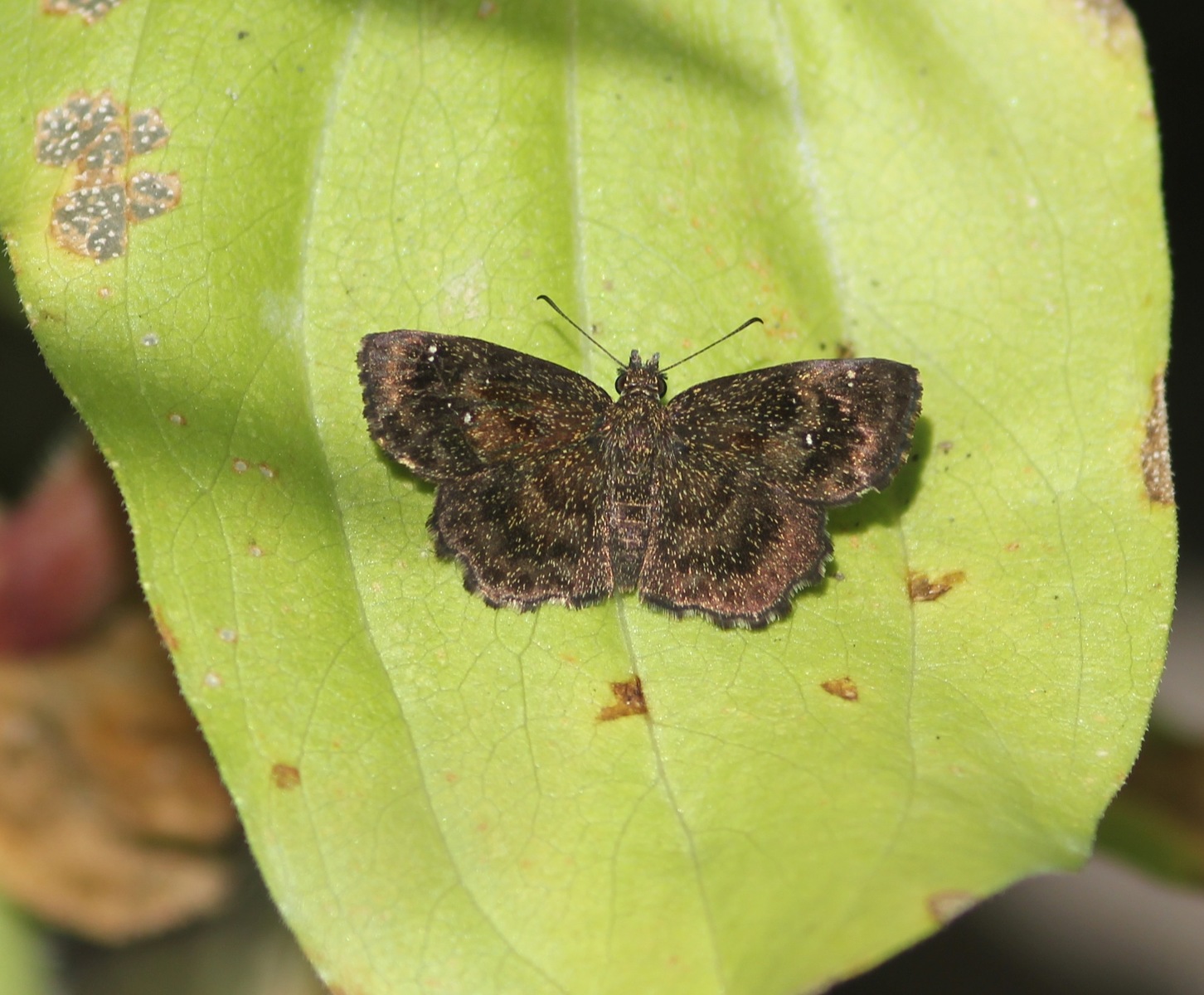 Dolores Amesbury photo’d this Hayhurst scallopwing — the last we recorded in 2016 — in her yard in Cape May Courthouse on 9-22-16. 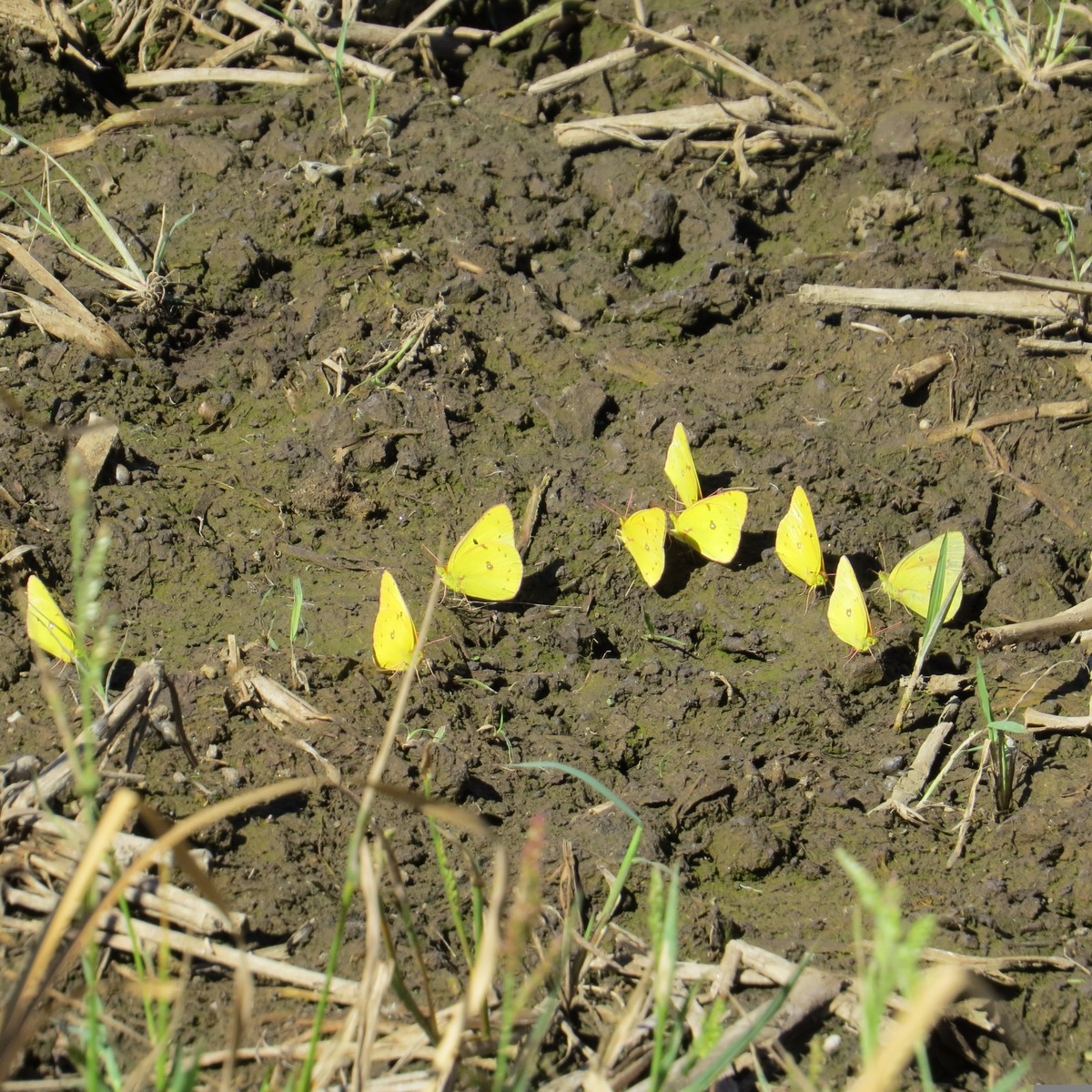 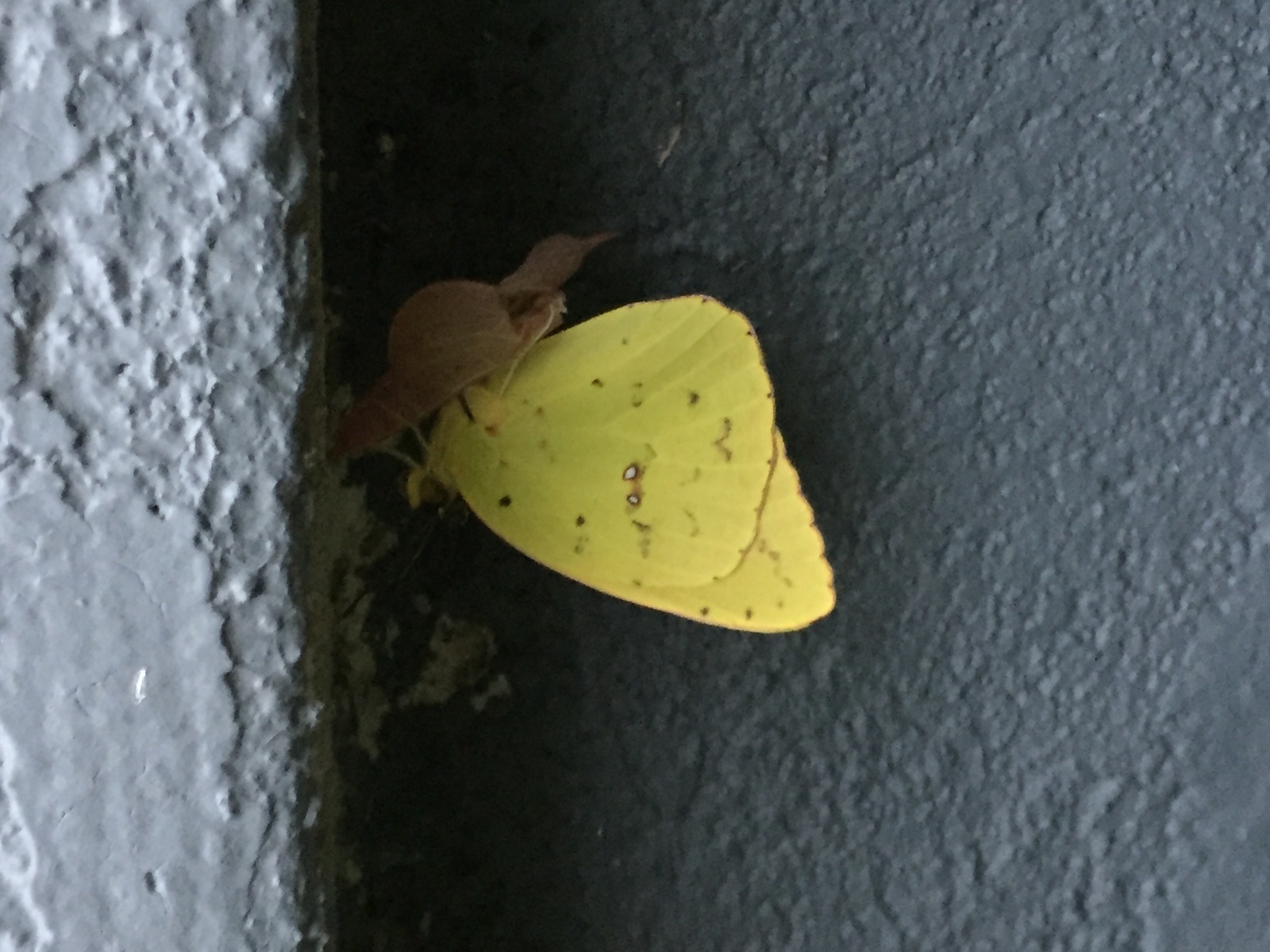 Forty-six species were reported in the adult stage during October 2016. Interesting: 2016 marked the third year in a row where our total reports in October outnumbered our total reports for September. This year the difference was especially noticeable: 456 in October, 382 in September. As the warblers leave us heading south, do more eyes turn to butterflies? 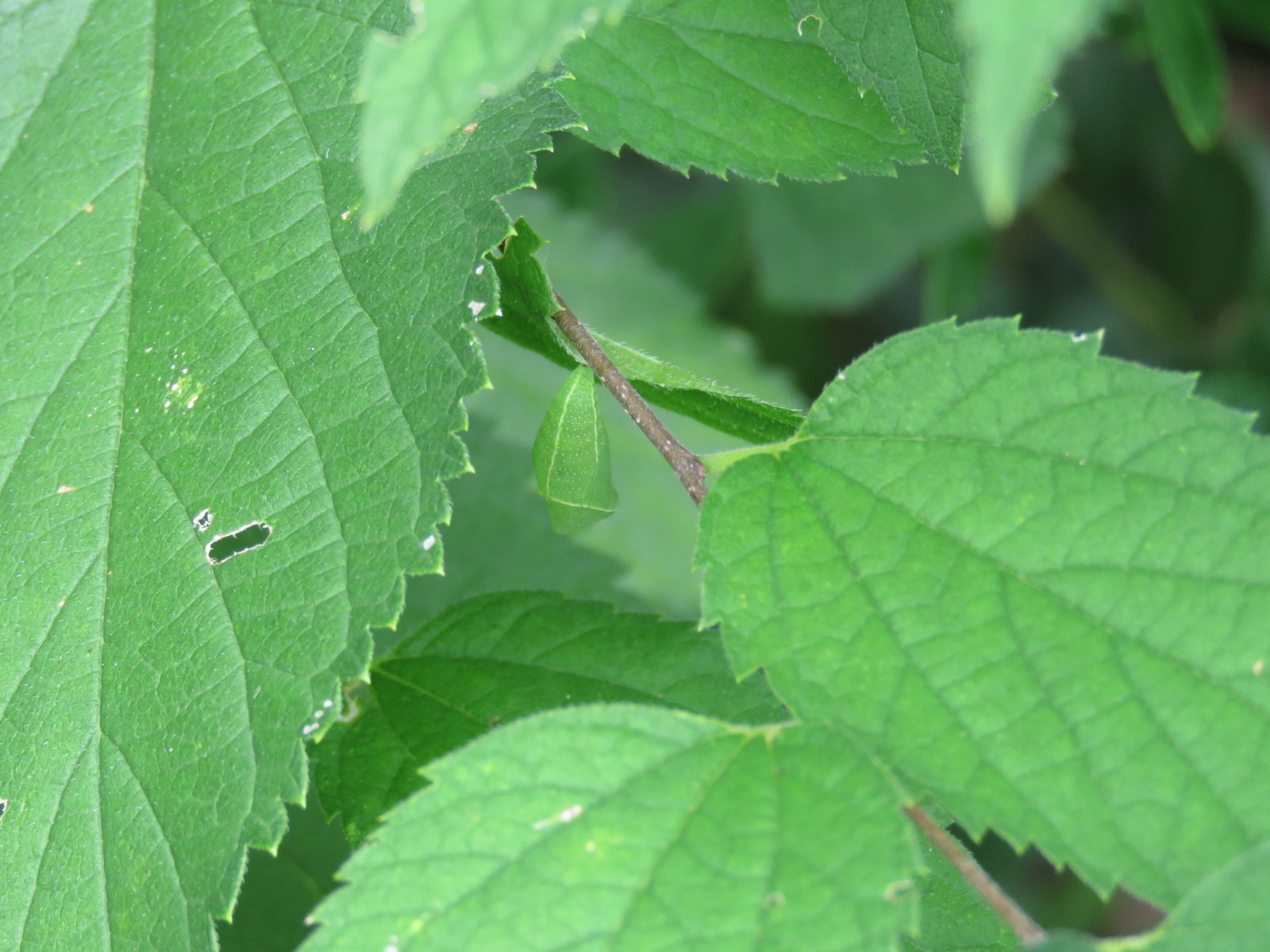 Virginia Rettig followed up her cloudless shot above with a find of an American snout chrysalis in her yard in CMY in early October. 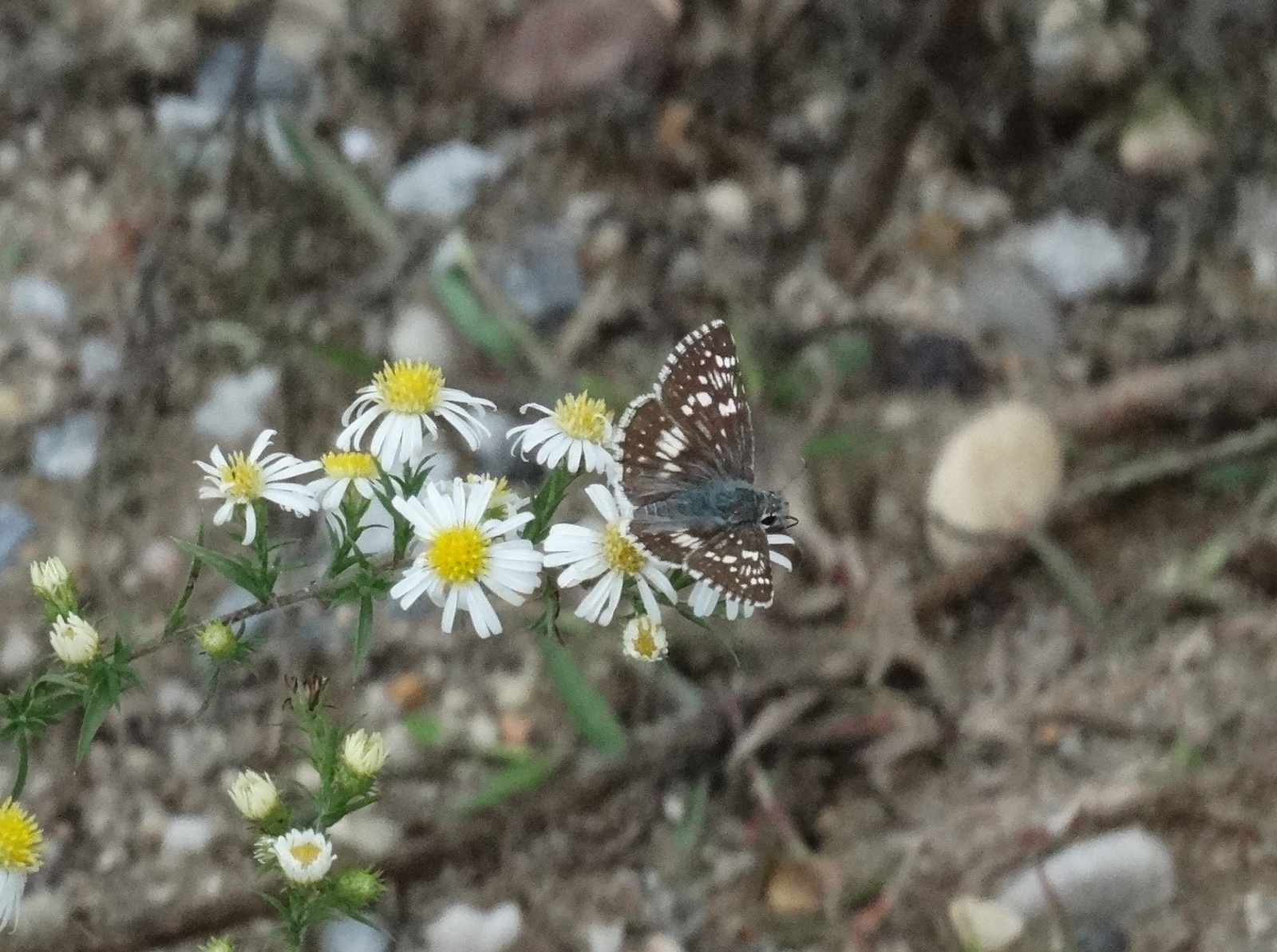 It was a good year for common checkered-skipper. Sandra Keller and Marilyn Henry found this one at the National Park Dredge Spoils in GLO on 10-3-16. 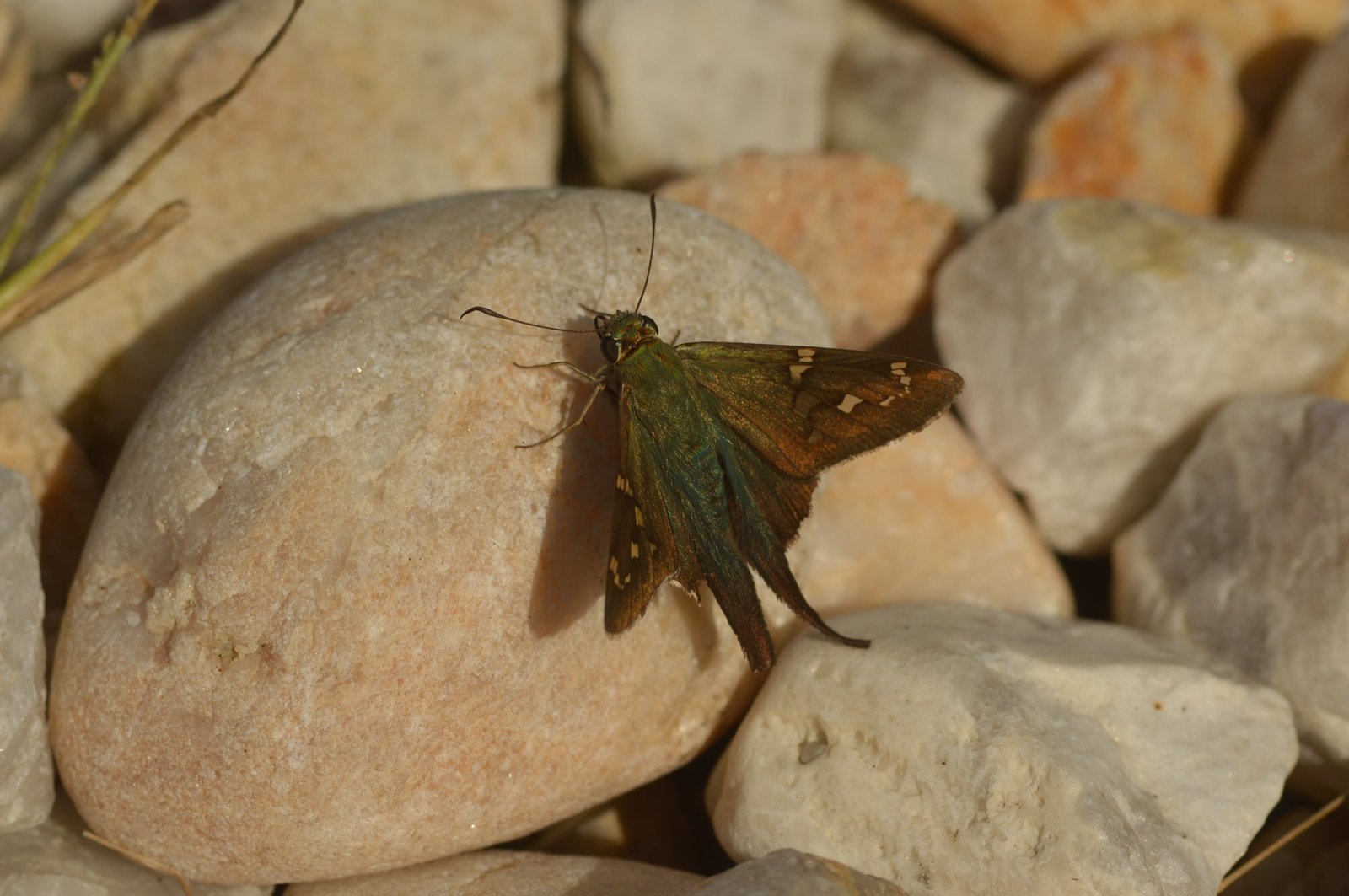 It was an excellent year for long-tailed skipper. Will Kerling found this one at the Triangle Garden, Cape May Point, on 10-3-16. 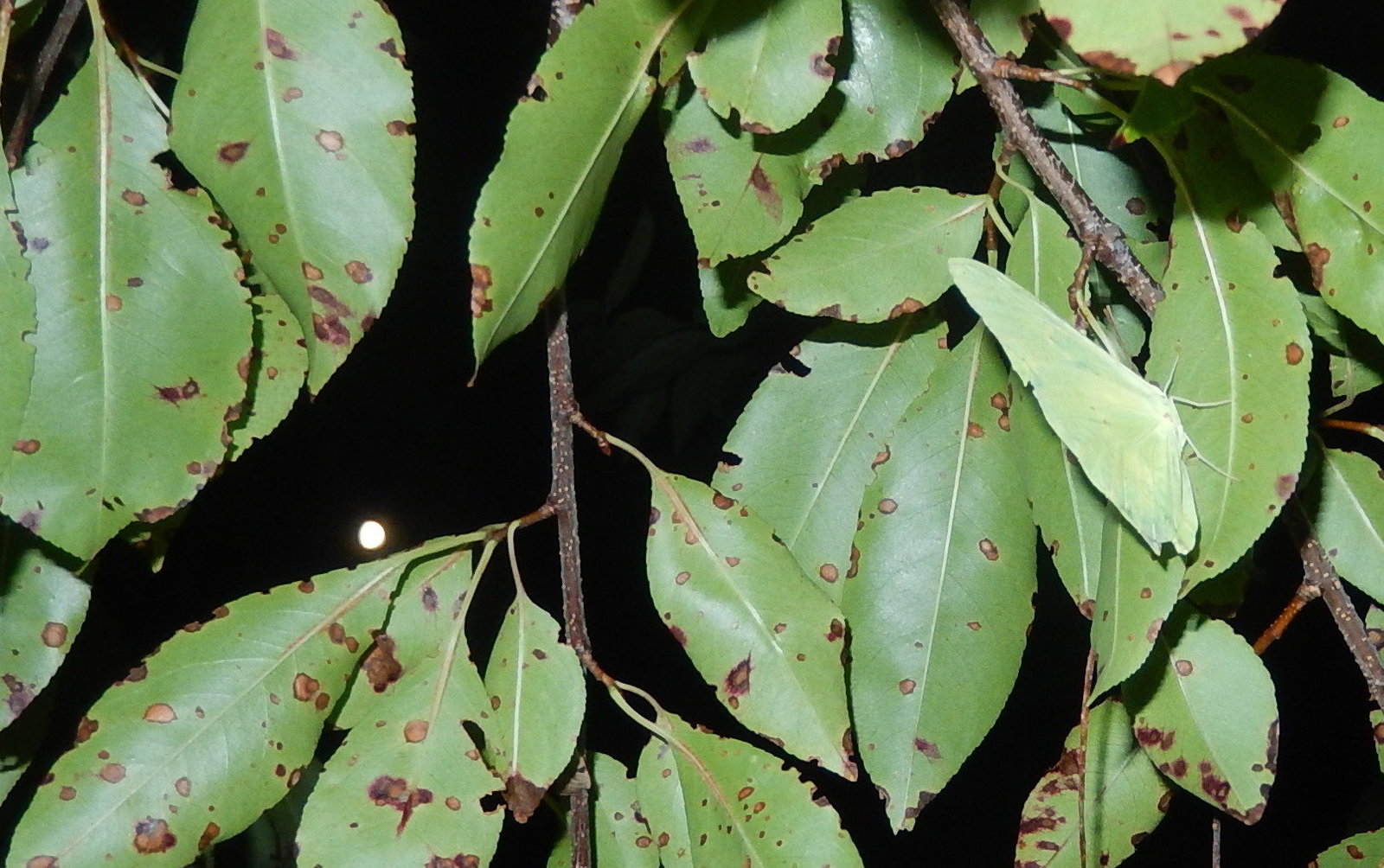 Where do butterflies go at night? Jack Miller found the answer for at least one cloudless sulphur was “Under black cherry leaves” — in his garden in Petersburg, CMY, on 10-12-16. 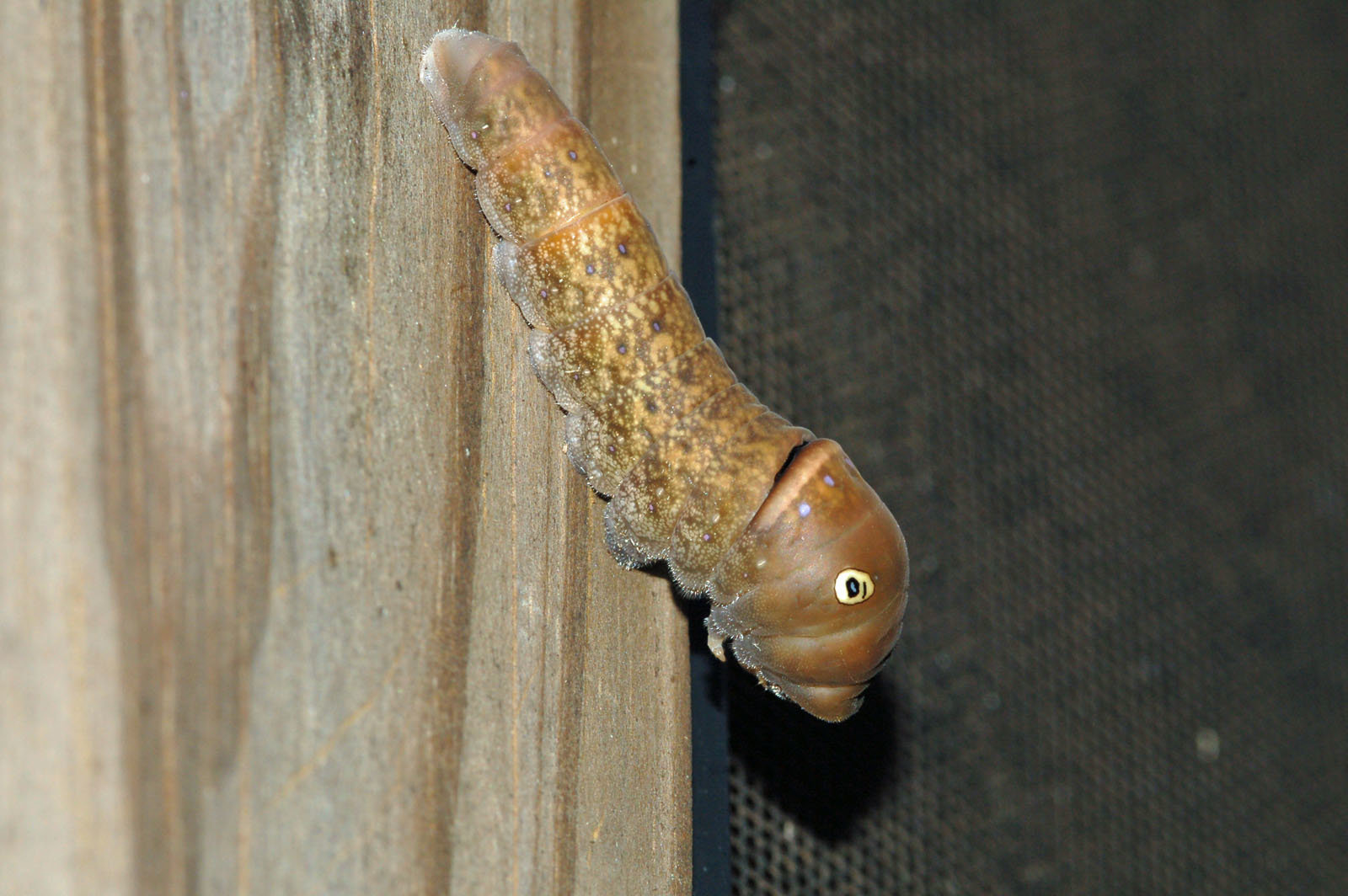 Adult tiger swallowtails are generally easy to see, but how many of us have managed to photo one of their caterpillars? Pat Sutton managed the trick in her garden in Goshen, CMY, on 10-19-16. 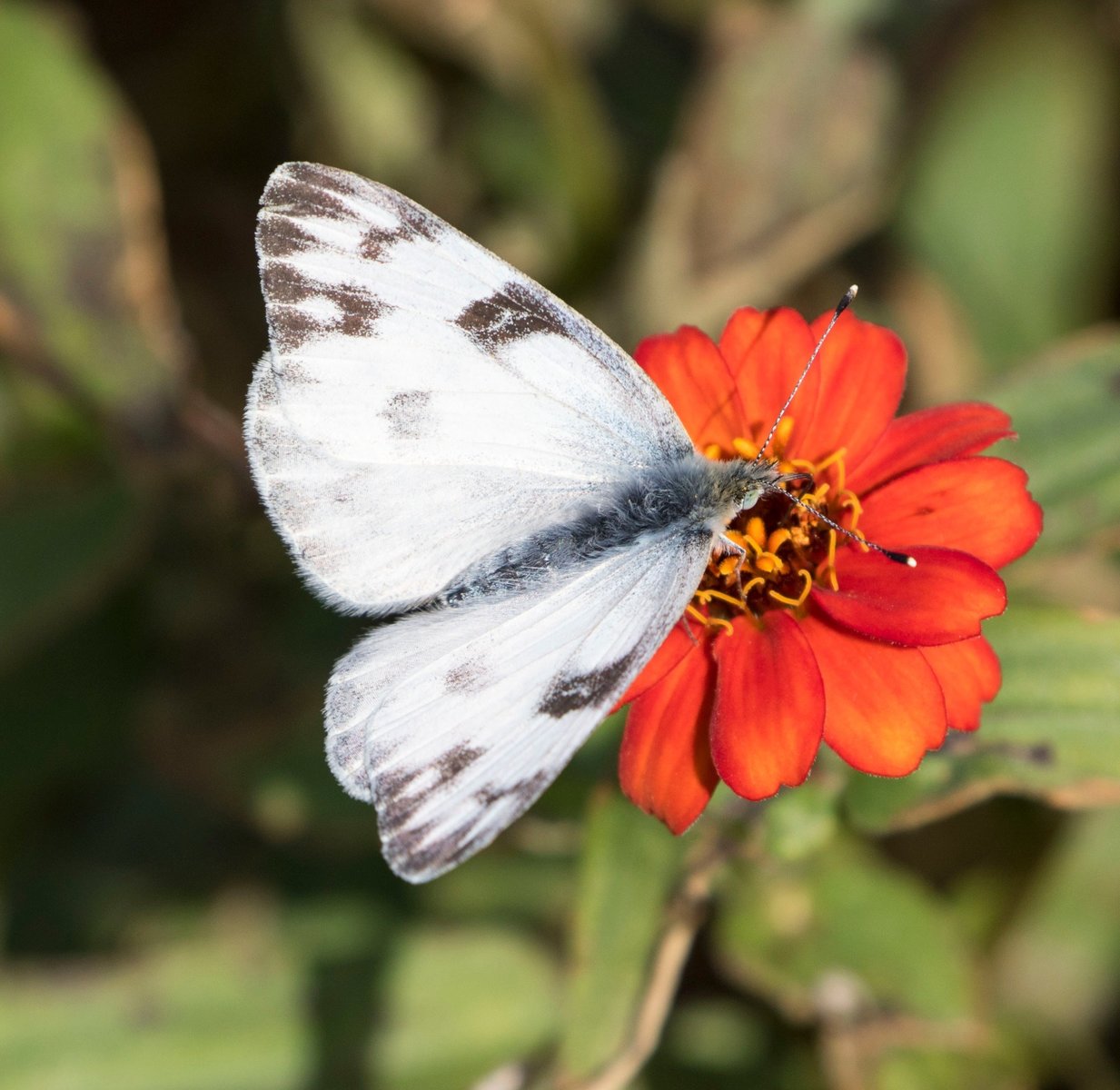 This female checkered white Beth Polvino found in her garden in CMY on 10-29-16 was only the second we have recorded in the county in the nine years of our project, 2008-2016. It was also the last reported in South Jersey for the year.

As always, species diversity declined rapidly in November, especially through the first ten-fifteen days. Nevertheless, we found 28 species during the month. 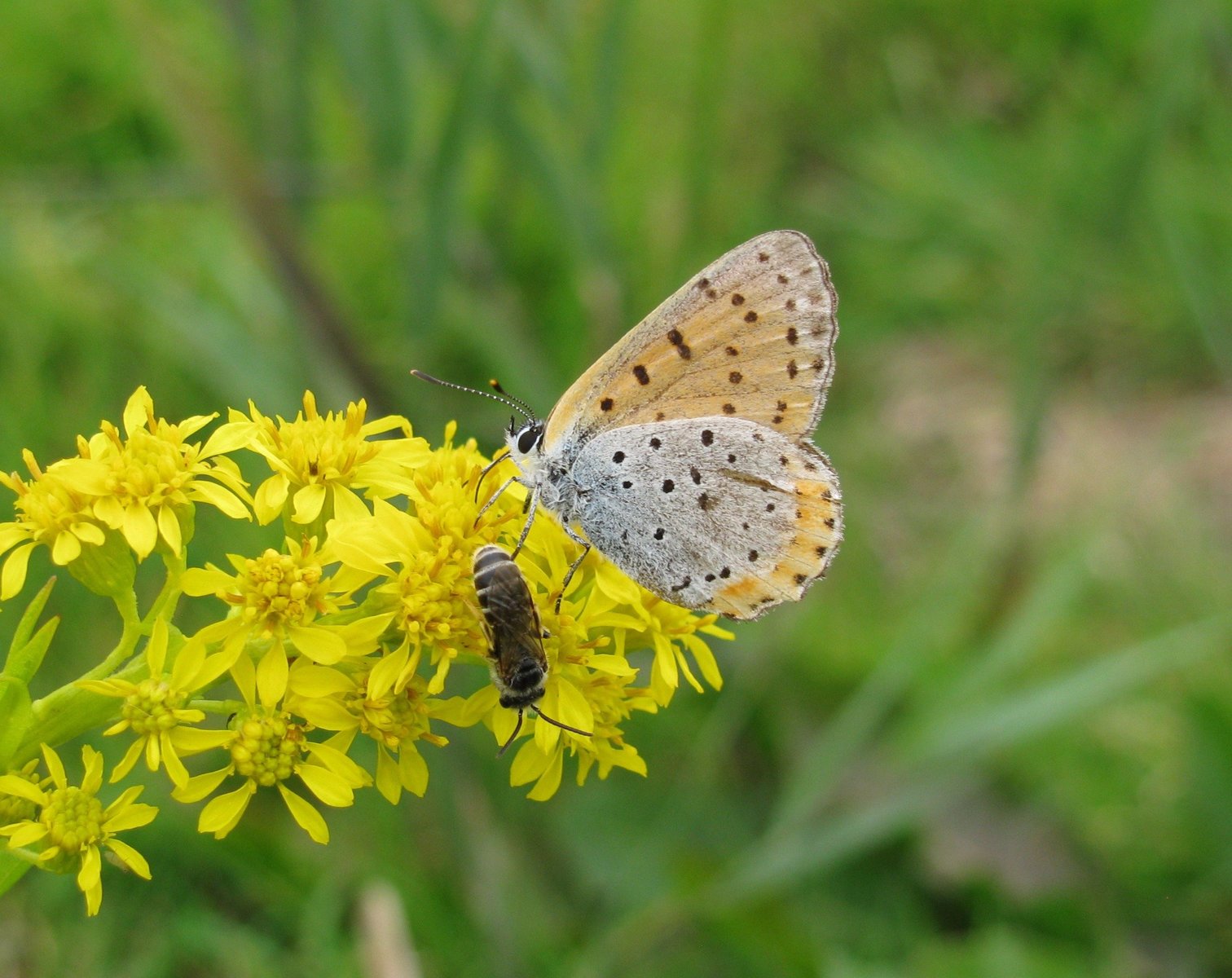 Steve Glynn monitored the bronze copper colonies in SAL throughout the year. This one was his (and our) final individual for 2016, found on 11-2-16. 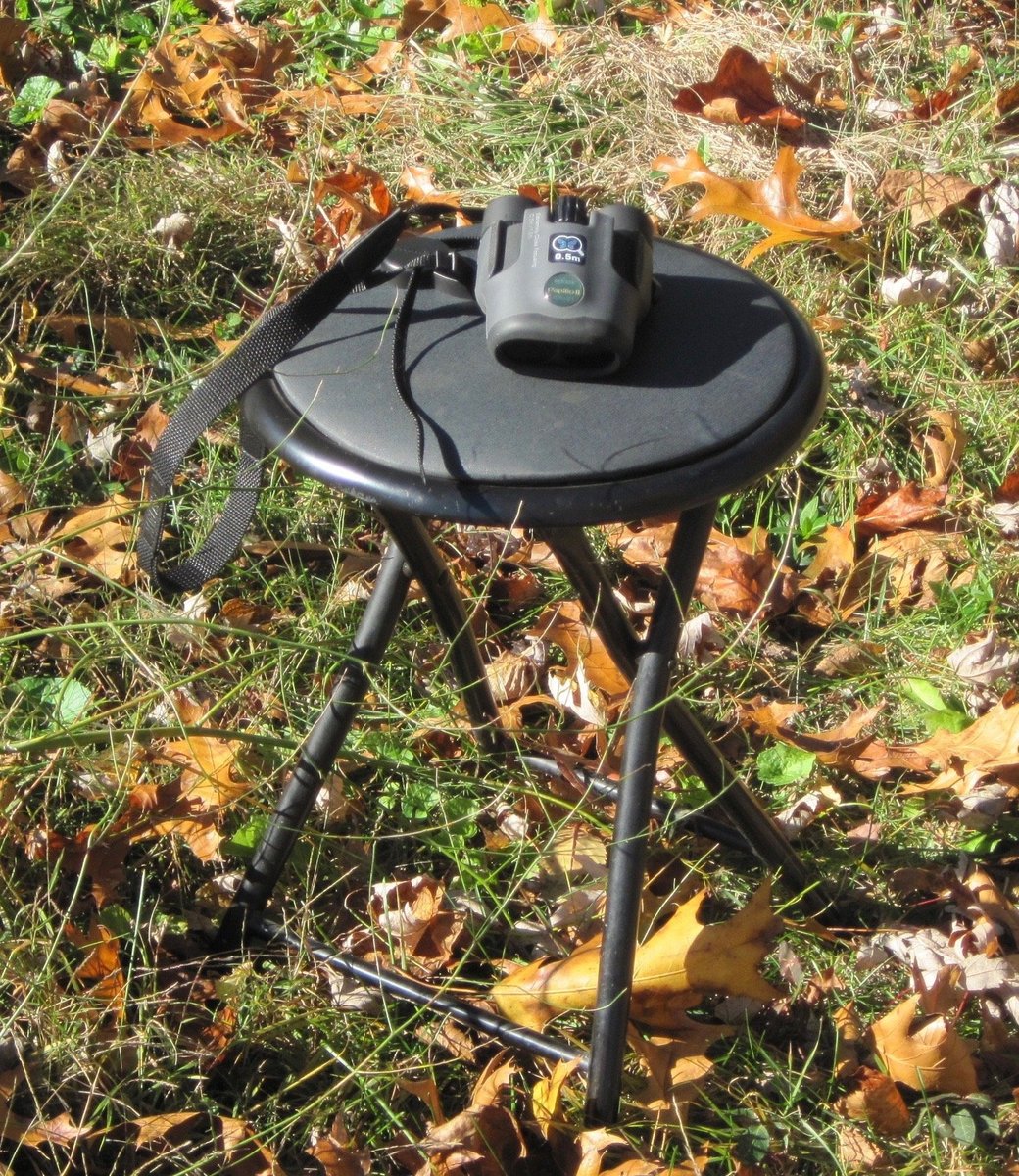 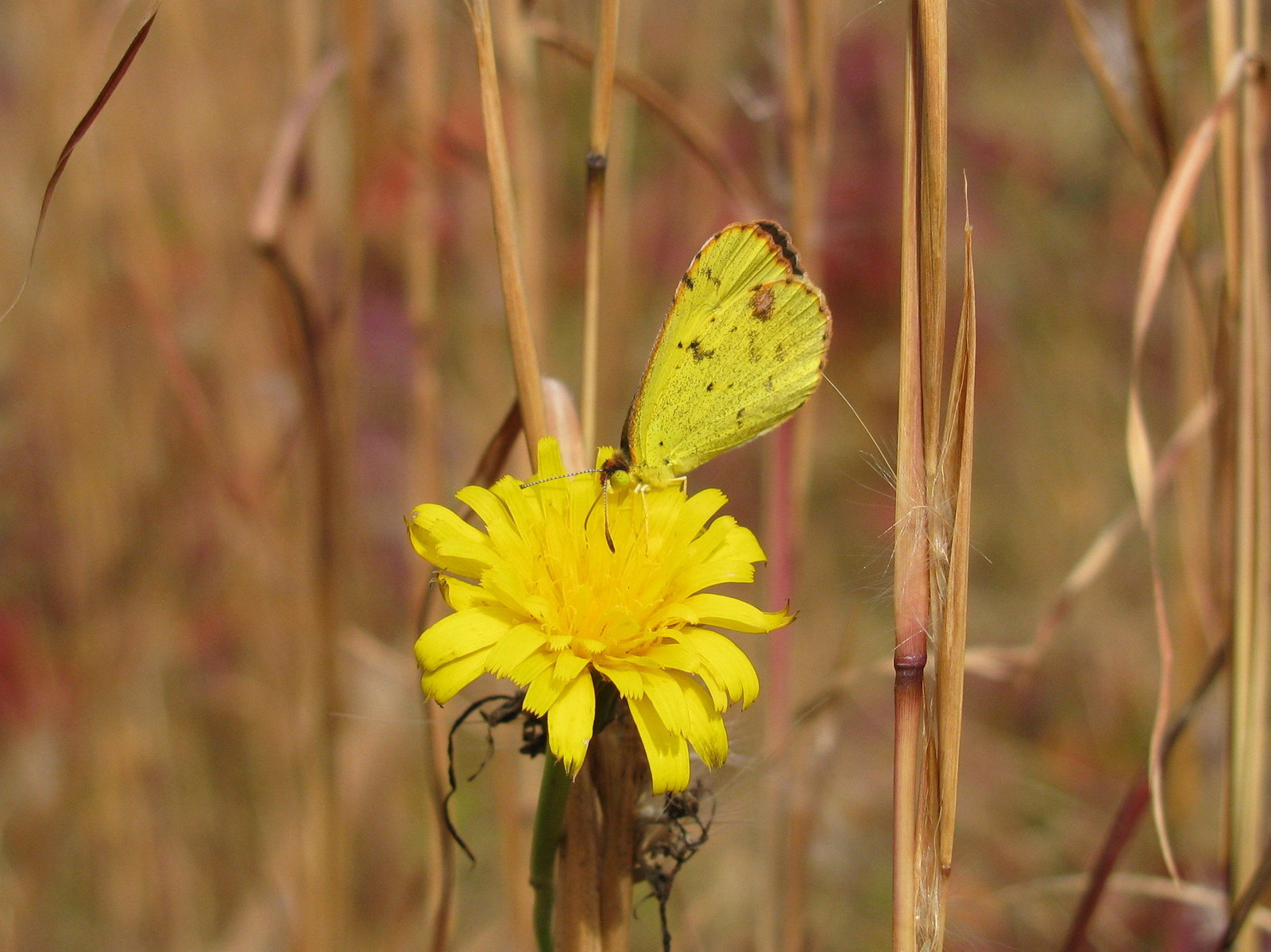 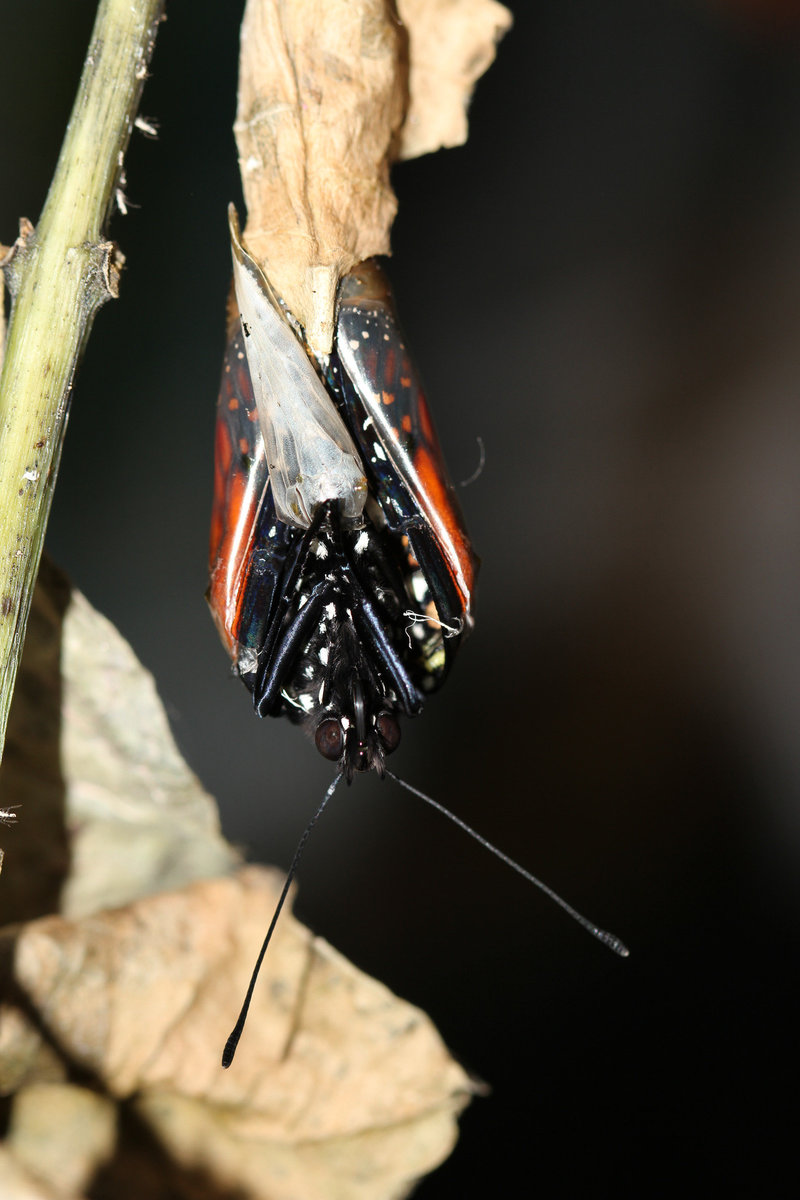 A monarch eclosing photo’d by Dave Amadio in his garden in West Deptford, GLO, on 11-19-16. 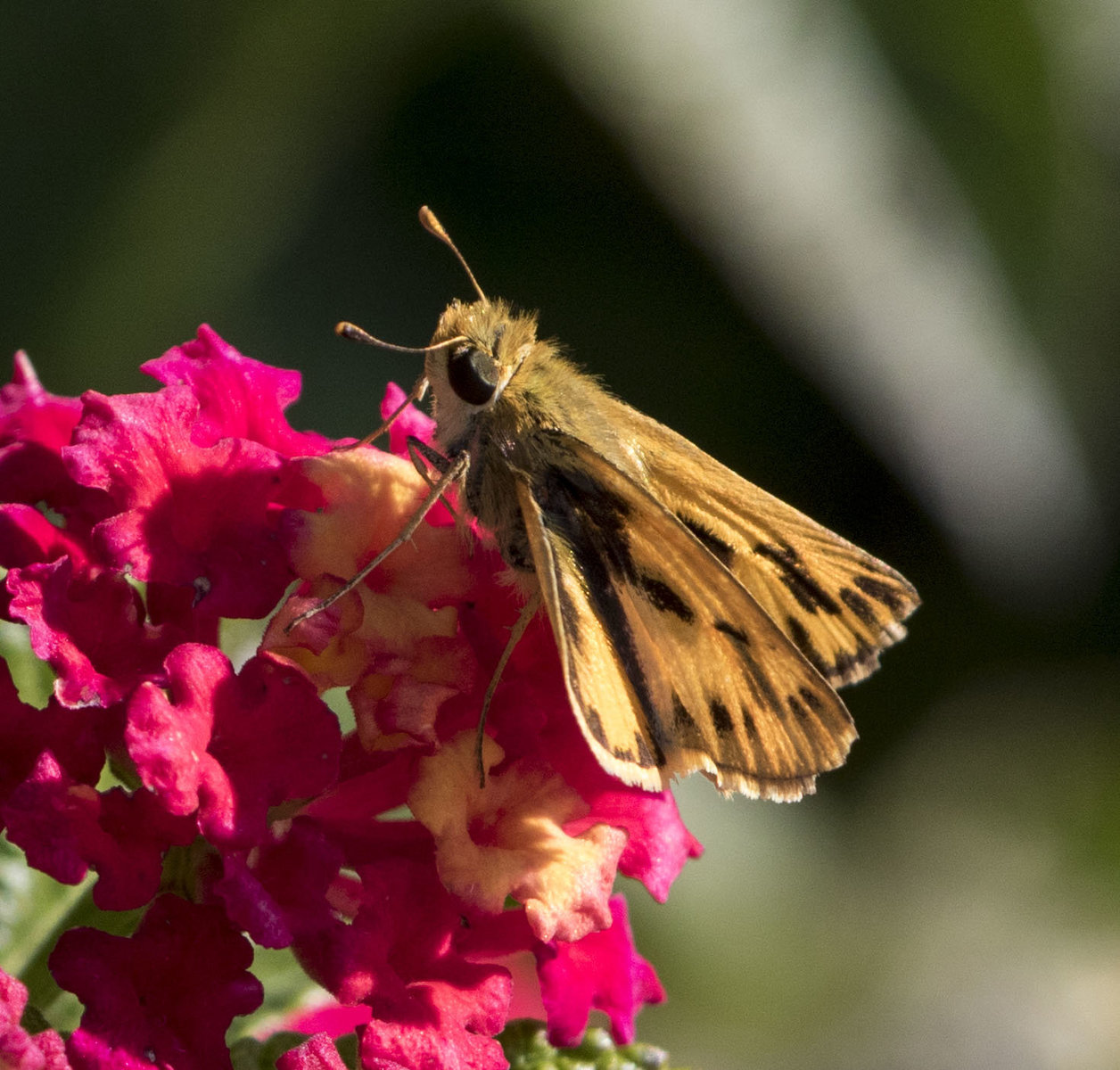 It was an excellent summer and fall for fiery skippers, with sightings for more than four months, from July 11 to November 18. Beth Polvino found this female in her garden in North Cape May on 11/7/16. 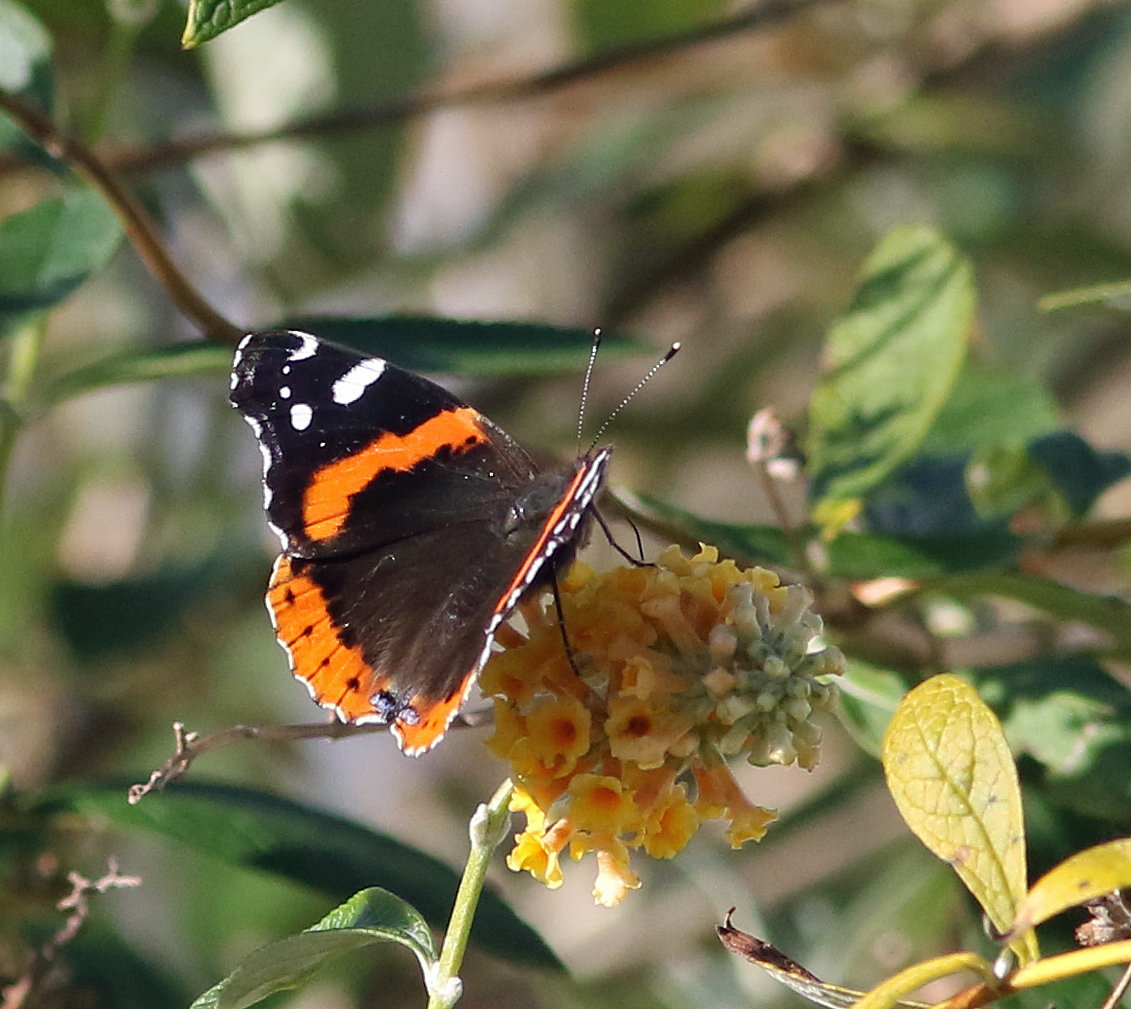 As of the 5th of the month, we have recorded 10 species for December, including this red admiral photo’d by Harvey Tomlinson in his garden in CMY on 12/1/16. 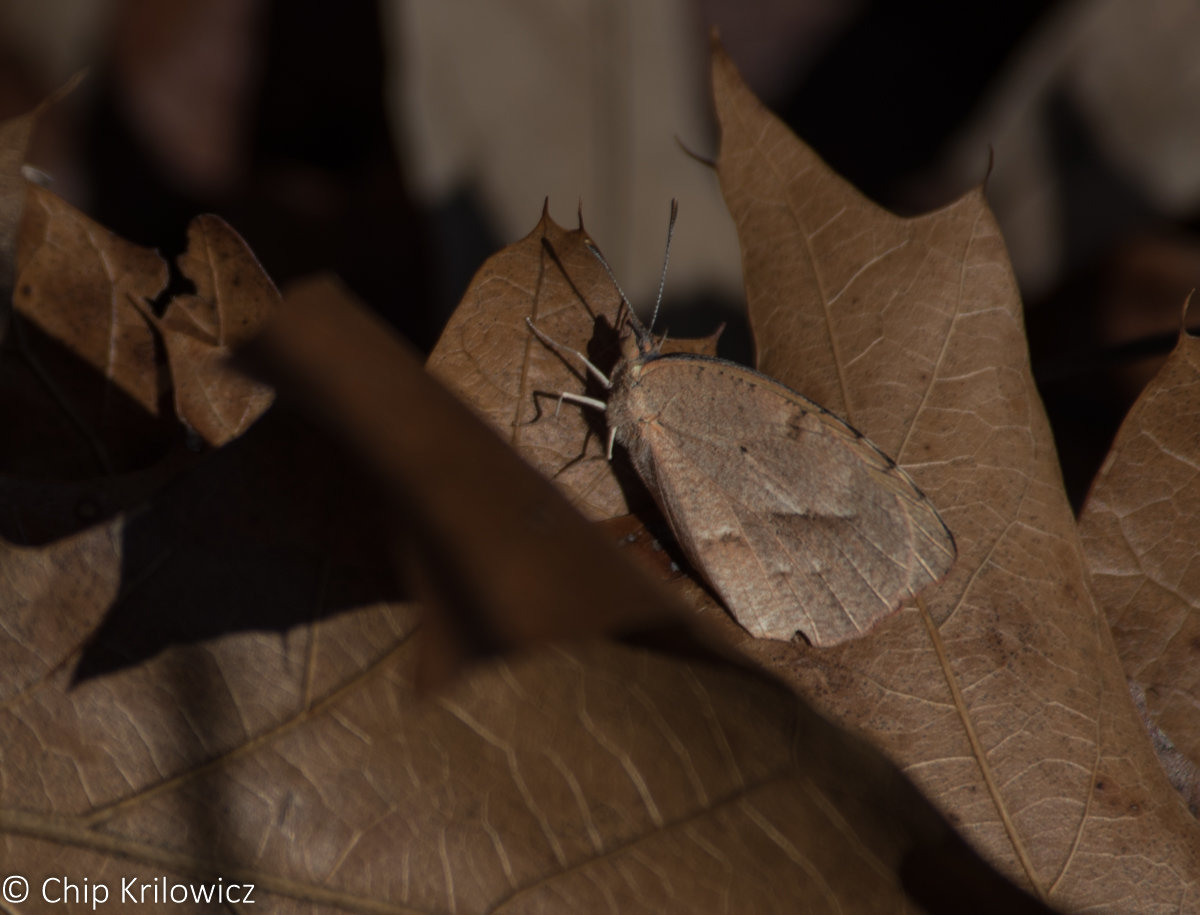 Looking Ahead To Winter

December 2015 was the warmest on record, and odds are that we will not see the number of late finds this December that we had last year. However, we have already recorded Chip and Jean’s mind-bender above and we are already nearing a dozen species for the month, so who can say what is coming?

Keep an eye out, everyone!
Jack Connor