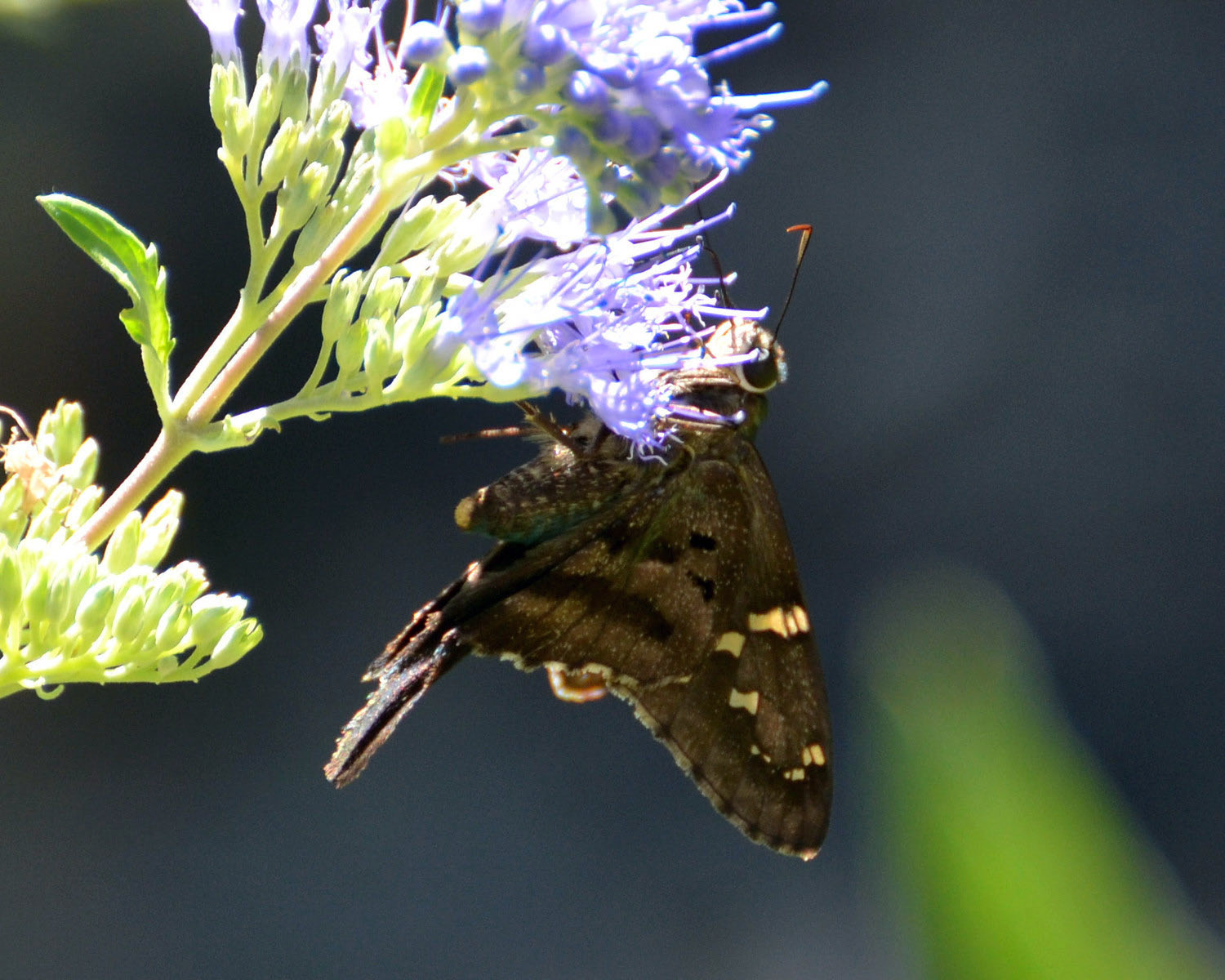 Claire Campbell found this long-tailed skipper, our 91st species, in her garden in Marlton, BUR, on September 12. We have had half a dozen reports since, all in CMY.

Will Kerling has very kindly compiled our list of all species reported to our log so far this year in South Jersey. Here’s his report. Thank you, Will!

As of September 19, I think that we have the 91 species for the year (the minimum). Over our log’s existence we have found between 90 and 95 species a year.

The 56 true butterflies are as follows:

The Skippers’ two groups include 11 species of Spread-winged Skippers and 24 species of Grass Skippers, as follows:

It is very difficult to find a new one now — as per usual. 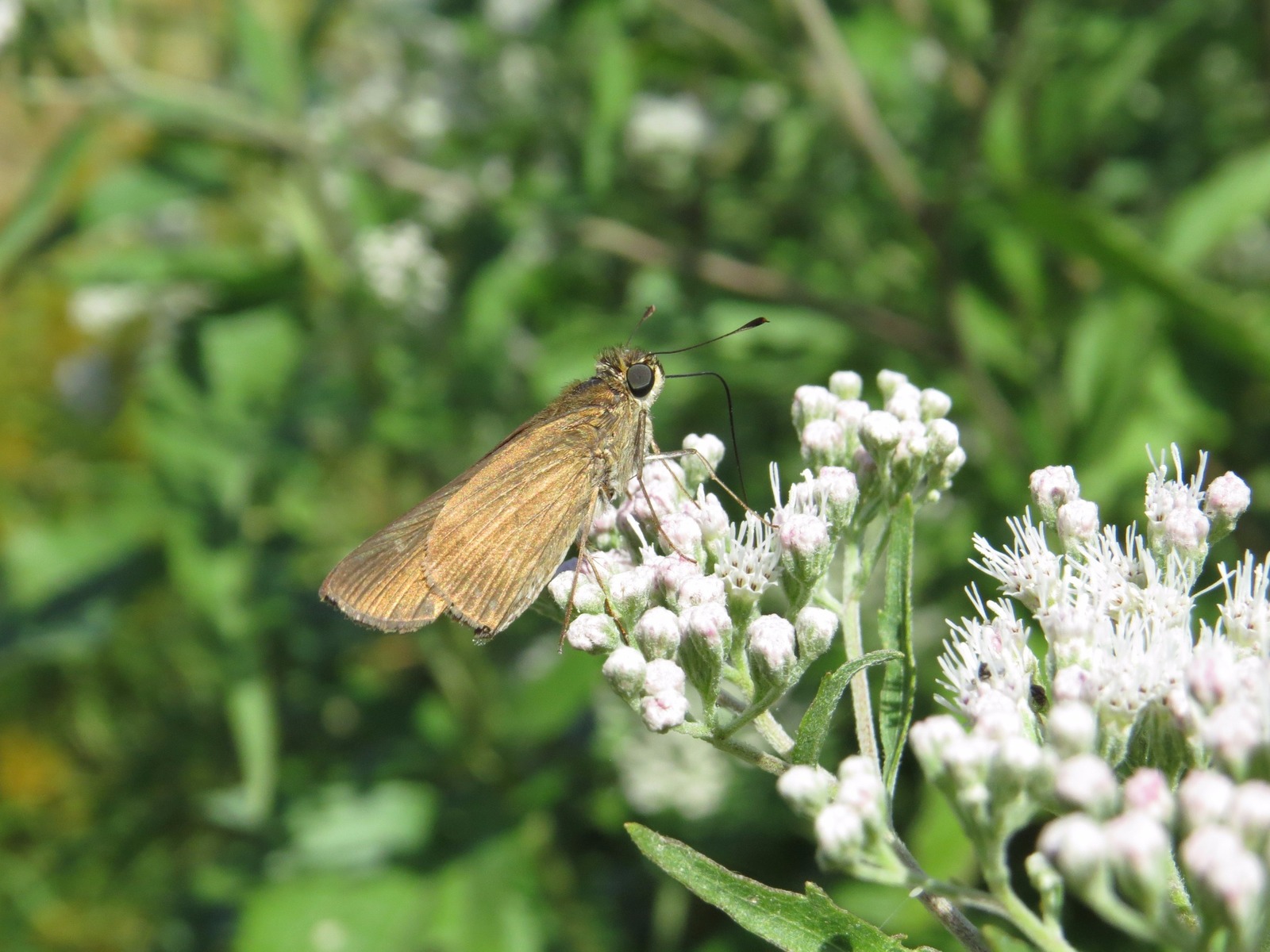 Update: Soon after sending along his report, Will found an Ocola skipper in Atlantic County: Estell Manor, 9-18-16. So we now need to find Ocolas in just SAL and OCN to complete a sweep of all eight counties for the year.

This entry was posted in Compilations, Looking At Our Data, Lycaenids, Milkweed Butterflies, Nymphalids, Pierids, Skippers, Swallowtails. Bookmark the permalink.