More Rosa Pix — And a Question for Spring 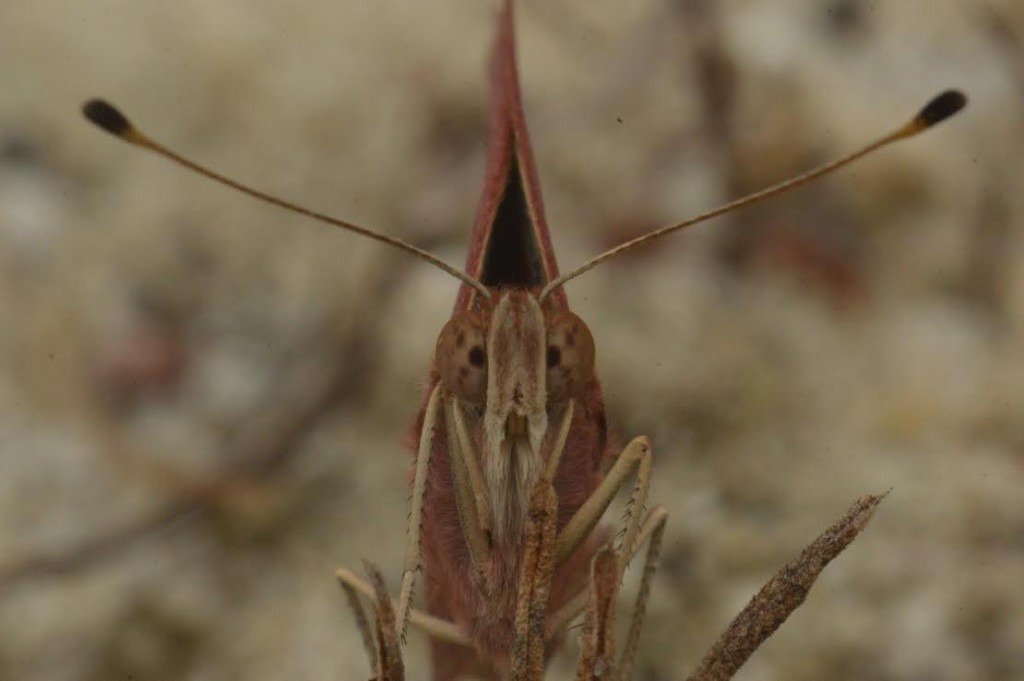 A “rosa” morph buckeye photo’d up close and personal by Will Kerling at Lizard Tail Swamp Preserve (CMY Co) on 10-25-15.

In follow-up to the post of November 9 here are more photos of “rosa” morph buckeyes, showing their wide range of forms.

Thanks to the photographers listed here for passing their shots along.

See the earlier post — below — for a synopsis of Professor Kelly C. Smith’s article investigating the causes of these forms and presenting his break-down of the spectrum of morphs.

And for a question to consider for next spring, see the end of this post and a photo from April, 2012. 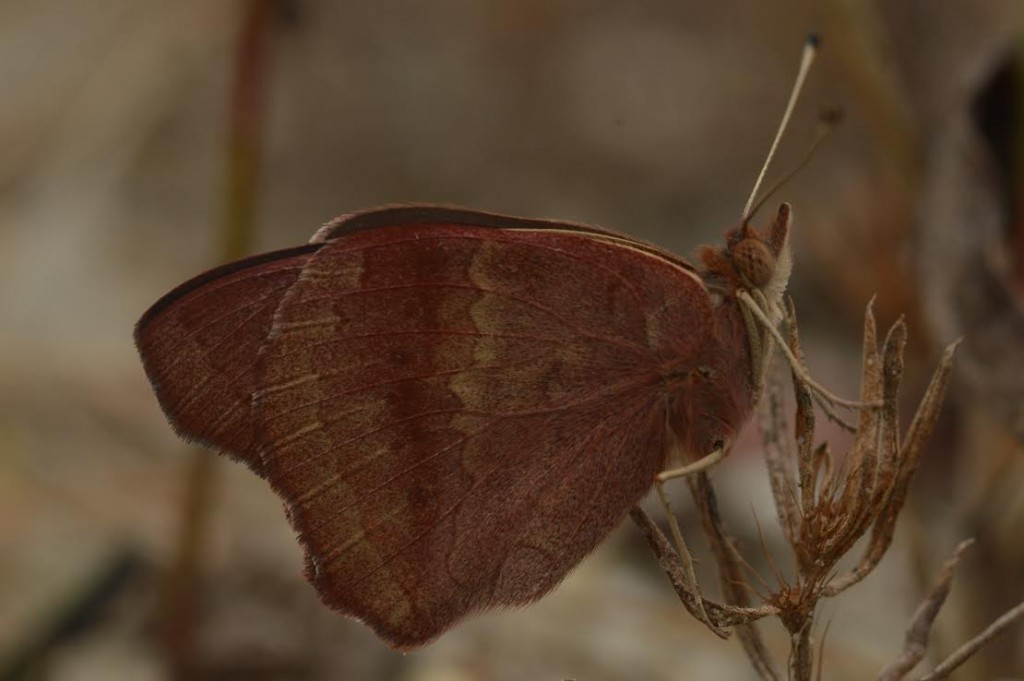 A ventral photo of the same individual at Lizard Tail by Will Kerling on 10-25. Will notes it was a cold day and the butterfly was especially cooperative. Would K.C. Smith call this an “extreme rosa”? 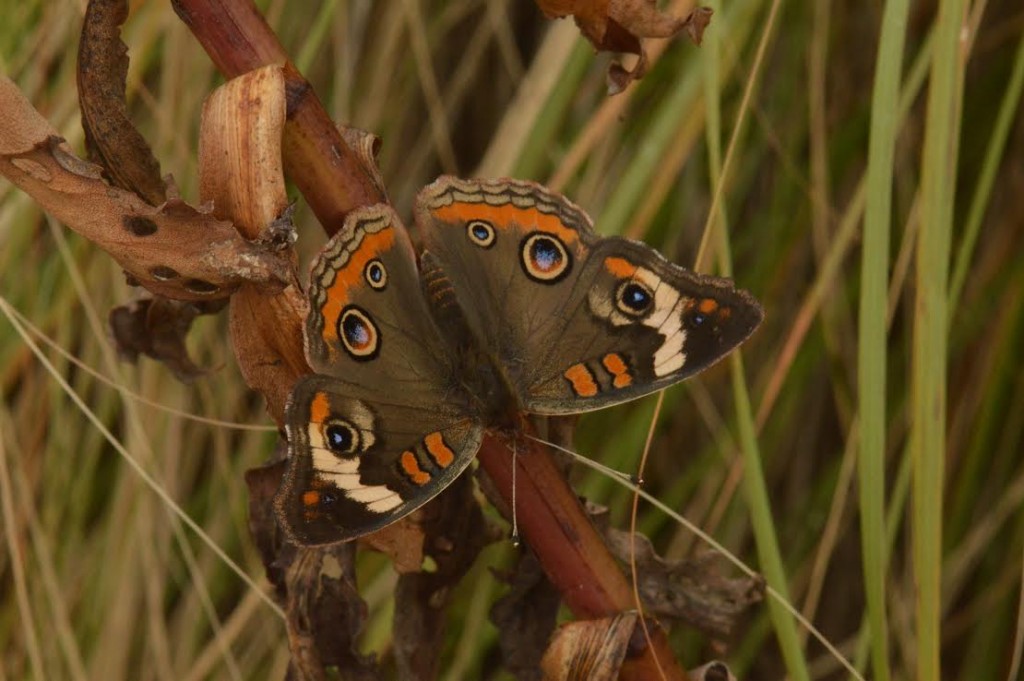 A dorsal shot of the 10-25 Lizard Tail individual by Will Kerling. Click to enlarge and you can see red along the edges of the wings, from the fore-wings all the way around to the inside edges of the hind-wings, where they meet the abdomen. (See the 11-9-15 post for a similar pattern in the individual photo’d by Dave Amadio at Riverwinds, GLO, on 11-8-15.) 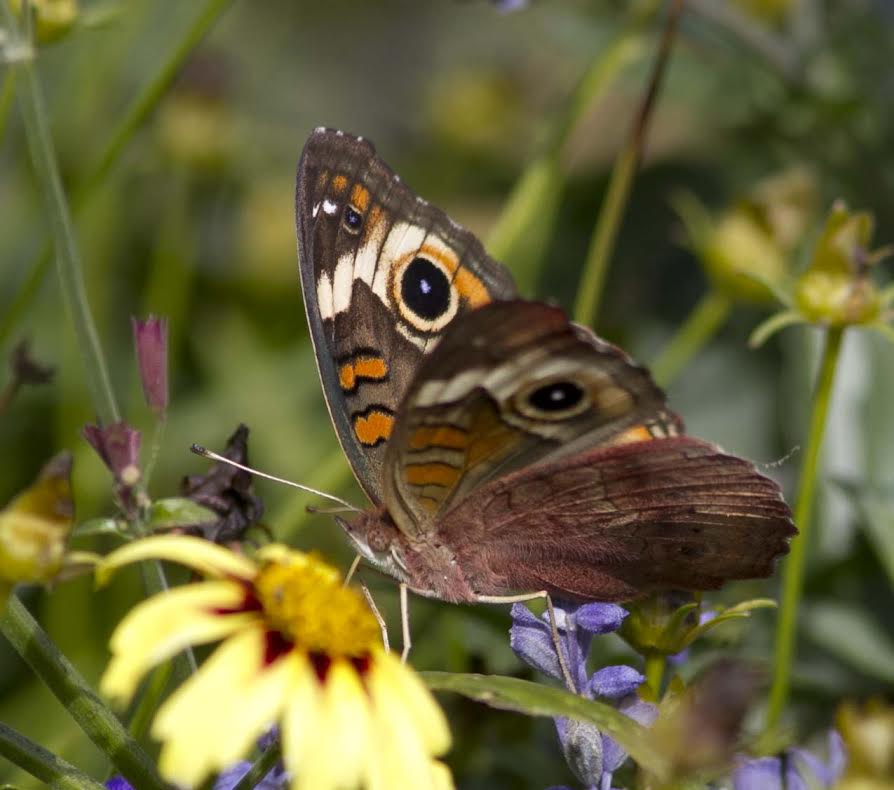 Beth Polvino photo’d this lighter “rosa” in her North Cape May garden on 10-12-15. Would K.C. Smith put this in his middle category of his five “rosa” forms? 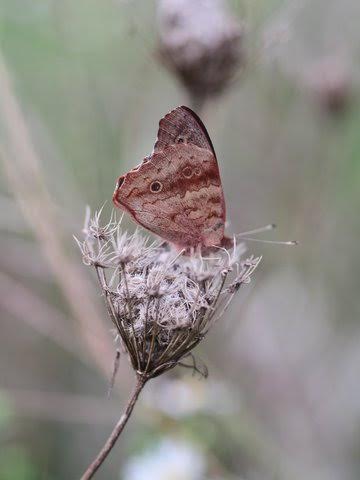 An individual photo’d by Dave Amadio in Rehobeth, DE, on 10-25-15. This one’s VHW looks lighter than Beth’s buckeye above.  It might fit somewhere between “light intermediate” and “dark intermediate” in Smith’s terminology. 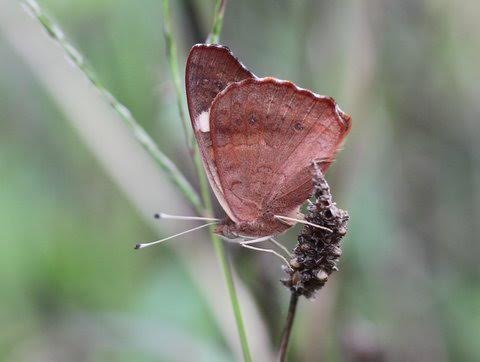 A somewhat darker individual (with pattern on VHW more obscured), photo’d by Dave Amadio at Rehobeth on 10-25-15. 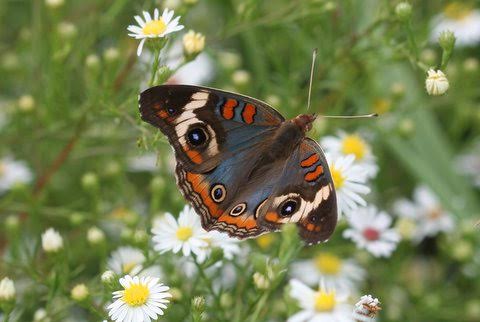 A dorsal shot by Dave Amadio at Rehobeth on 10-25-15 showing how the upper-side colors also vary among buckeyes. Compare especially the bright slate-blue areas of this individual with the browner upper-sides on the individuals photo’d by Will and Beth above.

And looking ahead to next spring…

What do you make of the individual below, found dead and photographed by Will Kerling at Lizard Tail on 4-15-12? Its diminutive size catches your eye first (Will and others found a number of runt buckeyes flying that spring), but the reds in the ventral hind-wing and the tip of the ventral fore-wing also show “rosa expression.” 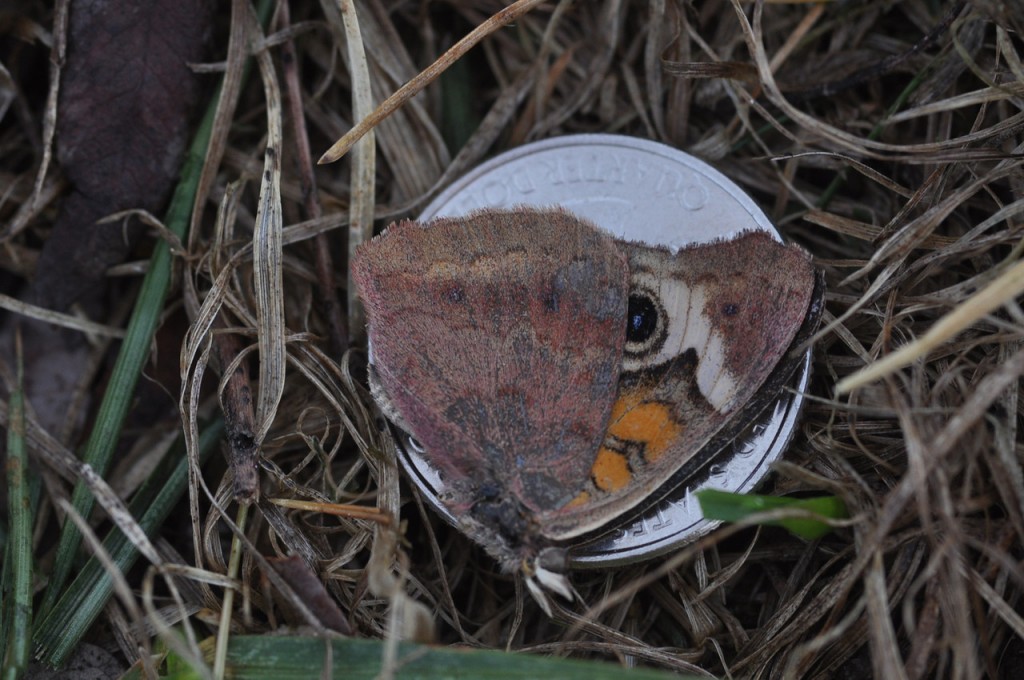 That red, the date, and the wing-wear (and possibly also its dwarfed-size) suggest this is an individual that went through the three first life stages — egg, caterpillar, and pupa the previous fall (2011).  It almost certainly eclosed in fall, 2011, and survived the winter as an adult.  Whether it over-wintered in South Jersey or migrated into the state in April, 2012, is hard to know.   Winter and spring of 2012 were especially mild and we had records for adult buckeyes in January, February, and March, so at least some buckeyes managed to over-winter in South Jersey that year. (2012 still holds the most earliest-ever dates on our log).

Can our South Jersey Butterfly Project document “rosa morph” buckeyes in spring 2016? They could be fun to search for.   Most buckeye spring flyers are migrants from southern states, according to the literature, and most years we see our first arrivals in mid- to late April.  If the first we see this coming spring are red forms (and if Smith is correct suggesting that lower temperatures and shorter days are the primary causes of the polyphenism), they have likely over-wintered to the south as adults — after moving through the first three life stages and probably into adulthood sometime between August and November, 2015.  Could they have flown both ways?  South from their natal areas here out of the state and then back to NJ in spring?

This entry was posted in ID Challenges & Tips, Links to Research Articles, Looking At Our Data, Nymphalids, Out-of-Area Reports. Bookmark the permalink.

1 Response to More Rosa Pix — And a Question for Spring