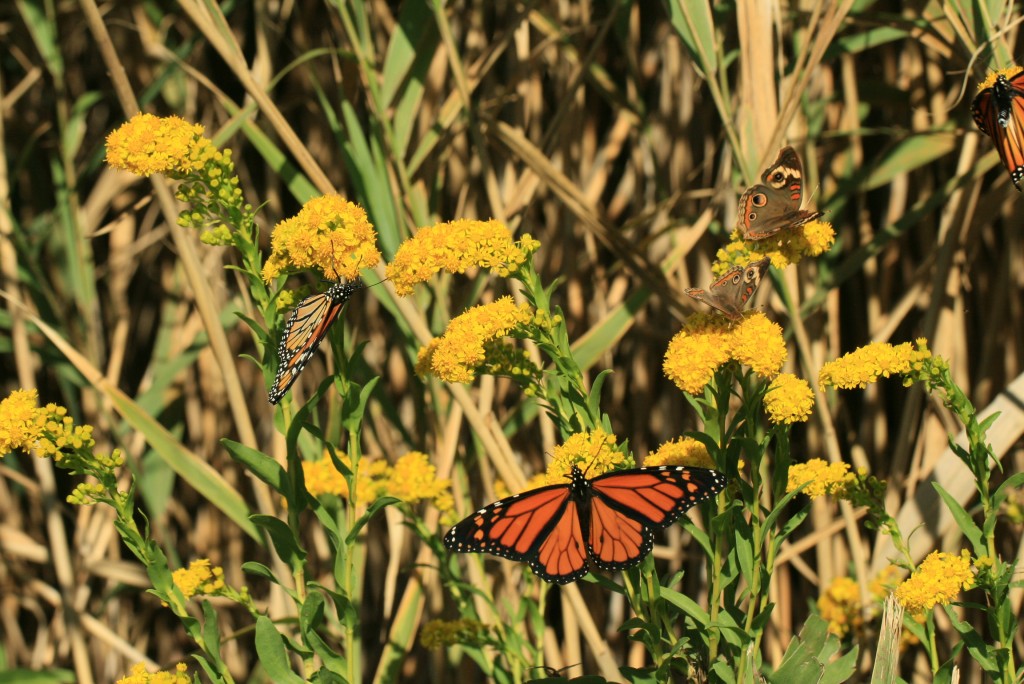 We came, we saw, and we contemplated.

Jack Miller led a half dozen of us on an investigation of the butterfly migration along Bay Avenue in Maurice River Township and in other, nearby spots on October 7. We were searching especially for buckeyes, as their south-bound movements seem little-studied.  It made for a delightful day in the field.  (Thank you, Jack!) To see our lists with numbers go to the log reports here:

One easy conclusion:  This quiet road makes a migration hot spot that we should  continue to watch — for the rest of this month and in future years.  If we count the variegated fritillary and red admirals as probable south-bound migrants and count the fiery as a “wrong-way” migrant, we observed at least 200 butterflies on the move from that one spot (86 buckeyes, 110 monarchs, one variegated frit, two admirals, and one fiery.   And who knows what the American ladies and orange sulphurs were doing?

Here’s the scene as described by Jack after his visits on September 28th and 29th:

Just south of the East Point Lighthouse, Bay Avenue runs parallel to the bay for about 400 yds (a guess). There are only about twenty yards from the bayside edge of the road to the water; on the inland side grow long lines of Phragmites edged with goldenrod and Baccharis (groundsel).

The buckeyes were nectaring mostly on goldenrod, sometimes two to four on one flower stalk. They were calm and approachable. Some could be found in the grass beneath the goldenrod or on the bay side of the road on the ground. They did not seem territorial or interested in travel. At the same time, they did not show any signs of fatigue. When they were disturbed, they seemed to want to return to nectaring. Both days the temp was near 80 and the winds had been east or south east.

Yesterday, under similar winds and temperatures moving from the high 50s to perhaps 70, we watched carefully for movement out over the water by monarchs and buckeyes.  We saw a few individuals depart over the water — or along the shore south-bound. More often, however, individuals of both species headed out twenty or thirty yards and circled back. The little movement we did see seemed mostly south-bound, i.e. in the general direction of Cape May Point. 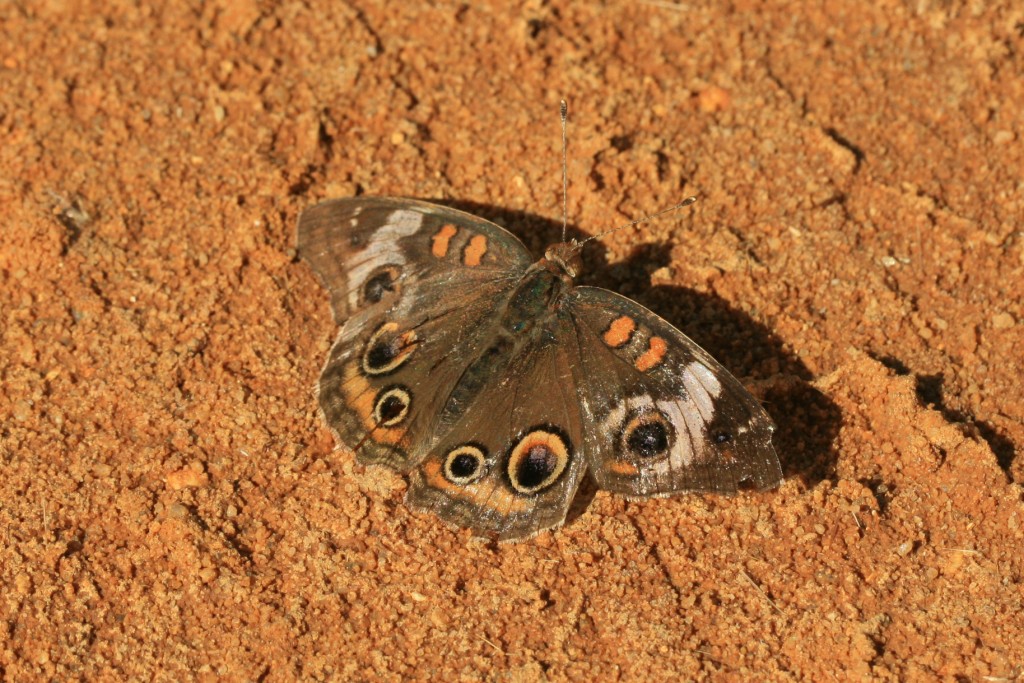 Some of the buckeyes seemed worn, but…. 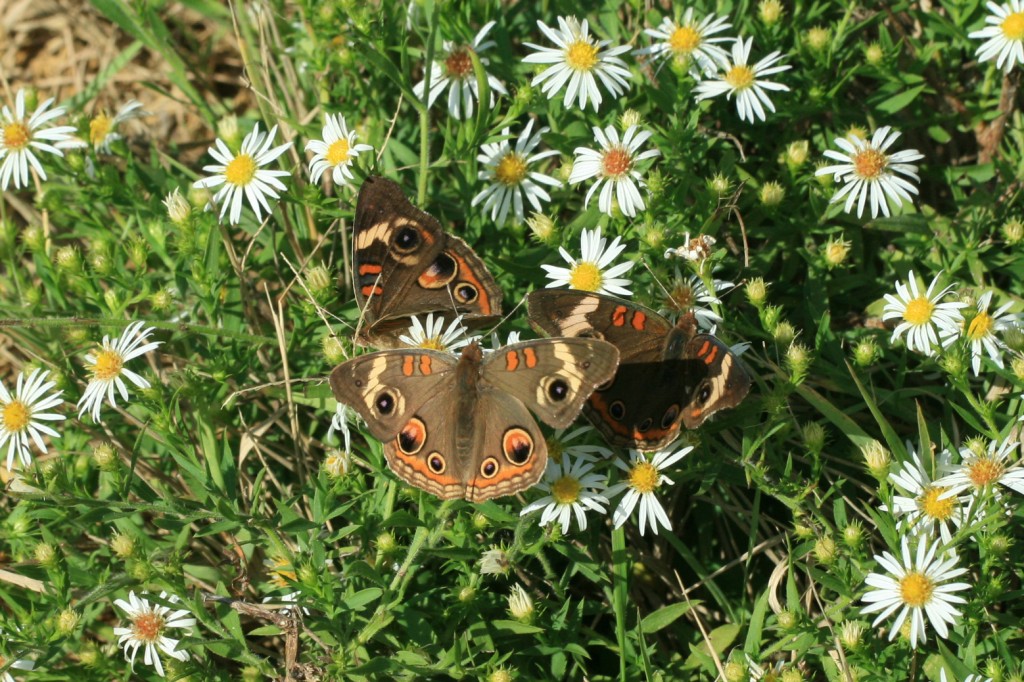 …most looked sharp and fairly fresh. 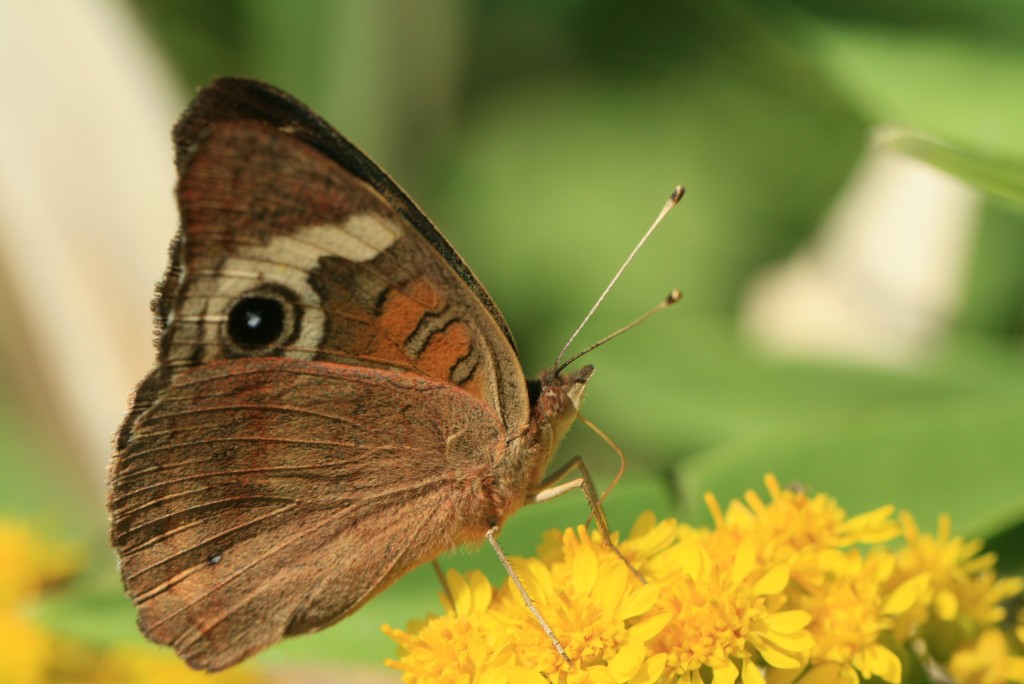 Many, if not most, of the buckeyes seemed to be form “rosa”: dark on top with reddish tones on the hindwing below. 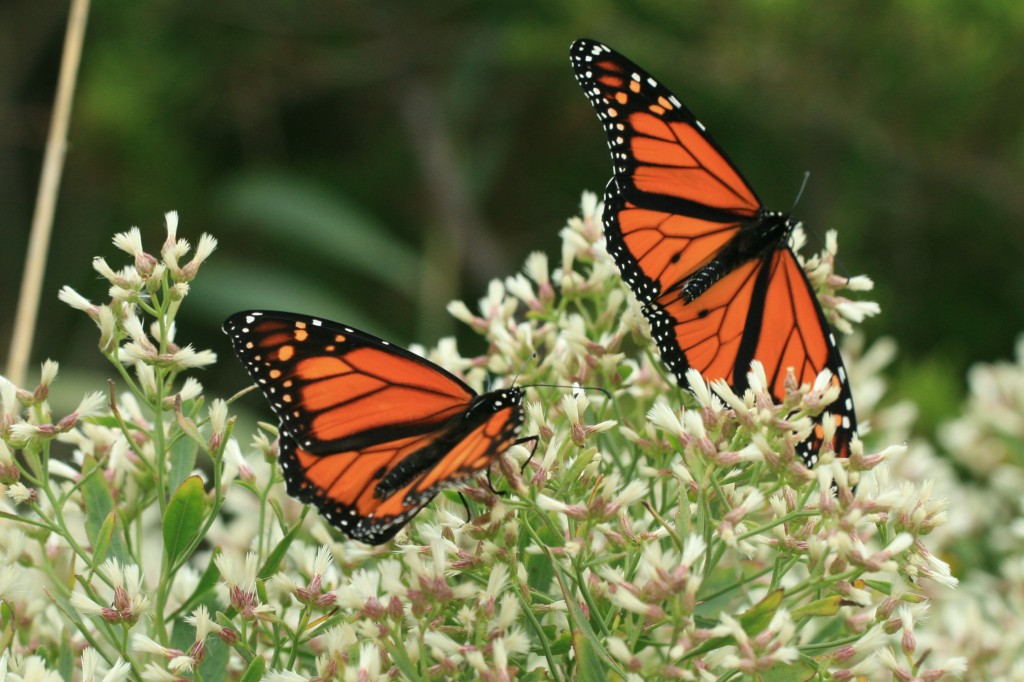 Monarchs were even more numerous, especially males, which seemed to outnumber females at least 2 or 3:1. 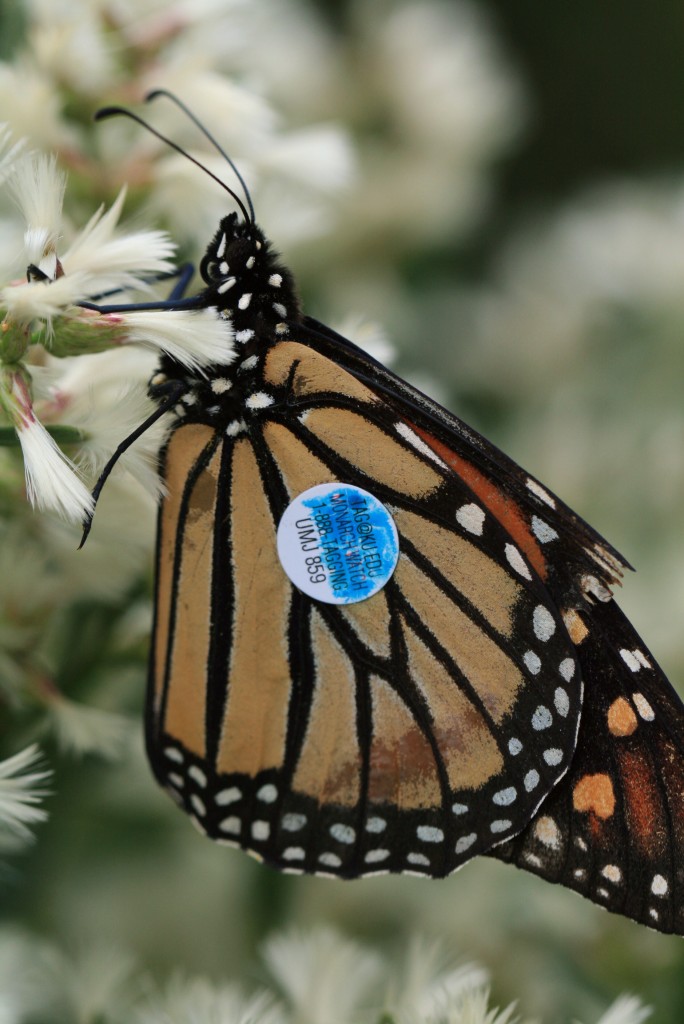 Cape May’s Monarch Migration Project has been tagging monarchs near the East Point Lighthouse (we have been told) to follow their movement from Cumberland County. Their tags are colored blue. We found this one along Bay Avenue.

We saw many other insects on or near the seaside goldenrod: 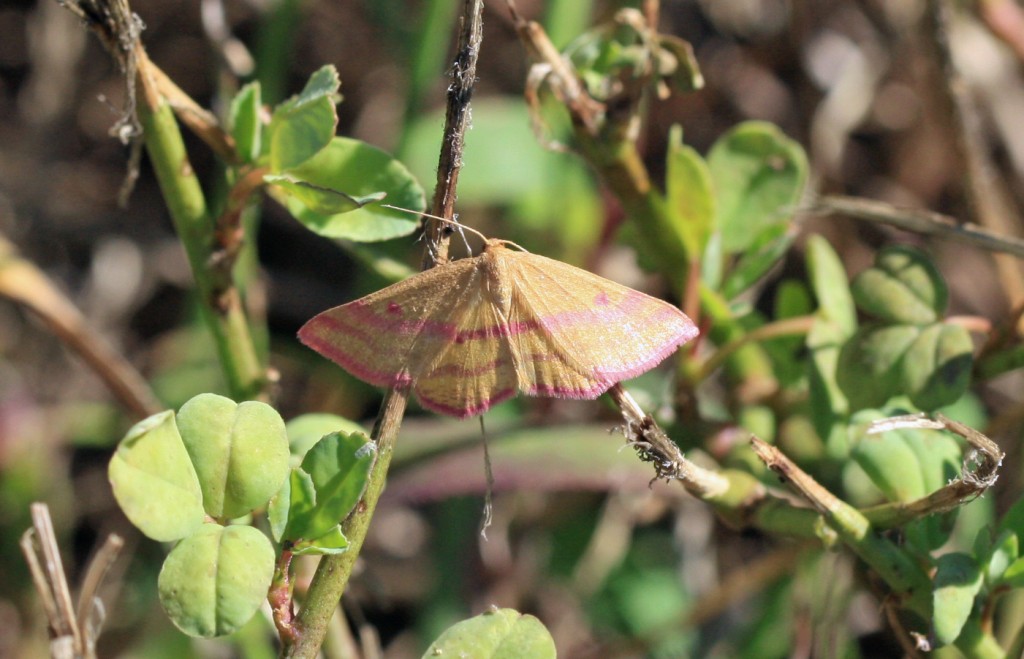 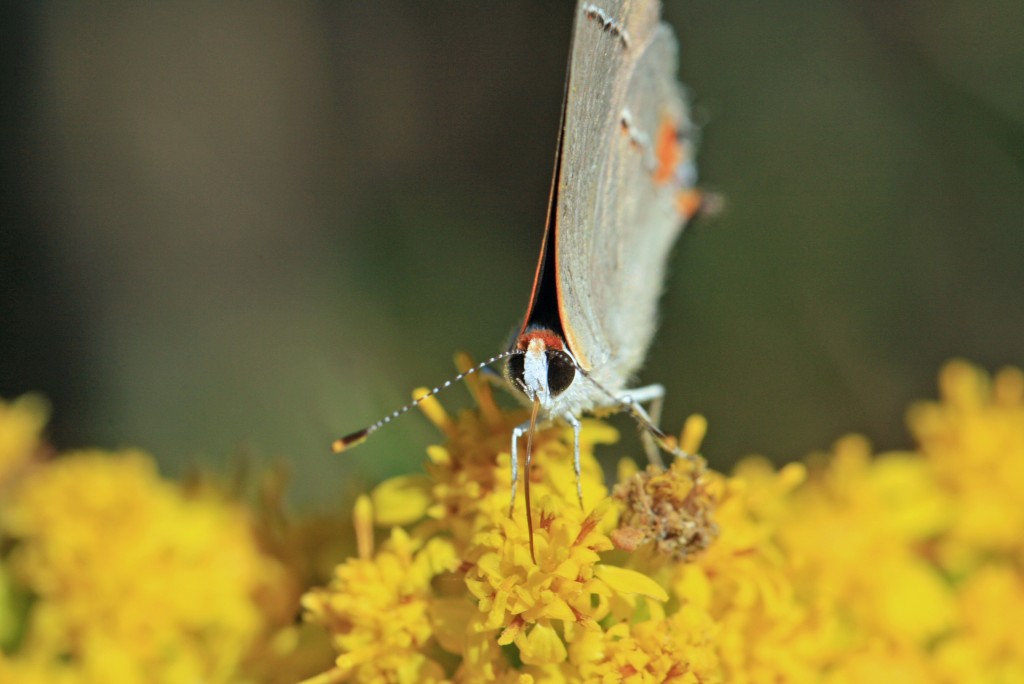 Gray hairstreak, a species seen at all our stops. 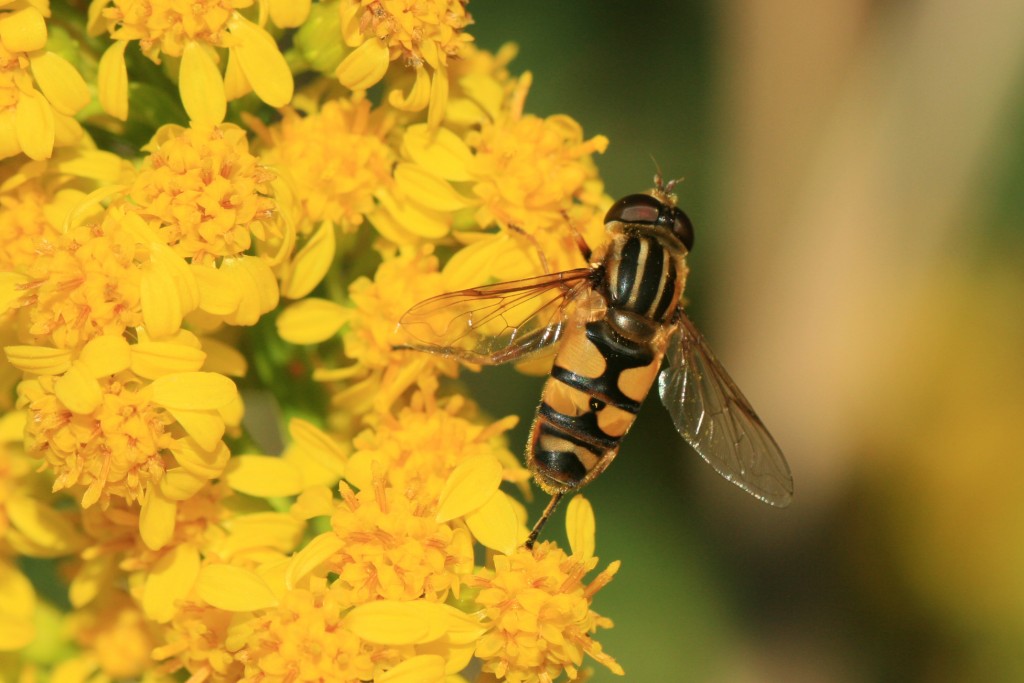 And we did at least one good deed: 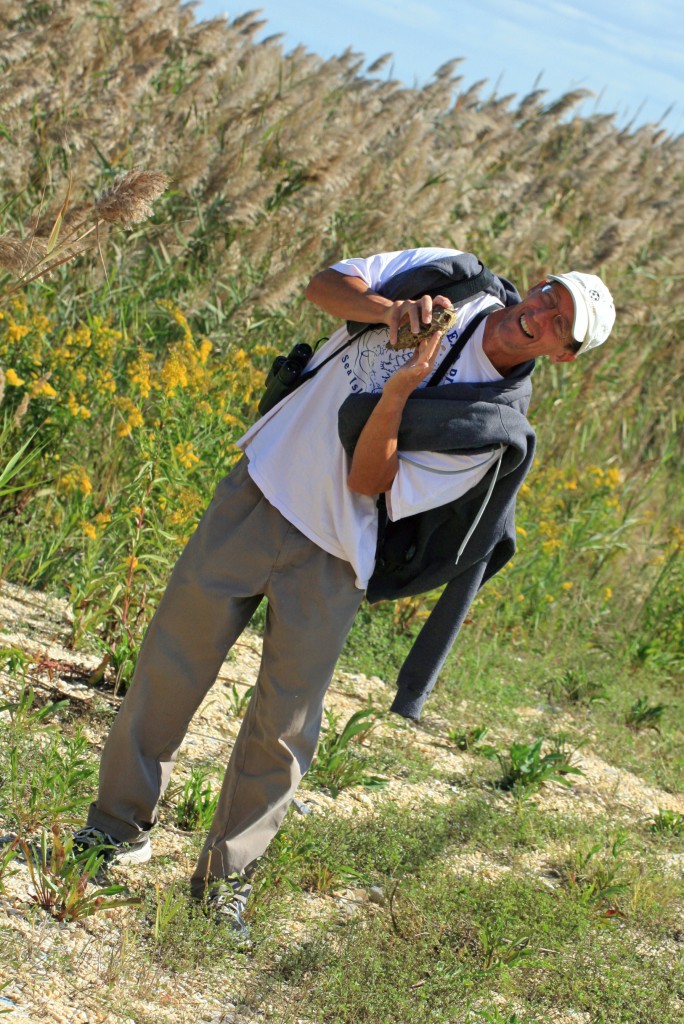 Our trip leader rescuing a baby diamondback terrapin trapped in a fish carcass he found along the road. 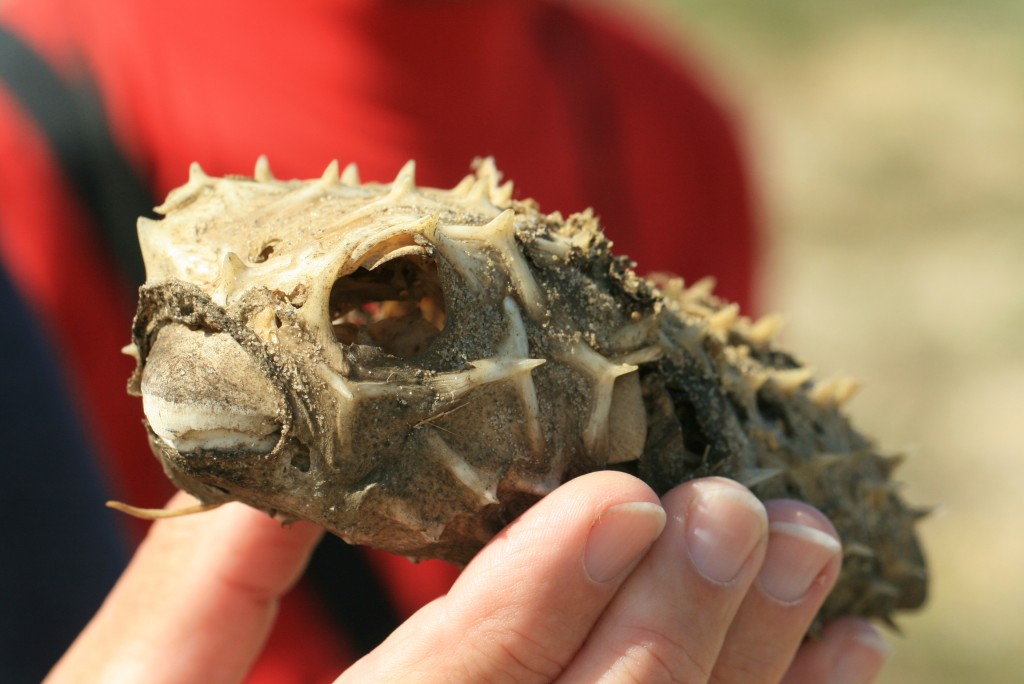 Clay Sutton kindly responded to our photographs of the fish:

Cool find! You never know what will turn up on a lep trip!

Your fish is one of the group known as Spiny Puffers (Family: Diodontidae), but is hard to say which one. It is possibly a Balloonfish, Porcupinefish, or one of the Burrfish, but it looks too decomposed to tell, unless one could key it out somehow. (I’m sure keys exist somewhere).

These are generally southern species, but do make it this far north in the warm waters of summer.

They are related to our “Blowfish” or Northern Puffer. 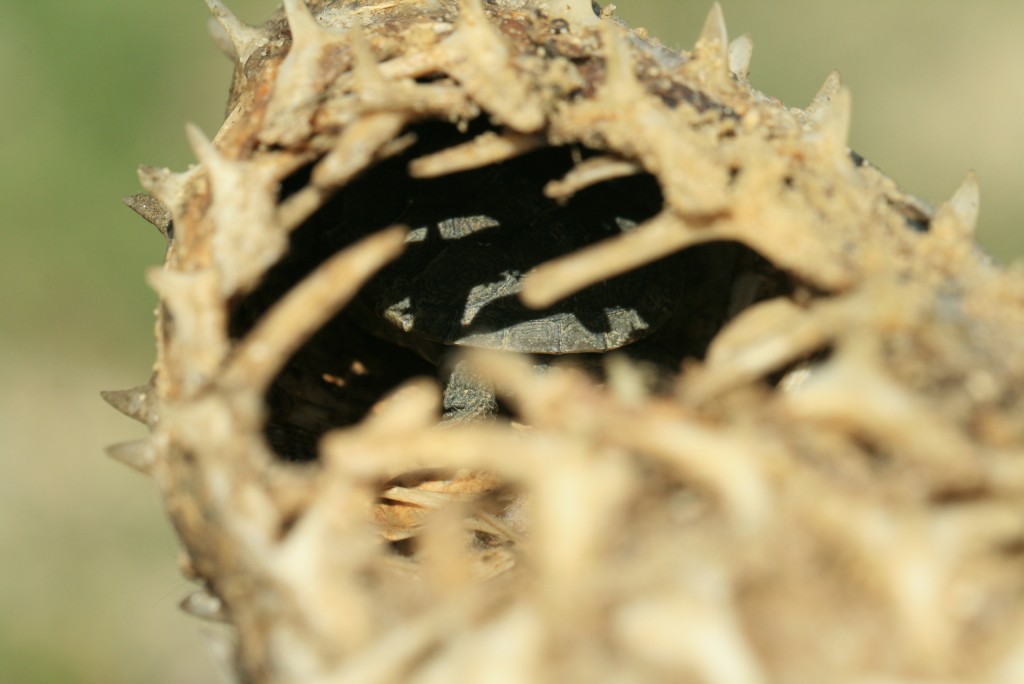 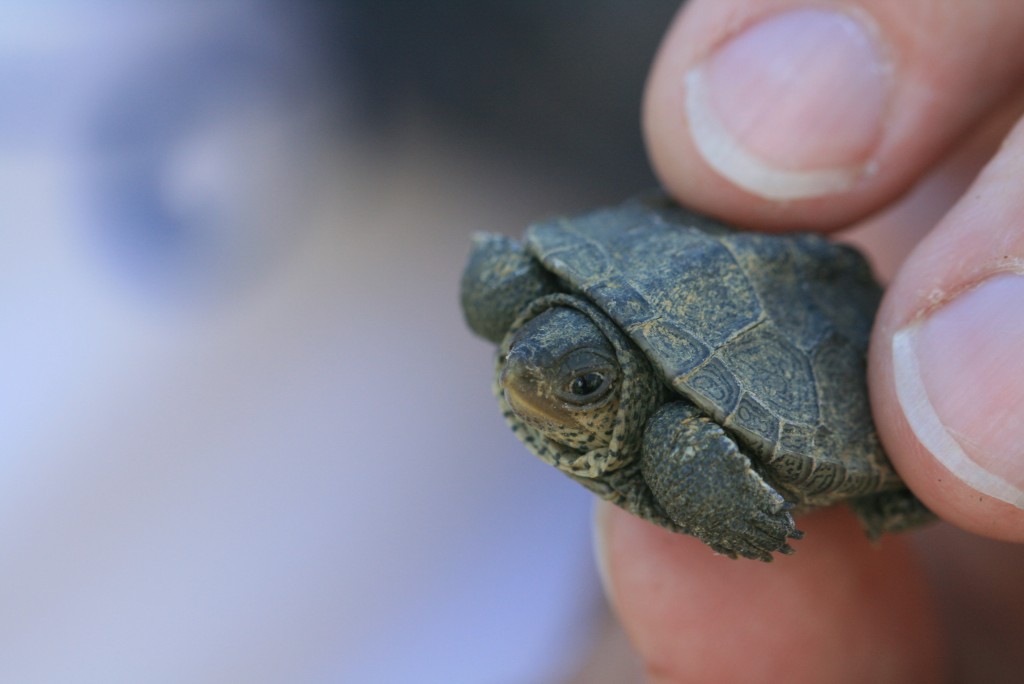 The terrapin rescued from its trap — and soon released in the Bay to swim (probably for the first time in its life).

Eventually, we moved on to three other spots, a little way inland.  The numbers for both monarch and buckeye dropped to single digits or zero at all three other stops — and our first stop away from the bay was just a few hundred yards inland. Obviously, the Bay Avenue goldenrod was a gathering point for migrants pausing on their south-bound flights.

We had other nice finds:  several botanical discoveries; an American kestrel on a telephone line; and two southern butterflies at the same stop in Port Norris: 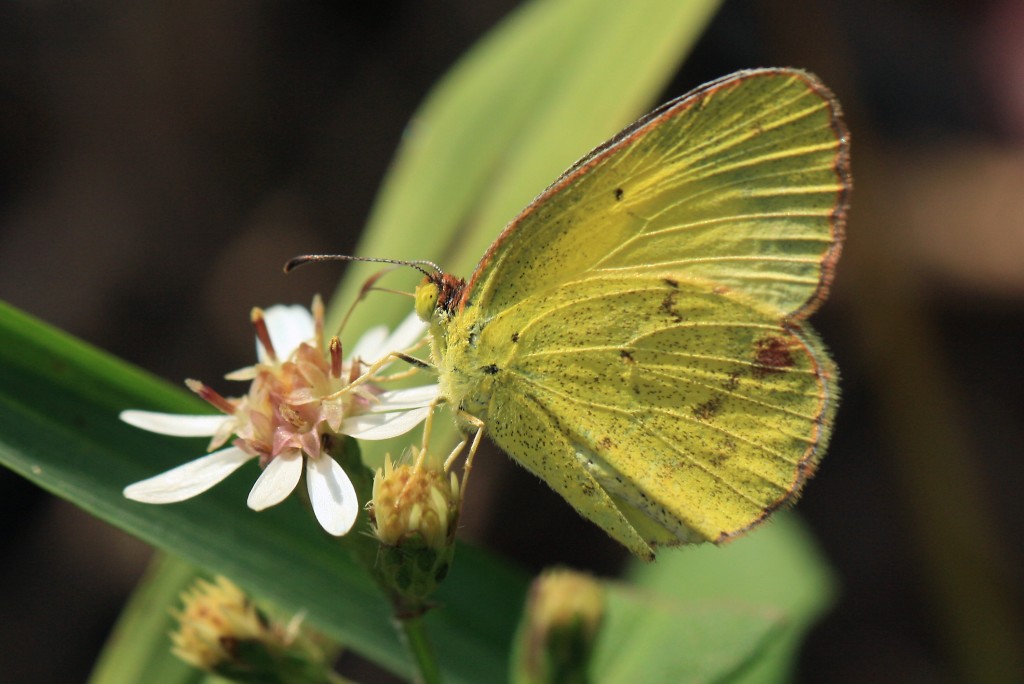 A little yellow at our stop in Port Norris was a highlight on the day — giving us our first report of this “wrong-way” southern migrant north of Cape May County in 2015. 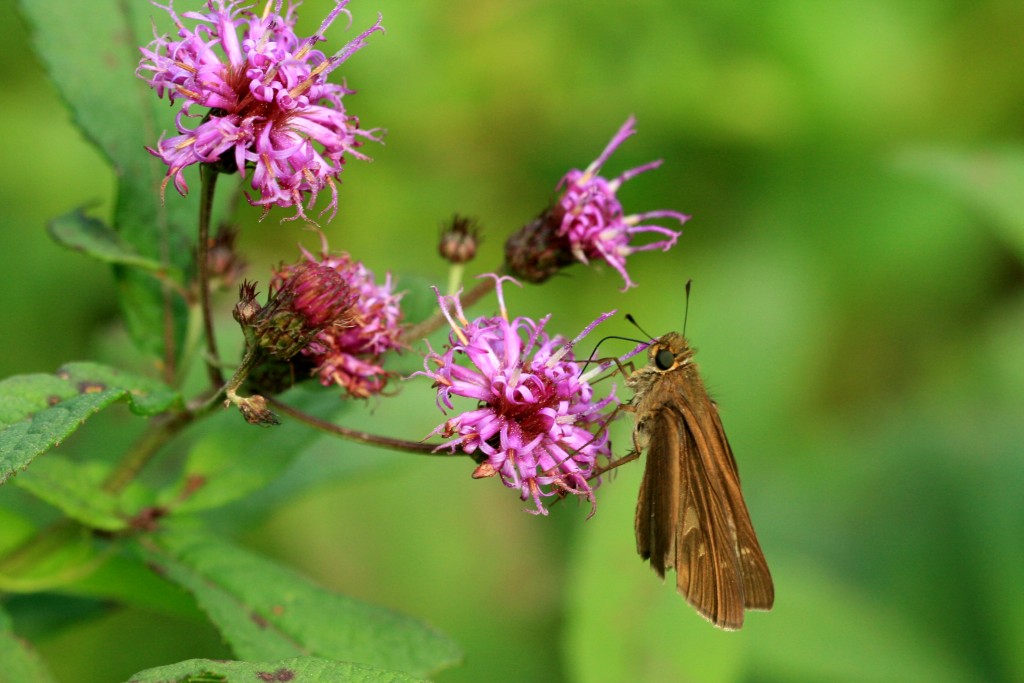 An Ocola skipper nectaring on New York ironweed in the same ditch that attracted the little yellow. It’s been a good year for Ocola. We have had nearly 30 SJBF log reports — and one out-of-area report from Teresa Knipper in her yard in Princeton (Mercer County) on 10/7/15. You can see all reports here: Ocola records on log (as of 10-8-15)

Thanks to Jack Miller for his leadership and to other participants for their interest, expertise, and sharp eyes: Jesse Connor, Jean Gutsmuth, Mike Hannisian, and Chip Krilowicz.

If any other observers can make it out to the Bayshore at Bay Avenue or elsewhere over the next week or two, please log on to let us know what you find: