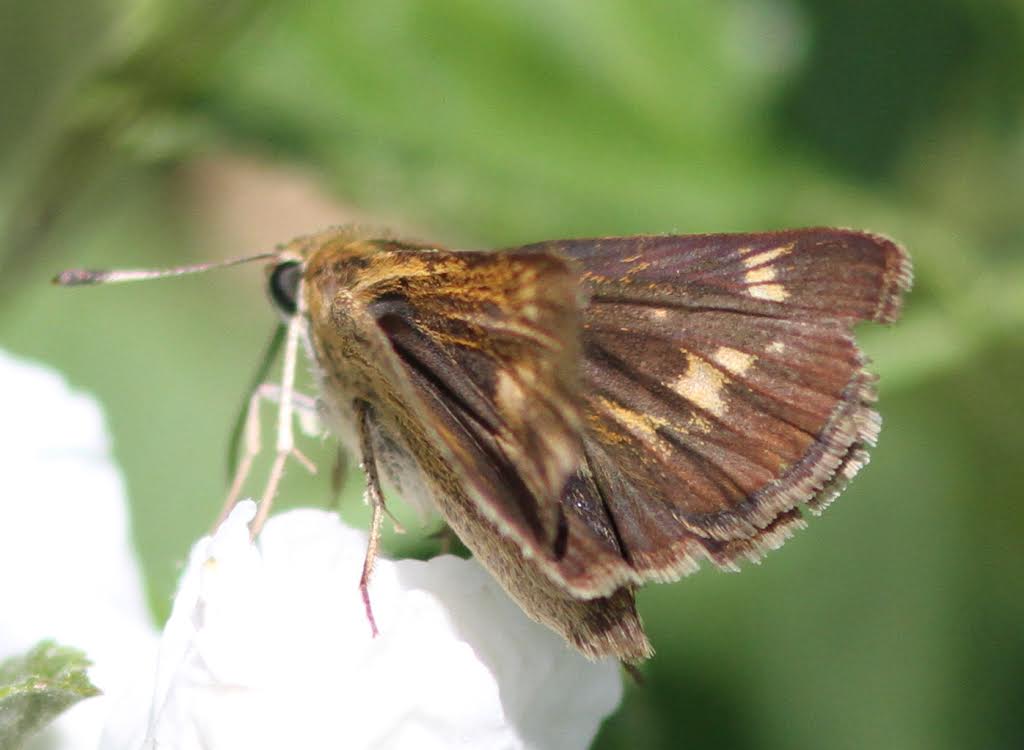 A puzzling skipper photo’d by Harvey Tomlinson at Hunters’ Mill Bog on June 15, 2014.

Steve Glynn and Harvey Tomlinson photo’d a skipper (or a couple of skippers) in Hunter’s Mill Bog on June 15 that left them puzzled.

Anyone out there willing to try to ID the butterflies above and below? Warning: these are not the same individual and they may not even be the same species.

Steve is going back to try for another photo. If he succeeds, you will find an update here.

In the meantime, you are invited to click “Leave a Comment” to note your thoughts on the ID.

Update (6-20-14): See the newly-posted Comments. Jim Springer has identified Harvey’s butterfly as a little glassywing. Steve & Harvey have noted that, although Steve’s photo below did come from the bog, Harvey’s was taken at the Hesstown powerline (an upland site). 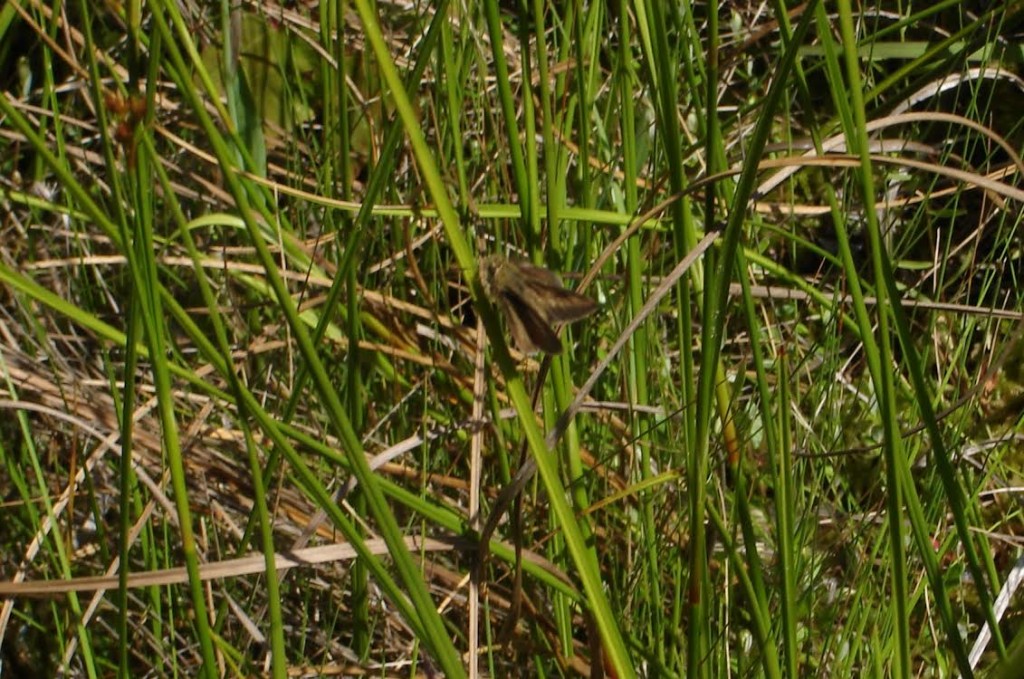 Steve Glynn got a more distant shot of this mystery skipper (same time/site as above). What is it?

This entry was posted in ID Challenges & Tips, Skippers. Bookmark the permalink.