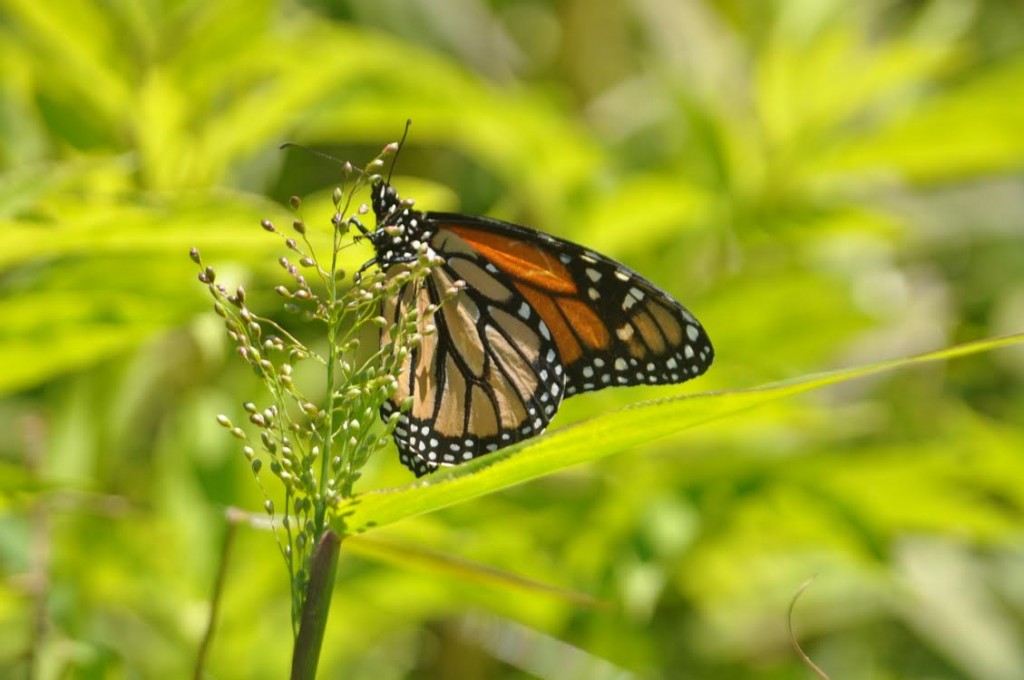 Freshly-emerged monarch, photo’d by Will Kerling, Cape May Point, June 6, 2014.

We now have newly-emerged adult monarchs flying in South Jersey — apparently the first “Jersey-raised” monarchs of 2014.

Ordinarily, our log collects only a handful of records of monarchs from mid-April to early May, and that was the case this year: we had no April records and just two in early May — single individuals seen by Jack Miller and Cynthia Allen in Woodbine and Cape May Courthouse respectively on May 5 & 6. These butterflies are presumed to be the first offspring of the population that migrated south out of the U.S. last fall and overwintered in Mexico. Females from that over-wintering population fly north in March and lay their eggs in the southern states. The caterpillars that emerge then feed on milkweed there, pupate, and at least some of them fly north to New Jersey. They seem to be the individuals we see between the middle of April and early May. They often (always?) look worn.

As we usually do, we had a gap of a few weeks before we saw our next set of monarchs, the first of the June/July brood. This year our third record did not come until May 31 when Dave Amadio spotted an adult in Chestnut Neck Branch in Gloucester County. In the week since we have collected five more records of monarchs, totaling eight individuals and, if the season develops normally, we should see many more shortly.

As the season develops it becomes harder to separate the generations, but it seems that South Jersey hosts three to four monarch generations/year, as follows:

Generation 1: the adult migrants presumably coming from southern states that reach us in April/May;

Generation 2: the June/July brood, the first “Jersey-raised” monarchs of the year (supplemented, perhaps, by later-arriving migrants of Generation 1 coming from the South);

We also host — at least temporarily — Gen 3 or Gen 4[?] individuals that reach NJ’s Coastal Plain from North Jersey, New York, New England, and elsewhere to the north of us, that roost here and nectar on our seaside goldenrod and other late-blooming plants as they head south toward Mexico.

As everyone will remember, last year was a bad one for monarchs throughout NJ and across the country and the story of the over-wintering habitat in Mexico has been grim for a number of years. Here’s a link to Pat Sutton’s report that she posted on her website last September:

Where Are The Monarchs by Pat Sutton, September 2013

For specifics about the flight across the country in 2014, go to Journey North’s website for week-by-week updates of this year’s developments (and excellent links on the site to lots of other info).

One promising sign locally here in SJ is this year’s crop of common milkweed. Can anyone remember when the plant was looking better or more numerous than it is this year? It seems to be jumping out of the ground everywhere in uncountable numbers, looking green and rich. Monarch caterpillars should have no trouble finding lots to eat in 2014. 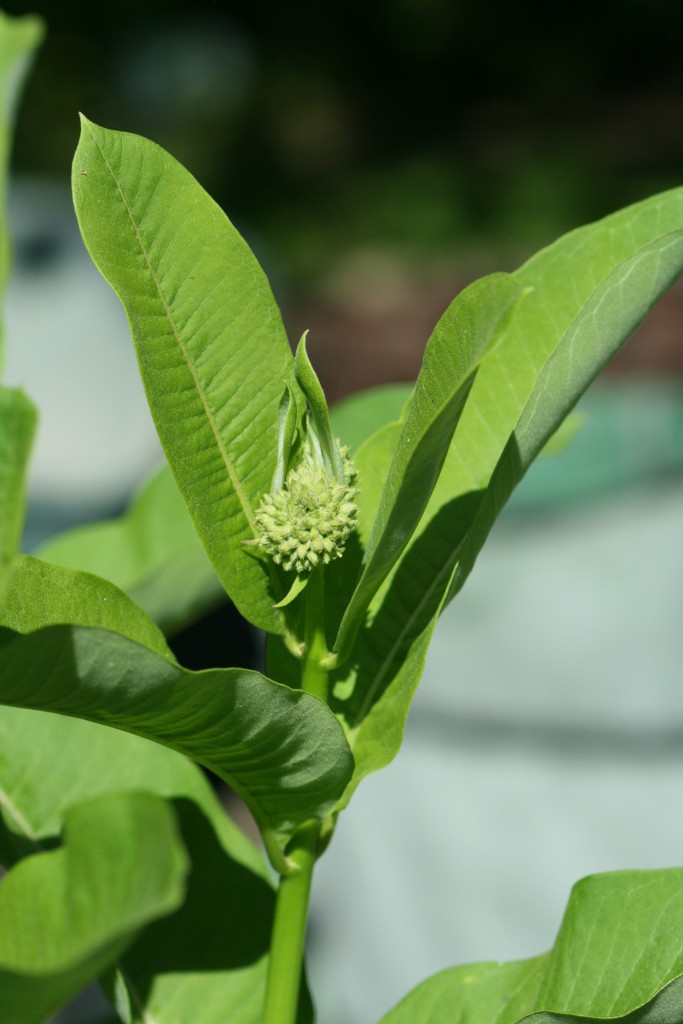 Common milkweed seems to be looking particularly abundant this year.

This entry was posted in Eggs, Cats, Chrysalids, Looking At Our Data, Migration, Milkweed Butterflies. Bookmark the permalink.