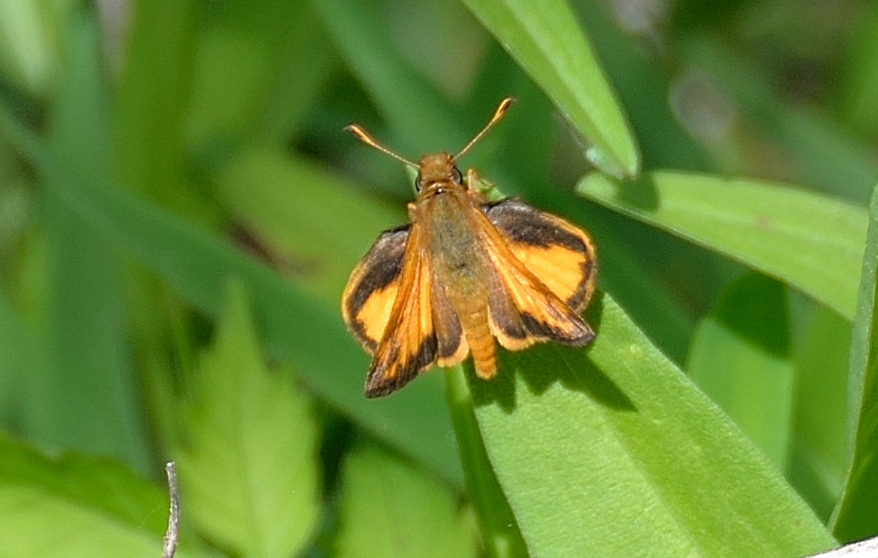 Male zabulon skipper at Cape May Point State Park, photo’d by Gibson Reynolds on May 26.

Thanks to each of the 37 observers who contributed to our log in May….

We found 55 species in May and reached a total of 56 for the year. (If you can name the one species reported earlier in 2014 but not seen in May, you are paying very close attention to our log! Answer below.*)

Will Kerling added Aaron’s skipper to our year’s total yesterday, June 2, so we have now reached 57 for the year.

Some of the other late May/early June butterflies not yet recorded in 2014 that we might expect over the next two or three weeks include Appalachian brown, common wood-nymph, little glassywing, swarthy skipper, Delaware skipper, salt-marsh skipper, and the five Satyrium hairstreaks: coral, Edward’s, banded, striped, and northern oak.

Two rarer species seen by May 31 in past years that we can at least hope to see (fingers crossed?) in the next couple of weeks are little yellow (seen in May, 2012) and harvester (seen in May, 2013).

Here’s the spreadsheet in pdf format. Green = new for 2014; orange = first report of the month. Hit the + sign for easier viewing. Let me know if you see any discrepancies.

*Q: And what is that single species seen earlier this year but not in May?
A: Variegated fritillary. Jack Miller and Rich Cech found one individual at McNamara WMA on April 26 and we are still awaiting our second report of that butterfly.

Keep at it, everyone!
jc 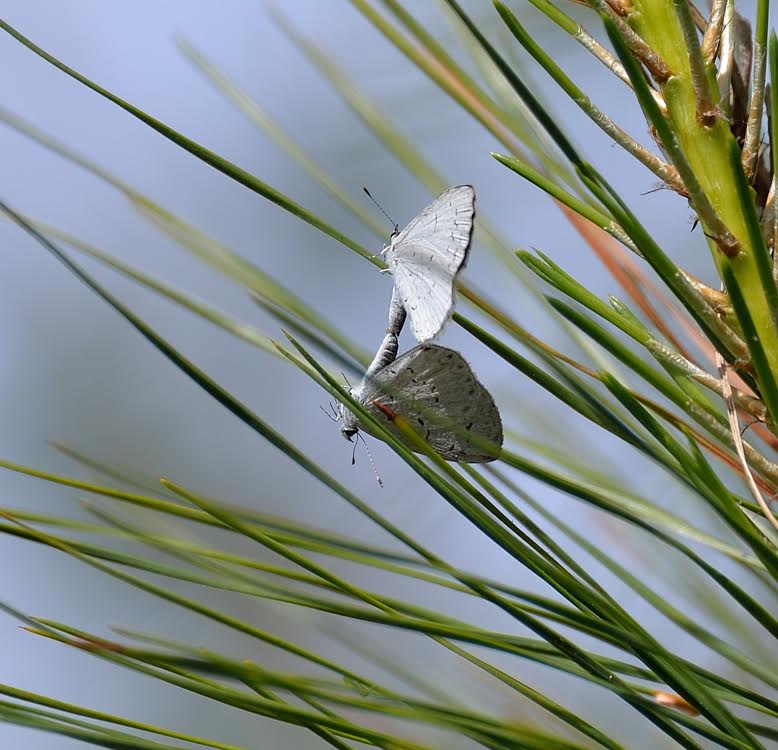 Mating azures at Cape May Point on May 26, photo’d by Gibson Reynolds.