Little yellow, photo’d up close and personal by Will Kerling at Cape May Courthouse, 8-11-12.

The last ten days or so have provided such a whirlwind of butterfly events that it’s hard to keep track of them all, including:

*** Our 2nd giant swallowtail of the year (found and photo’d by Jack Miller);

*** More sightings and shots of harvester (in three locales, two different counties) than I can do justice to here;

*** Little yellows making it into their fifth county this year (leaving just three more needed for a regional sweep);

*** A delightful comeback for cloudless sulphurs, after 2011’s virtual “no show”;

Some photos below to help us remember these good days. 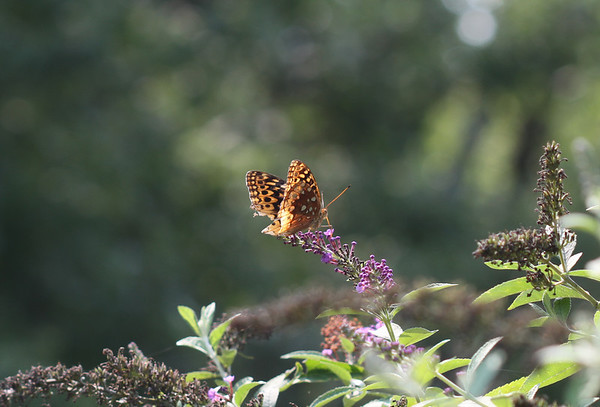 Giant swallowtail, photo’d by Jack Miller in his yard in Petersburg, Cape May Co, 8-21-12. 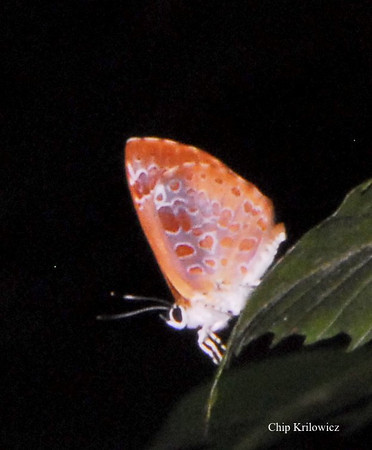 Harvester at Hopkins Pond, Camden County, our third site for the species this year, found and photo’d by Chip Krilowicz, 8-20-12. 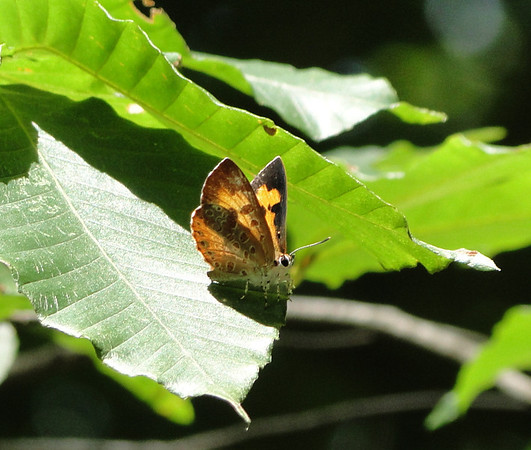 Harvester at Chestnut Branch Park, where wooly aphids are thick and we have records now of egg-laying, caterpillars, chrysalids, and multiple adults, this one photo’d by Sandra Keller on 8-21-12.

Little yellow in Port Republic, Atlantic County, on 8-21-12, gives us five counties — also Cape May, Cumberland, Salem, and Camden — where we have recorded the species this year… so far!

And here comes the next generation. This cloudless sulphur caterpillar, photo’d by Pat Sutton in her garden on 8-17-12, demonstrates the comeback of the species in our area this year.

As always, see our log for the details of these — and other reports.

We have another ten days to go in August, and ….

a certain hard-working observer who shall remain anonymous (unless Will wants to admit it was him) urges all of us to keep our eyes out for dainty sulphur, seen in North Jersey and west of us also. Wouldn’t that make a great last sighting for this delightful month?

Keep exploring and shooting, everyone!