Another Good Reason To Do What We Do 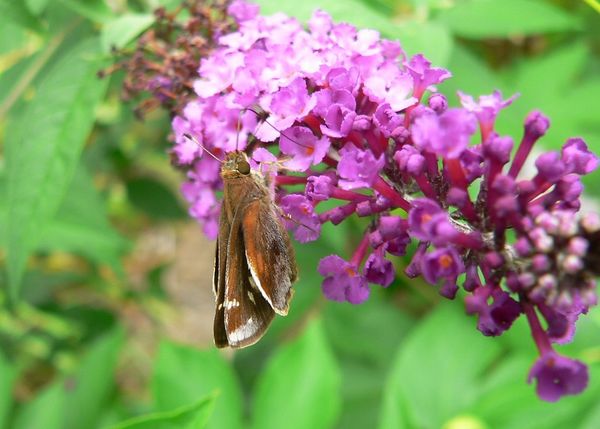 Zabulon skipper, one of twelve southern species that have expanded into Massachusetts over the past two decades, apparently in response to climate change.

Chasing butterflies is fun, as everyone in our group knows. And it’s a challenge as well — testing mind, body, and spirit — again as everyone here knows.

Let’s remember also, however, that those chases can lead to something more important than personal thrills and satisfaction. Our log is only five years old, but the data collection we have created is already valuable — and the more data we gather and the longer we keep compiling, the more valuable our log will become.

Both Michael Gochfeld and Cynthia Allen passed along the news article linked below, a synopsis of a recent publication from Harvard Forest investigating the data gathered by the Massachusetts Butterfly Club over twenty+ years. The observations they have recorded so diligently over those years documents that a number of northern species (e.g. Atlantic fritillary and Acadian hairstreak) are declining while a number of southern species (e.g. zabulon skipper) are expanding, apparently in response to climate change.

Here’s the passage that seems most relevant to our logging:

Elizabeth Crone, a Harvard Forest senior ecologist who worked on the report, said while she was not surprised by the results of the study, she didn’t expect data collected by a group of citizen scientists to have such clear-cut results.

Crone said she decided to lead the study based both on professional and personal curiosity. The ecologist, who moved to Massachusetts in December 2010, said she ran across the Massachusetts Butterfly Club’s data while trying to learn more about the state’s butterfly community.

She said long-term monitoring data, like that the club kept on butterfly populations in the state, is not common in the scientific community because of budget and time constraints.

“There’s been a lot of awareness about climate change effects qualitatively, but not quantitatively,” Crone said. “It’s amazing what this group of citizen scientists had done.”

So, all you citizen scientists out there, chasing down those butterflies and participating in our logging and blogging, let’s keep at it here in our state as well!

You can read the Associated Press article synopsis at this link:

A slightly, more detailed synopsis from the Harvard Forest website is at this link:

For the full report from Harvard Forest by G.A. Breed, S. Stichter, and E.Crone published in the journal, Nature Climate Change, go here:

This entry was posted in Looking At Our Data, Out-of-Area Reports. Bookmark the permalink.