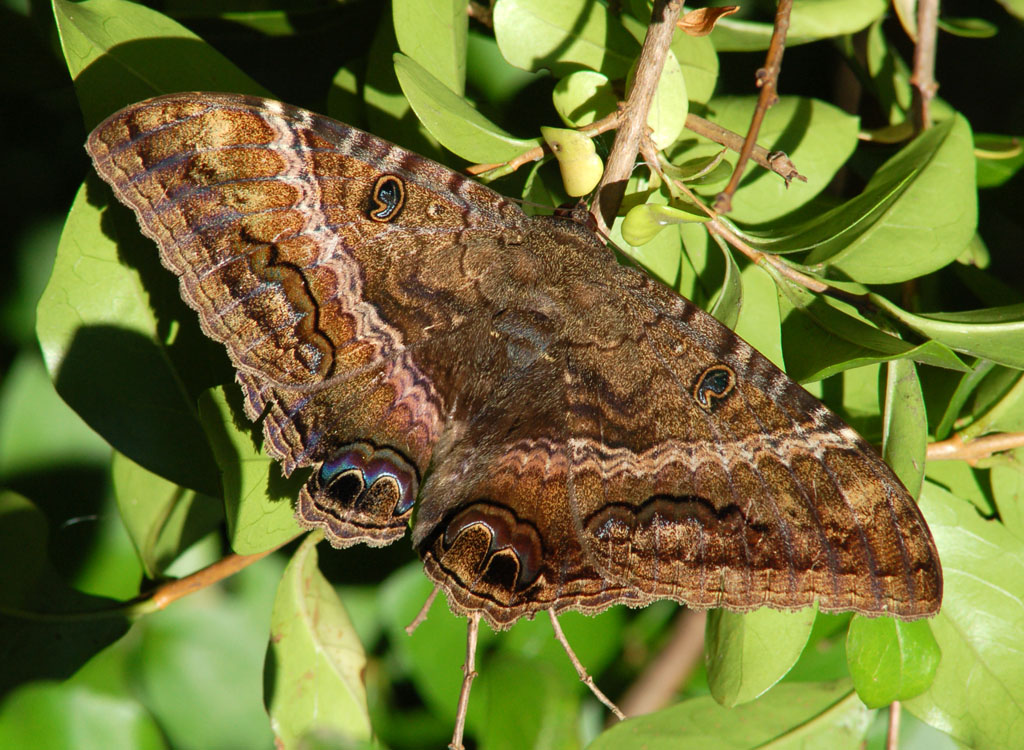 A rare wanderer drew the attention of observers’ eyes yesterday at Cape May Point, but it wasn’t a migratory hawk, shorebird, or warbler….

As reported by the Cape May Bird Observatory’s Mike Crewe (see Blogroll): “A black witch (Ascalapha odorata) at Cape May Point State Park this afternoon. This species is a large tropical moth with a wingspan of up to six inches (that’s longer than a palm warbler!) and is the largest owlet moth in North America. Despite its tropical distribution, it is prone to vagrancy and has been recorded from all 50 US states and Canada. It is overall most rare in the north-east however, and this is probably the first Cape May record for a number of years. The narrow, pale pink band on this individual indicates that it is a female.”

Clay Sutton called it the “Bird Of The Day.” 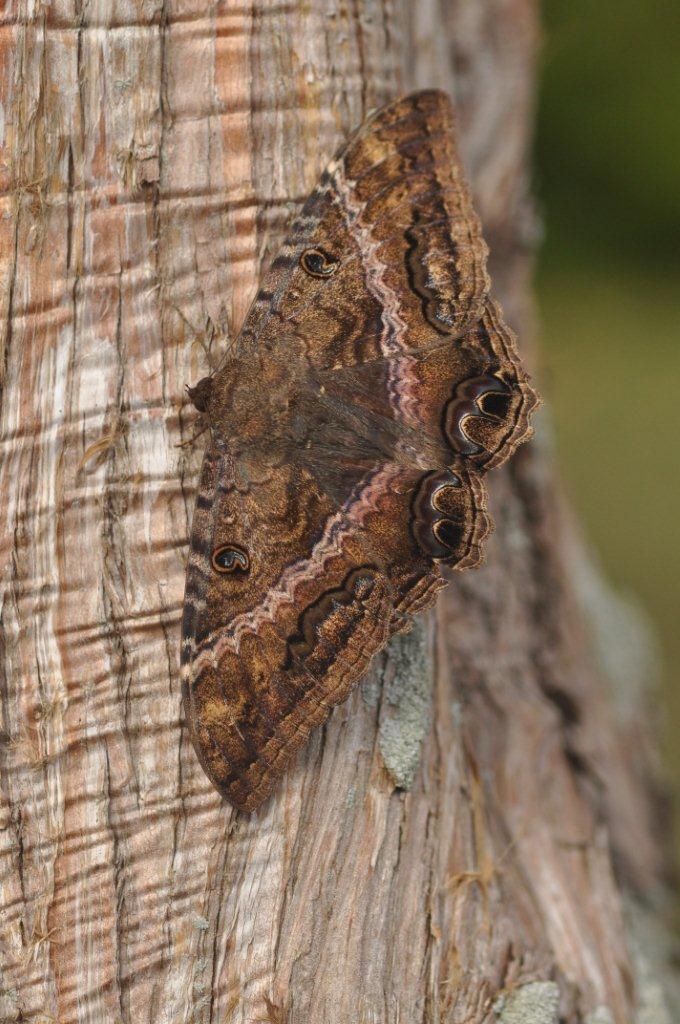 I haven’t heard specifics of the find yet, but will post any that come this way. In the meantime, here are some links with info on the species:

Thanks to all who passed along the photos.

I’ve recently learned from Pat Sutton how the moth was first found and identified.

Pam Higginbotham, Katherine Peterson, and Clay Sutton were walking the State Park perimeter that morning searching for birds, when Pam spotted a big lep fly up behind them and pointed it out, “What is this large moth or butterfly?”

Clay, familiar with the species from numerous visits to the tropics (Mexico, Belize, Costa Rica, Venezuela, and elsewhere), identified it. In fact, he and Pat had seen the species once before in Cape May, sixteen years earlier: October 11, 1995, in a private garden.

The trio of discoverers soon were drawing others to the scene by cell phone. And the moth was photo’d by many observers.

Here’s one photo by Pam Higginbotham: 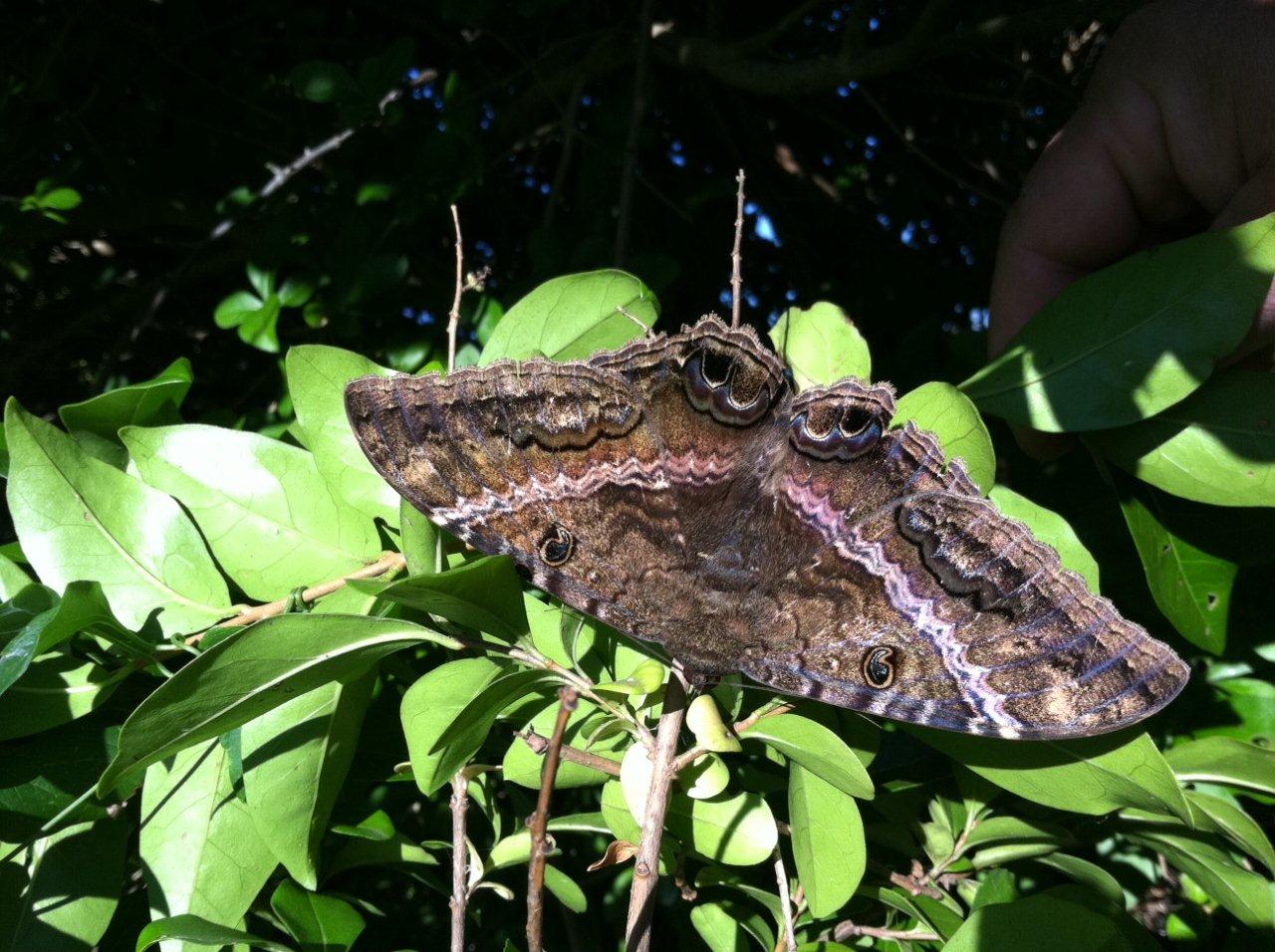 This entry was posted in Migration, Moths. Bookmark the permalink.