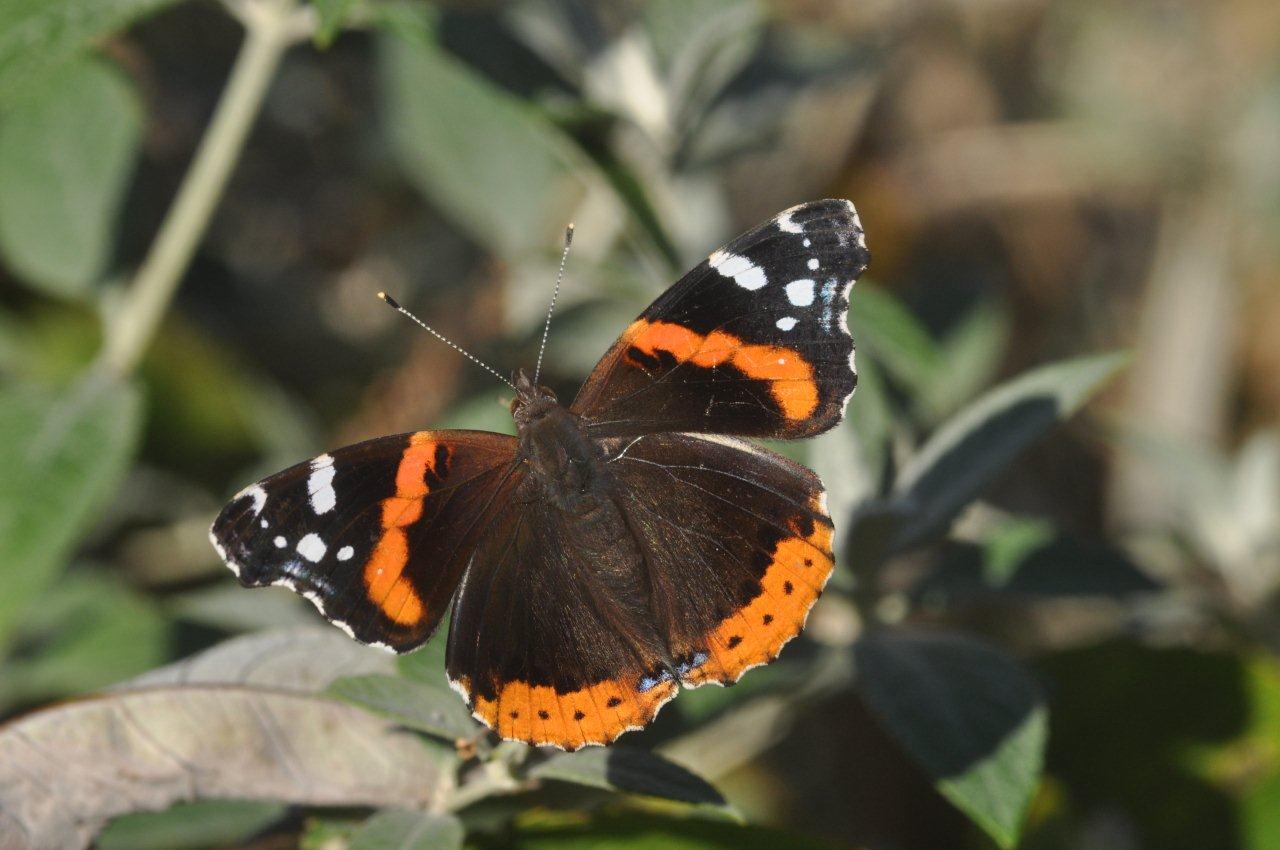 Vanessa atalanta is among our most reliable November flyers. Photo by Will Kerling, 11-02-11 in Cape May

As November begins I thought it would be interesting to look back over our data for the past three years to list which species we can expect — or at least hope to find — in our last full month of butterflying in 2011.

We have found adults of twelve species in the first few days of the month (up to Nov 4): cabbage white, orange sulfur, clouded sulfur, question mark, eastern comma, mourning cloak, American lady, red admiral, common buckeye, monarch, fiery skipper, and sachem. All of these but clouded sulfur seem expected species, based on our three years of observation.

We have recorded twenty-seven species (in adult stage) during past Novembers:

We need another half dozen species to top our low count in November 2008, and it might be tough. Cloudless sulfur and painted lady have been virtually absent all year, and variegated frit has been scarce this fall (fide Will K.), so we will need to find black swallowtail and at least five unexpected species.

Keep looking, everyone! December will be closing off our chasing time soon enough!