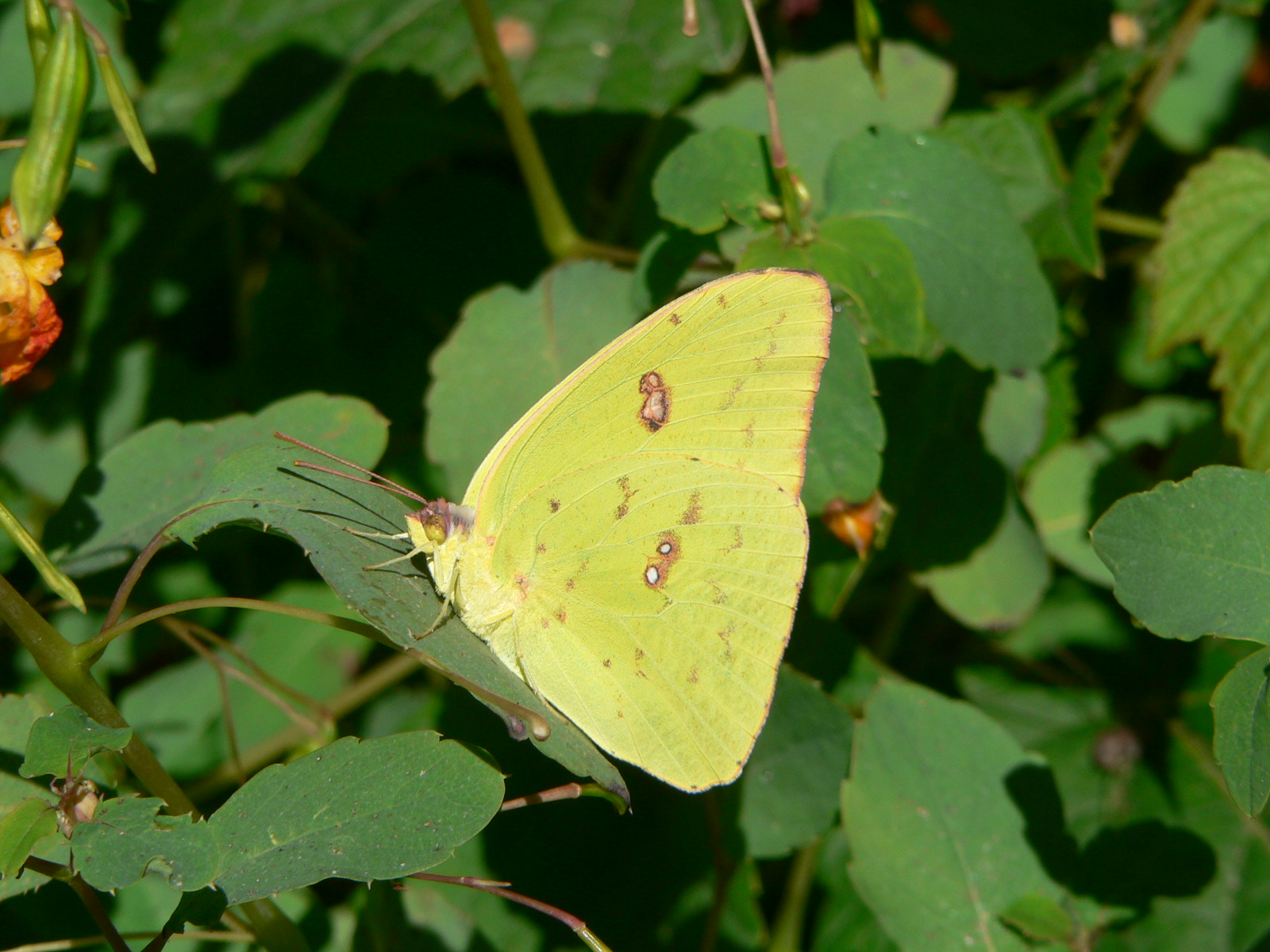 An old photo of cloudless sulfur at Cape May Point — has anyone photo’d one this year yet?

July 2011 was the second hottest month ever in New Jersey (since records began in 1895), with an overall average of 78.8. That was just 2/10ths of a degree lower than July 1955, the state’s hottest single month ever recorded. See the link below for the report from State Climatologist, Dr. David A. Robinson. He notes, among other things, that last July (2010) was the second hottest month ever, until surpassed this year, and that six of the ten warmest .Julys since 1895 have occurred in the past eighteen years.

Heat made it tough on butterflyers, and we had some days when it seemed too hot for the butterflies themselves, especially during the peak heat of the day. Despite the conditions, however, our log contributors kept at it and recorded more than 2000 observations for the month and found 65 species: 40 “true” butterflies and 24 skippers. That’s our highest species count for one month in our four years of logging.

Three species were new for the our log’s year list for 2011:

— meadow fritillary on 7/2 and 7/5 at Mannington Marsh in Salem County;

Surprisingly, that mid-July sighting of Phoebis sennae remains our sole 2011 report of the species to this point. Where are those beautiful, big, and bounding butterflies we have come to expect in mid- to late summer?

Another species notable for its near complete absence is painted lady, seen only once last month — on 7/15 at Forsythe NWR, Atlantic Co. We have only three records of that species for the whole year so far, and Sharon Wander reports that it is also scarce this year in North Jersey.

At the other end of the spectrum,

— the most commonly reported swallowtail was spicebush swallowtail with 115 observations (of ~248 individuals);

— the most commonly reported Pierid was cabbage white with 262 observations (of ~1276 individuals);

— the most common Lycaenid was summer azure, 73 observations of ~173 individuals (with three others in a tight race for second — gray hairstreak, red-banded hairstreak, and eastern tailed-blue, each with about 50 reports);

— the most reported Nymphalid was common buckeye, 118 observations of ~664 individuals;

— among the grass skippers, broad-wing skipper was the most often seen and was frequently too numerous to count: we had 130 reports with ~1740 individuals.

What will August bring? Hopefully, more cloudless sulphurs and some others of our southern stragglers — and who knows what else? (We don’t know, of course, and that’s lots of the fun!)

On August 3, thanks to Glen Davis and Tony Leukering, we added one species new for the year (and actually a first for our all-time log list): hoary edge, our 86th species for 2011.