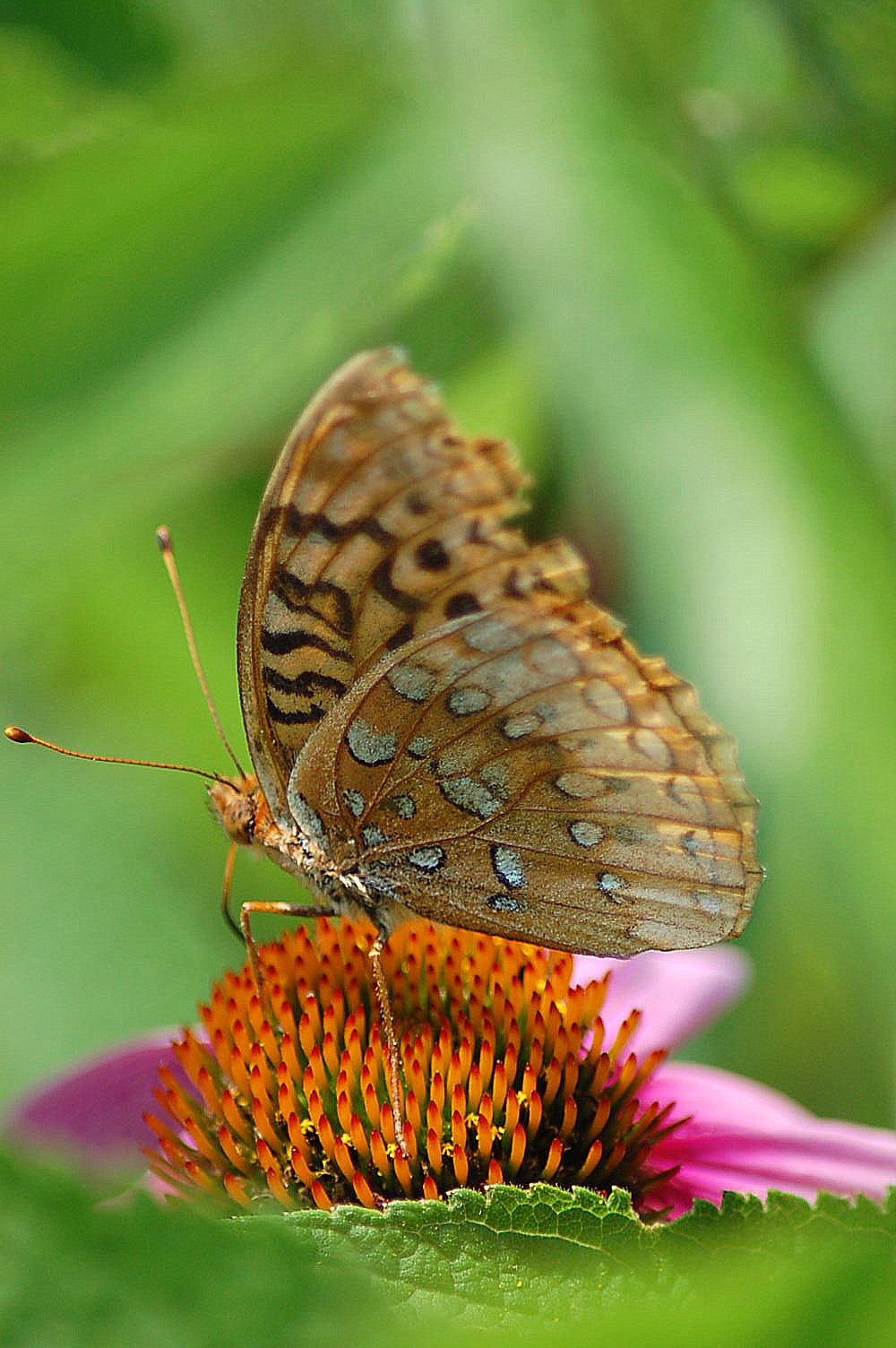 We picked up two different fritillary species in Salem County last week, and now thanks to Tom Reed’s find in his family’s yard on the Delaware Bayshore this morning, we can add a second county for touchdowns of the great spangled in South Jersey in 2011.

Where else can we spot this species this year?

Speyeria cybele seems a bit of a mystery here. We had no reports at all in 2008, the first year of our log; only four records in 2009 (one each from Salem, Cape May, Camden, and Ocean); and only six records last year (from Cape May, Cumberland, Gloucester, Salem, and Atlantic).

So, although we now have had at least one record from each county in our area except Burlington, all have been scattered in both space and time — with records from as early as June 11 (2010) to as late as September 19 (2009).

Could the individuals we find here possibly be wandering down from North Jersey? Tom wondered about that as he watched his butterfly fly in from the north and eventually wander off to the south, and his photos show a worn individual — and so does Dave’s photo (below) of one of the Salem individuals from the weekend. All of this is a long way from hard evidence, of course, but does anyone know of a breeding colony in our southern eight counties?

Gochfeld and Burger note it is “remarkably rare in southern New Jersey,” citing the views of both Jim Dowdell and Dale Schweitzer.

Since 1991 it has been recorded only 6 times (a total of 8 individuals) on the Cumberland NABA Count and only once on the Belleplain Count (1 individual, with another during count week).

It’s such a large, eye-catching, and leisurely-nectaring butterfly you might guess that we would find it more often and could track it down to some colonies, if it is breeding here.

Anyone out there with some words of wisdom on that question? 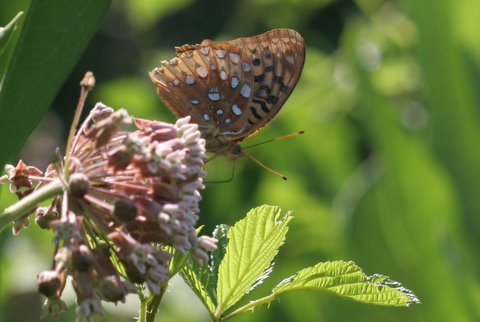 This entry was posted in Looking At Our Data, Nymphalids. Bookmark the permalink.