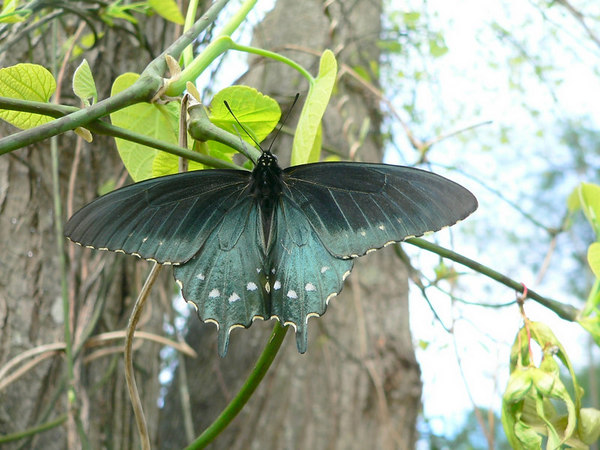 Why so many pipevine swallowtail caterpillars this year?

Pipevine swallowtails have long seemed a hard-to-find butterfly in southern New Jersey. One obvious reason: their host plants, the Aristolochia, are rare to non-existent in the wild here. (Our only native pipevine, A. serpentaria, Virginia snakeroot, may be even harder to find in southern New Jersey than the butterfly.) So, pipevine swallowtails apparently depend on garden-grown Aristolochia (and perhaps occasional escaped plants) to lay their eggs and to feed their caterpillars. 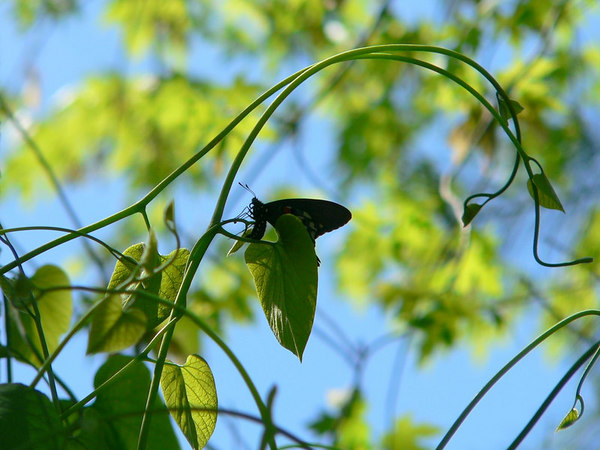 Can a butterfly succeed in a region where it must depend on gardeners to grow its host?

The jury is out on that question, it seems. 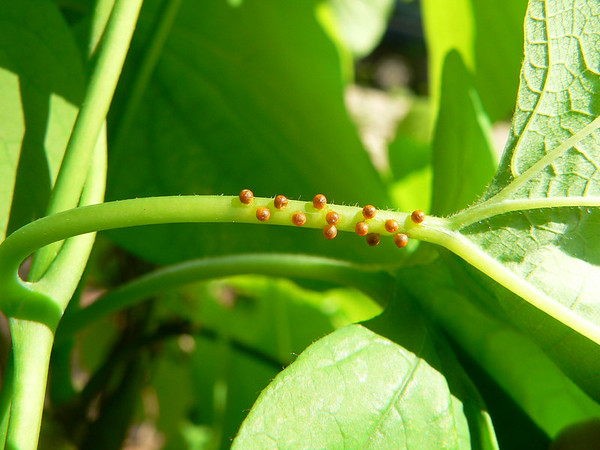 One garden we know of in Villas (Cape May County) sees pipevine adults most years and has had caterpillars regularly over the years. Other South Jersey gardens (that we know of) seem to have them much less often.

That’s what makes 2011 seem like an unusual year. At least six gardens within our South Jersey BF Log network are hosting pipevine swallowtail cats at the moment: two in Villas, one in Goshen (Cape May County), one in Hainesport (Burlington), and two in Port Republic (Atlantic). Undoubtedly, there are dozens of other gardens (100s?) outside our little network that have caterpillars this year.

Q: Why the boom?
A: Please let us hear any theory you have! 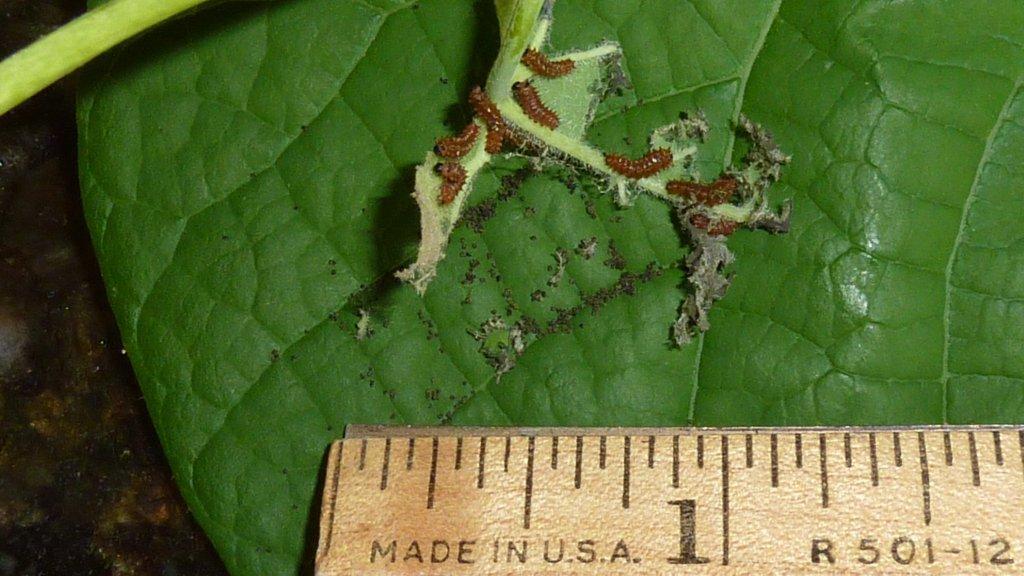 If you grow pipevines in your yard, go out for a look. You may be surprised to see some chewed leaves and even more surprised to turn over those leaves and find caterpillars munching happily beneath. (At least three of the gardeners above didn’t know they had caterpillars in their own gardens until their friends convinced them to go look.)

Both caterpillars and adults depend on the plants’ toxins for protection from predators and also (according to some studies) wasp parasitoids.

Google “pipevine swallowtail” or “Battus philenor“, and you will find much info about the complexity of mimicry.

An interesting twist you might not know but can find in the literature is that Battus swallowtails in the tropics (where the group originated) also might gain protection by mimicry. The velvety-look of fourth and fifth-instar caterpillars may have evolved in mimicry of the velvet worm of the tropics — a dangerous invertebrate predator. Would the creature below look like a velvet worm to a wasp or other potential parasitoid?

If you do have the plant and caterpillars in your garden, the next challenge will be spotting a chrysalis. If you find one, please add the data to our SJ BF log or leave a comment here. That will be an exciting find! 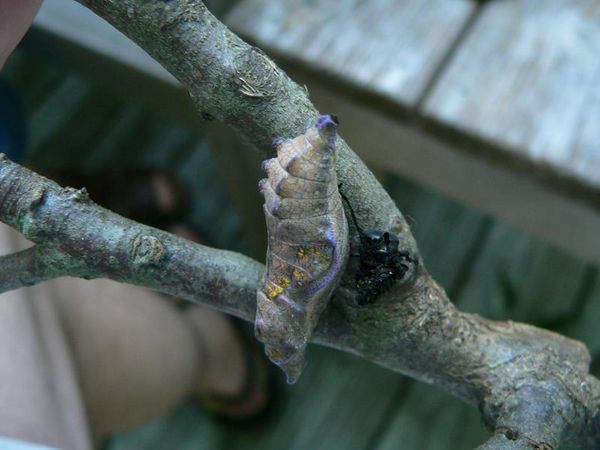 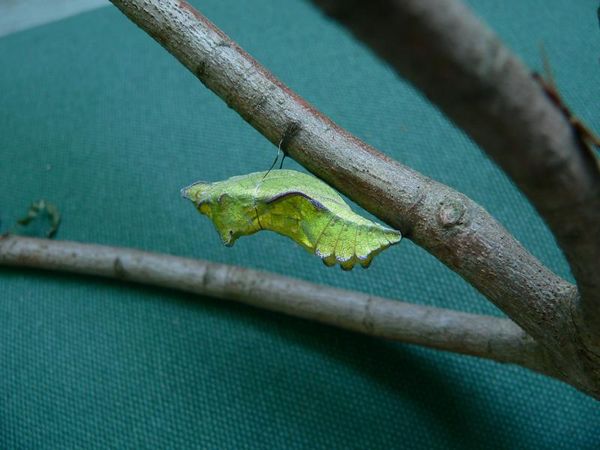 This entry was posted in Eggs, Cats, Chrysalids, Swallowtails. Bookmark the permalink.