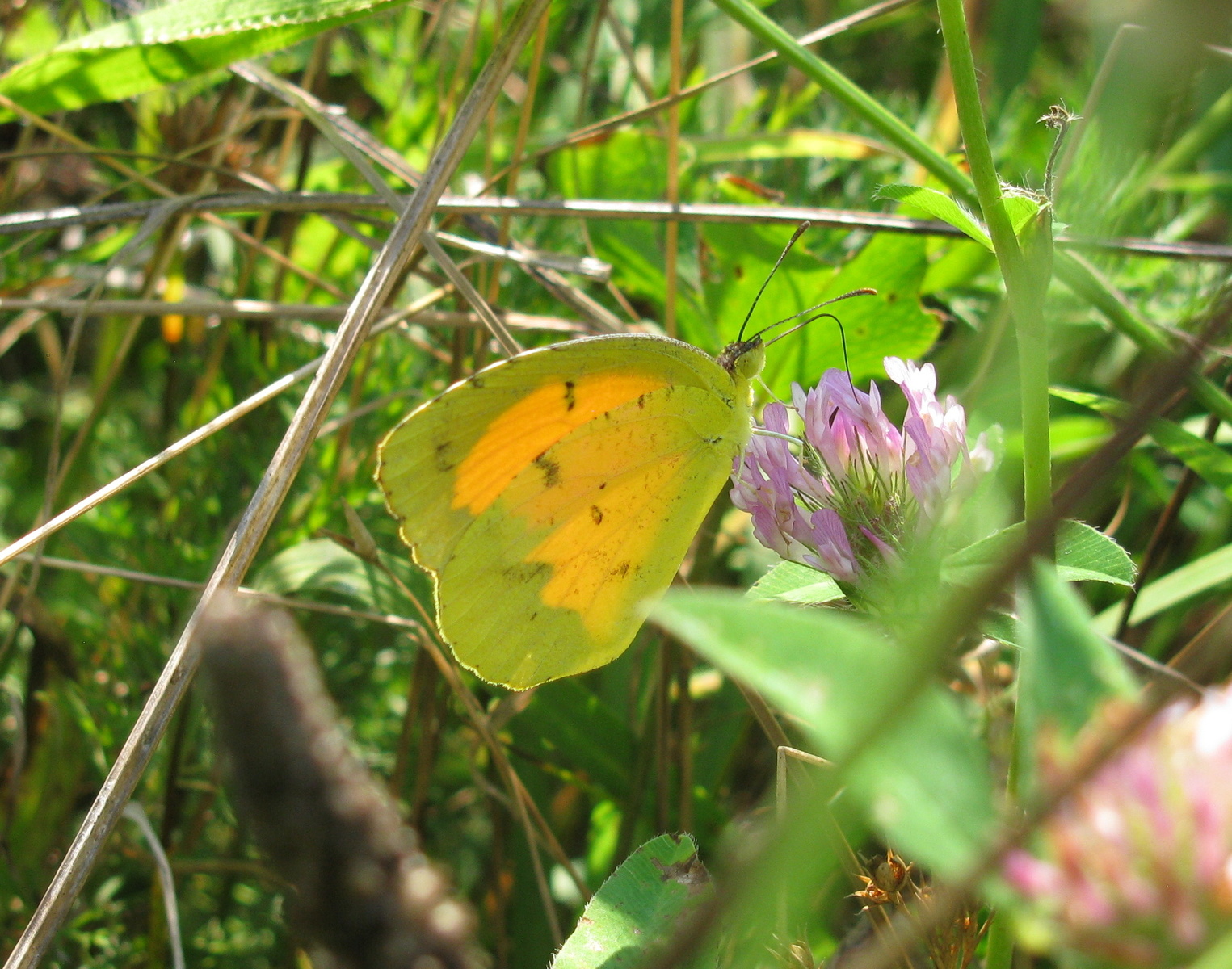 One of Steve Glynn’s first photos of sleepy orange at Dix WMA, taken on 8-20-16. Why was this male and his two female companions sticking around?

Steve Glynn has been carefully monitoring a colony of sleepy oranges at Dix WMA, Cumberland County, since August, 2016, when he found and re-found two females and one male flying there over several days — and began wondering why they didn’t wander away.

Sleepy oranges are generally considered only a vagrant species in New Jersey, straying northward every few years from the southern states, and soon disappearing to die off somewhere in our incompatible climate.

With persistence, determination, and sharp-eyed observation, Steve has documented the species has been breeding in the Dix colony for at least the last two years — and is apparently now over-wintering there, far to the north of its expected year-round limits in the Carolinas.