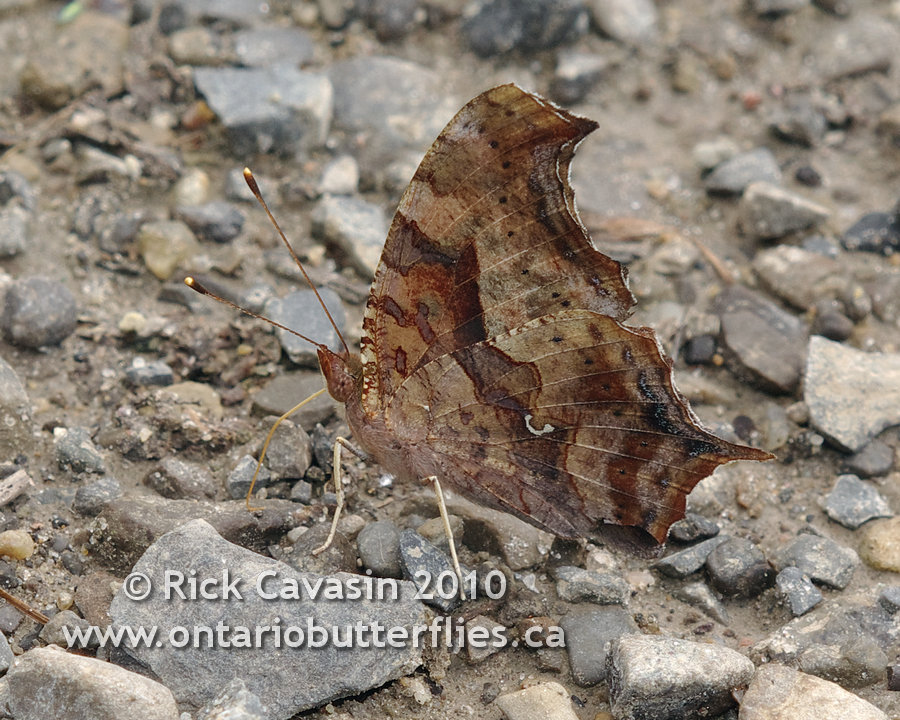 Rick Cavasin, Ontario butterflyer extraordinaire, has sent us a very interesting response to the March post, “Questionable Commas.” He has found and documented several different variations on the “punctuation marks” on Polygonia.

I [am sending along] a photo of a Question Mark with the joined mark on the underside [above].

Incomplete and malformed commas are often seen on females, and they often have very uniform colored ventral sides compared to the males. This causes confusion at times because some people focus on the shape of the comma [mark] for separating the different species, and ignore all other facets of the appearance. With Green and Eastern Commas, the comma marks on the females sometimes lack the barbs on the ends, leading people to mis-identify them as Gray Commas. 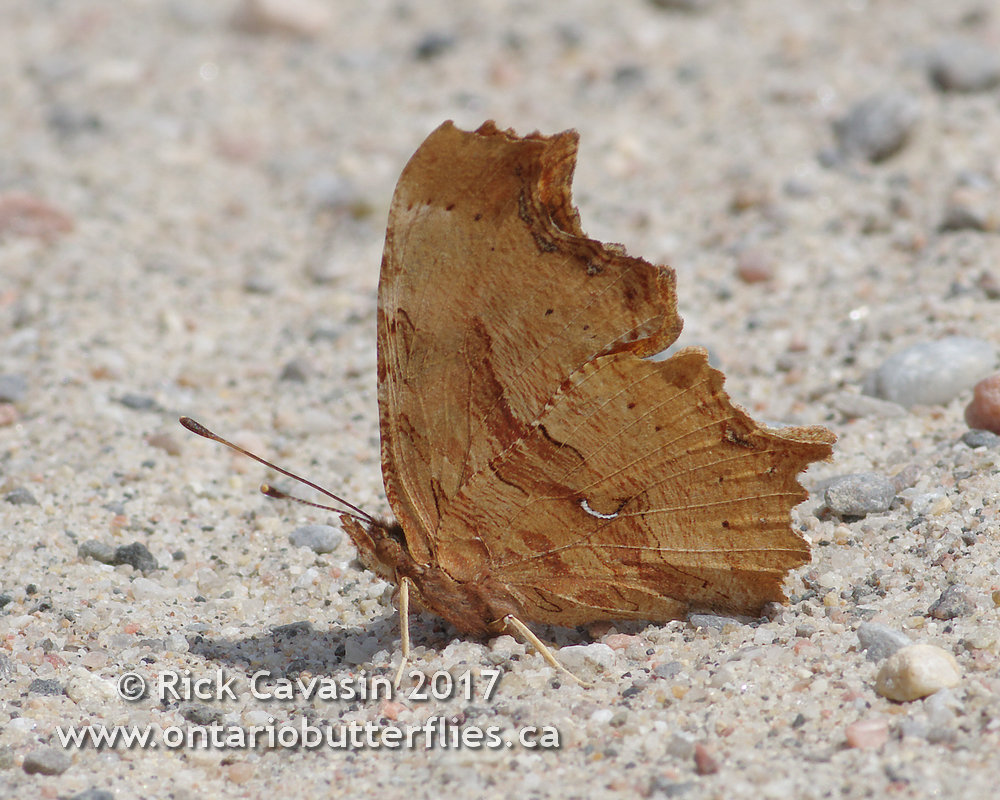 [The photo above is] a female Satyr comma I saw this spring. Note the missing end of the comma. [Below] is a closeup of the mark, where you can see the outline of the portion of the comma that is “missing.” 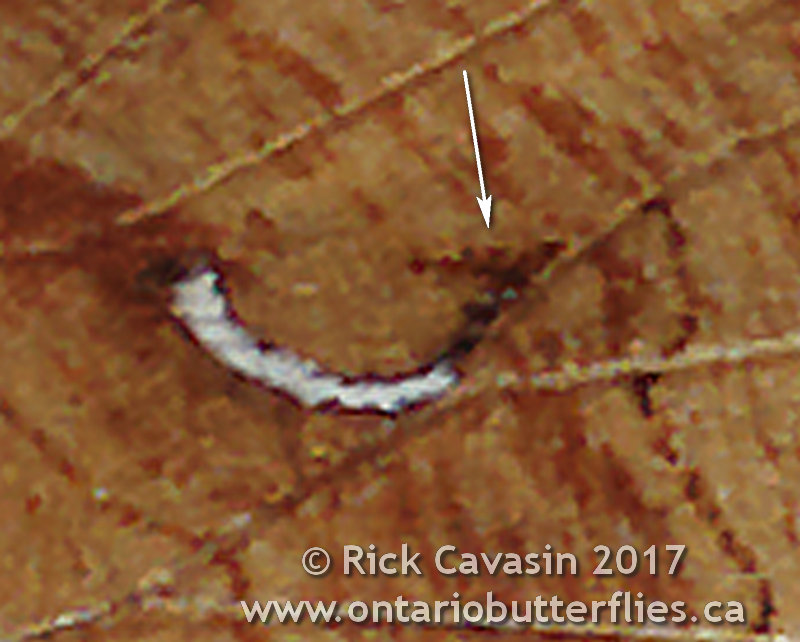 I’ve also attached dorsal/ventral photos of an Eastern Comma (dark form – female) that has a somewhat faint “dash” on the dorsal side. Note how the comma on the ventral side doesn’t have well formed barbs on the ends [below]: 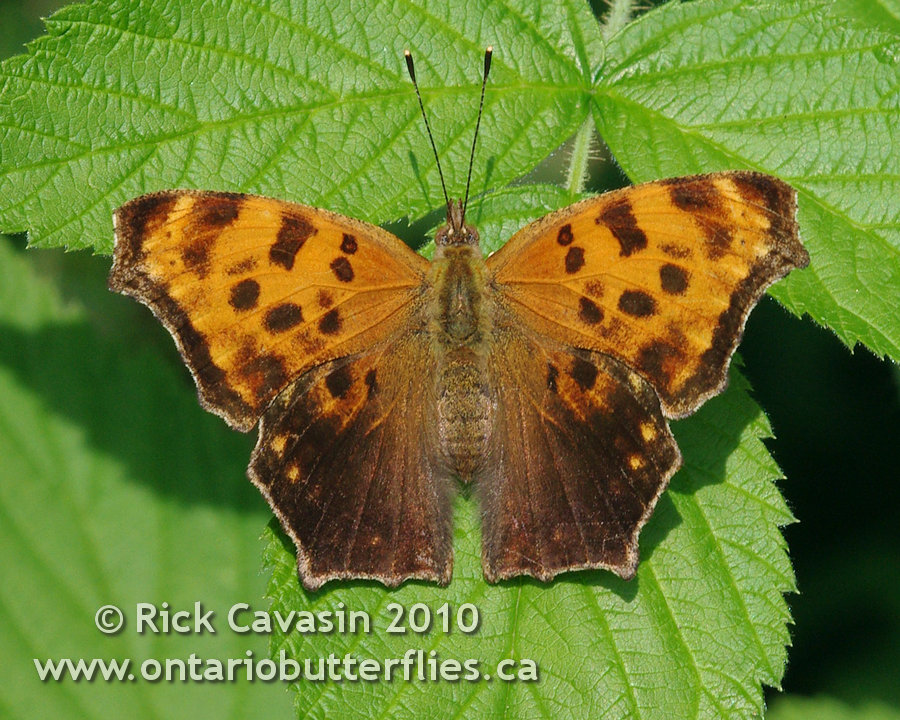 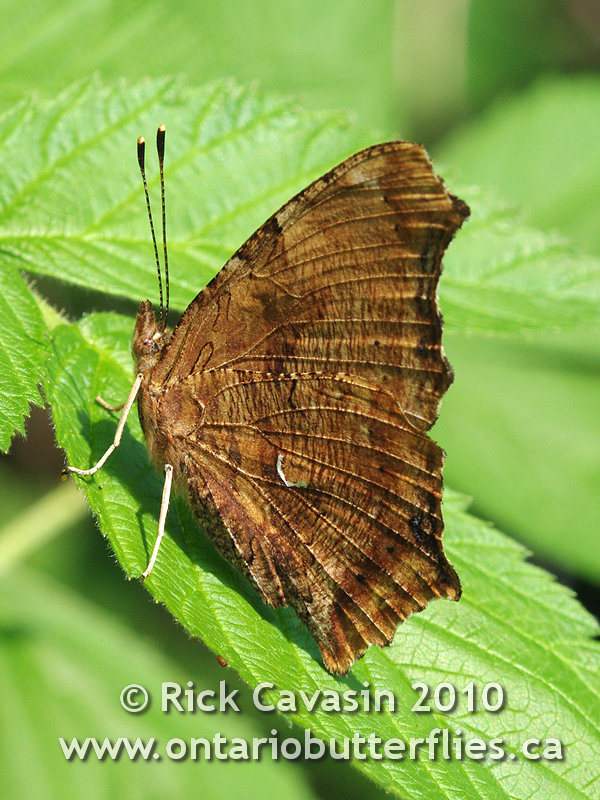 There’s also a dorsal/ventral pair of photos for what must be a female Green comma, where the comma mark is virtually absent. 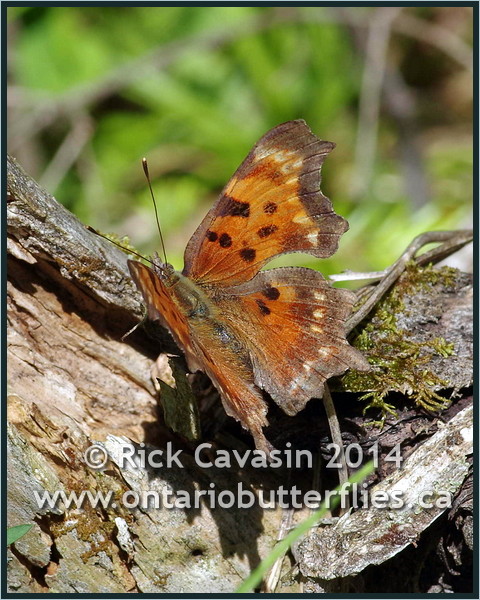 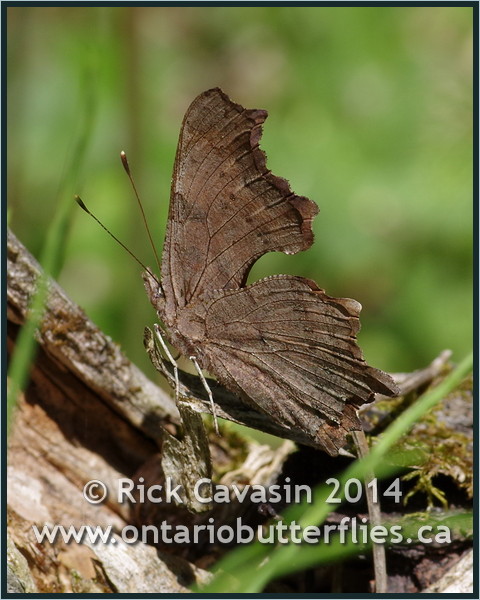 [Finally here’s] another shot of a green comma where the mark is malformed in a different way. 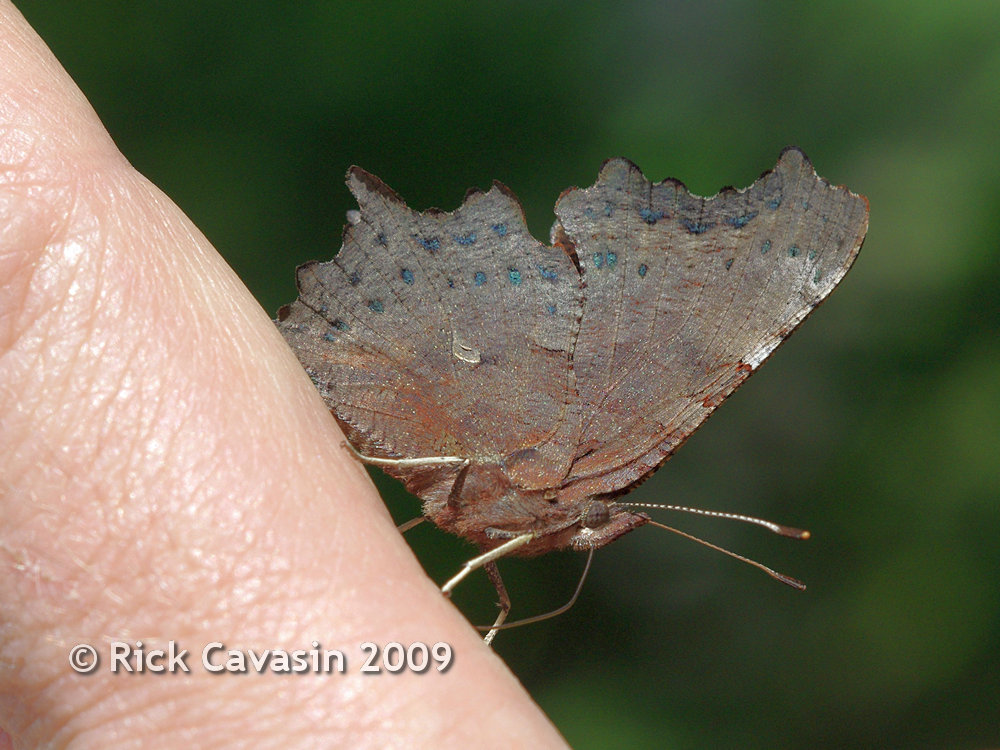 I’m sure I have some Eastern Commas with “broken” commas, but I’d have to locate them [among my photos]. The ones provided here were more memorable, so easier to find.

Thanks to Rick for the intriguing compilation!

Here’s a brief description of him:
EButterflyer of the Month for March 2016

Here’s the link to one of his two websites:
Butterflies of Ontario