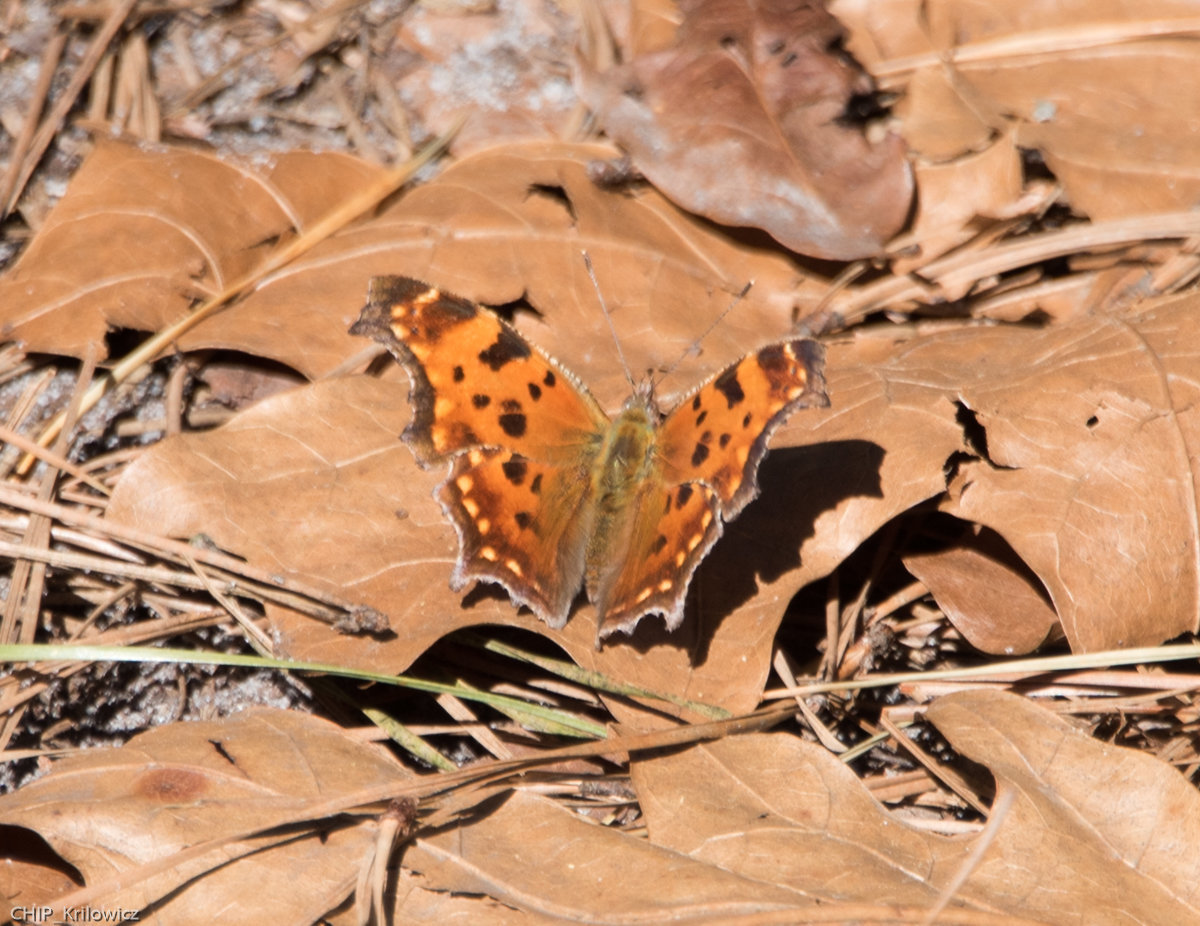 Looks like a comma, doesn’t it? Photo by Chip Krilowicz, Wharton State Forest, BUR, on 3-8-17. 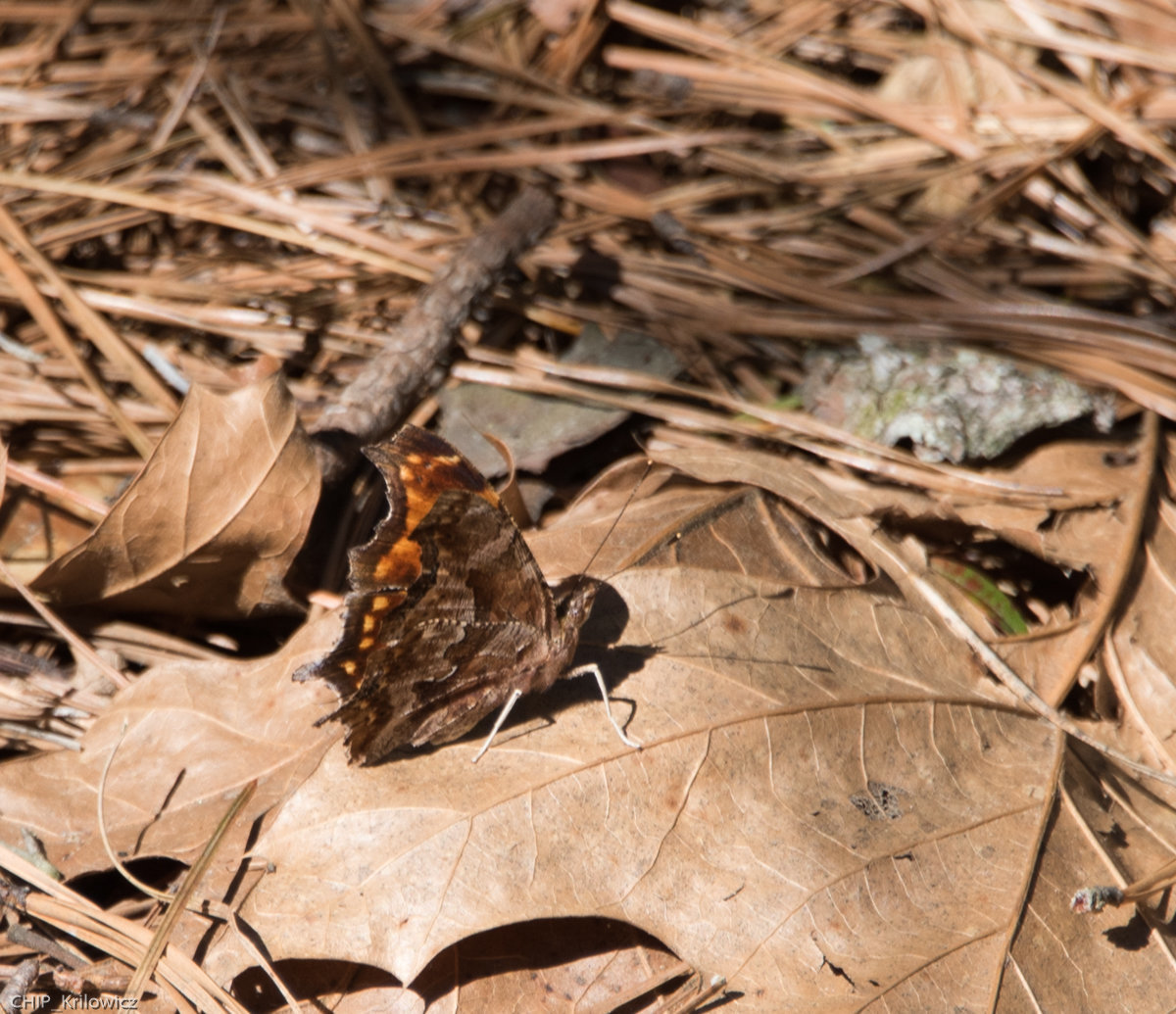 We have had two reports recently about confusing Polygonia — individuals showing eastern comma patterns on their dorsal side and what looks like a question mark on the ventral. Chip Krilowicz photo’d one and Jack Miller photo’d the other. 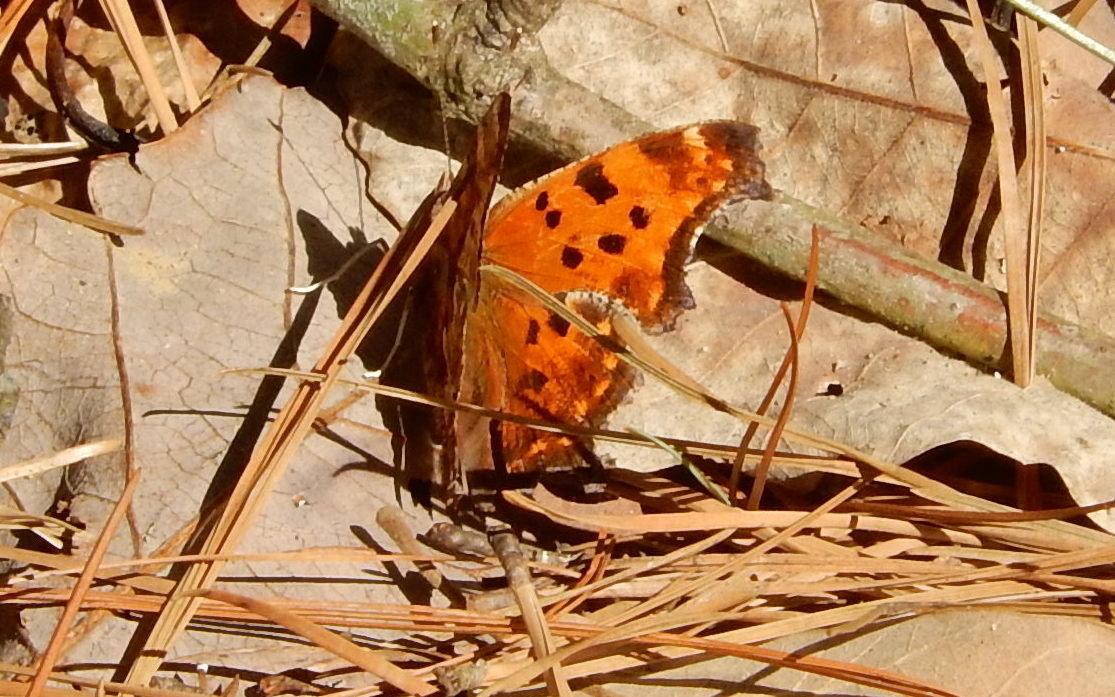 Another butterfly that looks like an eastern comma from above, but… 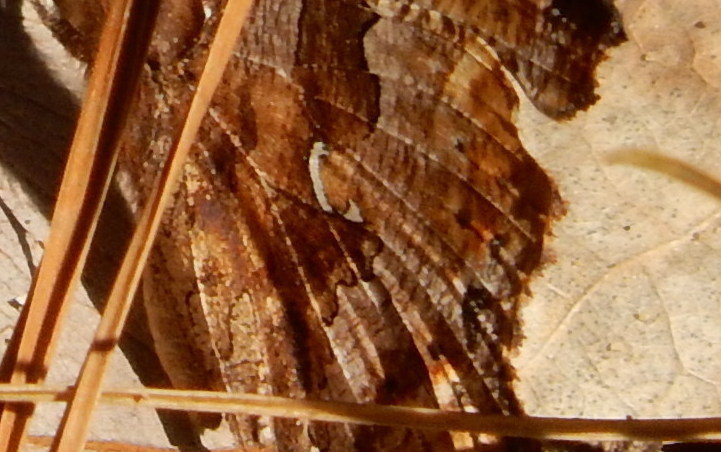 Jack Miller passed along info from Pat & Clay Sutton about “broken” punctuation marks they had noticed themselves on Polygonia comma. The possibility of that pattern was news to me and enabled me to track down an interesting note on Bug Guide from David Ferguson analyzing two photos very similar to Chip’s and Jack’s taken in Iowa in September 2008. Ferguson notes, “The comma mark is confusing, because it is broken, but this is not a rare occurence in [eastern comma, Polygonia comma] — just not common either. It is normally broken in the Question Mark, but not always. So, it’s more of a useful rule of thumb than absolute rule.”

For the photos and Ferguson’s full comment go here:

Any observers out there with photos of the reverse situation that Ferguson hints at: a questionmark with a comma-like pattern below? Seems like an interesting challenge for anyone looking to sharpen their anglewing chasing skills.

And if you have no luck there, there is at least one more confusing possibility you might search for. Cech & Tudor note in their Butterflies of the East Coast that some eastern commas show a questionmark-like dash on their top-side.

And let’s try not to think about the possibility of an eastern comma with the broken mark below and the extra dash above!

This entry was posted in ID Challenges & Tips, Nymphalids. Bookmark the permalink.