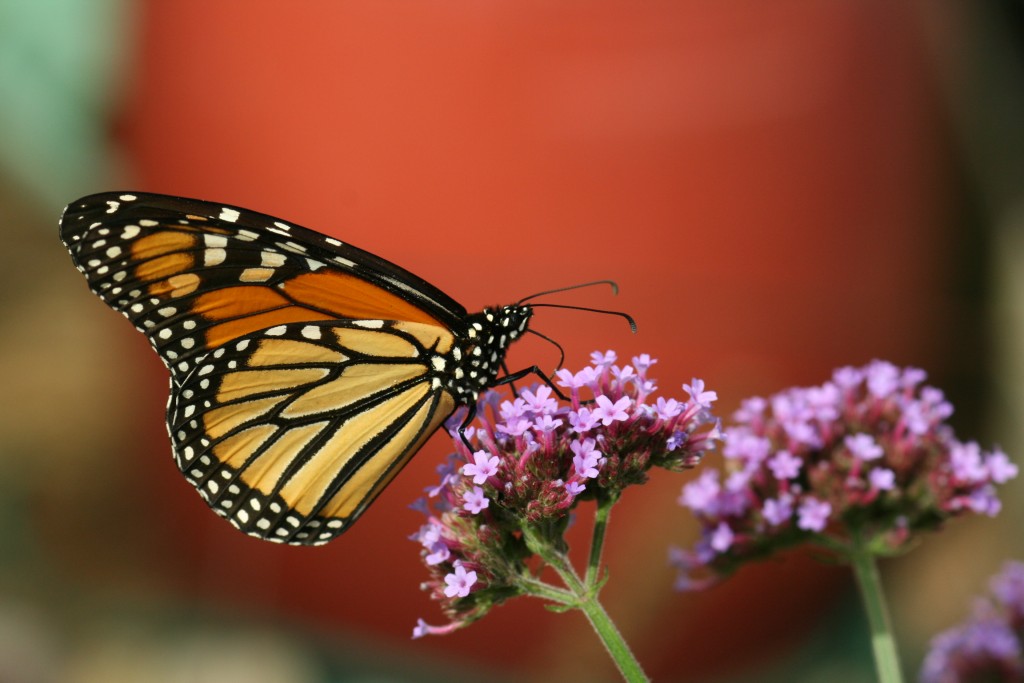 Monarchs may be doing not quite as badly as many of us believe.

If you would like to feel a little more optimistic about North American’s best-known butterfly, set aside some time to read through the new series of articles published just last week by the Entomological Society of America: “The Monarch Collection” (available at the link below).

Thanks to Stockton professor Jamie Cromartie for passing along the news of the publication and the link.

The eight articles published there present a story more nuanced and somewhat brighter than butterflyers’ grapevine conversations usually have it — or as the story is frequently told in magazines and newspapers. I think most of us have heard that the monarchs’ over-wintering population in the Mexico mountains has shown a sharp, scary decline over the last twenty-plus years. Their roosting habitat is shrinking, and fewer and fewer adults leave the wintering grounds each spring to repopulate North America. Most of us have worried about the impacts of that decline on the monarchs we hope to find in our backyards each summer and on the spectacular migrations we love to see in fall. I have heard more than one butterflyer mourn the imminent end of spectacular monarch migrations — and I have mourned the end myself.

Perhaps the end is not quite as certain as some of us have thought.

The authors of the ESA articles studied different measures of monarch numbers — most of them taking data from citizen science projects, such as the NABA July Butterfly Counts, Journey North, and the Cape May Bird Observatory’s Monarch Monitoring Project — and found a more complex story. 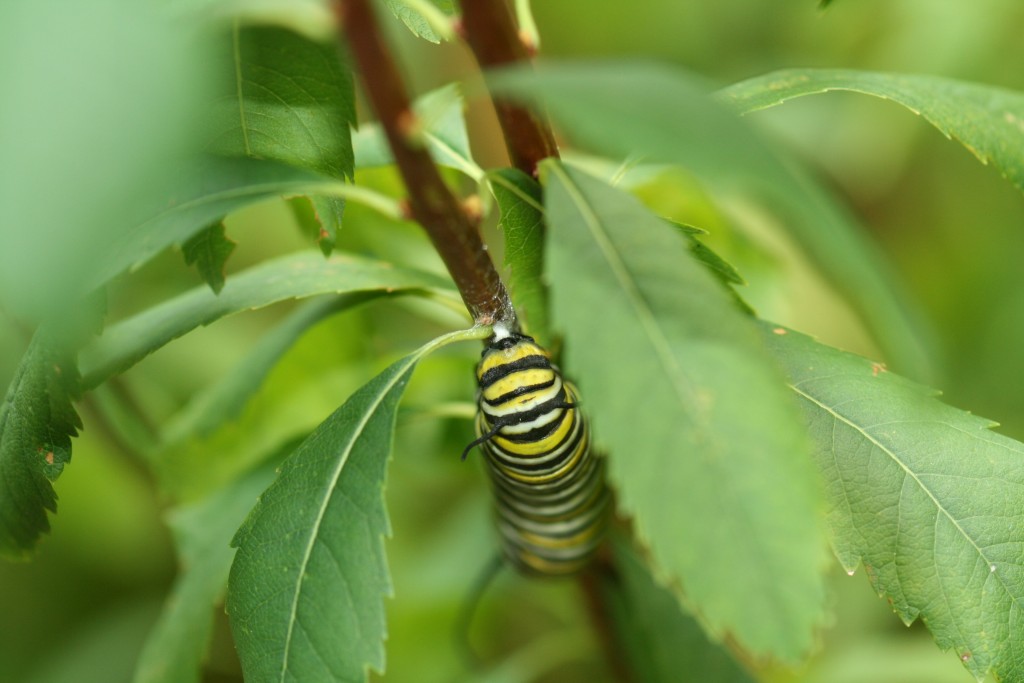 One way monarchs seem to be compensating for decreasing numbers on their over-wintering site is by increasing their success [per adult female] on their breeding grounds.

Yes, the precipitous drop in the over-wintering populations of monarchs in Mexico is real, and yes, monarchs face pressures they didn’t face fifty or one hundred years ago (global climate change, habitat losses on their breeding range, and others) but other measures of their populations suggest that monarchs seem to be hanging in there. Their numbers fluctuate enormously from year to year, but their numbers have always fluctuated. Long-term trends in the data gathered outside the Mexican mountains — on arrival dates on their breeding grounds, survival of eggs and caterpillars, tagging programs, fall migration counts, and so on — show only much smaller declines.

I am oversimplifying here, I realize. The story told in full by these authors is complicated and still-developing. Each article focuses on different elements in the monarchs’ ecology and uses different data sets — and the authors reach varied conclusions. At least two of the articles seem more pessimistic than the others, and none is entirely upbeat. Most seem modestly hopeful, however. All suggest that monarchs need our help and the continued focus of citizen scientists across the country, but all authors seem to believe that the monarch-apocalypse is not at hand.

If you have time to read only one article, make it this overview written by Andrew K. Davis and Lee A. Dyer. They summarize the mixed story very well.

For the whole set of articles, go to this link:

If you would like to look at some of the raw data used by the ESA authors (and get inspired thinking ahead to the coming fall migration), go to the Cape May Bird Observatory’s Monarch Migration Project website. Last fall the project celebrated its 25th year. It has long represented citizen science of the highest order. 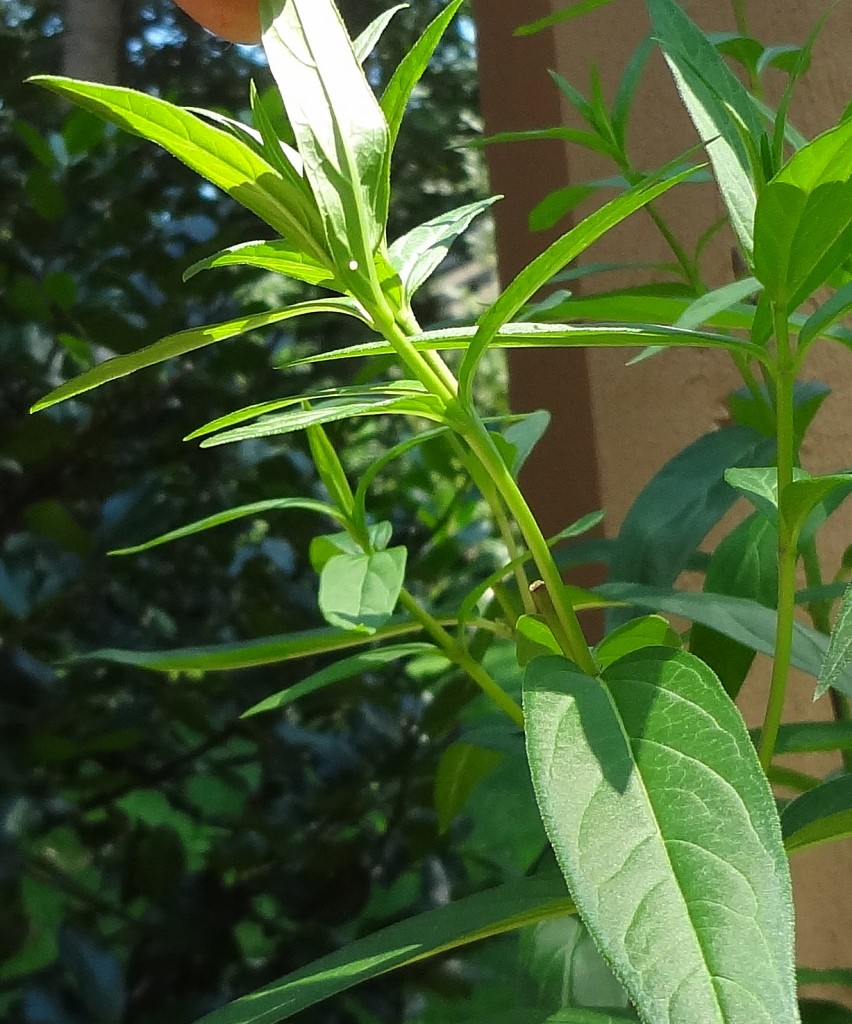 A future Mexican over-winterer? Photo of a monarch egg on swamp milkweed by Suzanne Newman from her garden in Northfield on 8-9-15.

Comments on the articles or on your sense of the monarch story would be most welcome.