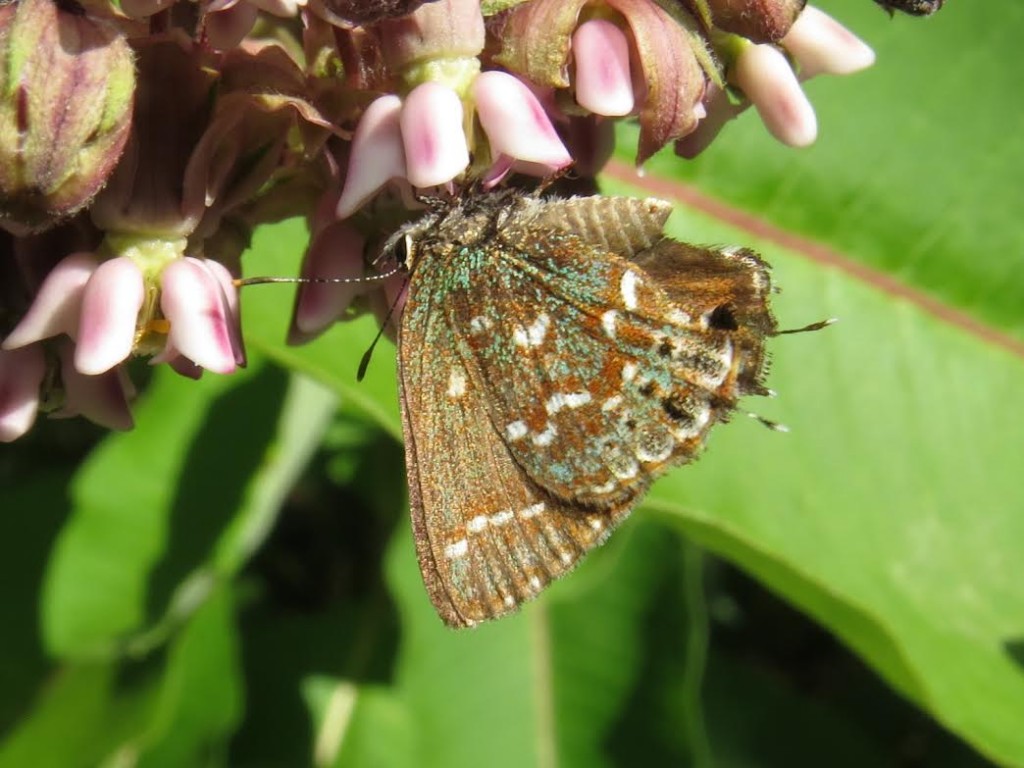 One of the finds of the early summer so far is the butterfly above: a 2nd-brood Hessel’s hairstreak discovered by Jim Springer and Ahmet Baytas at Double Trouble State Park (OCN) on June 27. Second-brood Hessel’s are rarely found in NJ, and — as far as is known — do not emerge at all most years.

Apparently, the other three most recent NJ reports have come on NABA counts:

Pat also reports there have also been two observations on the Belleplain NABA count in the most recent 20+ years:

One on 7/14/91 – found by Louise Zemaitis along the Maurice River Causeway RR Tracks (heading north to a white cedar stand) and confirmed by Clay Sutton.

Another on 7/19/07 – photo’d by Will Kerling in Karen & Brian Johnson’s garden, not far from the white cedar habitat on Old Robbins Trail.

So, it seems we find them rarely, although second-brood Hessel’s are apparently regular in both Virginia and North Carolina.

Is there a possibility they are more frequent in our area than we realize? The fact that three of the four listed reports came on days when observers were in the field in numbers leaves open that possibility.

If you are exploring white cedar bogs over the coming few weeks, be on your toes!

If anyone knows of other sightings, please leave a comment below, or email me at nacotejackATgmailDOTcom.

This entry was posted in Lycaenids. Bookmark the permalink.