A Month To Remember

Juniper hairstreak, photo by Will Kerling, 3-27-12, a new record early date; has this species ever been found in NJ in March before this year?

Whew! How to begin a summary of the past thirty-one days of butterfly activity?

March is generally a month when chasing butterflies in South Jersey involves lots more time searching than finding, and when most of us feel lucky if we spot three species in a day. If you are get out regularly and are persistent, you might aim for half a dozen species for the month: three or four mourning cloaks, a question mark or two, a couple of commas, some “anglewing, spuh” fly-bys, a cabbage white or perhaps orange sulphur (ordinarily no “gimme” in March), a handful of blueberry azures, and on the last weekend of the month, you might set out in the hopes of stumbling on a very early elfin or some other wildly-early species that you can add to your all-time March list with a big red star.

That’s the story most years, not this year — not by a long shot.

Since our log began in 2008, our group’s compilations for all species observed by all contributors in our eight southern counties in March has never reached double-digits for species — until this year. And our total number of contributed reports has barely reached triple digits — until this year.

Check out the monthly totals for our most recent four months of March:

We also found butterflies on 29 of the 31 days of the month (thanks to Will Kerling and to several others of our most dedicated observers, who continued chasing after butterflies — or at least kept an eye out for them — even on days when the temperature dropped into the 40s and high 30s). 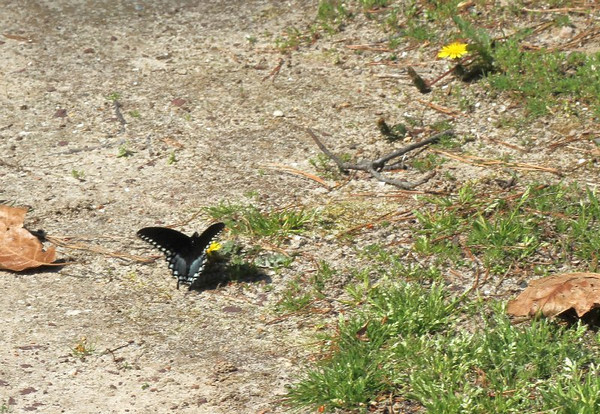 Here’s a hastily-compiled overview of our records for the month.

Report (in parentheses) = number of records, not total of individuals.
Date = first report this year (if in March).
* (single asterisk) = new species for 2012
** (double asterisk) = new early date for our log (now five years old) and also apparently earlier than any other records in the sources listed below

“Early records” are hard to document as there seems to be no official compilation, so the ** asterisks compilation is based on Gochfeld & Burger’s Butterflies Of New Jersey; Shapiro’s Butterflies Of The Delaware Valley; some back issues of The Pearly Eye (from the North Jersey Butterfly Club), especially the 2009 report with all-time early records for North Jersey compiled by Michael Gochfeld; and word-of-mouth comments from others.

This is a tentative/hurried list partly intended to encourage everyone, especially our most veteran butterflyers, to send in corrections. Please let me know about any errors you see below. Anyone with knowledge of earlier dates for those marked **, email me and I will gladly update this list.

Will Kerling has compiled a list of the species seen in the month that apparently have never previously been recorded in NJ in the month of March: black swallowtail, spicebush swallowtail, falcate orange-tip, American copper, brown elfin, hoary elfin, eastern pine elfin, juniper hairstreak, white-m hairstreak, gray hairstreak, red-banded hairstreak, eastern tailed-blue, American lady, sleepy duskywing, silver-spotted skipper, Horace’s duskywing, and sachem. He notes also that American snout could be added to this list — but we saw it first this year in February!

You can go to our log, of course, for more details (county, site, observers, individual numbers, and other notes) for any of these reports.

Eastern pine elfin, photo by Jesse Amesbury, 3-28-12, one of fourteen reports of the species this month

A big thank-you to each of you for participating and helping us document this remarkable phenomenon.

Can April 2012 be at least half as much fun as March has been? We will see!

American copper, photo by Will Kerling, 3-28-12; still another first-ever record for NJ in March?

2 Responses to A Month To Remember