As the year turns….

…. Cape May still has butterflies on the wing.

Sam Galick and others spotted the monarch above in Cape May State Park on New Year’s Day less than 24 hours after Will Kerling photo’d a sulphur late on New Year’s Eve afternoon at the Rea Farm. But Will himself had an even earlier butterfly for 2012 — a sulphur at 9:34 a.m., one of two he found at Cape Island Creek Preserve on Jan 1 morning.

See our log for other reports of last/first butterflies by other observers. We have several reports from both sides of New Year’s Eve midnight. On December 31, Megan and Mike Crewe found a red admiral on Bayshore Road in Cape May, Bill Schuhl had a monarch in a Cape May Point garden, and Jim Dowdell recorded a dozen orange sulphurs in Green Creek. 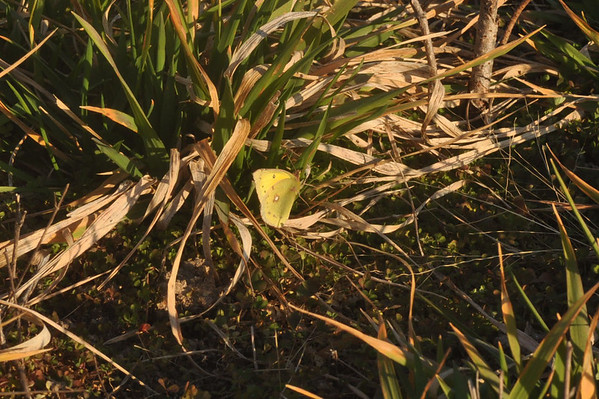 This entry was posted in Late Dates, Nymphalids, Pierids. Bookmark the permalink.