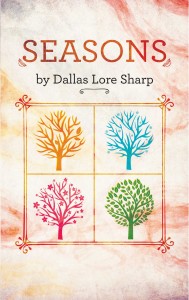 Dallas Lore Sharp was born in 1870 in Haleyville, Cumberland County, New Jersey. After a childhood spent exploring the fields, forests, and swamps of South Jersey, he attended Brown University and eventually became Professor of English at Boston University. Writing in the first quarter of the twentieth century, Sharp was among the most popular nature writers of his time. He mused on aspects of nature that could be found in one’s backyard – native birds, small mammals, creeks, trees and loose fall leaves – successfully translating the wild world into his readers’ living rooms. The present volume is a selection of essays from The Whole Year Round, originally published as four shorter texts, each based on a season. In these essays Sharp concentrates upon the small scale of the natural world, a focus that highlights the grandness of nature as a whole. Republished with a new foreword.

This entry was posted in Publications. Bookmark the permalink.