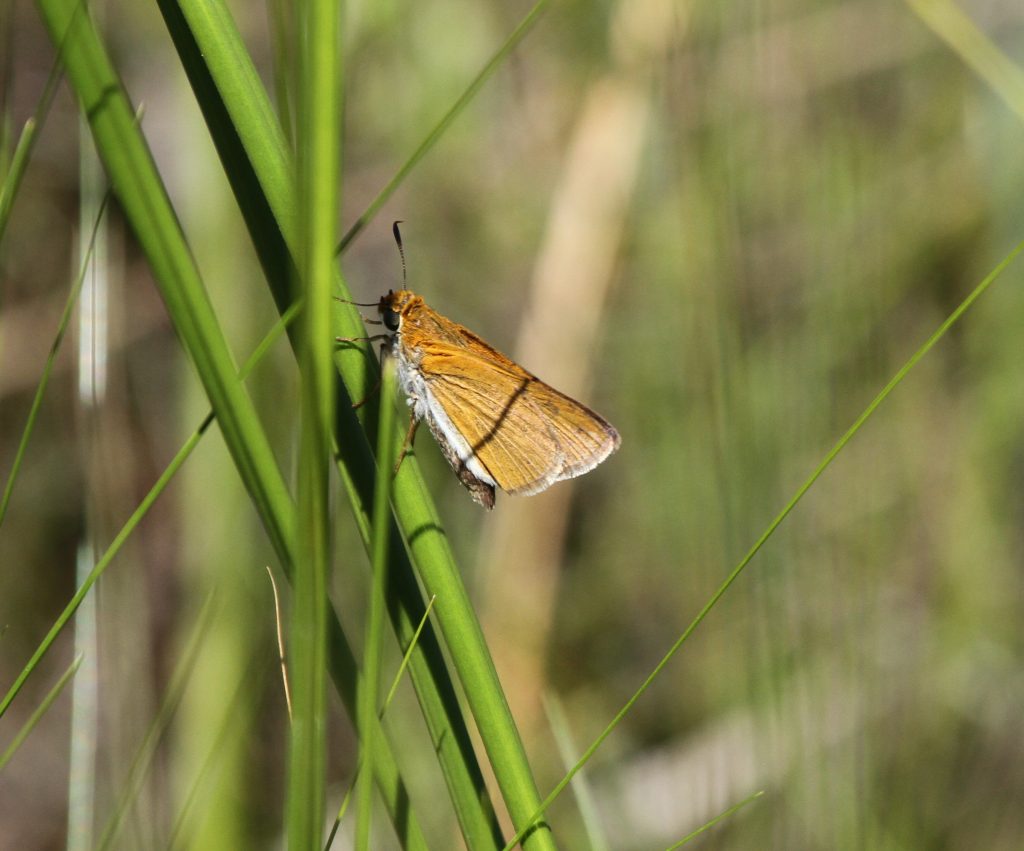 Brian Johnson found our first two-spotted skippers (and our 67th species for June) at a bog in BUR on the last day of the month.

As cold, wet May 2016 fell behind us, the weather turned better in early June and, for the most part, stayed that way. In fact, June 2016 seemed a butterfly-chaser’s dream month: filled with bright, pleasantly warm, and mostly dry days. Very few days were hot and humid, and rain heavy enough to trap anyone indoors fell on just three or four days. (Butterfly gardeners might note that the lack of rain made it a less-than-ideal month from their point of view.)

Of our single-brooded spring species only dusted skipper and frosted elfin lingered into June (see “Missed in June” below), but diversity for the month was excellent, nevertheless. We found 25 species new for the year and totaled 67 species for the month. That is our second-highest June in our nine years of logging. The only June with a longer list is June 2012, when we tracked down 69 species.

Our total for reports (336) and contributing observers (29) were also both well up from May. Keep at it, everyone!

Thanks to each of you!

Species reported at least once during the month:

(Those new for the year show dates of first reports)

Despite the good weather (or perhaps because of May’s tough weather), ten single-brooded spring species seen in May apparently did not fly into June:

Wild indigo duskywing, a three-brooded species, was also found in May but not in June. (Its second brood emerged on July 4.)

Keep an eye out, everyone! 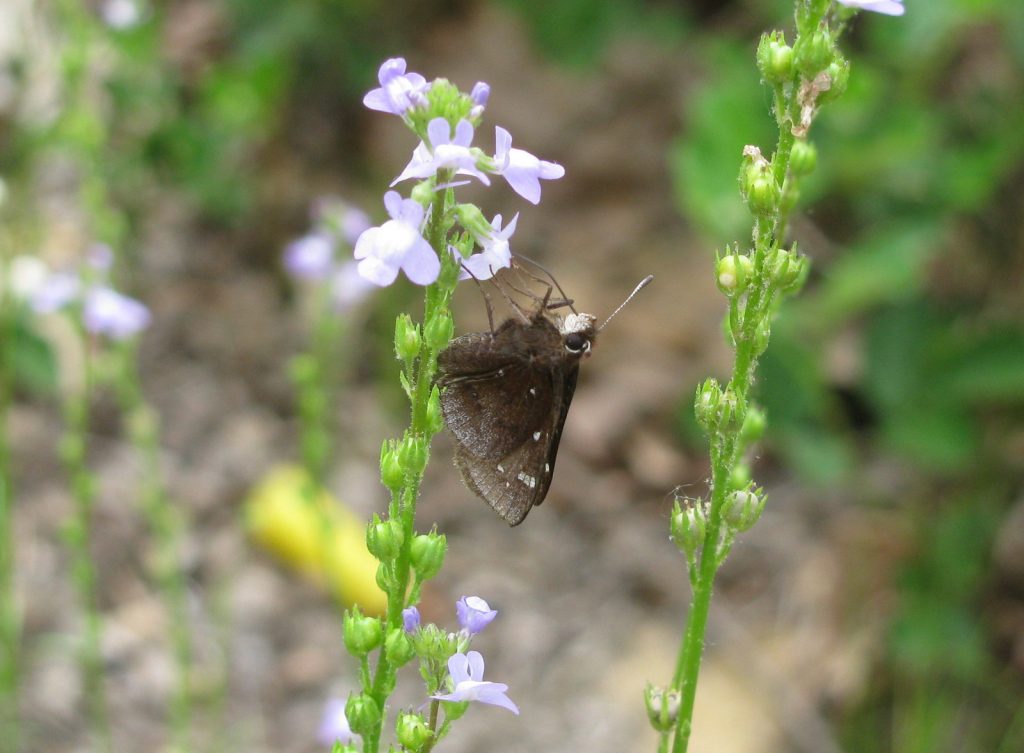 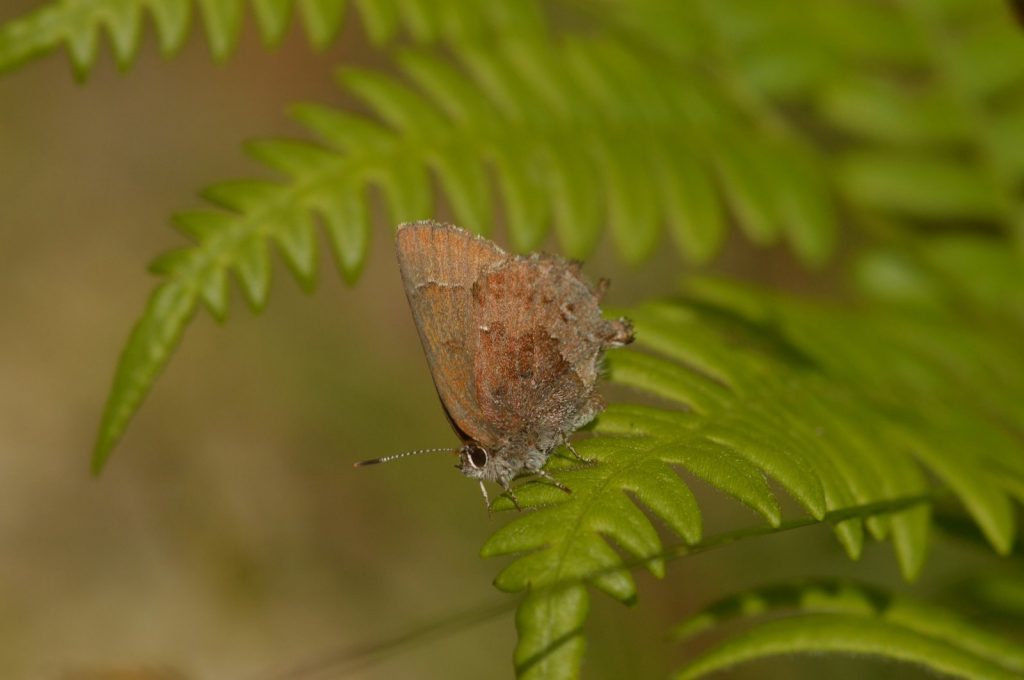 Will Kerling documented our last frosted elfin (and the last of all single-brooded spring species) at Lizard Tail Swamp Preserve, CMY, on June 4. 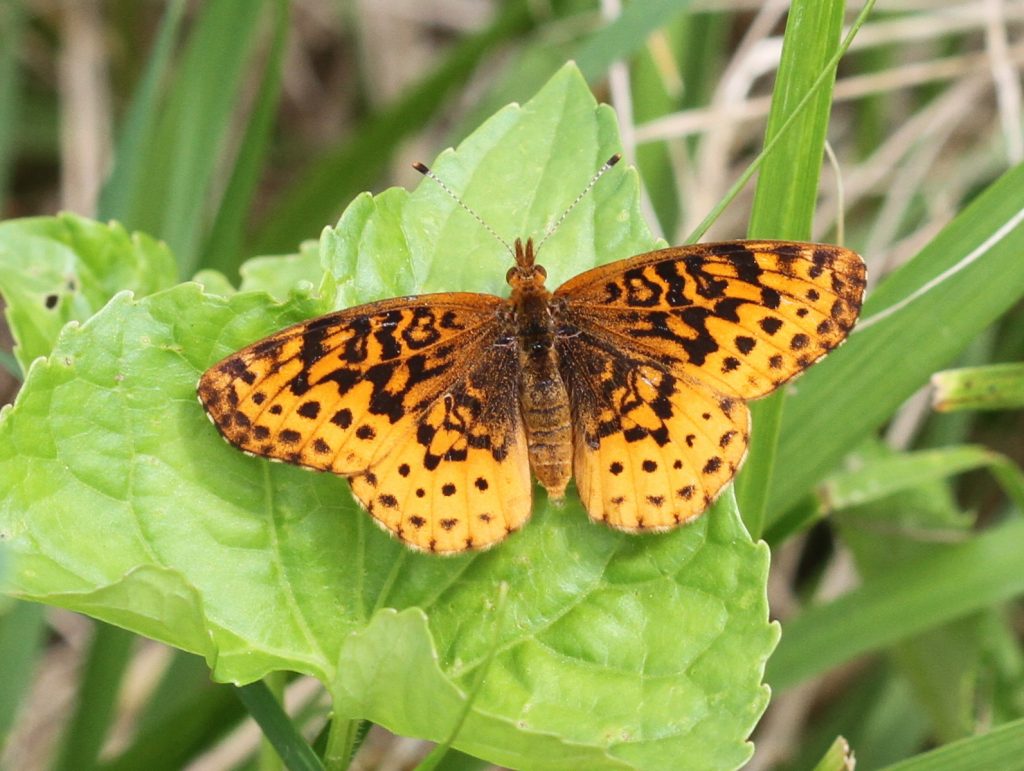 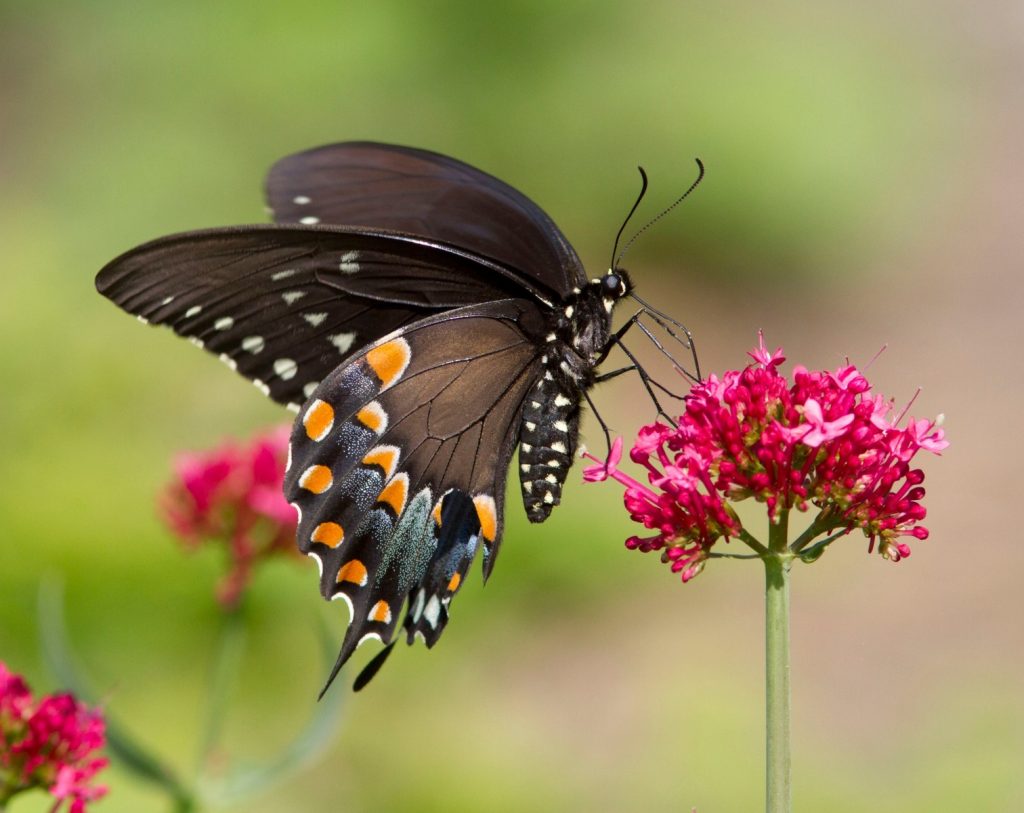 Beth Polvino captured a spicebush swallowtail in her garden in North Cape May with this lovely shot on June 7. 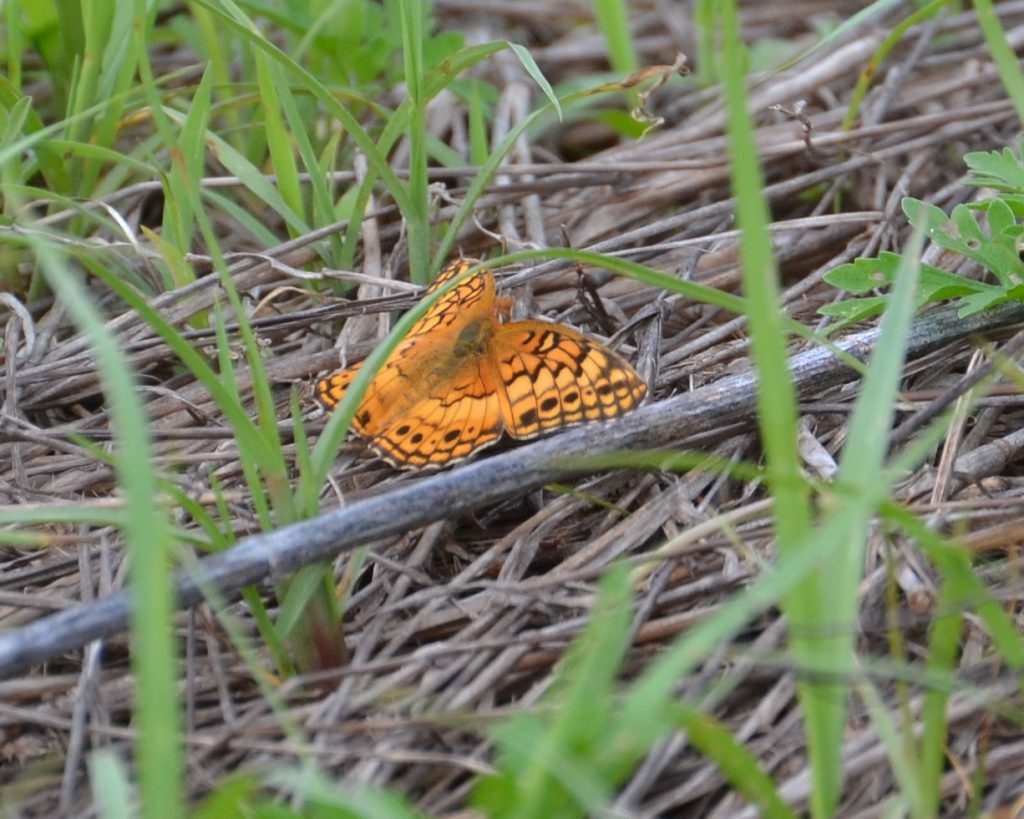 Claire Campbell found our third variegated fritillary of the year — and the first photographed — at Laurel Run, BUR, on June 8. 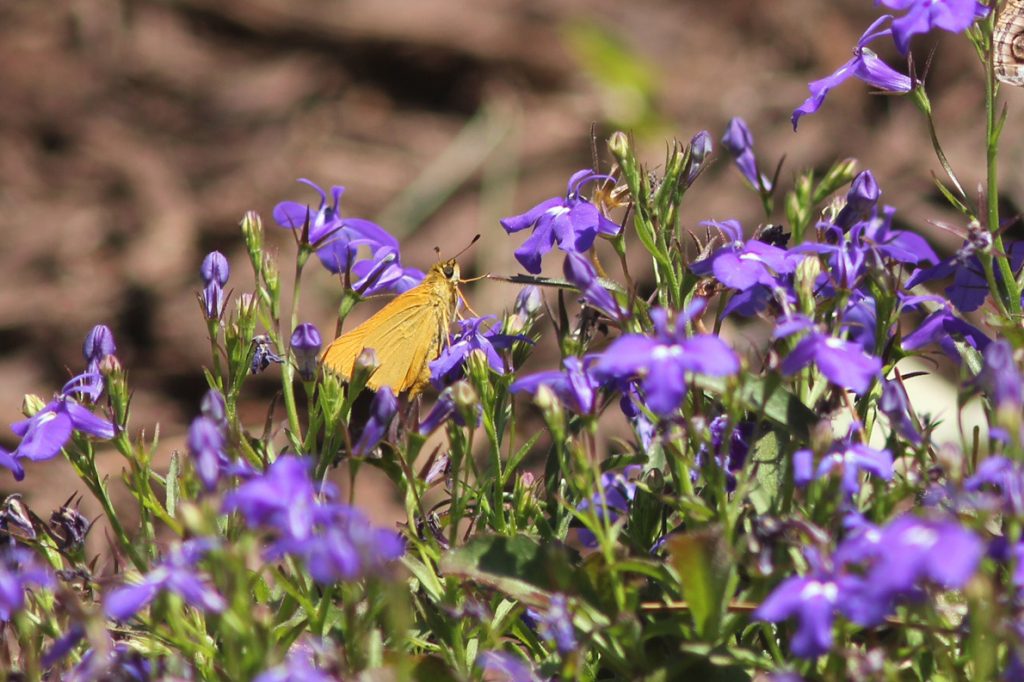 Dolores Amesbury found two FOY for 2016 on the same day in her CMCH garden on June 9: salt marsh skipper and this Delaware skipper. 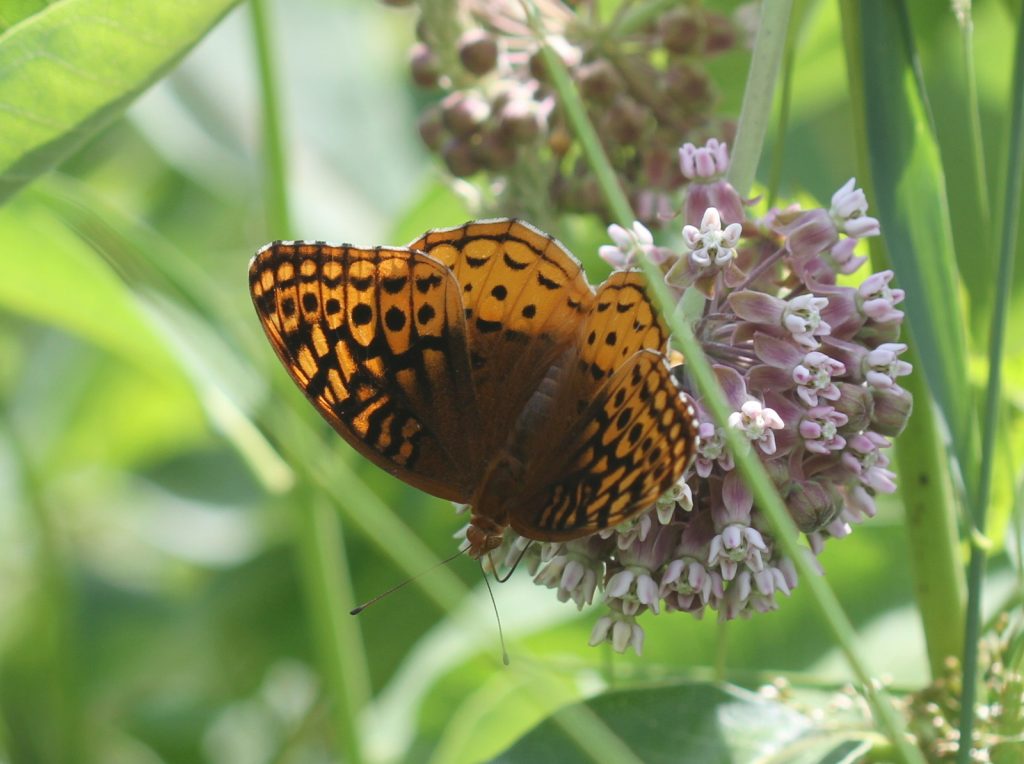 Dave Amadio photo’d this great spangled fritillary at Medford Leas on June 13: our first log record ever for Burlington County. 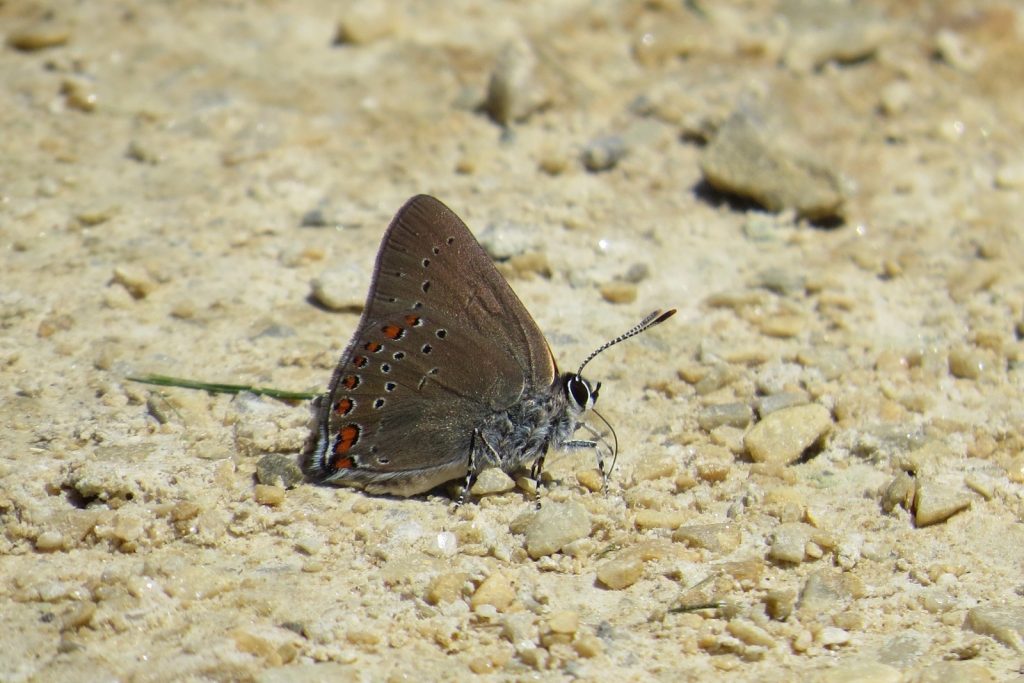 Is coral hairstreak the prettiest butterfly of South Jersey? It certainly attracts our photographers, including Jen Bulava who captured this one at Boundary Creek, BUR, on June 14. 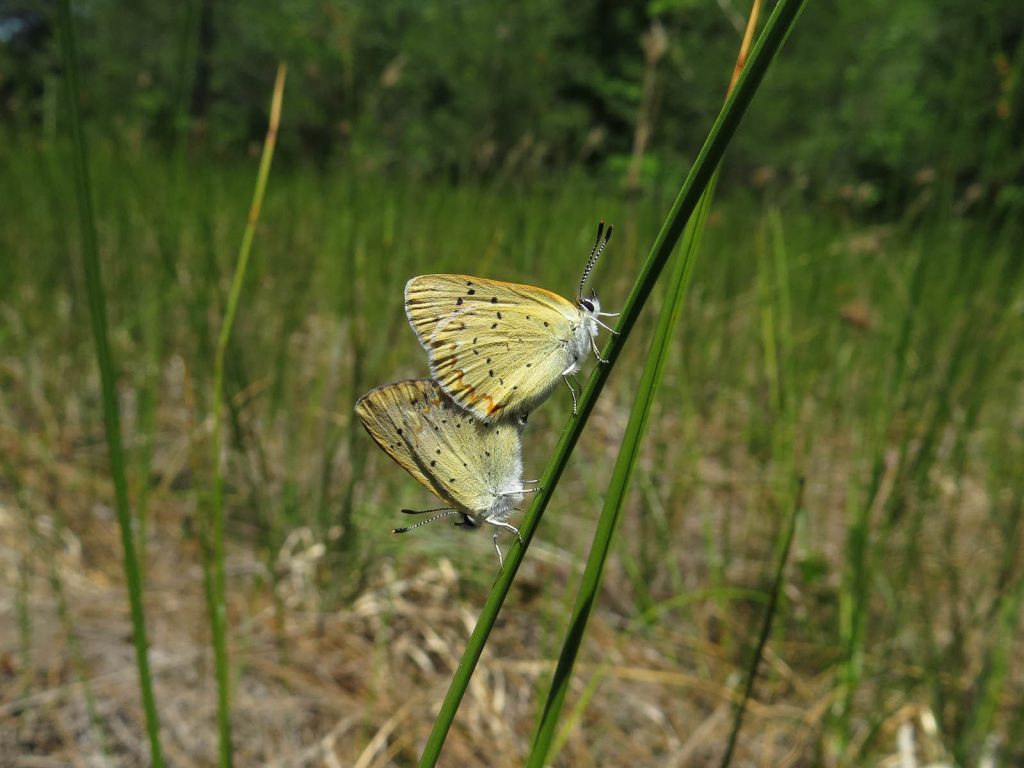 Bog coppers were documented at a number of spots during the month, including these two photographed by Jim Springer at Klots Bog, OCN, on June 15. 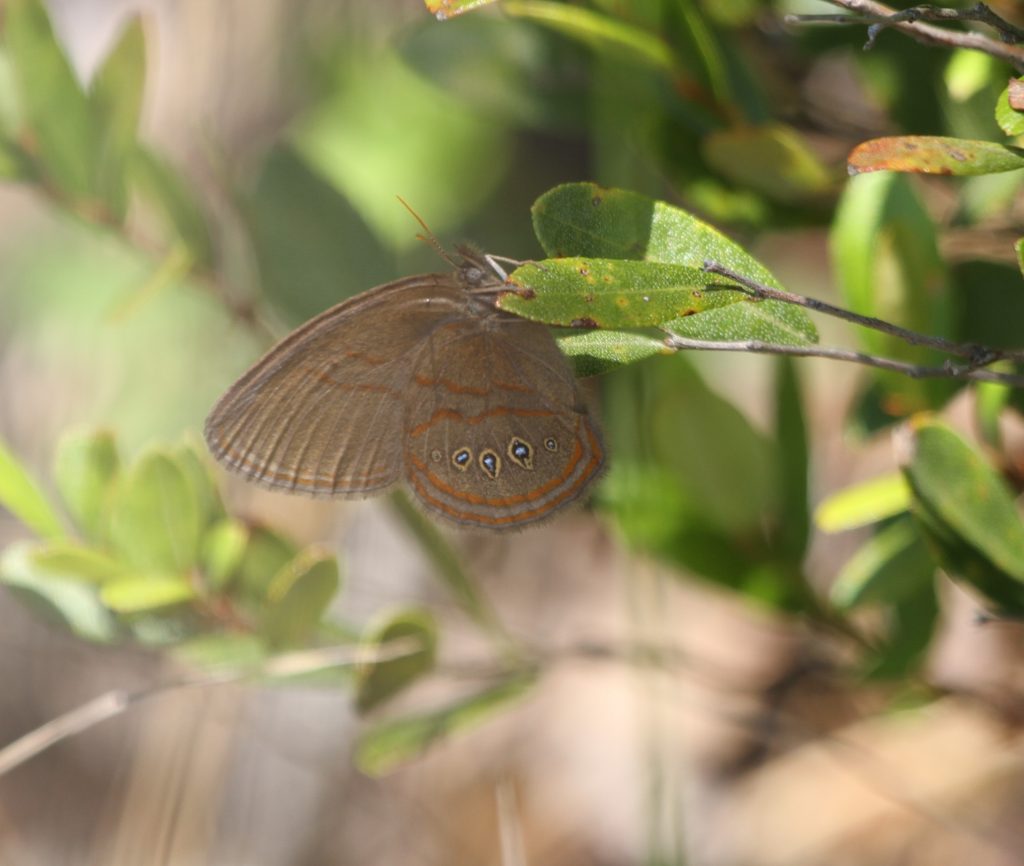 Brian Johnson documented Georgia satyrs flying at a bog in BUR on June 18. 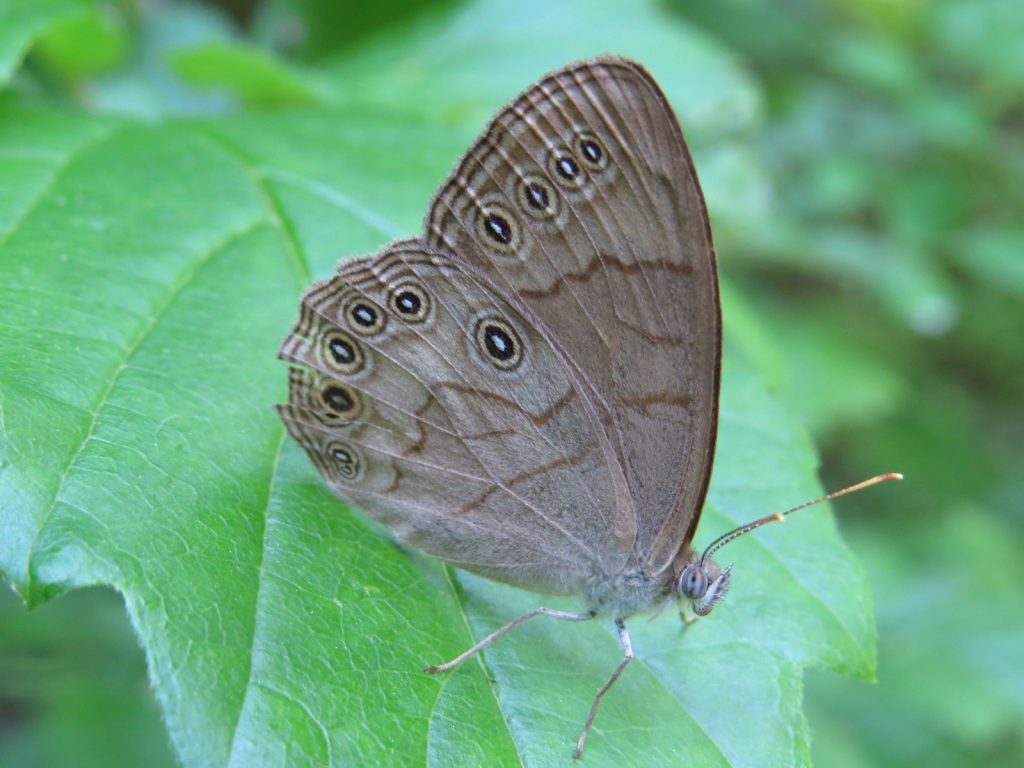 We had thirteen reports of Appalachian browns during the month, including this one beautifully photo’d by Tom Bailey at Medford WMA, BUR, on June 18. 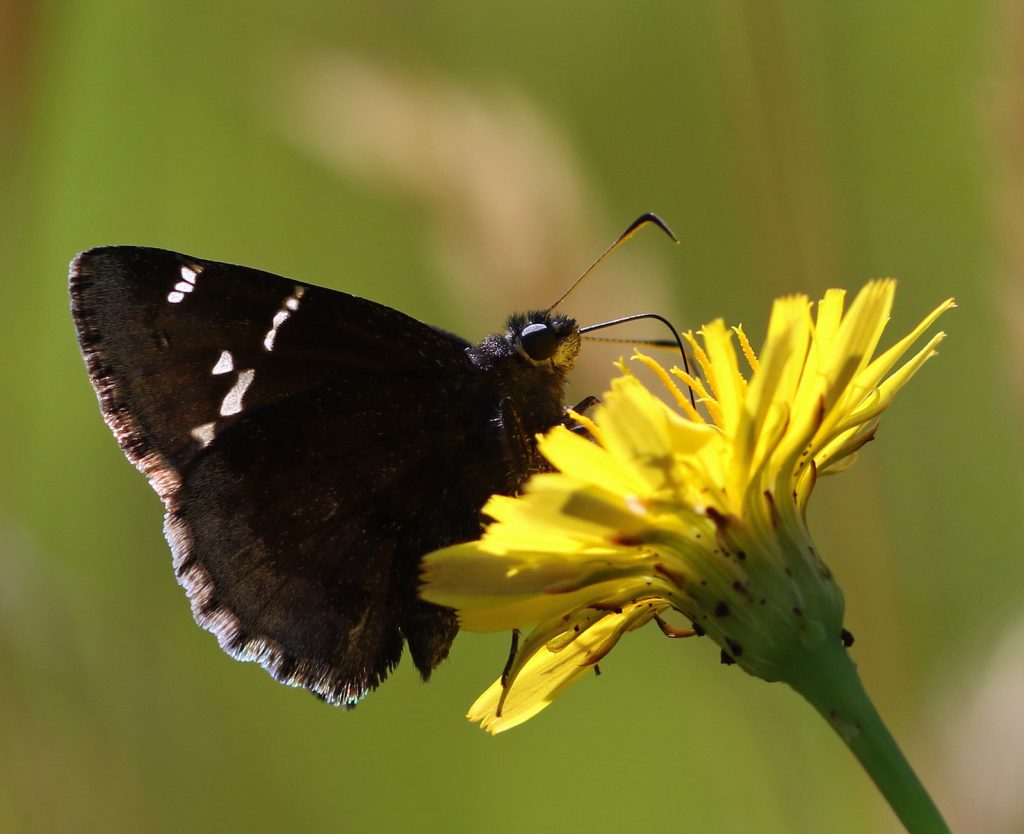 Southern cloudywings were reported in several spots during the month, including this one nicely captured by Harvey Tomlinson’s camera at Lizard Tail Swamp Preserve, CMY, on June 19. 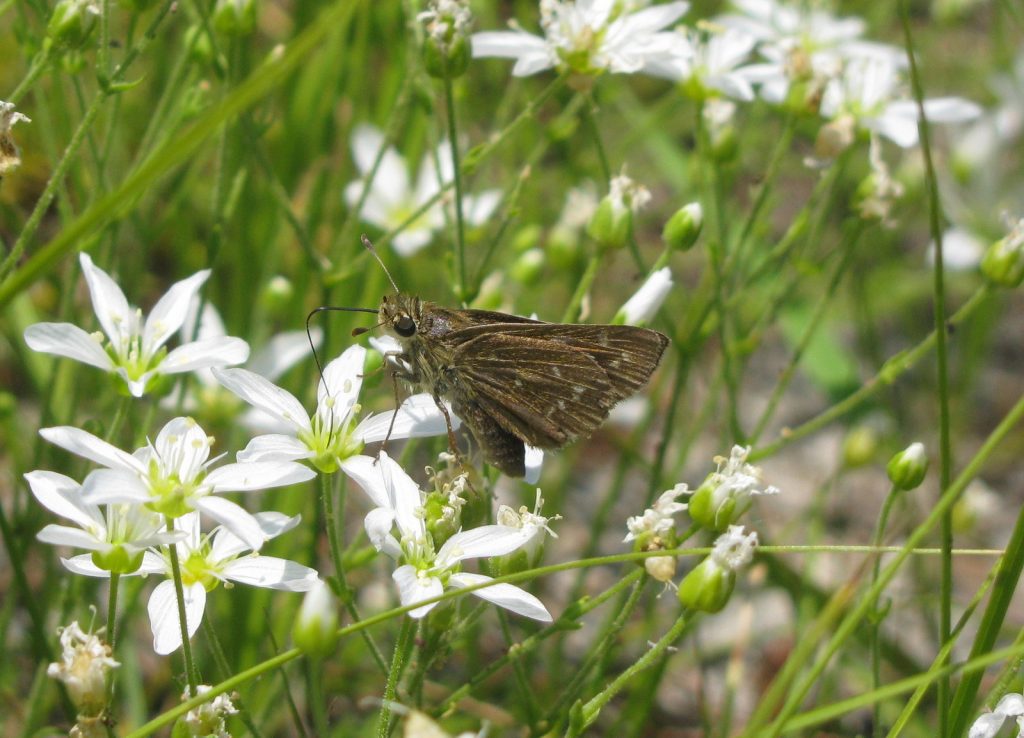 Steve Glynn found our first dotted skippers of the year at Colliers Mills, OCN, on June 20. 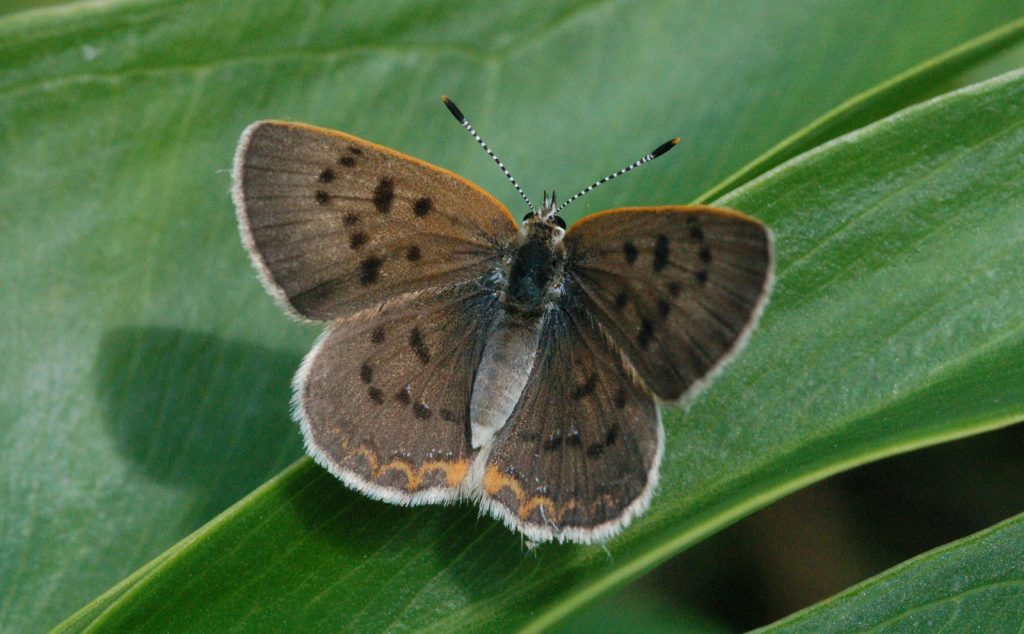 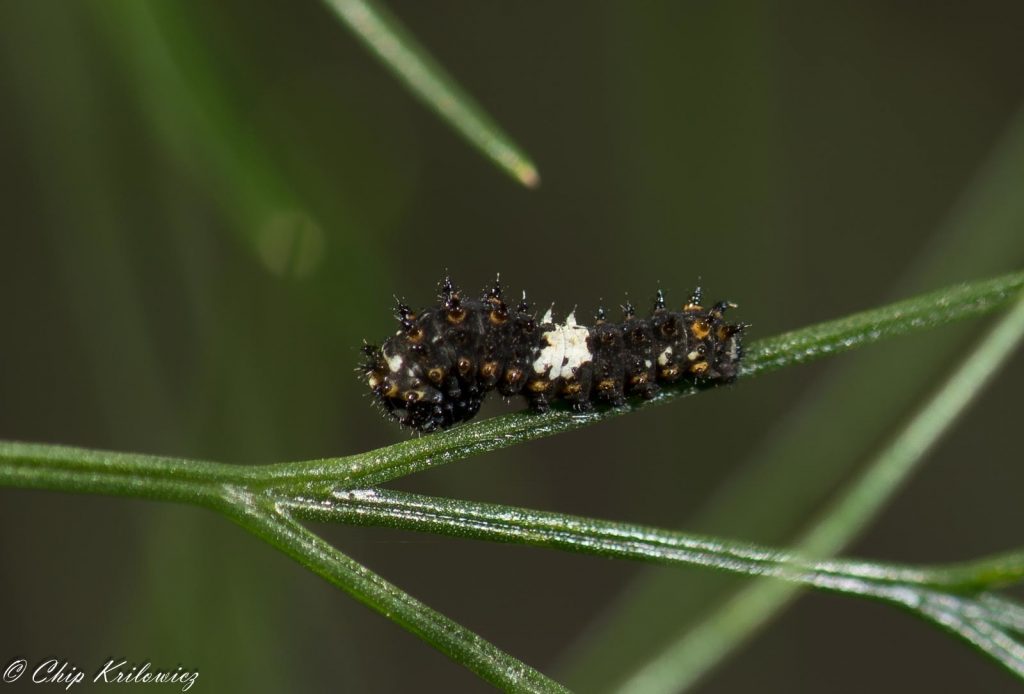 A black swallowtail caterpillar photographed by Chip Krilowicz in his Haddonfield garden on June 24. 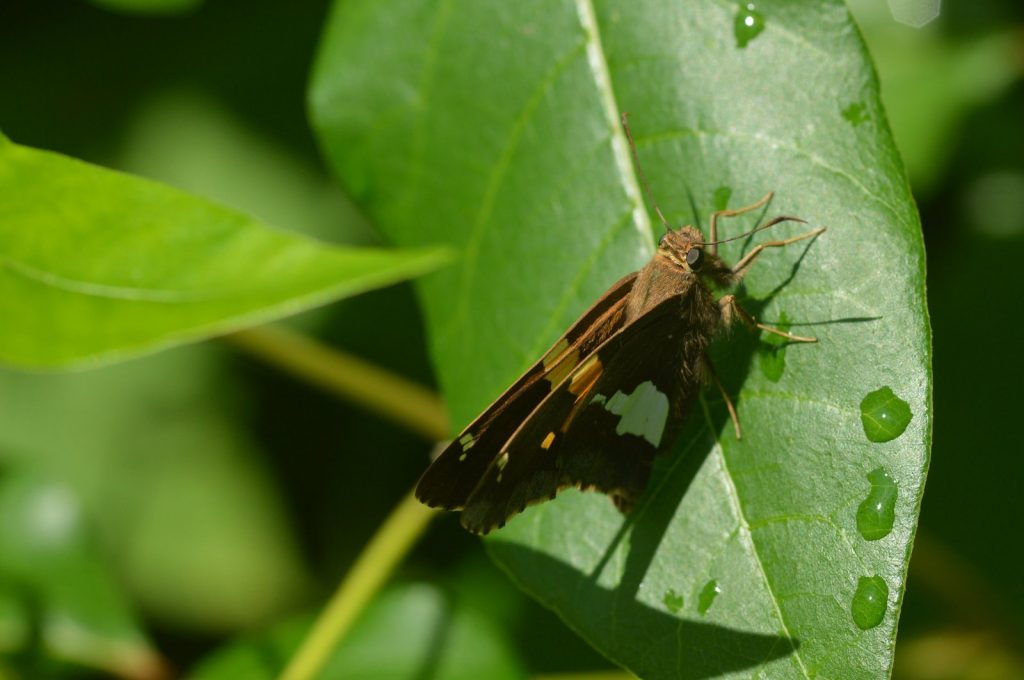 A silver-spotted skipper at Belleplain, CMY, photographed by Will Kerling on June 25. 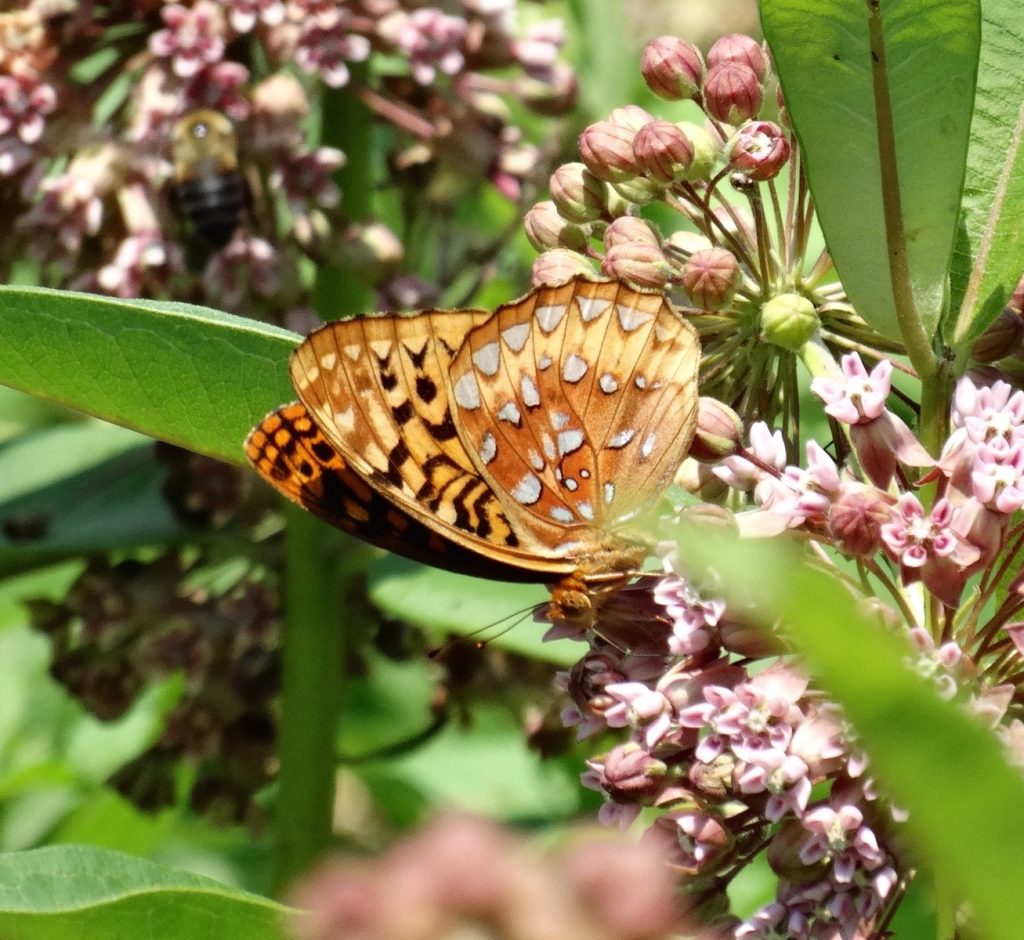 Salem County is our “hot spot” for great spangled fritillary, as documented by Sandra Keller with this photo taken in Marilyn Patterson’s garden on June 25. 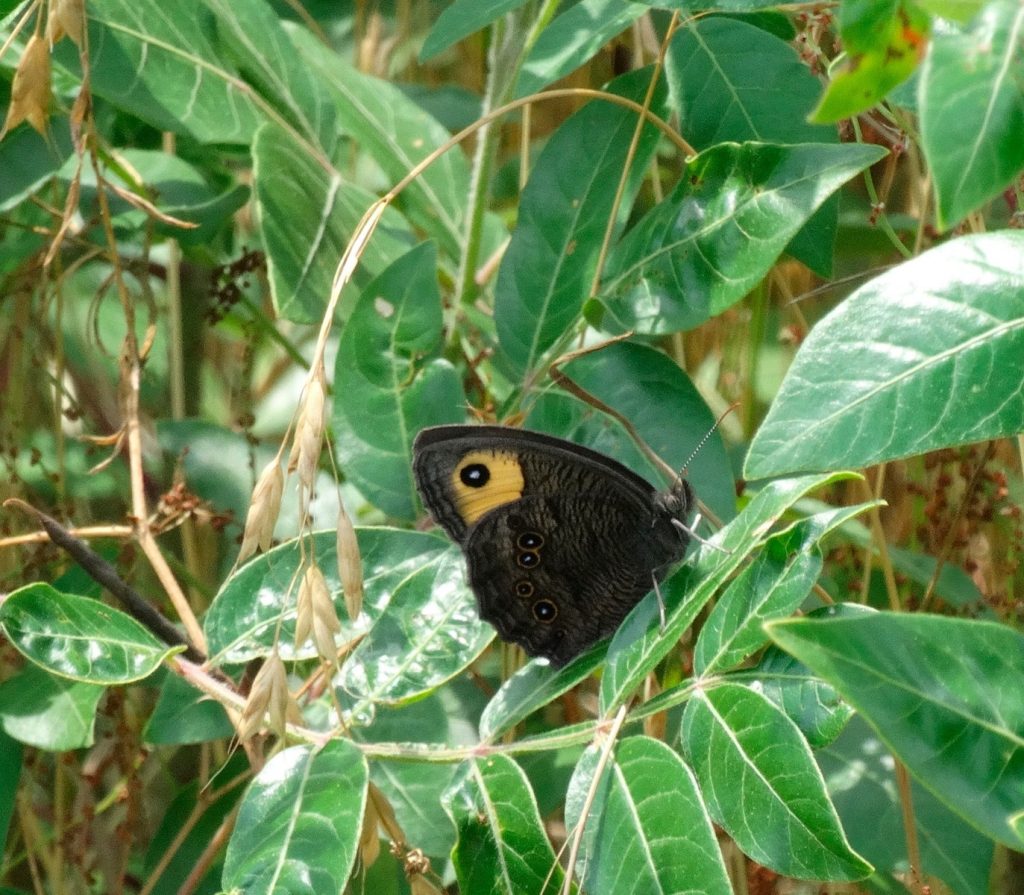 Chris Herz photographed this common wood-nymph at Medford Leas, BUR, on June 26, while scouting for the group field trip she led on July 2.

This entry was posted in Compilations, First Emergences, Late Dates. Bookmark the permalink.