As noted a couple of posts ago, dion has not been an easy find in our first four years of logging. Last year’s total of 10 reports and an estimated 50 individuals for the year was by far our best count, 2008-2011.

But this year, at least in Cape May County, the species seems to be turning up everywhere you might hope for it — and some others as well. As of July 20 we have 21 reports of the species and an estimated total of 190 individuals. One evening this week one of them showed up at Pat and Clay Sutton’s garden, making it the newest addition to their all-time yard list (which now stands at a mind-boggling 77 species).

Dion skipper, photo’d by Pat Sutton, nectaring in her garden in Goshen, 7-19-12.

On July 14th at a bog near the Tuckahoe River Brian Johnson and Will Kerling found 117 dions!

“They were courting and egg-laying in a huge sedge environment which we didn’t cover entirely. Everywhere we checked in the appropriate habitat [dions were] there and easy to track because they were so involved in their activity!”

One challenge for our group now is to see where else the species can be found this year. So far, all but two of the reports have come from Cape May County — and the only others are from Atlantic County near the Cape May Co border. Can we find dions elsewhere? How about within New Jersey Pine Barrens areas, such as Parker Preserve where we had four mid-August reports in 2009? 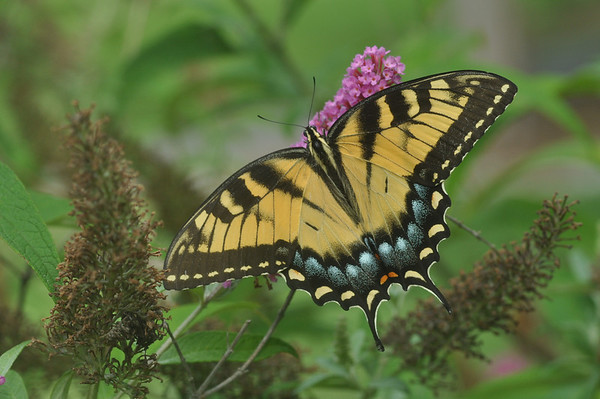 Female tiger swallowtail, photo’d by Will Kerling in Swainton, 7-15-12.

The recent boom of the tiger has been more subtle, but several of our observers have remarked on it.

It’s hard to know what to make of it, or even if it means anything at all, but 93 reports from the 1st to the 20th of July is higher than the reports for the same period in the past two years, when the species seemed to be prospering. In 2010 we had 75 reports for the species in that period and in 2011 only 36. So, despite a slow start, perhaps the species is headed for a good year in 2012, in the long run.

These year-to-year differences might reflect natural fluctuations caused by multiple variables that we cannot pinpoint, but it will be interesting to see how the rest of the year plays out. Our total reports for tiger swallowtails all year in 2011 was 273; in 2010 we had 579 reports, our best year so far for the species. 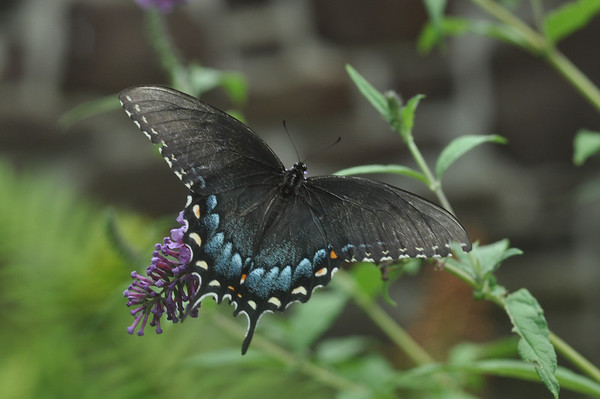 A dark form female eastern tiger swallowtail, photo’d by Will Kerling at the Cape May Historical Museum, 7-13-12.

This entry was posted in Looking At Our Data, Skippers, Swallowtails. Bookmark the permalink.