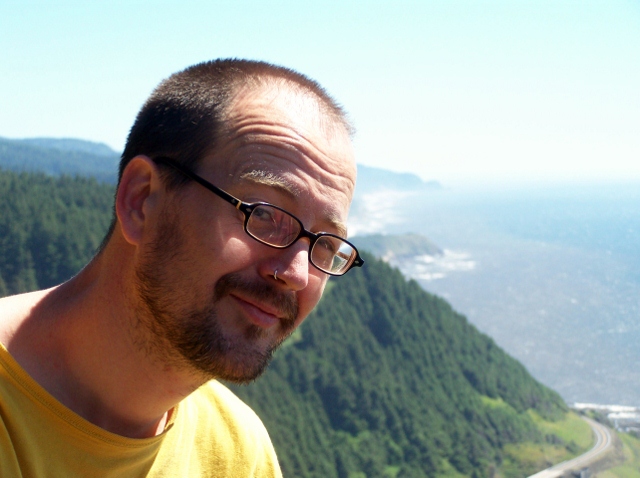 Nathan’s collection of 50 flash fictions, The Origin of Doubt, was published by Press 53 in  2018 and was selected as a finalist for a 2019 Lambda Literary Award.

Nathan has taught creative writing and Literature at various institutions, including Middle Tennessee State U., University of Richmond, and Virginia Union University. He currently is a Professor at Stockton University, where he teaches creative writing; literature; and Women, Gender, and Sexuality Studies.

Nathan grew up in a cabin in rural Maryland and studied Literature at the University of Maryland (BA) and Carnegie Mellon (MA); he received an MFA from Virginia Commonwealth University, where he was their first Truman Capote Literary Scholar. He has hiked in the Himalayas, biked along both U.S. coasts, studied at a Thai monastery, lived on a queer commune in Tennessee, and for ten years cooked for a Buddhist meditation retreat in Oregon.

He now lives in the Germantown area of Philadelphia, PA, with his partner Courtney. His dog Gracie (featured in the “This I Believe” essay found in the “Select Essays” page) passed away in 2011.