Out of Eden Walk Discussion

In 2013, reporter Paul Salopek began a journey where he would retrace the steps taken by the first humans to migrate the Earth. This project is still in progress today as Salopek makes his way through India in April of 2018. The expedition began in Africa and has been “broadcasted,” on the National Geographic website ever since as the team has shared photos, videos, and stories of individuals who Salopek has come across. Salopek has trekked through these locations and shared stories of these folks with anyone who wishes to see, connecting us all in a way. Every 100 miles Salopek writes a milestone post where he shares a story of an individual that he met in attempt to record a “global snapshot in time.” He also includes a panoramic shot, a short video clip, a landscape and sky picture and a brief description of the location. In this blog I will go into detail about three milestones that I visited on the website. I recommend you check out the full website for yourself to explore Salopek’s revolutionary experiment.

Naturally, the first milestone I decided to dig deep into was milestone 1, which was called Herton Bouri. It is believed that the first humans lived near Ethiopia due to early human fossils being found in this location. Additionally, the bible mentions the Garden of Eden being near this location which is where the story of Adam and Eve took place. On day 1 of his journey, Salopek stood on the dusty ground of Herto Village at an 1809 ft elevation as he prepared to step into the history books. The first person that Salopek came across in his Journey was Idoli Mohamed, a 40 year old pastoralist (sheep/cattle farmer). Salopek asked the man a series of questions such as, “Who are You?” “Where do you come from?” and “Where are you going?” The man said that he believes in Adam and Eve and he believes that if he becomes educated one day he can go anywhere including America. He also dreamed of a better life for his children than the one that he has himself. It is easy to tell that this area is scorching hot through Salopek’s photos. The video highlights show that the citizens are not very wealthy but are enamored with the technology that Salopek has brought with him. This is the first of many mile stones that Salopek will achieve.

The panorama view of milestone 11 shows two camels, two men, and lots of desert. This milestone marked 1,000 miles and was located near Dahaban, Saudi Arabia at an elevation of 15 feet. In the description, Salopek talks about his intense fight with the will to continue the walk as the sun continued to beat down on his back. Again, the landscape and sky pictures suggested that there was an extremely hot sun shining down. Unfortunately, this milestone offered no people to be questioned by Salopek as no one was around to be interviewed. However, the video that Salopek posted about this milestone included a nearby highway where people were speeding by. This proved that the area is industrialized to a certain point. It is interesting to think that this is where the first migrating humans traveled through. Of course, there was no highway back then! 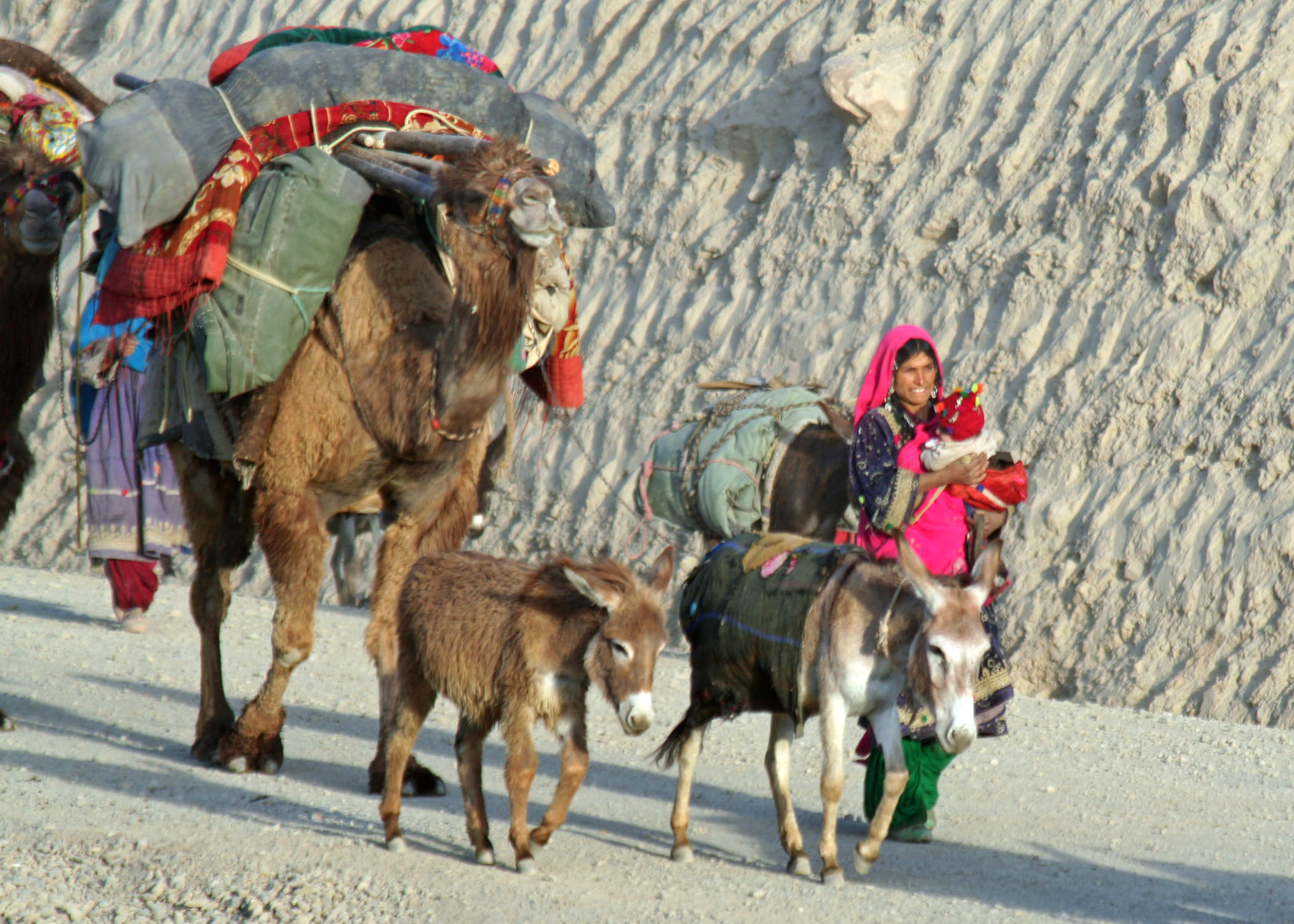 The final milestone that I will discuss is the most recent. The current chapter that is in progress as I type this is Chapter 5: Riverlands. Currently, Salopek is walking through Southeast Asia, viewing the fertile lands and water systems. Much different from the first two milestones that I covered, milestone 54, grand trunk road is not a dry, desert-like area. The Grand Trunk Road is older than buddha and has linked South Asia to Central Asia for 2,000 years. In this location there are people everywhere, unlike the previous two that I discussed. The photo that was shared included plenty of vegetation and traffic signs which also differed from either of the two previous locations before. The man that Salopek interviewed was a robber who was transformed by his religious leader and he claimed to have a different heart now. He is now a rickshaw driver who gives rides to poor people when they need them.

Exploring this page is like being on the journey for yourself. My favorite part was hearing the stories of the men and women that Salopek encountered along the way. To me, it is heartwarming to think that no matter how far they are, each human has a unique story that teaches lessons and that is just as important as the next. This is evident through the last story I discussed which is tells of a robber who turned into a giver. Looking through this website can not only teach history lessons but life lessons as well. This is a great tool to give students as they can navigate the site as they please and learn valuable information.