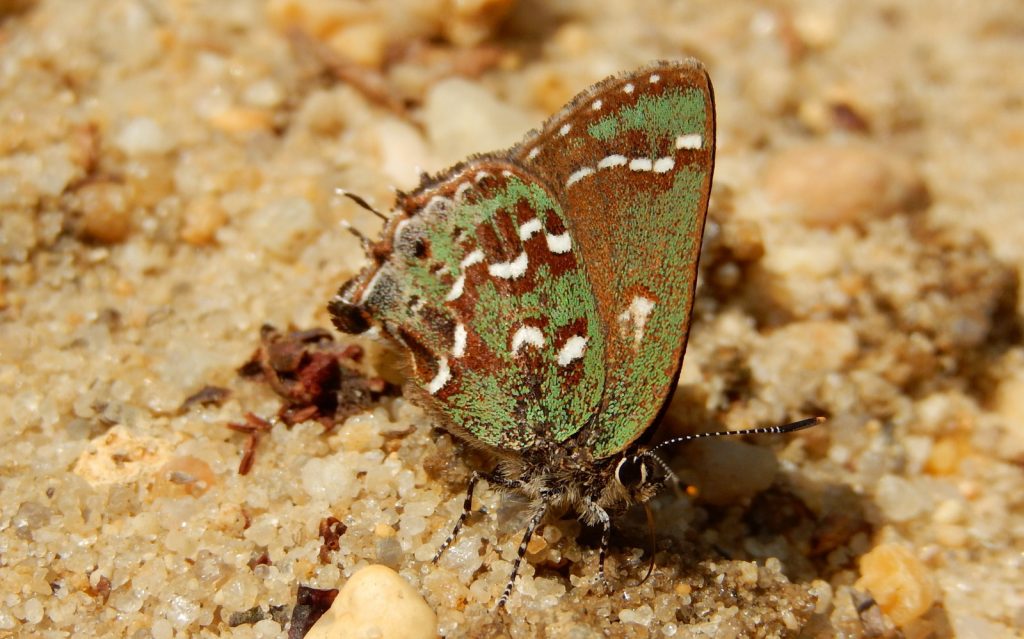 Yesterday (April 25) we had our first two reports for Hessel’s hairstreak for 2016 and all three observers noted that they would prefer to have the sites where they found this rarity left as “undesignated.”

The arguments pro and con collection have gone on for many years, and I would like to leave that hot topic unexplored for the moment. (You can always “Leave A Comment” below.)

In the meantime, all observers should know that it is perfectly OK to leave a site “undesignated” if you are uncomfortable revealing it.

Mapping our finds, as we have been doing for nine years now, has contributed a lot to our general knowledge of the range and habitats of South Jersey butterflies.  It would not be a good development if leaving sites “undesignated” became a common practice. It would mean valuable information left undocumented.

On the other hand, many butterflyers are concerned that their sightings of rarities could lead to their collection and possible elimination of the species at the locale where they discovered it.

Here are fourteen species of South Jersey butterflies whose locales you might decide not to reveal.  The decision to do so is up to you.  The group includes four that are already on the Threatened and Endangered List in NJ.

The NJDEP organized an evaluation of these and other NJ butterflies in 2014 “The Delphi Project.”  After several months of analysis and back-and-forth, the panel of seven made recommendations for moving several of the species above (as well as a number of North Jersey species) to listed status.  As I understand the current situation, the panel’s recommendations have not yet been approved.

This entry was posted in Conservation Action. Bookmark the permalink.