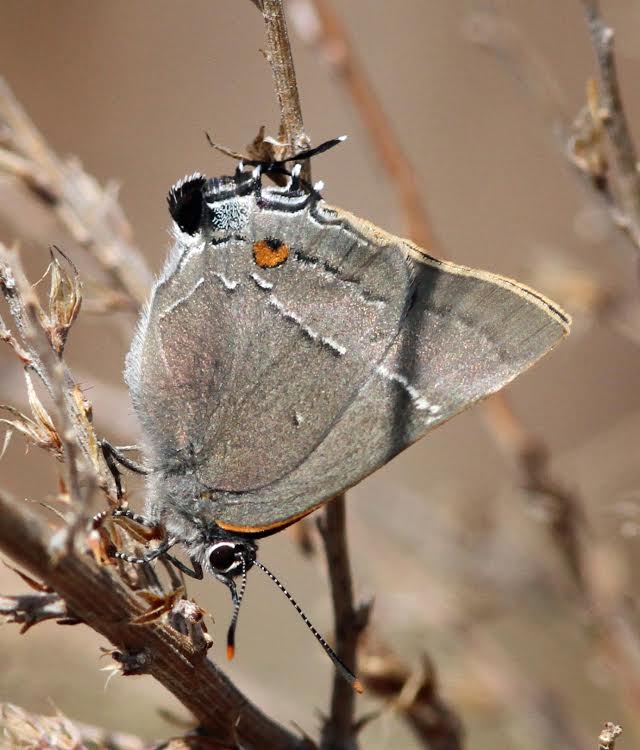 In one day we topped our total for the entire month of March (4 species, 44 individuals).

Harvey Tomlinson’s white-m may be the most eye-catching find because it is one of South Jersey’s most charismatic species, because it emerged on close to the earliest date we have recorded on our log (March 30, 2012), and because Harvey’s photo is so good.

Let’s not overlook Jesse Amesbury’s find of clouded sulphur, however.  That’s a more common species, of course, but it’s probably often overlooked in our area (where it’s so easily confused with orange sulphur), and April 1 is new earliest-ever-date for our log.

Those two finds, plus the find of e.t. blue last month, suggest that long winters do not necessarily hold all butterflies back.  At least a few individuals can emerge even when conditions have not been very inviting.

But the big news in our local butterfly world this week is the emergence of Celastrina lucia. Blueberry azures are as charismatic as any species we have on NJ’s Coastal Plain. Among other delightful attributes, they are usually the first species to break from their pupae each spring, their seasonality is synchronized with the blooming period of one of the most characteristic plants of South Jersey, they can be seen for only a few weeks each year, they are one of North America’s most recently- described species…..and they are beautiful.  Some photos from Will Kerling, Jack Miller, and Pat Sutton taken this week demonstrate that.  (See the log for more details of these and other finds.) 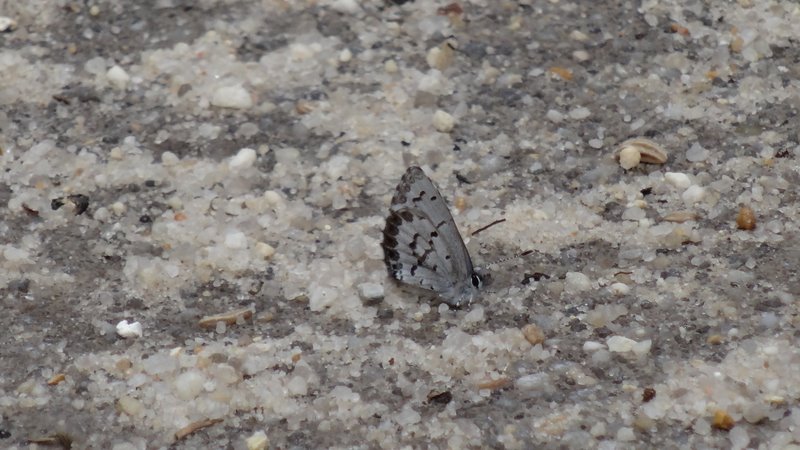 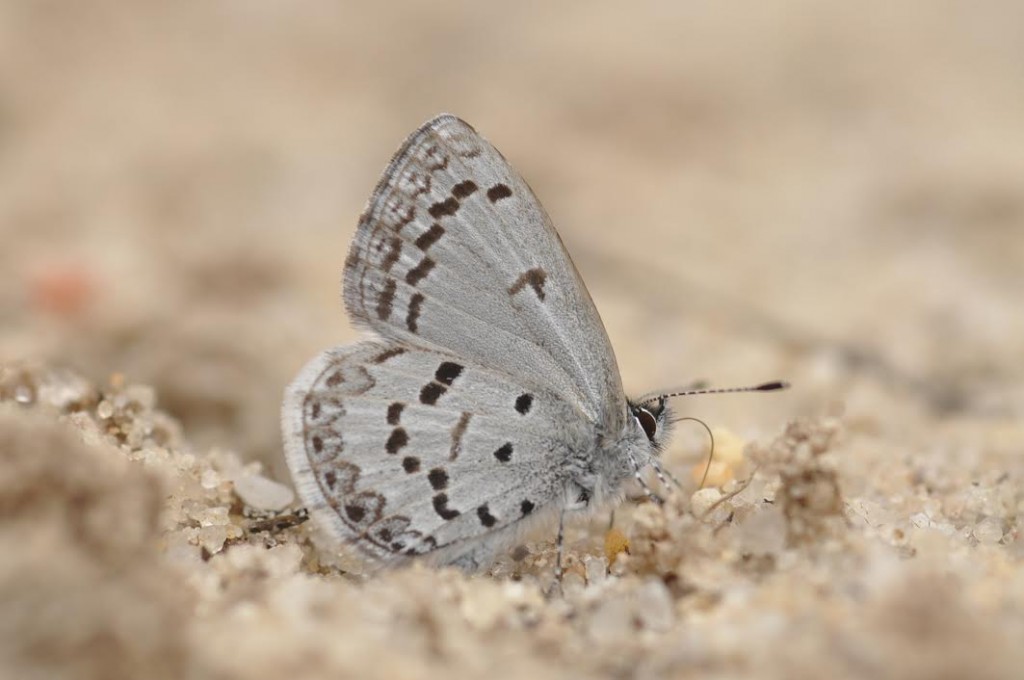 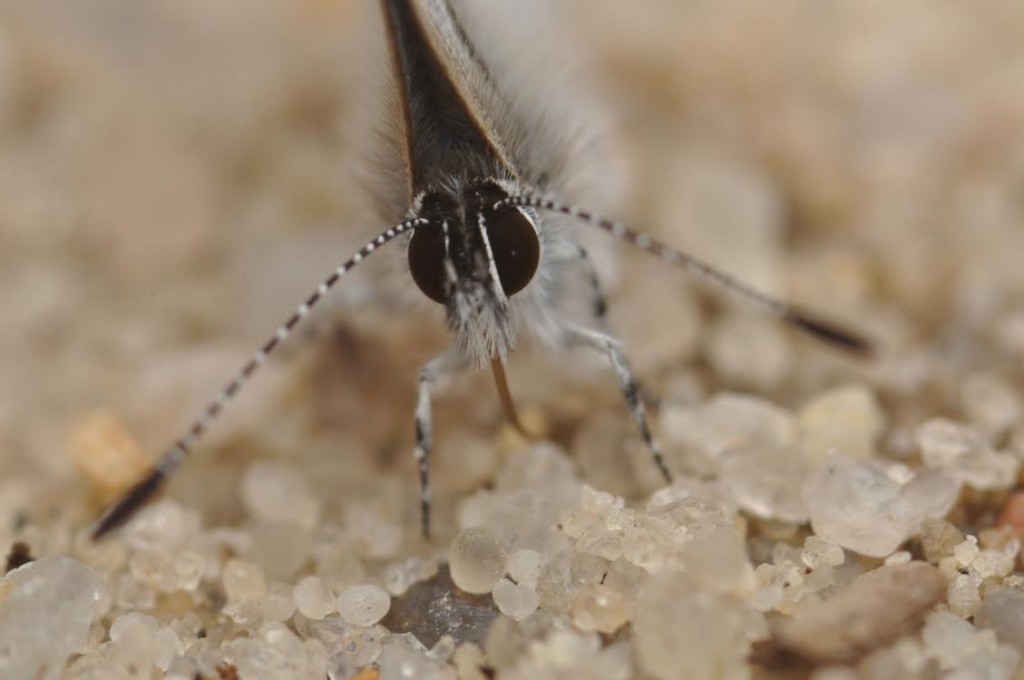 Blueberry azure, same “violaceae” individual as above, up close and personal, photo’d by Will Kerling on Beaver Dam Road, April 2. 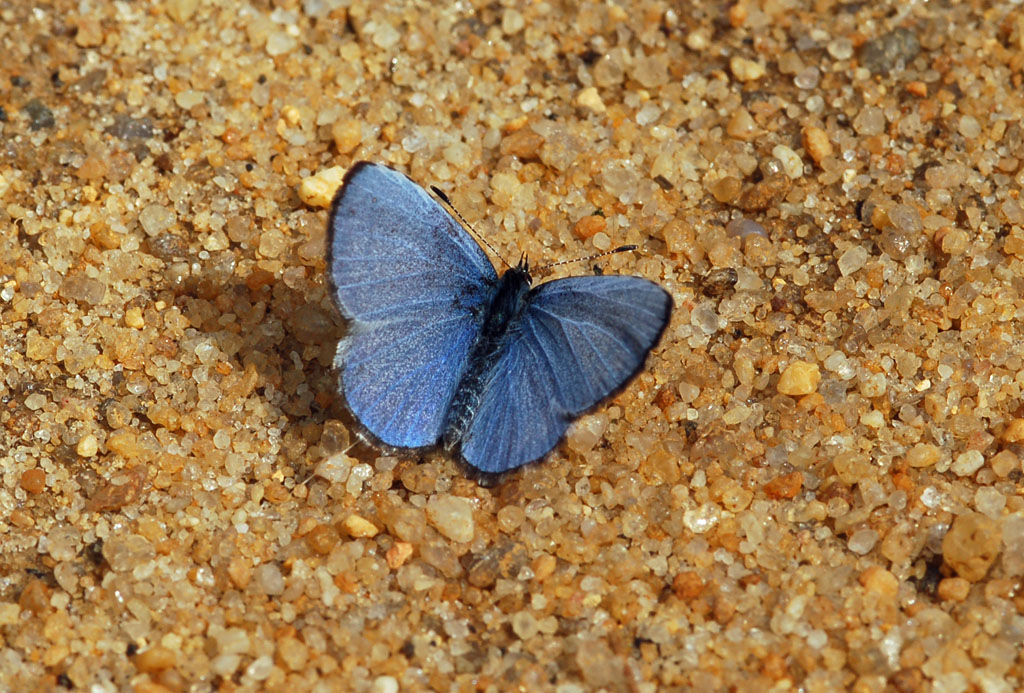 Is it a morpho wandering here from the tropics? Photo by Pat Sutton on April 3 at Old Robbins Trail, CMY Co. (Speculative ID provided by Clay Sutton).