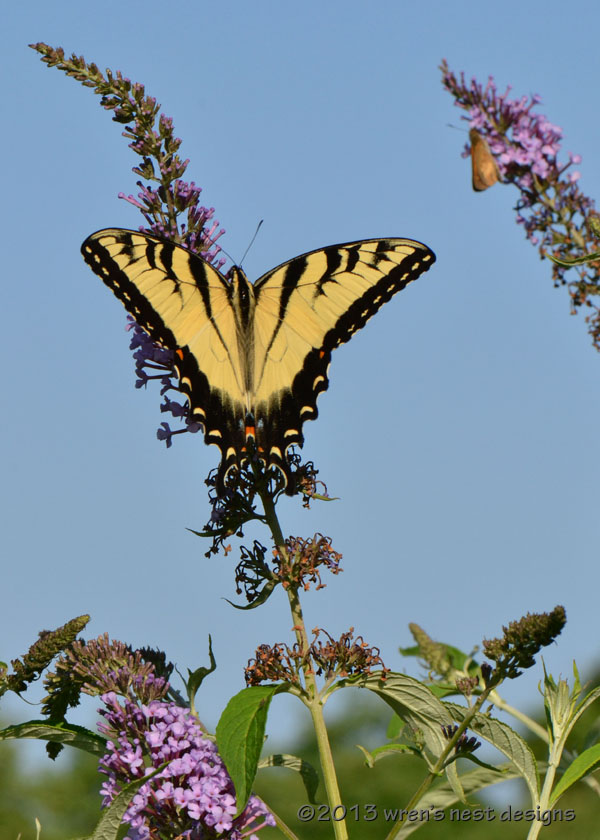 What a show!  Our most eye-catching butterfly seems to be flying wherever you look — and in numbers not seen in many years.

We don’t have daily/monthly data going back before our log began, but we do have numbers for the past few years, thanks to all the good work you are doing out there. 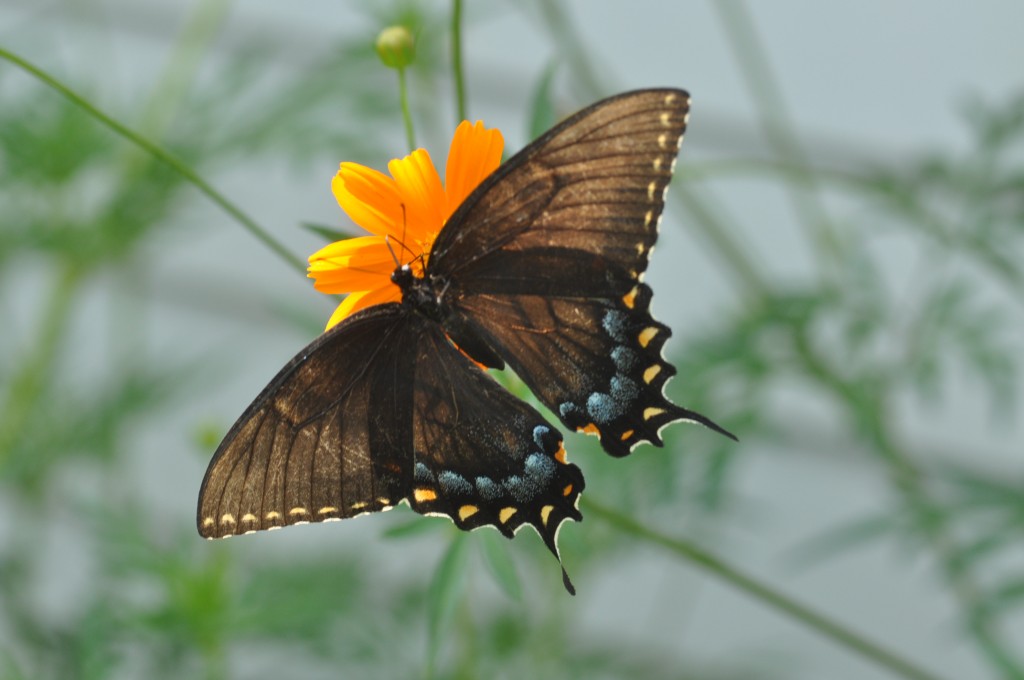 Our data show that the tiger’s annual sequence is a very regular one —  although the peaks and valleys vary in size from year to year.

April:  We see the first adults on the wing in the second week in April (early date = 4-8-10).  Our log average for the month: 18 reports and a total of approx 31 individuals.

May:  Numbers increase in May, as more adults emerge from the chrysalises where they have spent the winter.  Our log average: 50 reports, totaling approximately 117 individuals.

June:  the numbers generally dip, as the adults from the over-wintering population have mated, laid their eggs, and died off. Log average: 27 reports, 74 individuals.

August:  August counts have been both higher and lower than July counts. Presumably, we are seeing in August both late-emerging/lingering adults of the 2nd brood and also the first adults emerging from the 3rd brood. Again, the timing and success of both broods (especially the fate of the caterpillars, presumably) probably depends on weather variables and other unpredictable circumstances of each summer season.  Log average for the month: 73 reports, 276 individuals.

September:  Numbers always drop sharply in September.  Presumably, adults of the 2nd brood do not survive long into August, and by mid-September most adults of the 3rd brood have followed them, having mated, laid eggs, and died.  Log average:  25 reports, 115 individuals.

October:  all adults are gone by the first week of the month. We have had only half a dozen reports for the month and none after October 6 [but see Cynthia Allen’s note in Comments below. South Jersey’s late date — and also apparently the late date of the entire state — is now 10-28-07.]

November-April:    The species over-winters in the pupal state.

The graph here of all reports, April 2009 to October 2012, shows this general overall pattern:  low in April, up in May, down (generally) in June, up high in July and August, and dropping in September.

The graph and the averages smooth out the data, of course, and so may be a little misleading. Swallowtail numbers vary significantly from year to year — as every veteran butterflyer knows.

For a “warts-and-all” perspective, see the table below with the raw numbers of all individuals reported for each month since April 2009.

2010 seems closest to the pattern that may be emerging this year.  That was the one previous year where the June total matched the May total and the only year when we topped 500 individuals in a single month.  One difference:  2010 started with a bang, with our highest total ever for April.  In April this year, despite our increased number of participating observers, we found only 18 adult tigers on the wing, our lowest first-month count since 2009.   (Perhaps, our rainy June 2013 made especially good foraging for the offspring of those few adults, leading to a higher survival rate for the 2nd brood caterpillars? In any case the 2nd brood outnumbered their first brood parents by a significant margin.)

Will the two months to come follow in 2010’s pattern, with tigers peaking in July and fading in August?  Or, will they continue to increase in August as they did in August 2009 and August 2012? In that case, 2013 will end as a truly spectacular year for the species.

Stay tuned, everyone!  And keep reporting what you see! 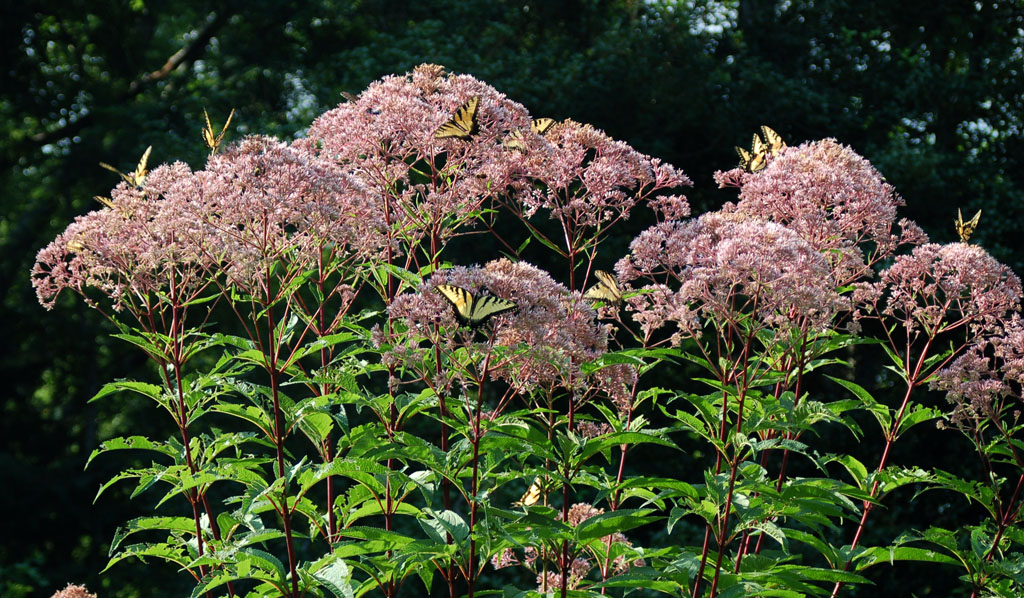 Josh Nemeth had 26 tiger swallowtails on Joe-pye-weed in his garden in Goshen on 7-22-13. Photo by Pat Sutton.

This entry was posted in Eggs, Cats, Chrysalids, First Emergences, Late Dates, Looking At Our Data, Swallowtails. Bookmark the permalink.