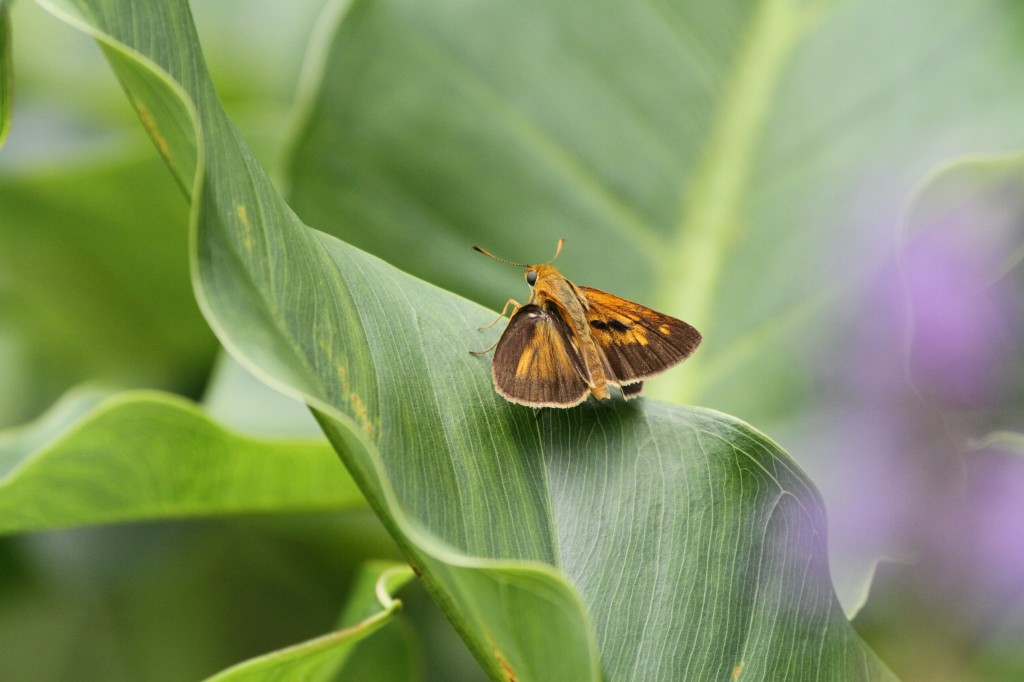 Is this shot by Brian Johnson the best photograph ever taken of a dion skipper from a surfboard in the history of North American lepitdoptery?

At least a dozen of our contributing observers were out in the field over the weekend, Saturday and Sunday, and we had some cool finds.

Brian Johnson may have invented a new mode of butterfly-chasing as he brought his surfboard to the Tuckahoe River — and documented 71 mulberry wings and 34 dion skippers!

(Now, rumors have it that dozens of paparazzi are mucking through the wetlands of South Jersey in the hopes of photographing Brian on his surfboard on his next excursion. If one succeeds, you will see the photo here!)

The individual above is oddly-marked, but Brian, Will Kerling, and David Wright all agree that it is a male dion. David Wright notes, “Gotta commend Brian Johnson for his ingenuity. Mulberries vary from dark brown to black (featuring no spots or just very tiny pale spots). The latter variant is f. ‘suffusa’ named by Phila Laurent in 1891 from ‘meadows and Swamps’ around Philadelphia. That area is essentially coastal plain and marshland skipper populations are continuous with all those in south Jersey.”

Chris Herz used a more traditional methodology for her best find over the weekend. She walked out her back door to her garden — and discovered a dark female tiger swallowtail nectaring there: 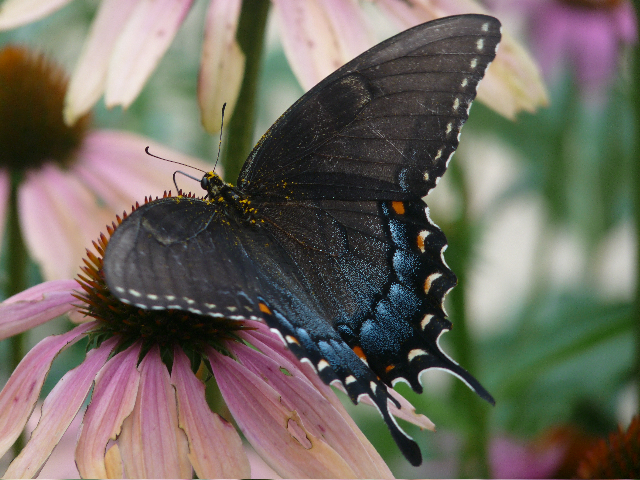 Dark female tiger swallowtail photo’d by Chris Herz in her garden in Audubon, 7-13-13.

We have have had few reports of those dark forms in our six years of logging. Please report any you find.

For an informative account by Harry Pavulaan and David Wright of their 2004 discovery of dark-form female Appalachian tiger swallowtails, Pterourus appalachiensis in West Virginia (following their initial study and discovery of that new species, 1985-2002), go here: 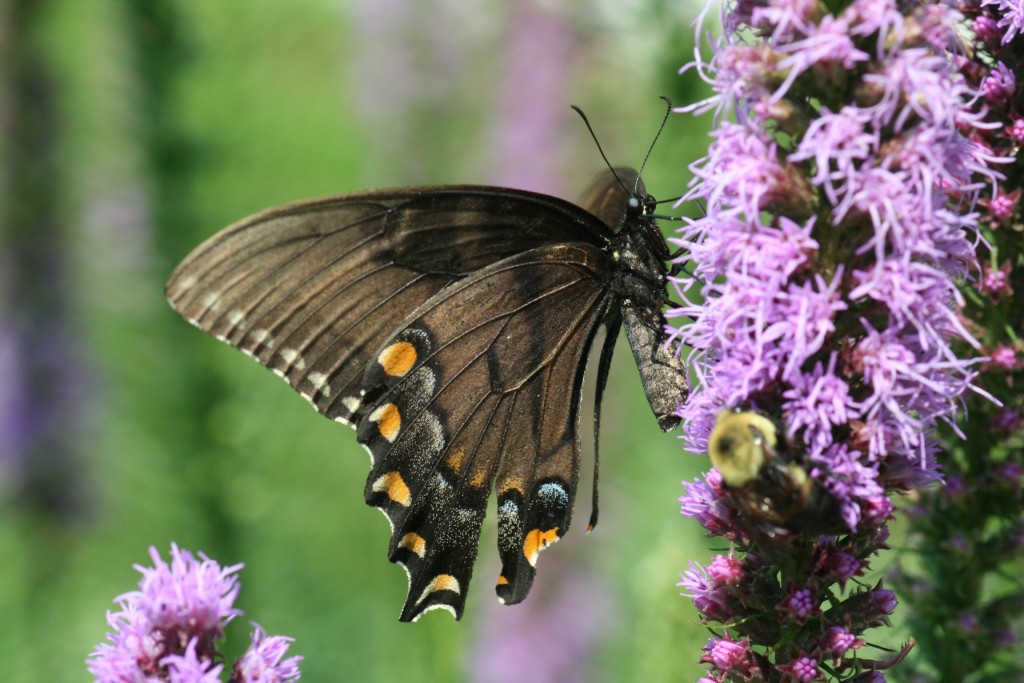