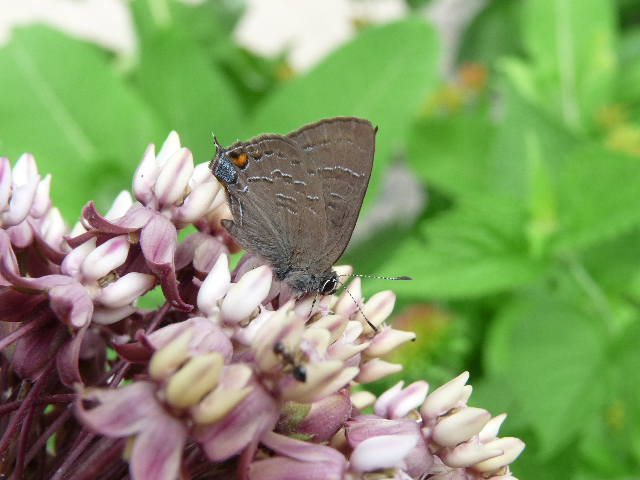 Banded hairstreak, photo’d by Chris Herz in her garden in Audubon (Camden Co), 6-12-13

The reports of banded hairstreaks in Camden County in the last several days from Dave Amadio and Chris Herz announced the opening of our Satyrium season and sparked me to look back at our five years of reports of this intriguing group.

See the attached for a breakdown organized by counties of our five SJ species:

For all reports of Satyrium on our log, go here:

For a post about the group from last year about this time, go here:

Update: Dave Amadio has now added Camden County to our list for northern hairstreak with a find and photo of the species in Cherry Hill on June 17, 2013.

This entry was posted in Looking At Our Data, Lycaenids. Bookmark the permalink.