But On Second Thought…. 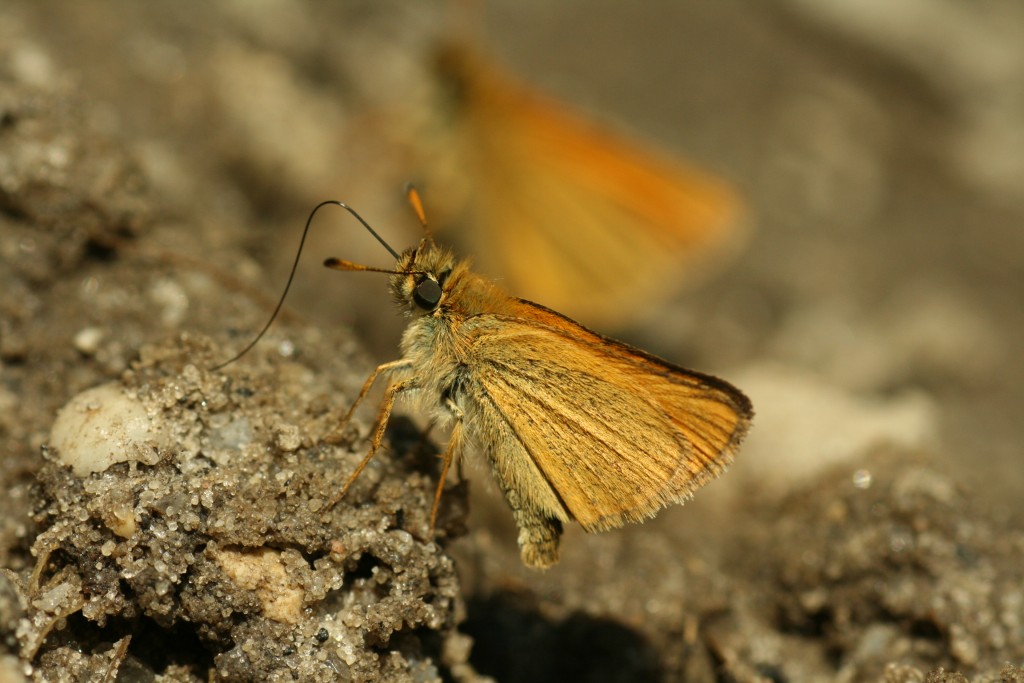 The last post below about European skippers from the other day represents the state of knowledge from last week… and now that understanding seems so obsolete!

Will Kerling’s find on June 5 sparked at least four other SJBFers to get out in the field searching for the species in the last week or so, and so we can now report — with complete  confidence and absolute certainty — that either:

Three days after alerting the rest of us with his first find, Will found two more individuals in Cape May Courthouse. Then, on June 11, Brian Johnson found four individuals each at two different places in the northwestern corner of Cape May County (Sutton Land and Stimpson Island Road).  Yesterday, June 12, Steve Glynn photo’d at least one of the three individuals he found on Lincoln Avenue in Vineland (Cumberland County). and Jesse and I found more than two dozen individuals in two farm fields on Stockton’s campus (Atlantic County). 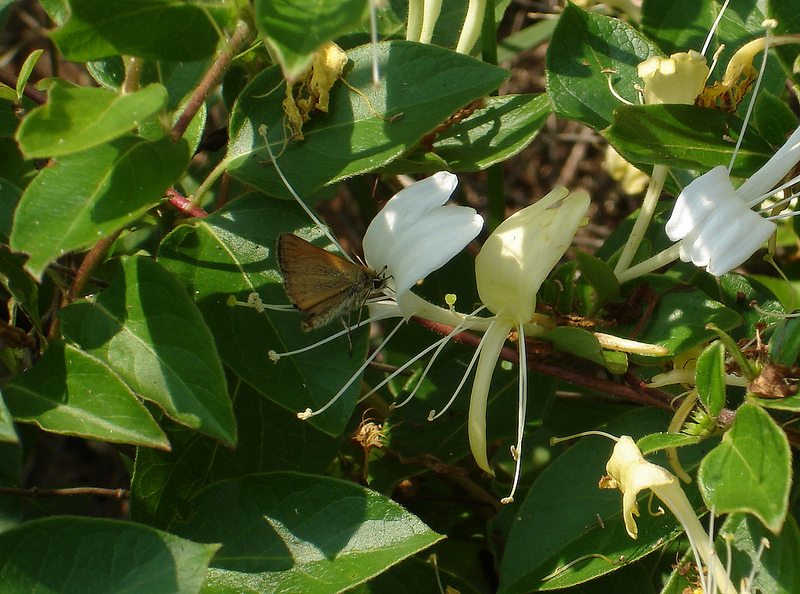 Stockton’s Kennedy Farm area has been a place to see the species in past years, but we never before noted it in the numbers flying yesterday.  We found several puddling on the farm trail, then as we walked through the high grass across the street (checking our bluebird boxes), they flushed so numerously they were hard to count.  Every skipper we caught up with was a European.

It seems a more variably patterned skipper than Jesse & I remembered. A few — the freshest individuals? — showed a surprisingly bright white on the underside of hind wing and along the abdomen. Also, the antenna clubs seemed not always as reddish as field guides sometimes suggest (or perhaps that color varies depending on the angle of the sun?). Here’s one individual showing much white on both hind wing and abdomen and without obvious red in the antennae: 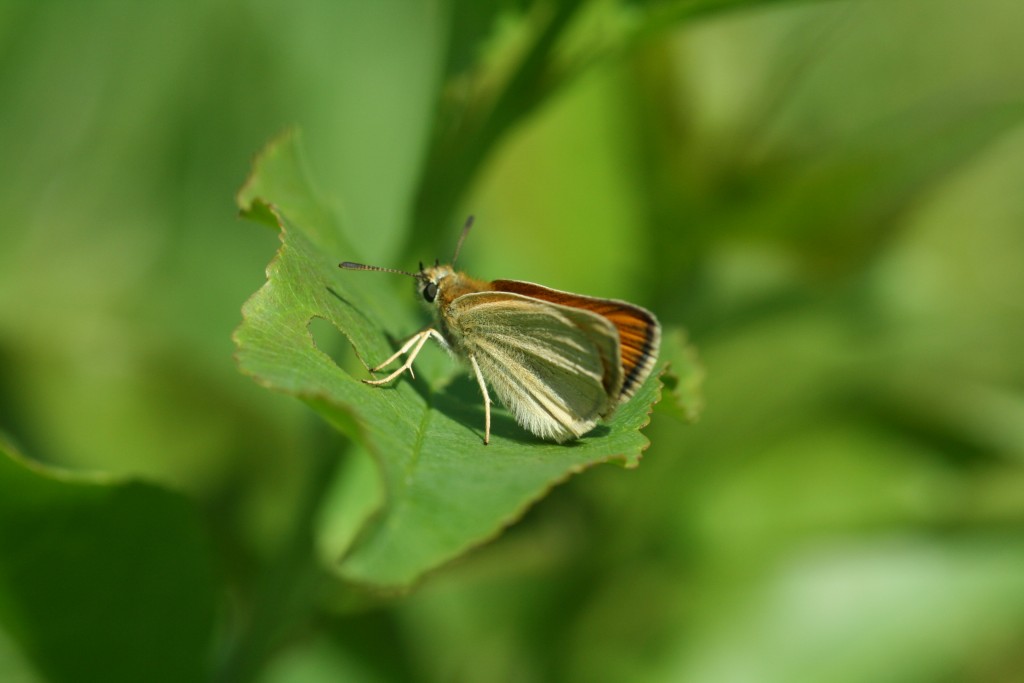 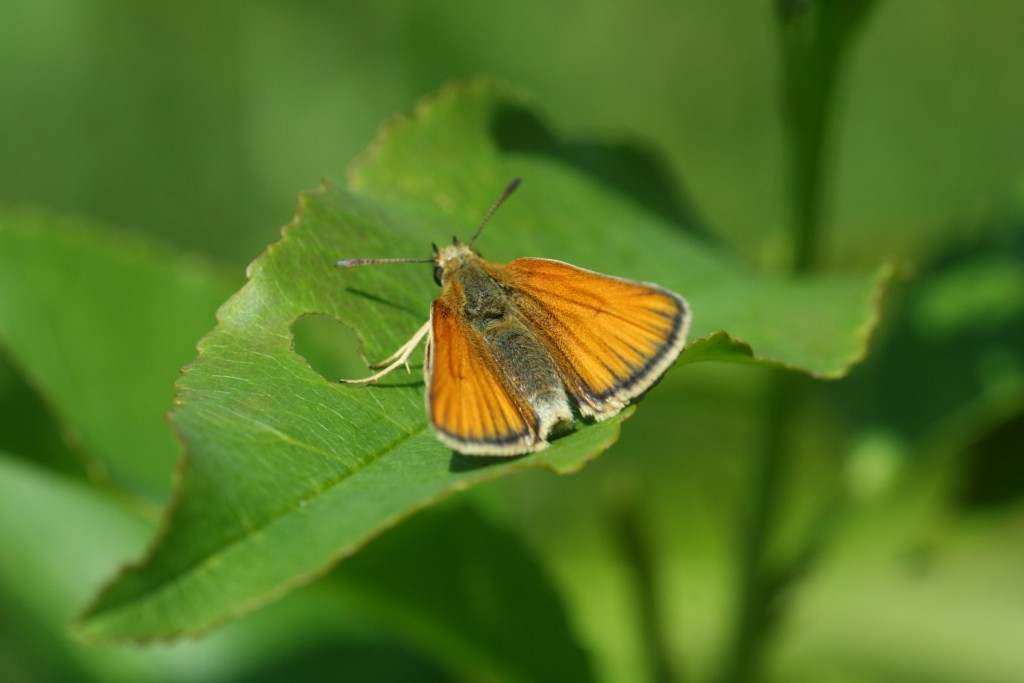 Same individual as above, a male, showing upper-side. The prominent white trailing edge suggests it is freshly-emerged.

Several (most?) showed a little “ray” across the hind wing below that may be helpful to ID. This feature can also be seen in the puddling individual in the top photo above, in Steve G’s photo, and in the individual on page 263 in Cech & Tudor’s Butterflies Of The East Coast. That feature, as well as the contrasting colors between hind wing and fore wing, may help separate the species from Delaware — at least for some of us (such as yours truly) who need as many differences as possible to look for to try to keep skippers identities straight. 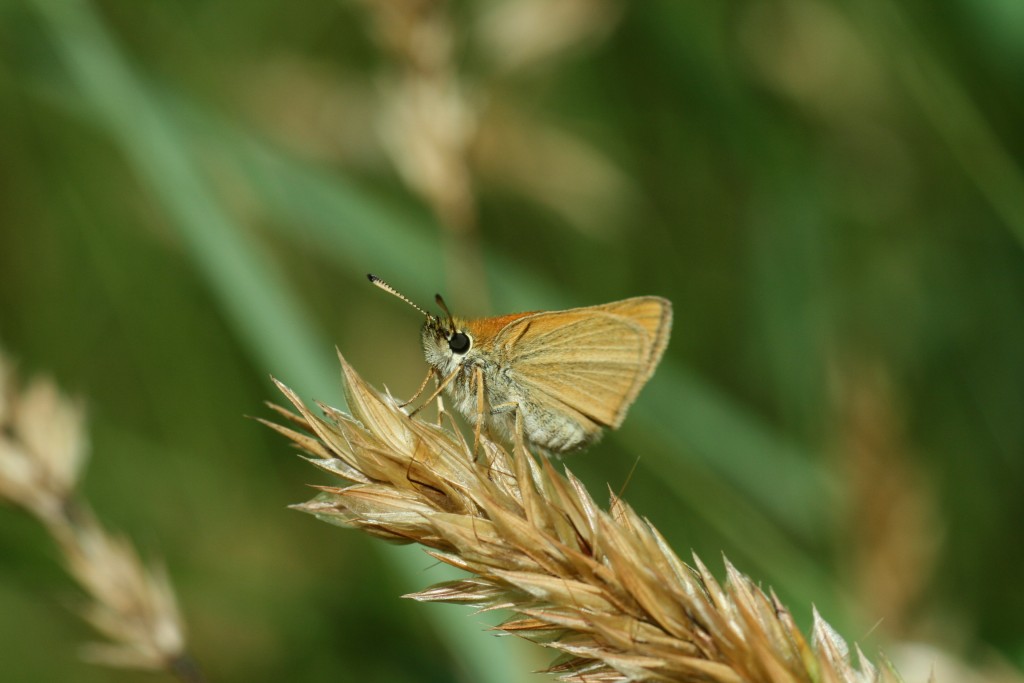 Could the ray across hind wing be a helpful ID feature? (Stockton Hospital Field, 6-12-13.)

So what’s the moral of this story? One week a species seems a rarity and the next it’s been found in three different counties by five different observers. Maybe there’s lot more to learn about our South Jersey Butterflies!

This entry was posted in ID Challenges & Tips, Skippers. Bookmark the permalink.