Dave Amadio’s sharp observing led him to photograph this apparently hybrid butterfly in his backyard in West Deptford on October 19. He reports:

This is at least the 2nd Limenitis archippus/arthemis hybrid that I have seen this year. I had one in Chestertown, Maryland, earlier.

This one is only about eastern comma or buckeye-sized. The red spotting on the HW & red spot/bar on the FW are clearly visible. Also in the dorsal view the HW borders look more like red-spotted purple with a hint of blue.

Opler states, “Sterile male hybrids resulting from crosses between the viceroy and the red-spotted purple or white admiral are rarely found in nature.”

Dave’s photo of the ventral surface: 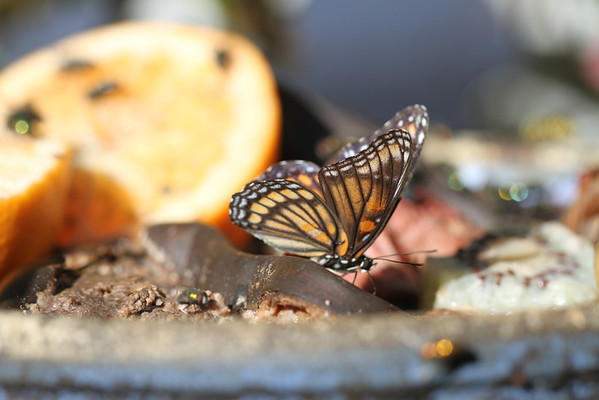 Congratulations to Dave on another excellent find — and for providing more evidence that nature’s mysteries can appear just a few steps from our backdoors, when we look carefully enough.