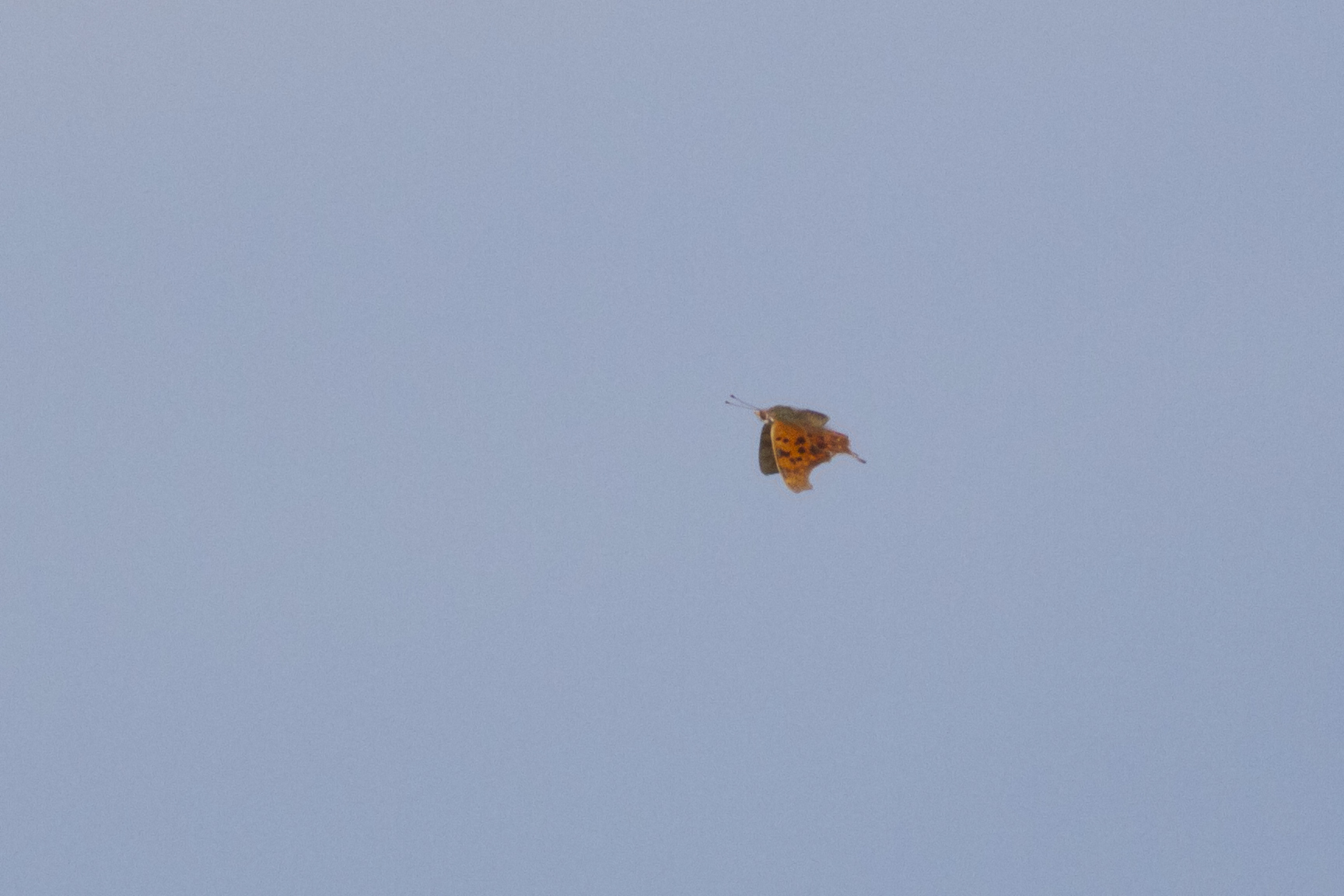 A questionmark on migration, photographed on-the-wing by Sam Galick at Stone Harbor Point, 11-26-11

As the month closed yesterday, butterflies are still flying in southern New Jersey. We gathered reports of flying adults from seven of the eight southern counties (all but Cumberland) and found nineteen species overall:

Bold print = single sighting only. You can see our log, of course, for the details of where and when for any of these reports. 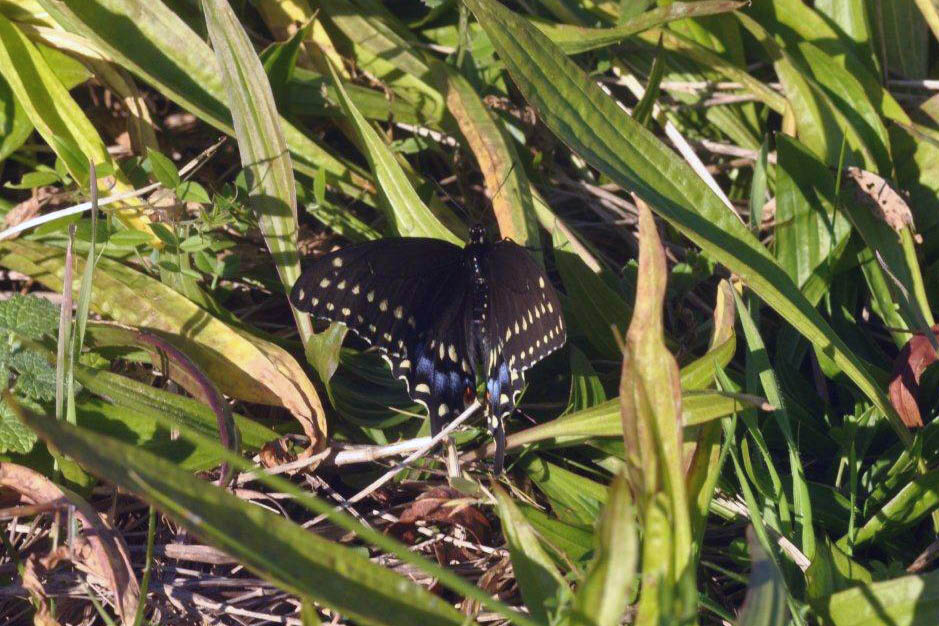 This year’s November diversity seems about average (based on our three previous years of logging). See the “Our November Flyers” post (from 11-5-11) for a summary of our first three years of records.

The “Butterfly Of The Month” award for November 2011 has to go to the white-m hairstreak found at the Triangle Garden by Cynthia Allen and Will Kerling on November 9. Not far behind as an unexpected surprise, however, was the summer azure discovered on November 11 by Jean Gutsmuth — with some bonus points for the northerly location in Haddonfield (Camden County). We have had only one summer azure report in previous Novembers (in Cape May County), and no November reports anywhere in our area for white-m.

Common buckeye was the species reported most frequently this November, with 109 reports. Monarch was the second, with 90 reports, and orange sulphur was third, with 73 reports. Sachem (45 reports) just outpaced fiery skipper (33 reports) as the most frequently-seen skipper.

As usual, and especially at this time of year, Cape May County led the way for us with the vast majority of sightings: 395 of the 496 reports. Gloucester County followed with 46 reports.

And now December has begun. How many species will fly in our final month of the year?

Every find from now until March, 2012, will be a surprise. Keep on the lookout, everyone! 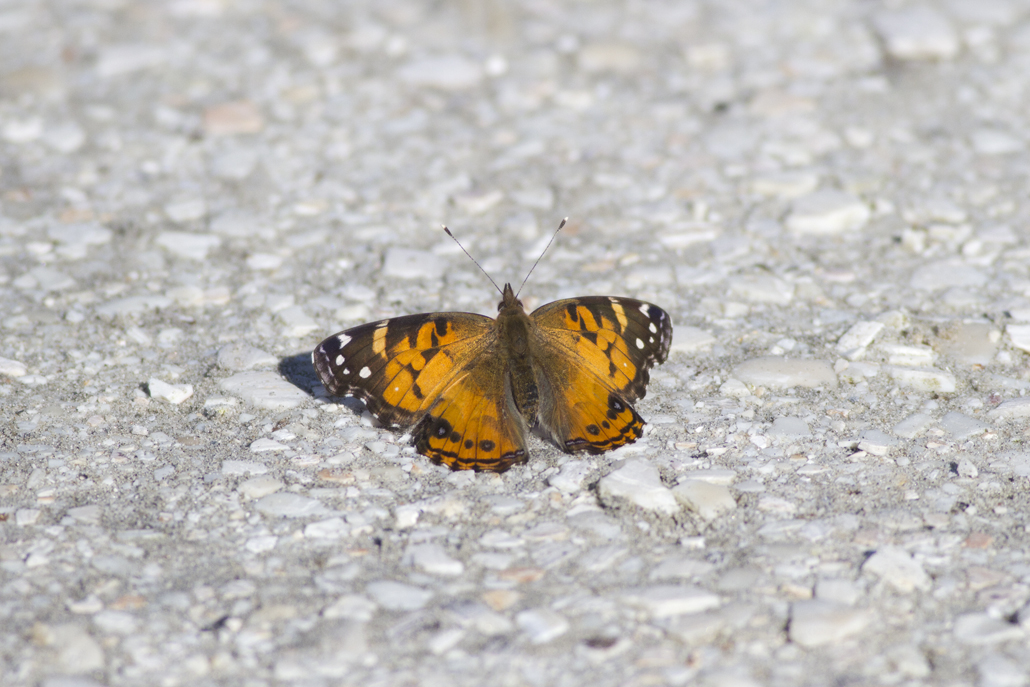