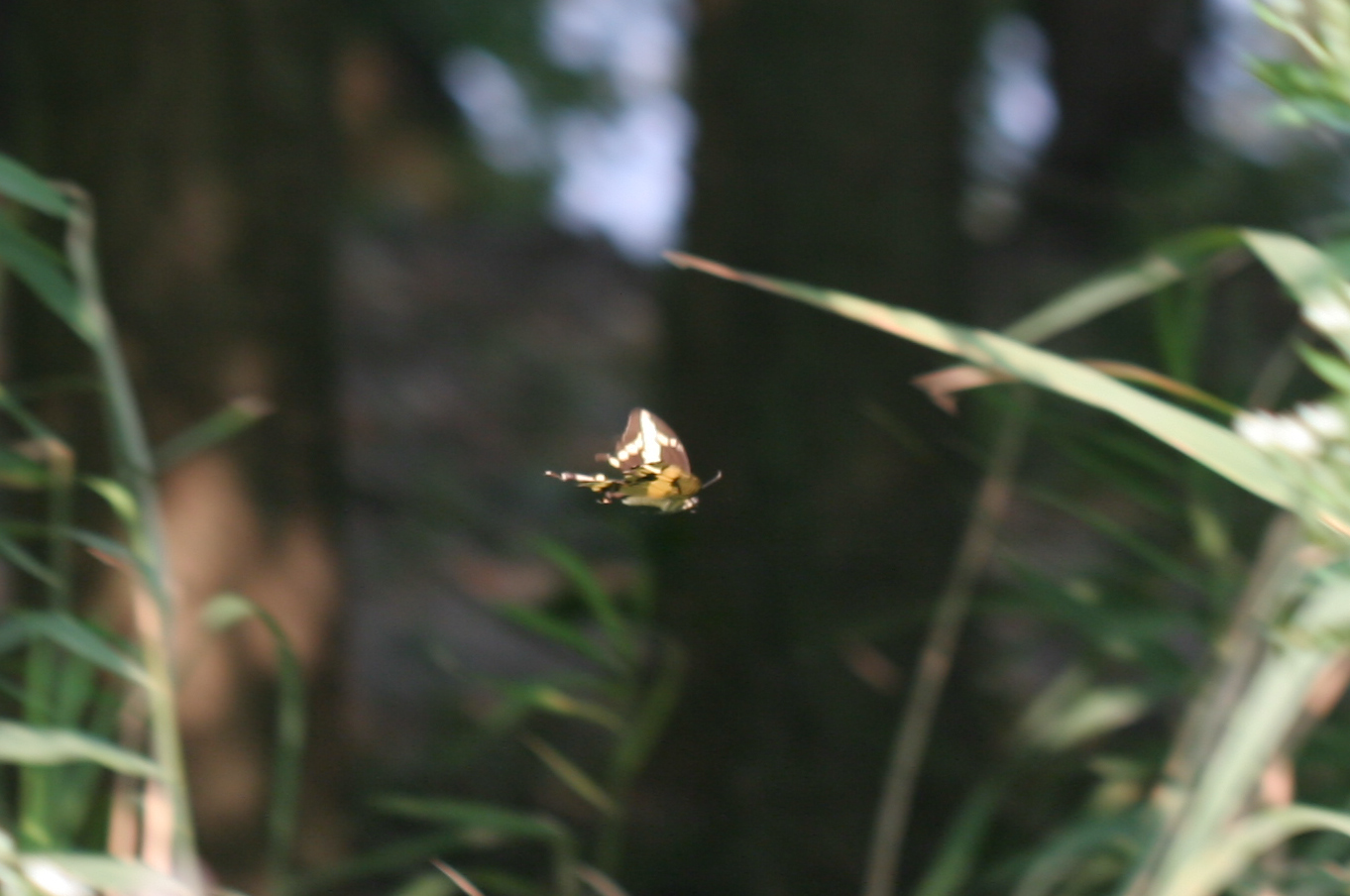 Giant swallowtail on the wing by Dave Amadio 9/3/11

Dave Amadio documented our 89th species for the year in South Jersey by chasing down and photo’ing a giant swallowtail, Papilio cresphontes, yesterday at Wheelabrator Wildlife Refuge in Gloucester County.

We had no reports of this species in South Jersey last year. We had two reports in 2009: one on 9/20/09 from Ward Dasey in his garden in Burlington County, and the other on 9/29/09 from Michael O’Brien on Coral Avenue in Cape May. In 2008 Will Kerling found one individual that lingered for three days in late August (8/28-8/30/08) at Leaming’s Run and Cynthia Allen had one in her garden in Cape May Courthouse also in late August (8/31/08).

So, that gives us one recent Burlington County, a handful of recent Cape May County records, and this most recent find from Gloucester County. All come from late August to late September.

In North Jersey the species seems to be attempting to re-establish itself after extirpation sometime in the 1940s or 1950s. It has been found at a few scattered locales over the last few years in Sussex County with generally increasing reports each year (as noted by Michael Gochfeld in The Pearly Eye): 4 in 2007, 22 in 2008, 16 in 2009, and 51 in 2010.

The expected host, prickly ash, Zanthoxylum americanuum, does not occur in South Jersey, however. So, the source of our individuals remains a mystery.

For more general basics of great swallowtail ecology, here’s a helpful compilation by:
H.J. McAuslane at the University of Florida 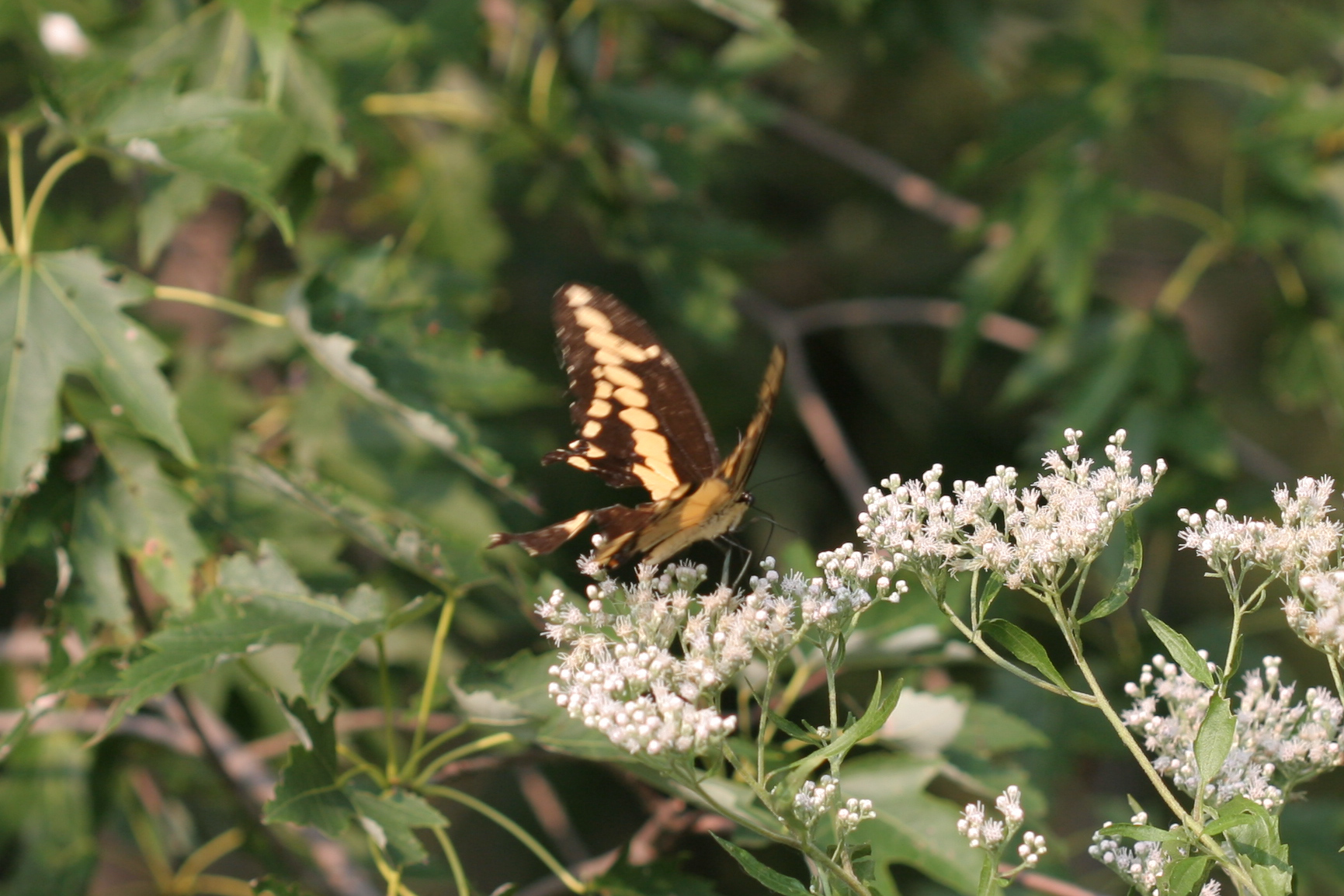 This entry was posted in Swallowtails. Bookmark the permalink.