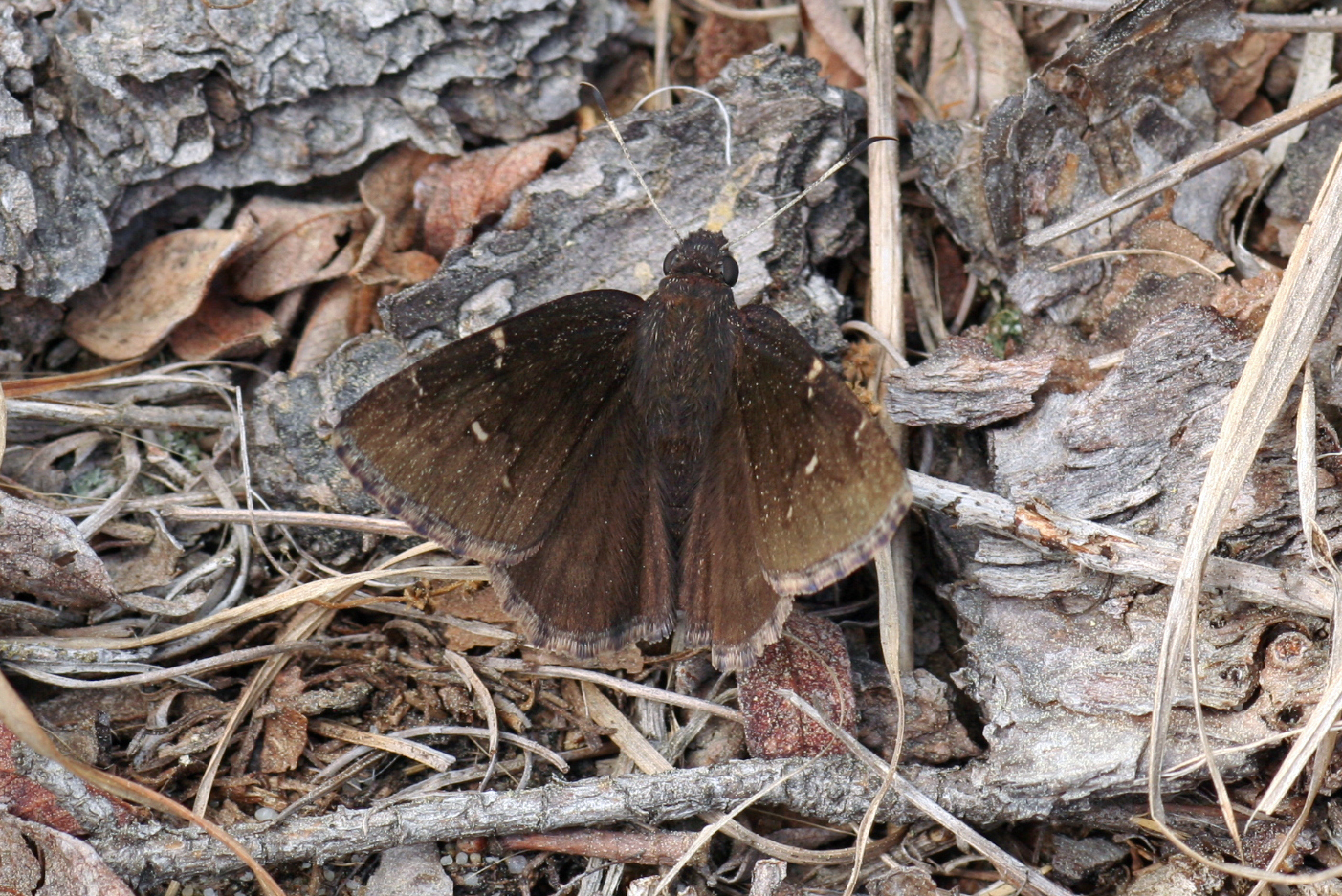 South Jersey has a number of look-alike/act-alike pairs of butterfly species: orange and common sulfurs, holly and blueberry azures, American and painted ladies, hackberry and tawny emperors, Juvenal’s and Horace’s duskywings, tawny-edged and crossline skippers, and others. Each member of each pair shares a close, common ancestor with its partner; many pairs occur in the same habitats and at the same times of year; and in a few cases the two members of the pair apparently even share the very same host plant.

Our two cloudywings seem to share especially similar ecologies, and for the last several days Will Kerling has been observing northern cloudywings and southern cloudywings ovipositing on the same plant species at Lizard Tail Swamp Preserve.

The plant involved is a Lespedeza (bush-clover) and both butterflies have been laying eggs on it regularly.

Here’s Will’s close-up of one egg — from a southern cloudywing in this case:

We don’t ordinarily think of butterflies competing with each other, but by the rules of evolution and ecology our two cloudywings (and all the species pairs above) must be in competition with one another. According to Darwin’s theory, the more closely-related two species are, the more intense the competition between them.

The American naturalist Joseph Grinnell synthesized that idea with others of Darwin’s ideas and pointed out in 1904, “Every animal tends to increase at a geometric ratio and is checked only by limit of food supply. It is only by adaptations to different sorts of food, or modes of food getting, that more than one species can occupy the same locality. Two species of approximately the same food habits are not likely to remain…evenly balanced in numbers in the same region. One will crowd out the other.”

Today this idea is known as The Principle of Competitive Exclusion or “The Rule of 4 Cs” (“Complete Competitors Cannot Co-Exist”). Ecologists generally agree that no two species can permanently overlap in any one area unless they find some way to “partition the resources.” The niches of any two species must differ in at least one significant way, or the better-adapted species of the two will eventually expand its numbers (expanding geometrically) through the shared range until it monopolizes all the resources for itself. The second species must find a way to avoid complete competition or it will be extirpated.

The ebb and flow of the Rule of 4 Cs seems to occur on too long a time scale for us to notice changes in a single season, or a single decade, and maybe not even in a single human lifetime. So, it seems to us that the two cloudywings and the others above share their habitats freely with one another. But competitive exclusion must be happening in some way, and thinking about the puzzles involved can add an interesting extra to our butterflying. Which of the two species of each of those pairs above seems to be doing better here? Is one generally more numerous than the other in certain habitats? Do the proportions of the two species change from year to year in response to weather patterns? Is there a host plant difference so subtle that no observer has ever noticed it? What about their seasonal timing? Does one always first fly a week or two earlier — or continue its egg-laying a week or two later?

Anyone with thoughts on this pair or the other close relatives above is invited to leave a comment.