“When are we going to use this in the real world?” This is the age-old question that has plagued teachers for centuries. Although this is an answerable question for most subjects, it is not always so easy to explain. However, every once in a while there is a gadget that can be used both in a school setting and in the real world, and it is easy to see why. This is the case with Google’s “Google MyMaps” which allows users to customize maps to make their own markers, routes and shapes on top of a “Google Maps” layer.

My first experience with Google MyMaps came recently when my global education class was asked to make our own maps to see how the gadget worked. I was asked to place five markers on the map of locations that had any meaning to me. I chose five spots West of where I live that I want to visit in the future. After placing the markers I realized how well these dots seemed to connect on the map so I made a route out of it. This allowed me to see which cities my potential drive would go through on the map. Ultimately, this made my dream of a Westward road trip seem like a viable possibility. Because of this, I have decided that as I find more places I want to go, I will add them to my map and adjust the route accordingly. It is very likely that when I embark on this trip, I will use this exact map as a guide. This map will serve me as a motivator, organizer and hobby. Here is a link to my work-in-progress map.

Here is a tutorial on how to use Google MyMaps which can be very helpful when trying to complete certain actions. As I mentioned, this is a great tool for making routes. Additionally, it can be used to save memories of places that you have traveled in the past or mark places where you want to go in the future. With Google Mymaps, you can even share your maps with others so that they can view your maps and/or help you edit them. The advantages of using Google MyMaps for personal reasons are obvious, but what about school? 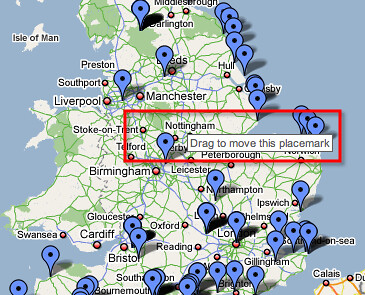 How can this tool be used in education?

One of the best features of this tool is the ability to place markers with descriptions under them. This means that students can place a point at any location and write anything next to that point. In a history class, students can place markers along significant locations of the Civil War that occurred in the the United States from 1861 to 1865. For example, a student can place a marker on Fort Sumter in Charleston, South Carolina and write, “This is where the first shot of the American Civil War was fired.” In a marine science class, a student can place markers along coast lines and explain what unique species live in those specific areas. Near the Bahamas, a student can place a marker and give facts on the Nassau Grouper in the description. There are many other examples of what students can do in other subjects using Google MyMaps. Some other tools include a ruler to measure distances between places and a shape drawing tool. Overall, Google MyMaps seems like a gadget that will bring life into the classroom as students will be excited to use the interesting technology. Students can learn while having fun through using Google MyMaps.