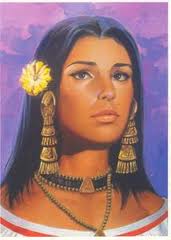 La Malinche, also known as Malinalli, Malintzin or Doña Marina to the Spaniards, was a woman from Mexico who played an extremely crucial part to the Spanish conquest of Mexico.  At a young age, Malinche was given away by her mother as a slave. By the time Cortez arrived to her new home, she understood the languages of not only the Mayans but as well as the Aztec’s. She was forcibly given to Cortez along with 20 other young women. Since Cortez could not speak to the Indians in their native language, it was necessary for him to find someone to help him speak to the Indian people. Over time, not only was Malinche just Cortez’s interpreter, but she was also his lover. She gave birth to his first son, Martin, who is known as the first Mesitzo. 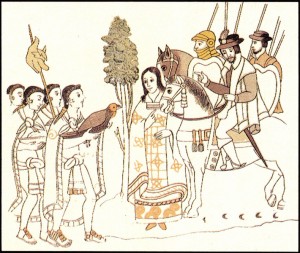 Malinche’s importance to Cortez goes far beyond just being an interpreter. Over time, Cortez was rarely seen without Malinche by his side. Malinche was also seen out at events by herself as an independent authority figure. Her help to Cortez ultimately lead to Cortez’s success in destroying the Aztec Empire. 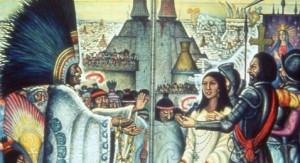 There is much controversy over Malinche’s character, even today. She is viewed, by some, as a traitor to her people for allowing Cortez to take control over her homeland. Others, however, see her as a strong, capable woman who helped shaped the Mexico we know know today.

Malinche, although her character is often debated, stands for strong women in an empire where women were not seen in any particularly important light. Her strength is seen by many in Mexico today and to some, she is seen as a heroic legend. There are many places in which one can go to get more information on Malinche and her help in creating Mexico. For those links, feel free to view our Reference page.